Eglinton Ave. has been plagued by construction for over a decade now due to the Eglinton Crosstown LRT, which is finally in its latter stages of completion despite soaring costs, a many-times-deferred opening date and a legal battle between the construction consortium doing the work, the province and regional transit agency Metrolinx.

While Eglinton has been deemed the worst road in the city for drivers, pedestrians, local residents and businesses — and as such, also the butt of many jokes — properties along the new line are becoming increasingly valuable, and multiple developers have in recent years set their sights on the street's key intersection.

Yonge and Eg, notoriously a bit of a nightmare amid the transit work, is the chosen locale for a number of new condos, to the frustration of local residents who don't want any more massive developments in the area.

The latest proposal, which is for 150 Eglinton Ave. E., is for a set of twin towers that will rise from a uniquely bright office and retail complex with a skylit central atrium and landscaped outdoor spaces. 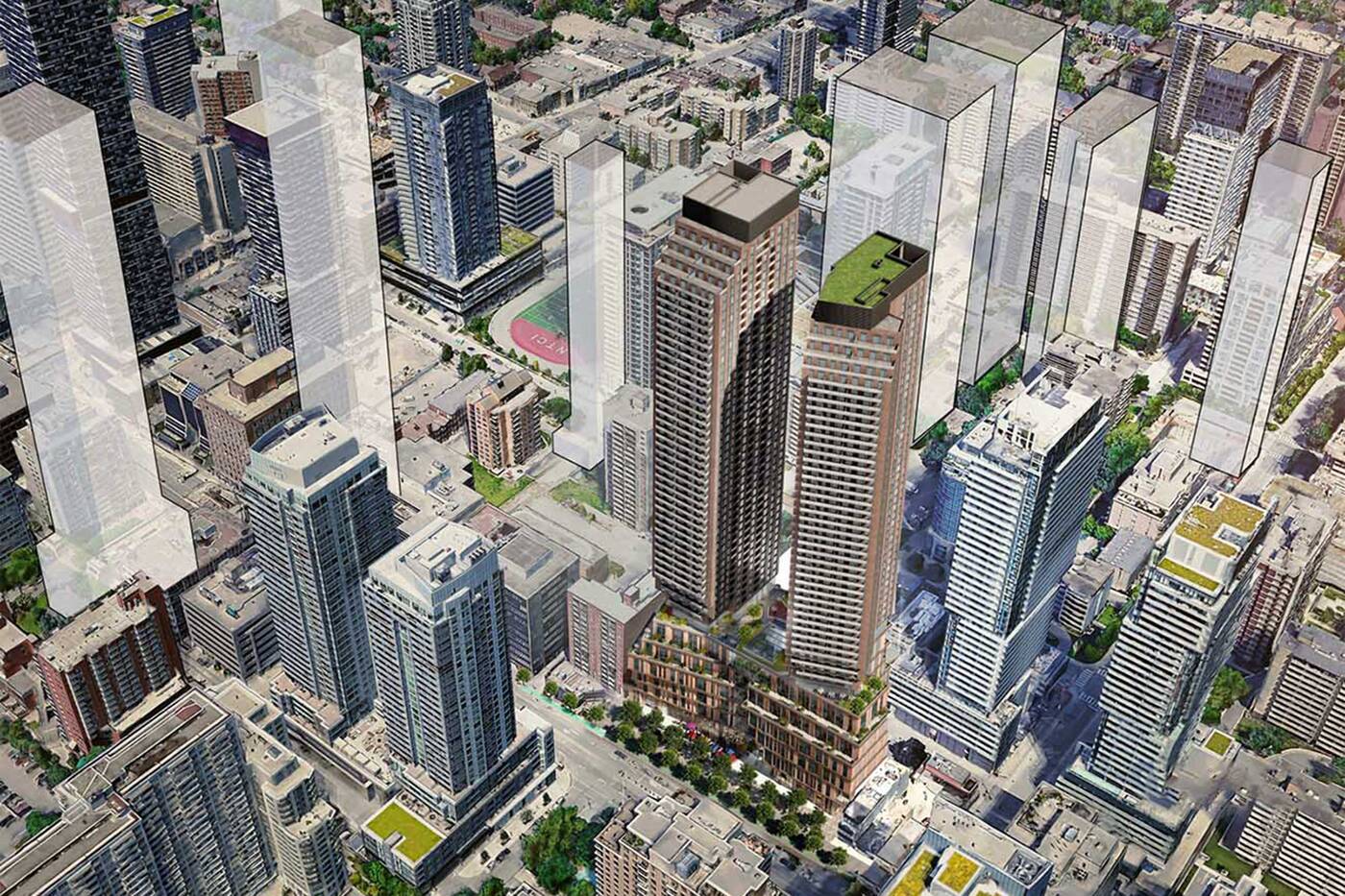 The twin towers will sit on six floors of retail and office space. Rendering by BDP Quadrangle for Madison Group.

The 52- and 49-storey towers will house a total of 845 new residences — 26 of them one-bedroom, 288 one-bedroom-plus-den, 338 two-bedroom, 91 three-bedroom and two bachelor-sized — and will have tons of green elements, including terraces, green roofs and indoor flora that will make the high-ceilinged central atrium feel almost like a botanical garden. 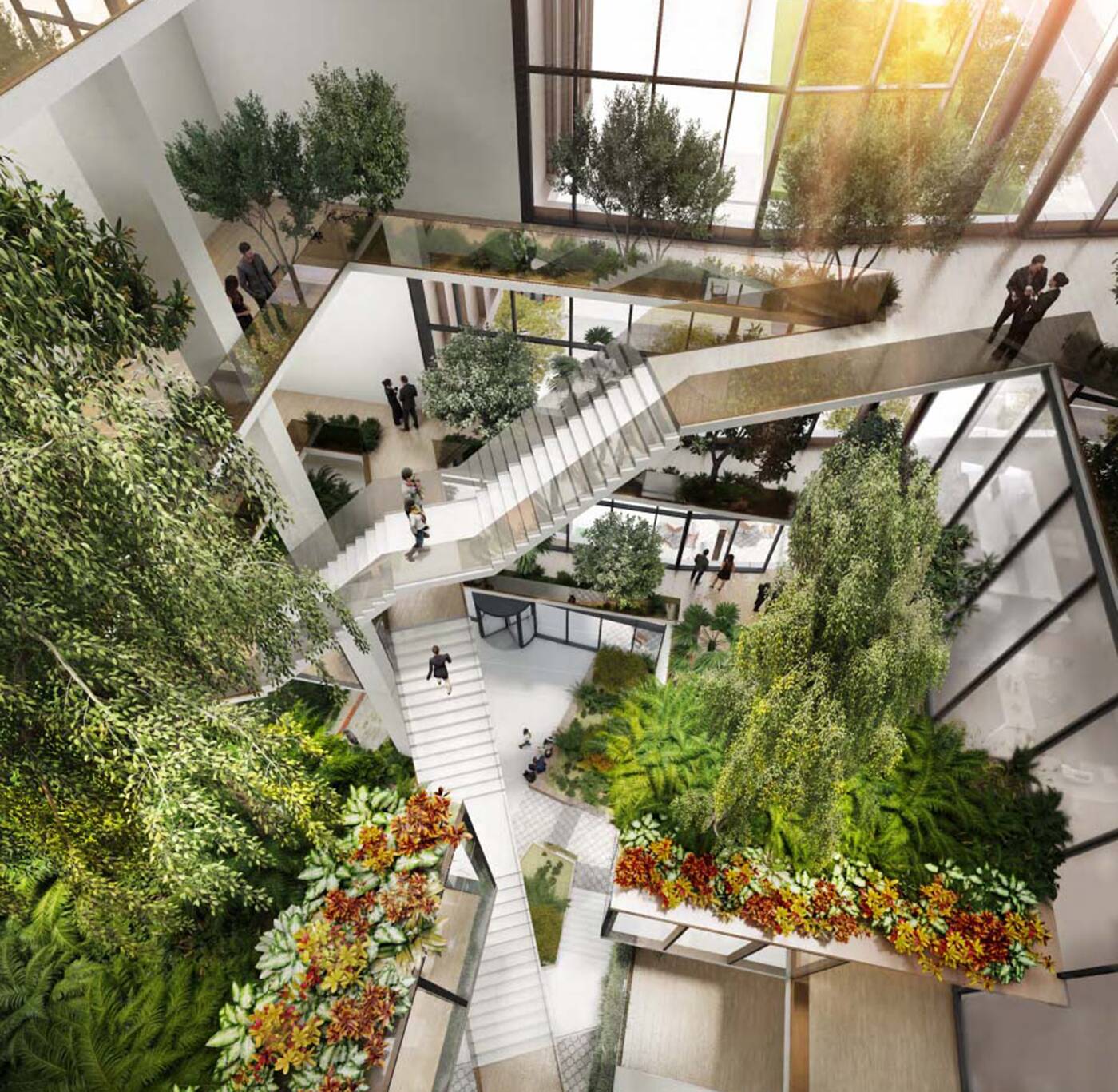 The indoor atrium will be skylit and full of greenery. Rendering by BDP Quadrangle for Madison Group.

The connecting base will have six storeys of publicly accessible space filled with more than 17,000 square feet of shops, cafes, seating, pathways, art installations and more that will open to both Eglinton in the front and Redpath Ave. in the back. 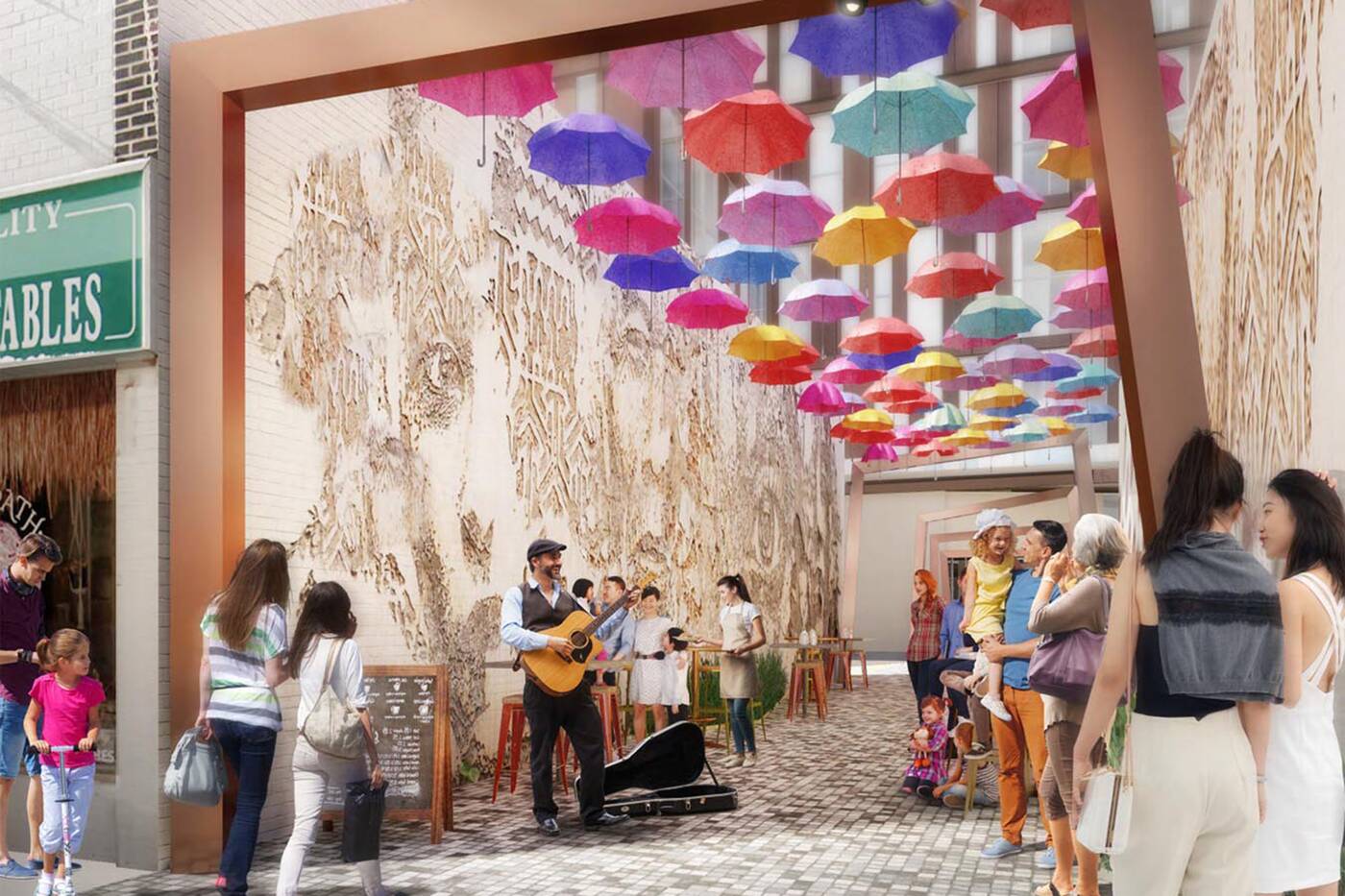 Public amenities will include an "art walk," seating, connections between Eglinton and Redpath Ave., and retail space. Rendering by BDP Quadrangle for Madison Group.

Currently on the site are commercial office and retail buildings that span five properties in total along Eglinton and Redpath. 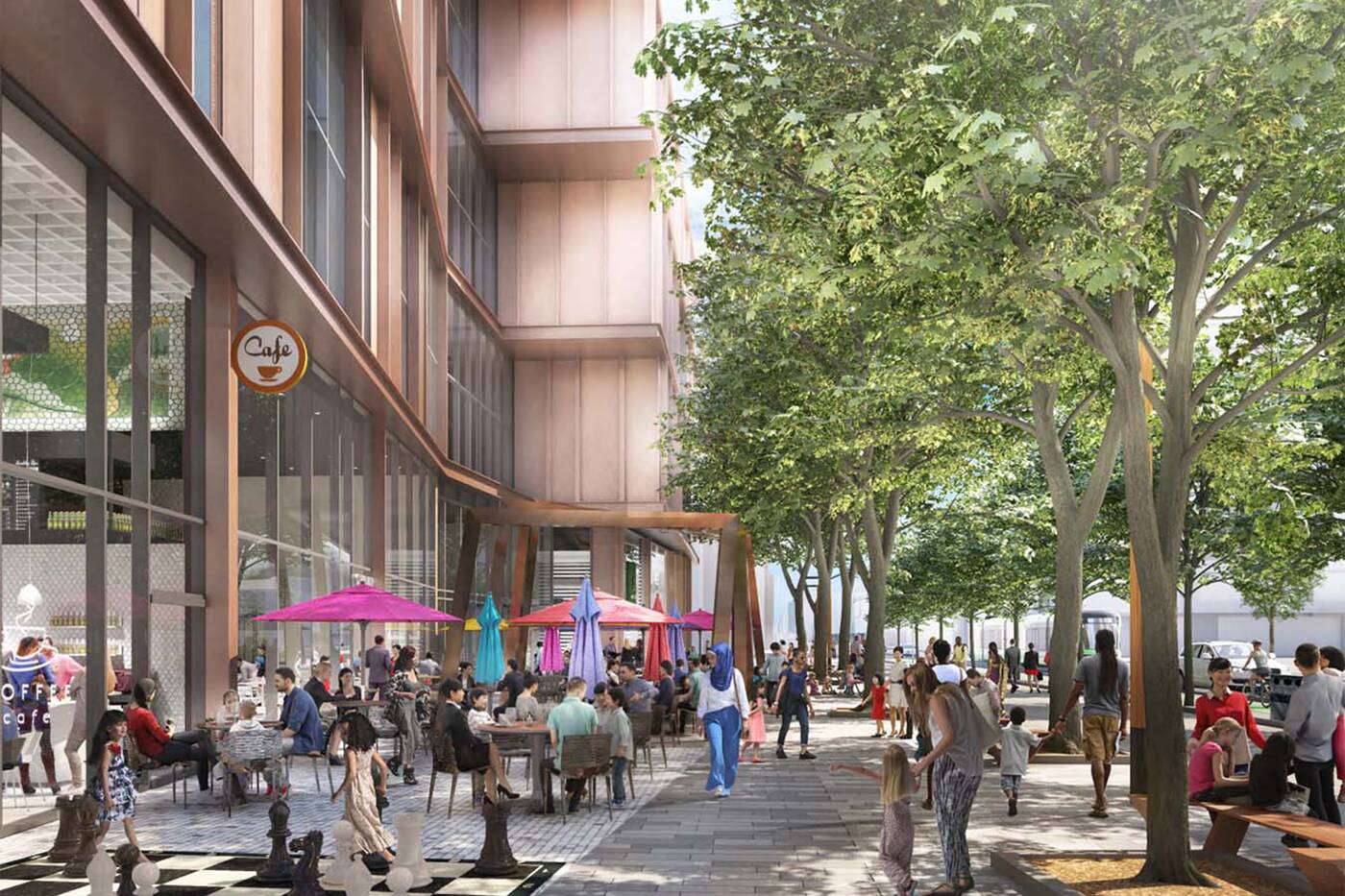 As with all such developments, there will be retail offerings that could include cafes and restaurants for the public. Rendering by BDP Quadrangle for Madison Group.

Though the concept from Madison Group and BDP Quadrangle is quite beautiful, distinctive and inspired, it is noteworthy that the property has been the site of multiple proposals in the past that have never ended up actually coming to fruition.