Toronto's postwar suburbs have always been recognizable for their tracts of cookie-cutter housing, though as the city expands outward and upward, more and more low-rise homes are being sacrificed to satiate an unquenchable demand for vertically-stacked condos.

One such low-rise community that could soon go the way of the dodo, a pocket of houses just south of Sheppard Avenue East and immediately west of Bessarion subway station has been seeing high-rise proposals popping up that could soon turn the neighbourhood into another hive of high-rises.

A recent application with the city calls for the redevelopment of 22-36 Greenbriar Road, a group of four low-rise semi-detached homes with eight units, all of which would be demolished to make way for a new 24-storey residential condominium building. 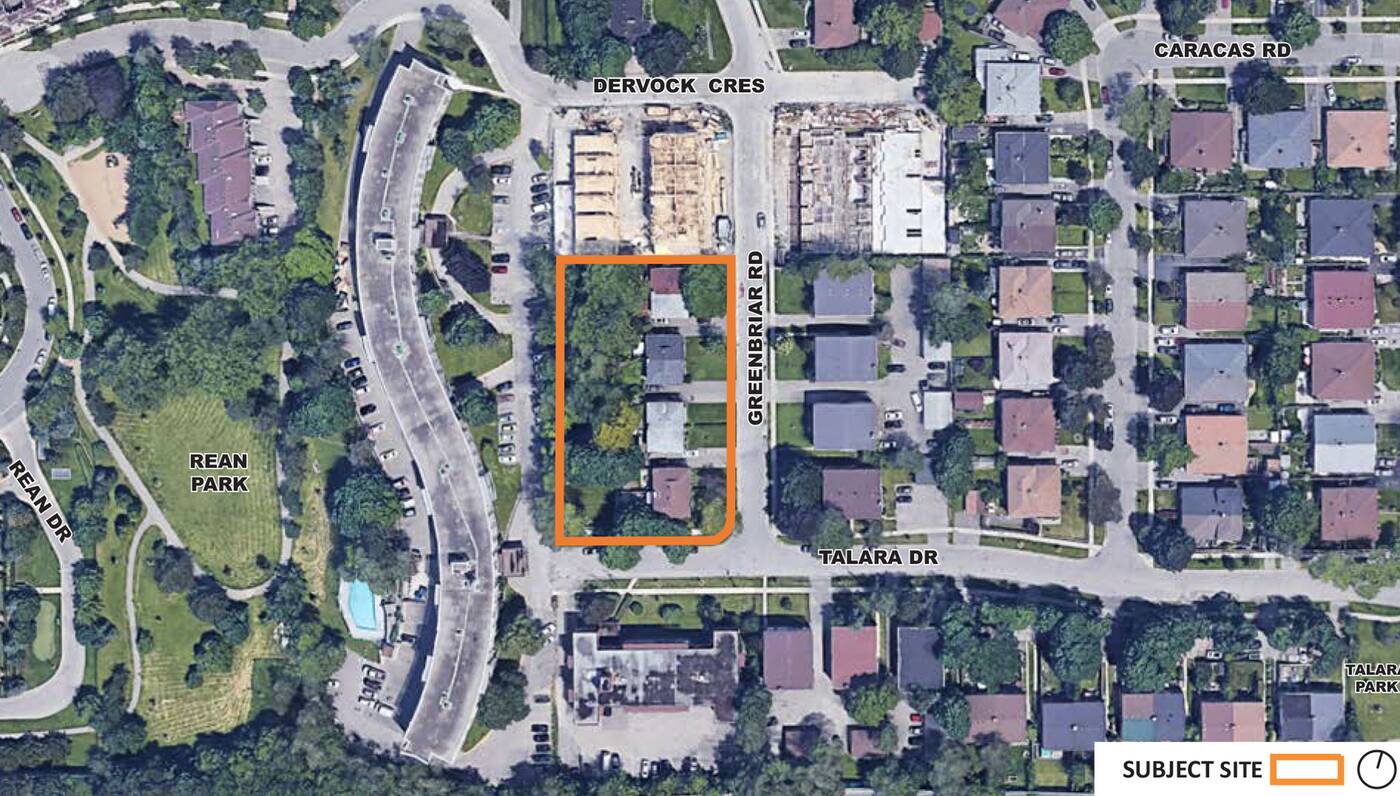 No retail or office space is proposed here, with the building's 24,320 square metres of space to be entirely dedicated to residential uses. This includes 351 condominium units, planned in a mix of 30 studios, 181 one-bedrooms, 106 two-bedrooms, ad 34 three-bedroom units, as well as their supporting amenity spaces.

A tower in this location may seem a bit bonkers based on the current context, but the scale of the surrounding neighbourhood is changing fast. A new townhome development to the north has already made this block feel more urban in the last couple of years, while a 27-storey building is in the works just to the south on Talara Drive.

To the east, the massive 45-acre Concord Park Place development has brought a huge influx of new towers and residents to the area, following a similar densification of the Bayview Village neighbourhood to the west.

Now hemmed in by high-rise development, it shouldn't come as much of a surprise to see this last pocket of low-rise land south of Sheppard between Bayview and Leslie threatened with change.

The tower's height compared to its low-rise surroundings could still be cause for resistance in the neighbourhood, while the addition of 154 parking spots in an underground garage could prove another stumbling block for neighbours concerned about added traffic.

Parking spaces are still proposed well below the unit count, though, with non-driving residents expected to either make use of the nearby subway station or take advantage of the building's proposed 354 bicycle parking spaces.