A massive new community centre and public park are coming to Bessarion station, meaning Torontonians will finally have a reason to get off at the least used subway station on the TTC.

The centre and park are being built as part of Concord Park Place, a project that's been nearly a decade in the works.

The massive redevelopment will transform a 45-acre piece of land next to Ikea, once owned by Canadian Tire, into a multi-tower condo complex that will house up to 10,000 people. 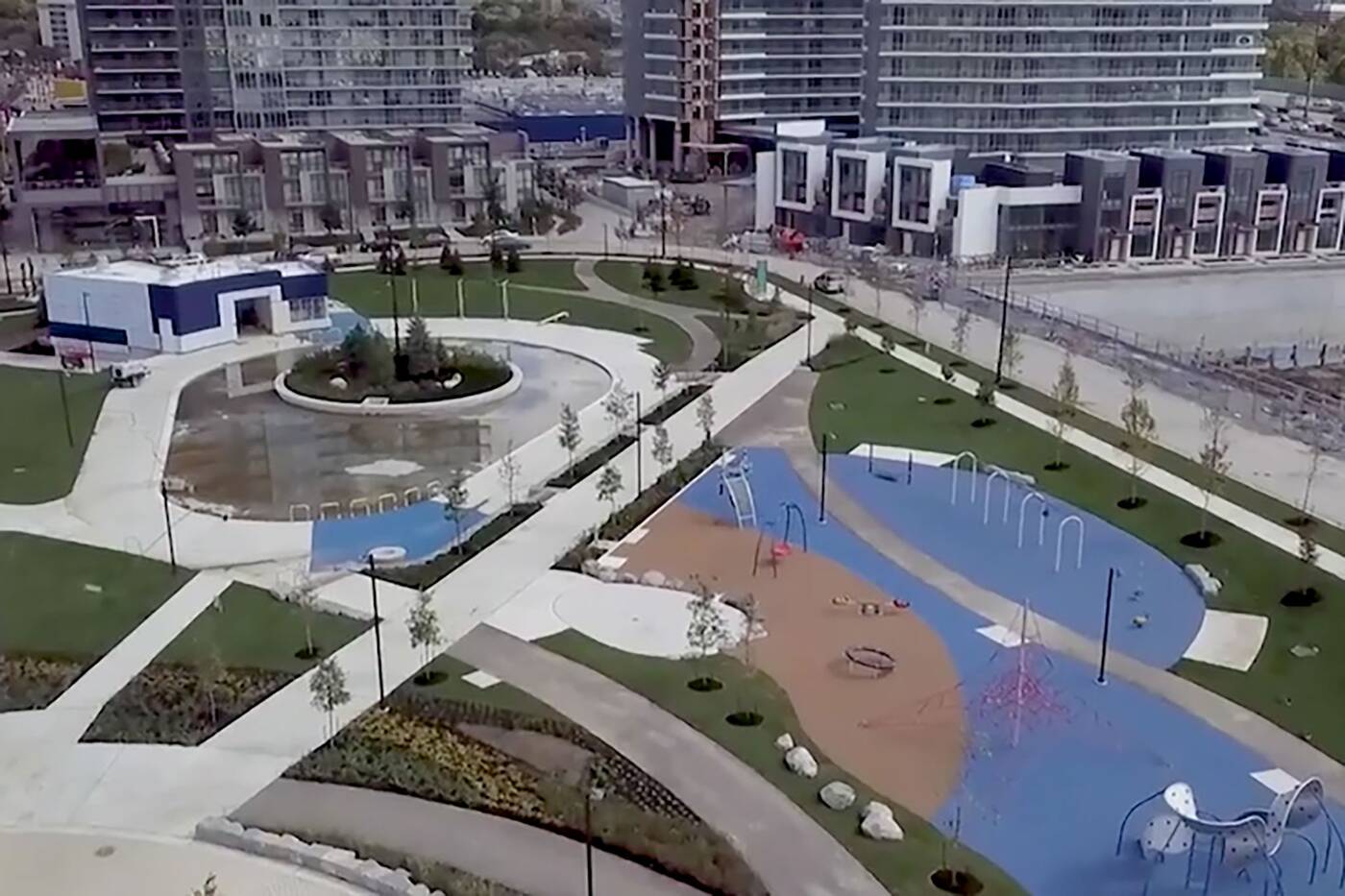 Residents and non-residents alike will soon be able to visit the eight-acre Woodsy Park, which will feature a tear drop-shaped reflecting pond that chills over into an ice skating rink in the wintertime.

Scattered across the park will be a number of public art pieces, including work from notable artists like Michael Belmore, as well as a curving pavilion and trellis by Studio Kimiis called "Droplet".

There'll also be some tree-like structures somewhat reminiscent of Singapore's Supertree Grove, but the Canadian version, and much smaller. 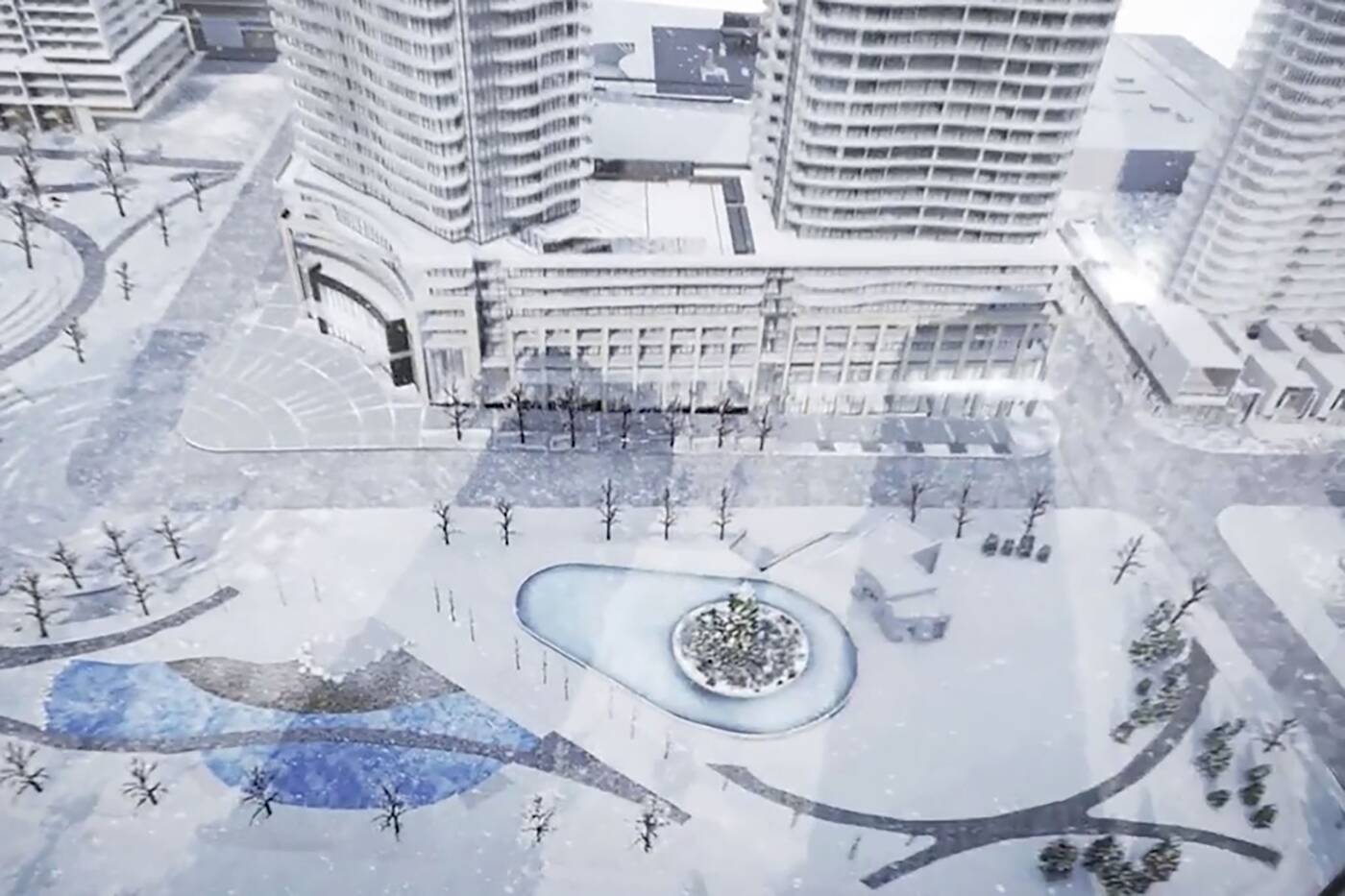 The park will feature a reflecting pool which will transform into an ice rink in the winter. Photo via Concord.

Funded by Concord, the park will be owned and operated by the city, and is expected to be done sometime next year.

Next to Woodsy Park, the new Bessarion Community Centre (BCC) will span a whopping 209,000 square-feet, making it the largest community centre in the entire city when it's complete in 2021.

It'll include a 13,000 square-foot public library branch, an underground parking lot large enough for 196 cars, and a 6,4000 square-foot childcare facility. 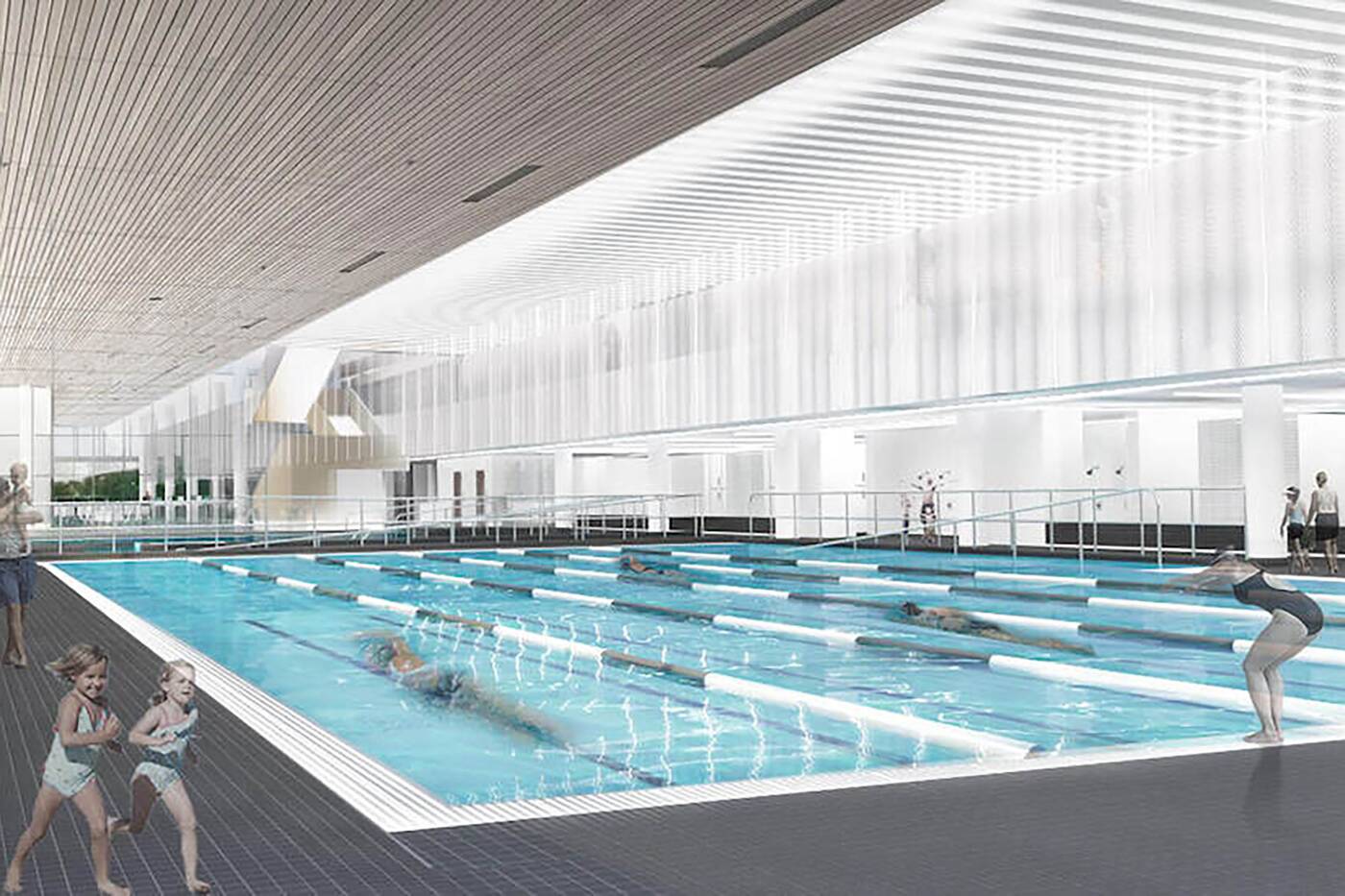 On top of that, there will also be a 27,000 square-foot aquatic centre with one six-lane pool running 25-metres, and a smaller leisure pool.

A 38,000 square-foot gym will come equipped with a running track, fitness studio, weight room, community hall with a kitchen, and a number of recreational rooms. 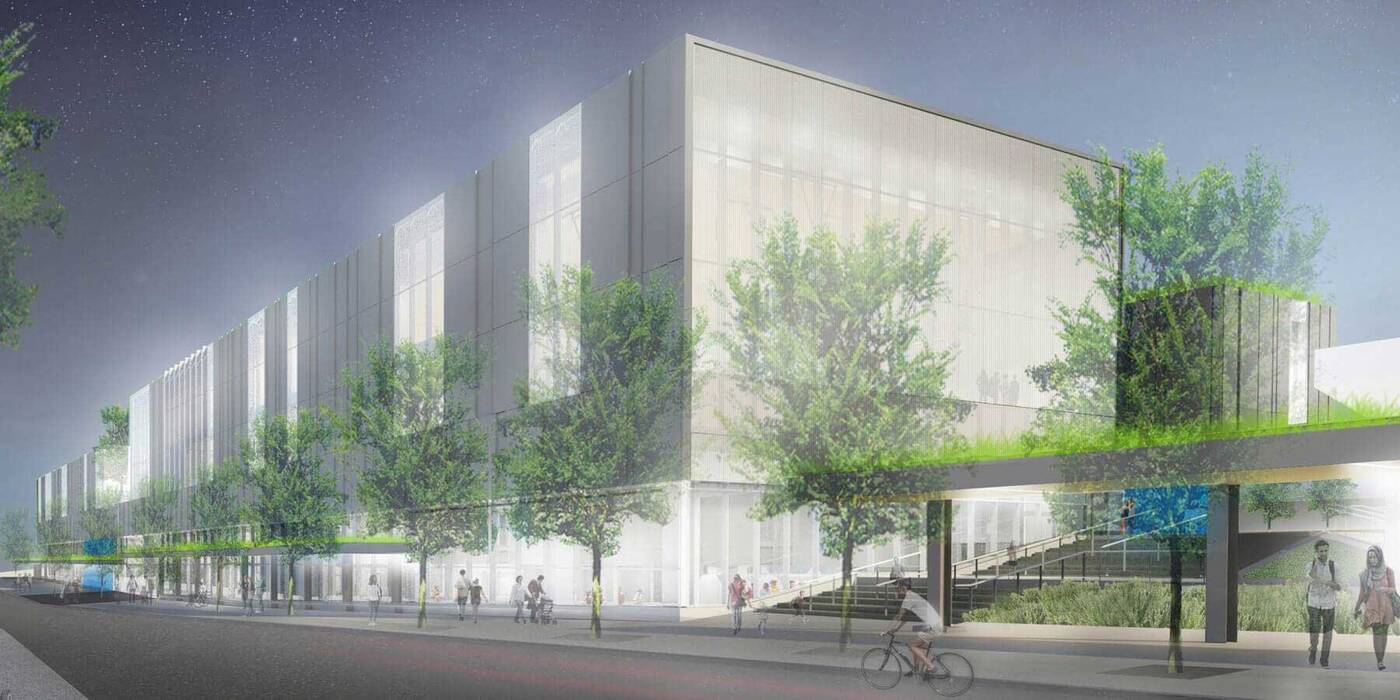 An external view of the Bessarion Community Centre. Photo via Concord.

That may seem like a lot, but up to 10,000 residents of the incoming condos will have access to plenty more amenities not available to the public, like private bowling lounges, yoga studios, billiards room and a tennis court.