Toronto rent prices have been up, down and all around lately as the market recovers from pandemic lows that saw apartments get increasingly more affordable month-over-month for more than a year straight.

Now that the provincial economy has nearly opened up in full again and the return of international travel and immigration as we used to know it is on the horizon, things are picking up in the short-term rental, long-term rental and real estate world in general (though as far as house and condo purchases in the city, things hardly even cooled due to COVID-19).

While the average price of renting a unit in Toronto proper and the GTA overall has started rising slowly once more, some neighbourhoods remain cheaper than others and are still seeing declines, as noted by Bullpen Research & Consulting and TorontoRentals.com's latest Toronto GTA Rent Report.

In the city proper, neighbourhoods like Cabbagetown-South St. James Town, North St. James Town and South Parkdale are among those that have the cheapest rents right now, while Rosedale-Moore Park, the Bay Street Corridor, and Waterfront Communities-The Island had the priciest, and also more active listings. 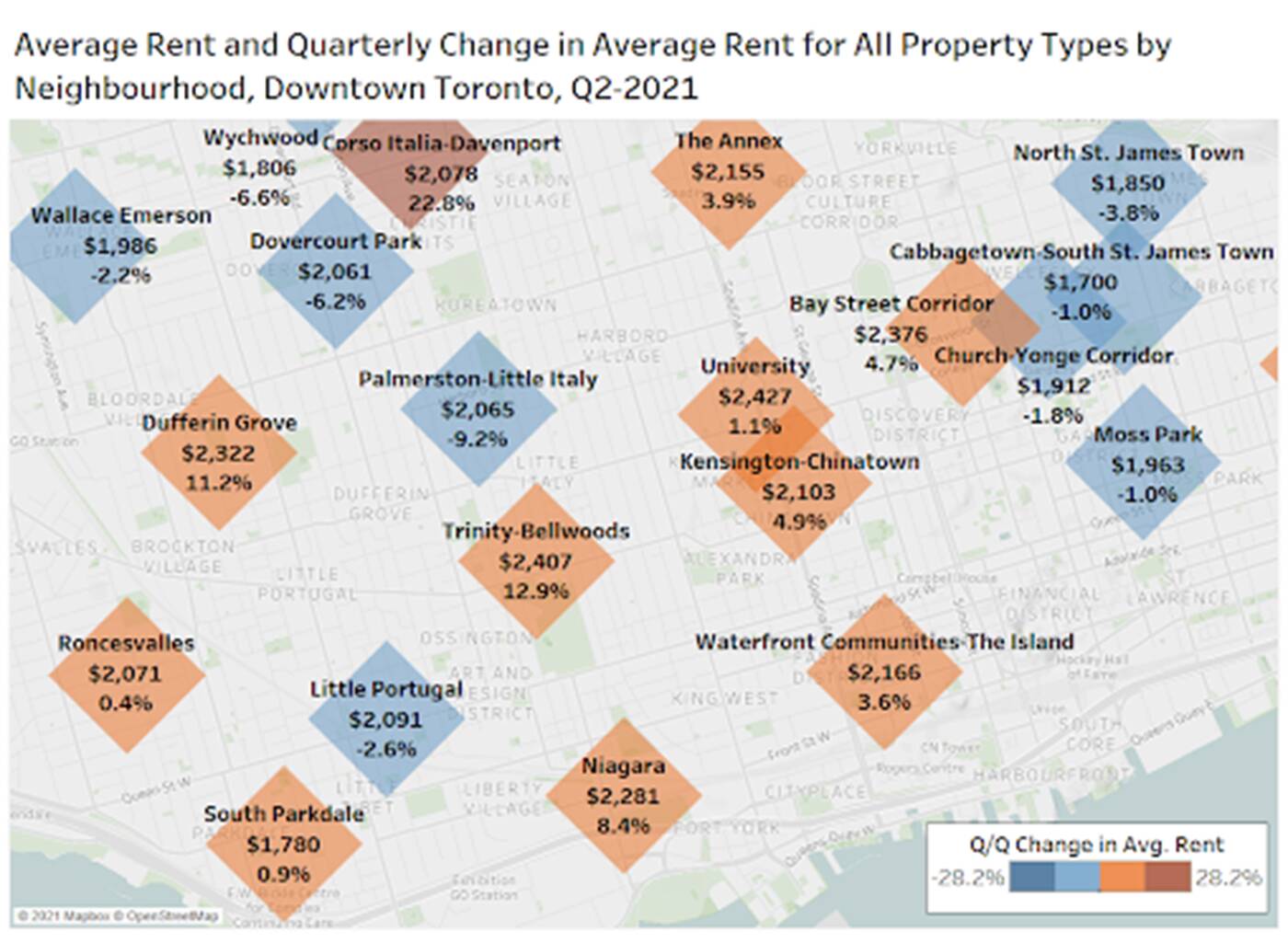 When it comes to looking at how prices have changed lately, though, areas like Corso Italia-Davenport and Dufferin Grove saw huge jumps: an increase of 22.8 per cent and 11.2 per cent in average rent, respectively, from the first to the second quarter of 2021.

While general affluence of and rental trends of certain areas are obvious factors in price, there are other things at play — namely, as the experts at Bullpen and TorontoRentals point out, the number of options made available by new builds.

"The neighbourhoods with low levels of new condo construction experienced over the past decade have seen the biggest increases in rent in 2021 in the city of Toronto," Bullpen President Ben Myers said alongside this latest data.

"Desirable communities with a lack of supply have been the first to recover during the pandemic." 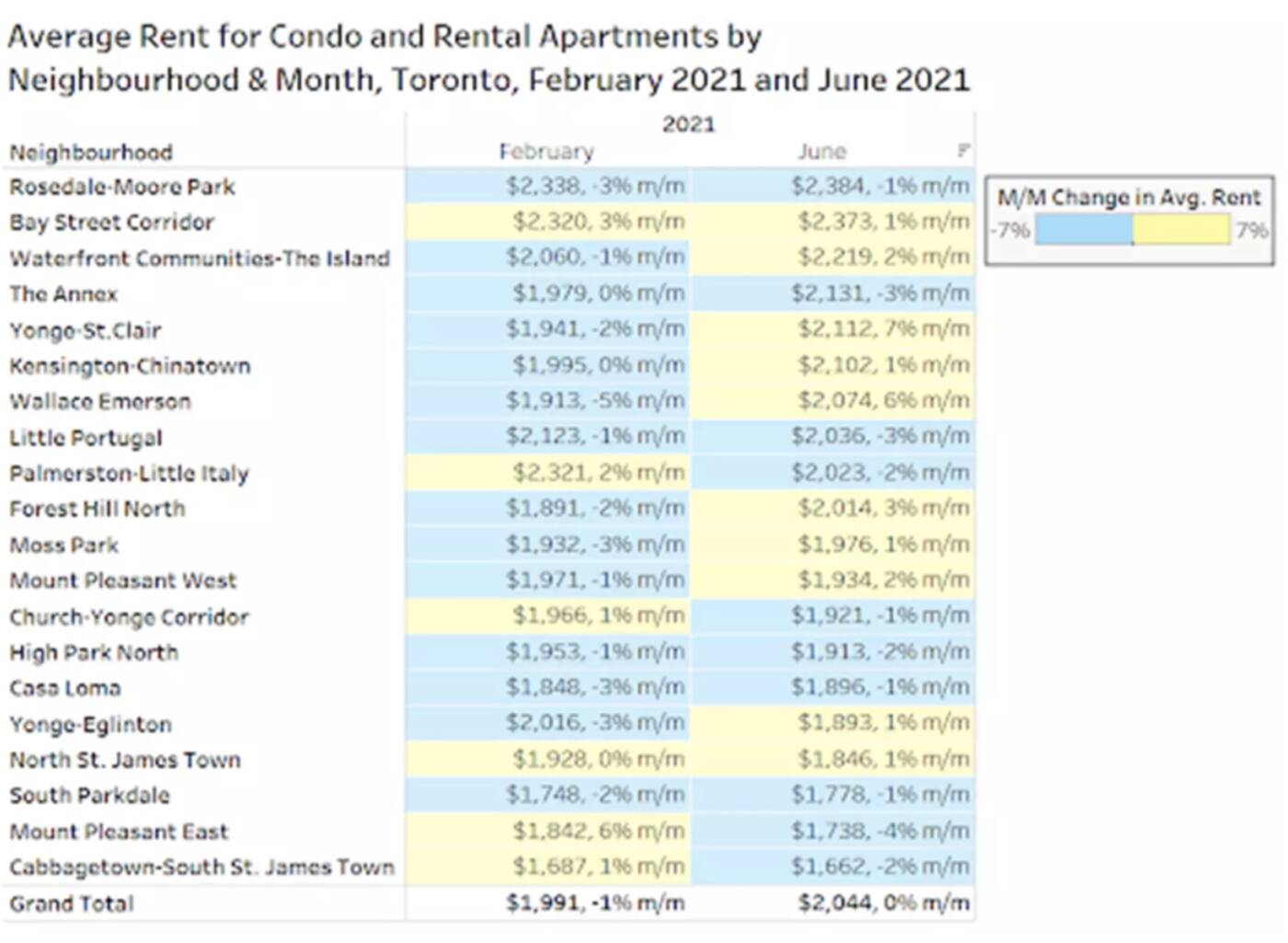 How rents in different neighbourhoods measured up in June, compared to February. From Rentals.ca’s and Bullpen Research & Consulting’s latest National Rent Report.

Compared to the rest of the GTA, renting in downtown Toronto remains, on average, more expensive than in Brampton, Mississauga, Markham, Ajax, East York, Scarborough, York and Etobicoke, though cheaper than in Richmond Hill, Vaughan, and Pickering, as per the most recent numbers from the two companies.

As workers prepare to return to the office (on top of all else that is opening up), the experts expect that rent prices will continue to rise, especially in popular areas where supply remains tight.