Toronto's rental market took a big hit as a result of the pandemic, which drove rent prices down for 15 straight months in what was the country's most expensive city pre-COVID.

Things like new Airbnb regulations, a lack of international students, people moving out of the city amid work-from-home trends, lower immigration, and other factors led to excess condo supply and extremely high vacancy rates.

Though rental transaction volumes hit record highs in the first few months of the year and average apartment prices in the city began marginally rising again in March, when compared to the same time last year, the market is still way down in Q1 2o21, especially in certain neighbourhoods.

New data from rental listing website liv.rent shows that downtown Toronto in particular, where condo prices have taken a bit of a hit so far this year despite the prices of all other housing types going up, saw rents for all units drop an average of around 18 per cent in the first three months of this year compared to the same time in 2020. 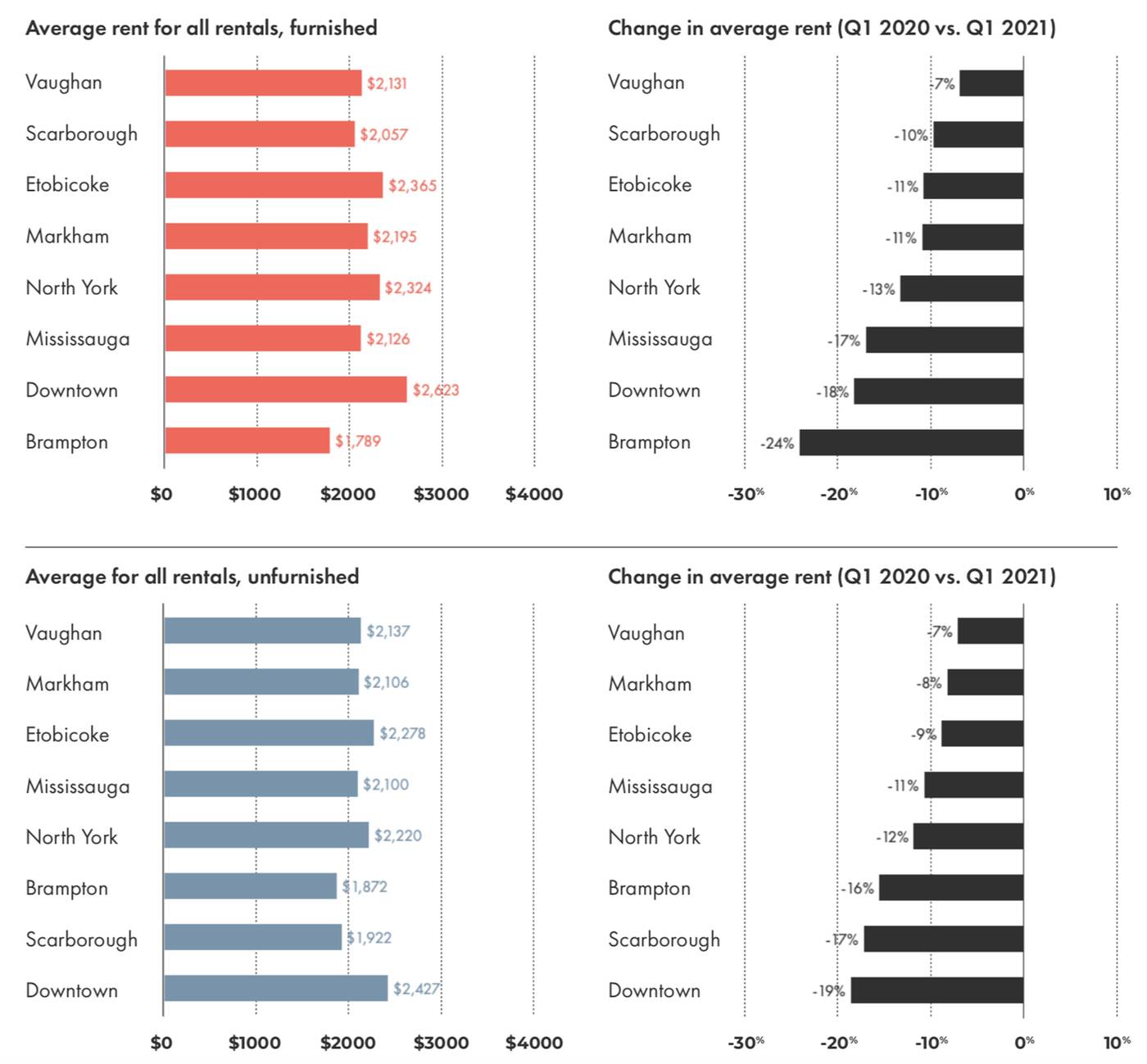 Three-bedroom unfurnished apartments took the biggest hit in the city, down nearly 30 per cent in March specifically from an average of $3,861 last year to $2,803 this year, and down an average of 21.6 per cent over all three months compared to the same three in 2020.

The type that fared the best were two-bedroom unfurnished units, which were still down an average of 14.4 per cent year-over-year in the first quarter, and a staggering 21.7 per cent in March specifically.

For all unit types, prices have continued to plummet over the course of the year still, continuing on the pandemic trend downward. Also, overall, furnished units are seeing bigger price drops than unfurnished, somewhat unsurprisingly. 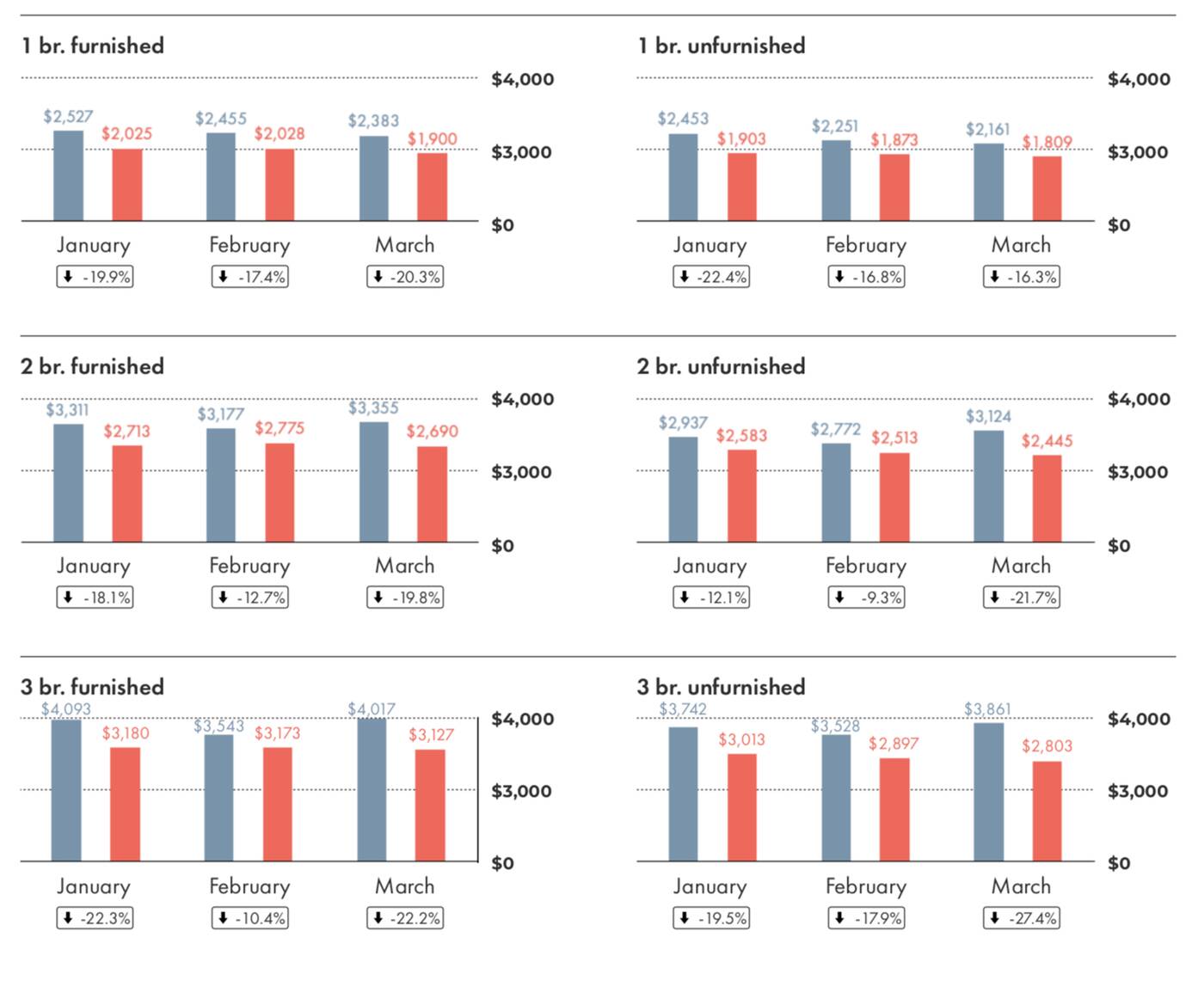 Elsewhere in the GTA, Scarborough's prices are also on the decline, down 17 per cent year-over-year overall for unfurnished, but somehow only 10 per cent for furnished.

Brampton was the jurisdiction that saw the largest decrease in rents for furnished apartments, down 24 per cent overall, compared to 16 per cent for unfurnished units.

Etobicoke, meanwhile, was the only neighbourhood that saw rent prices actually increase, and only very sligtly (0.3 per cent) in the single category of furnished one-bedroom units. Over the course of the quarter, the borough saw prices for furnished units of all sizes go down an average of 11 per cent, and unfurnished units, 9 per cent.

Vaughan saw only a slight shrink of 7 per cent for both furnished and unfurnished units of all sizes, likely because it is a suburb where many own their homes, unlike downtown Toronto.

Newer numbers from last month show that, unfortunately for happy tenants who may have finally gotten a break in pricey parts of downtown, rents are actually on the upswing again, albeit only in some neighbourhoods and only very slightly.