It's looking more and more like Toronto is in the midst of a mass urban exodus as people continue to leave the city for cheaper, less stressful post-COVID-19 lives in small Ontario towns.

We've seen it in the record-high number of condos being put up for sale since the pandemic hit, in dwindling demand for tiny apartments around the downtown core, and even in recent population loss estimates from the federal government.

What's the point in paying downtown prices, some have argued, when you no longer work downtown? When companies are going at least partially (if not completely) virtual, with no return to regular office hours in sight?

The coronavirus didn't start this phenomenon — unaffordable housing has long been a factor — but it has sped it up. People are leaving Toronto in search of bigger, less expensive places to live, and at faster rates than ever — but where are they going?

A new report from real estate brokerage and analysis firm Zoocasa provides some hints by way of how demand has changed for homes in nearby municipalities between April and December of 2020, as compared to the same time period in 2019.

"Although there was an increase in sales and average sold detached and semi-detached house prices across every GTA region other than Dufferin County in 2020, the increase in sales and prices was most prominent in regions outside of the City of Toronto," reads the report, noting "clear evidence of the trend of urban flight taking place." 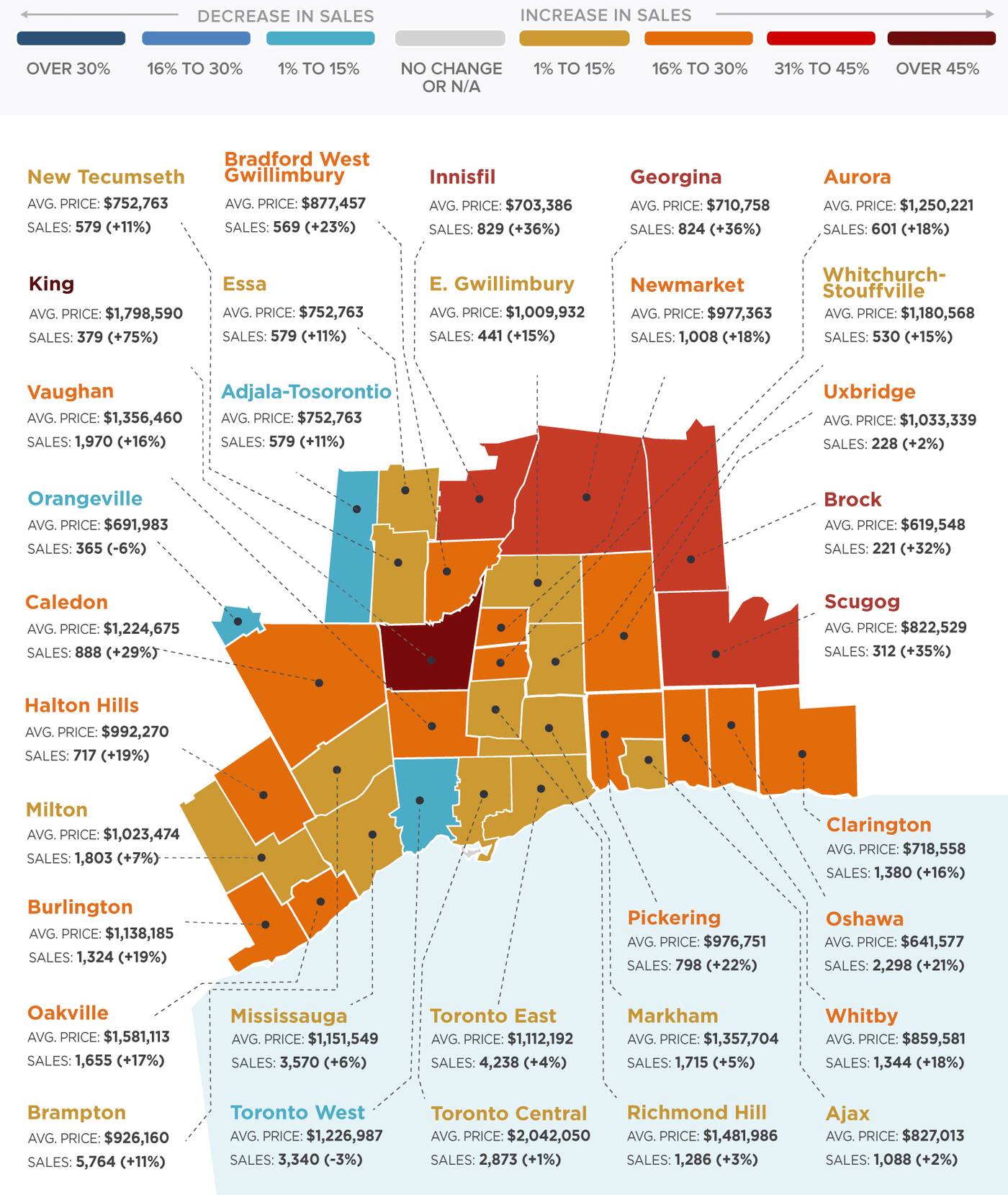 Yet even as sales decline, prices have held steady for Toronto condos. But let's talk about houses, because that's what most people who leave the city for the country are looking for.

Simcoe County saw the biggest increase in demand for detached and semi-detached houses over the time period surveyed, with sales up 21 per cent and average prices up 17 per cent. Within Simcoe, the town of Innisfil (population roughly 37,000) saw the steepest real estate gains with year-over-year sales rising 36 per cent.

A total of 829 detached and semi-detached houses were sold in Innisfil between April and December of 2020 for an average price of $766,083.

Towns and small cities across Durham Region also posted remarkable sales bumps, with the average price across this region east of Toronto rising a whopping $117,263 to reach $775,213.

The Durham townships of Scugog and Brock saw home sales increase by 35 per cent and 32 per cent respectively, while Pickering, Uxbridge and Oshawa also all saw sales rise by more than 20 per cent.

Only one locale can boast the title of having the most people move there (proportionately), however, and that would be the York Region municipality of King, which saw year-over-year house sales increase 75 per cent between April and December of 2010. A total of 379 homes were sold there for an average price of $1,798,590.

You can see how all GTA regions and municipalities fared in the chart below or check out Zoocasa's full analysis here. 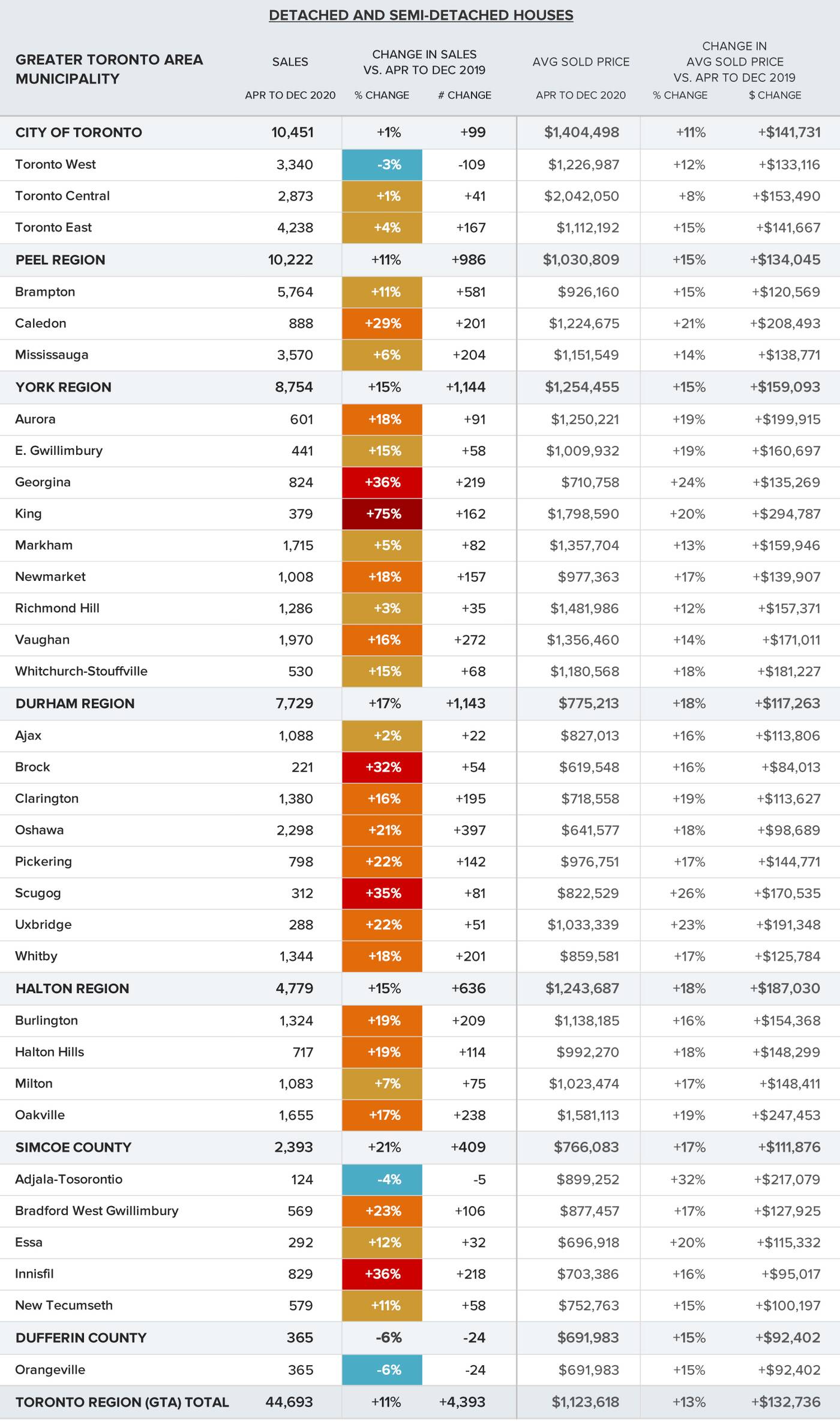