The exorbitantly-expensive city of Toronto continues to move up in Demographia's annual ranking of the most unaffordable housing markets on earth, a new report from the global analysis firm shows.

Hong Kong remains the most expensive city in which to live as of 2020, according to the 16th Annual Demographia International Housing Affordability Survey, while Vancouver and Sydney similarly reprise their roles from last year's ranking in second and third place. 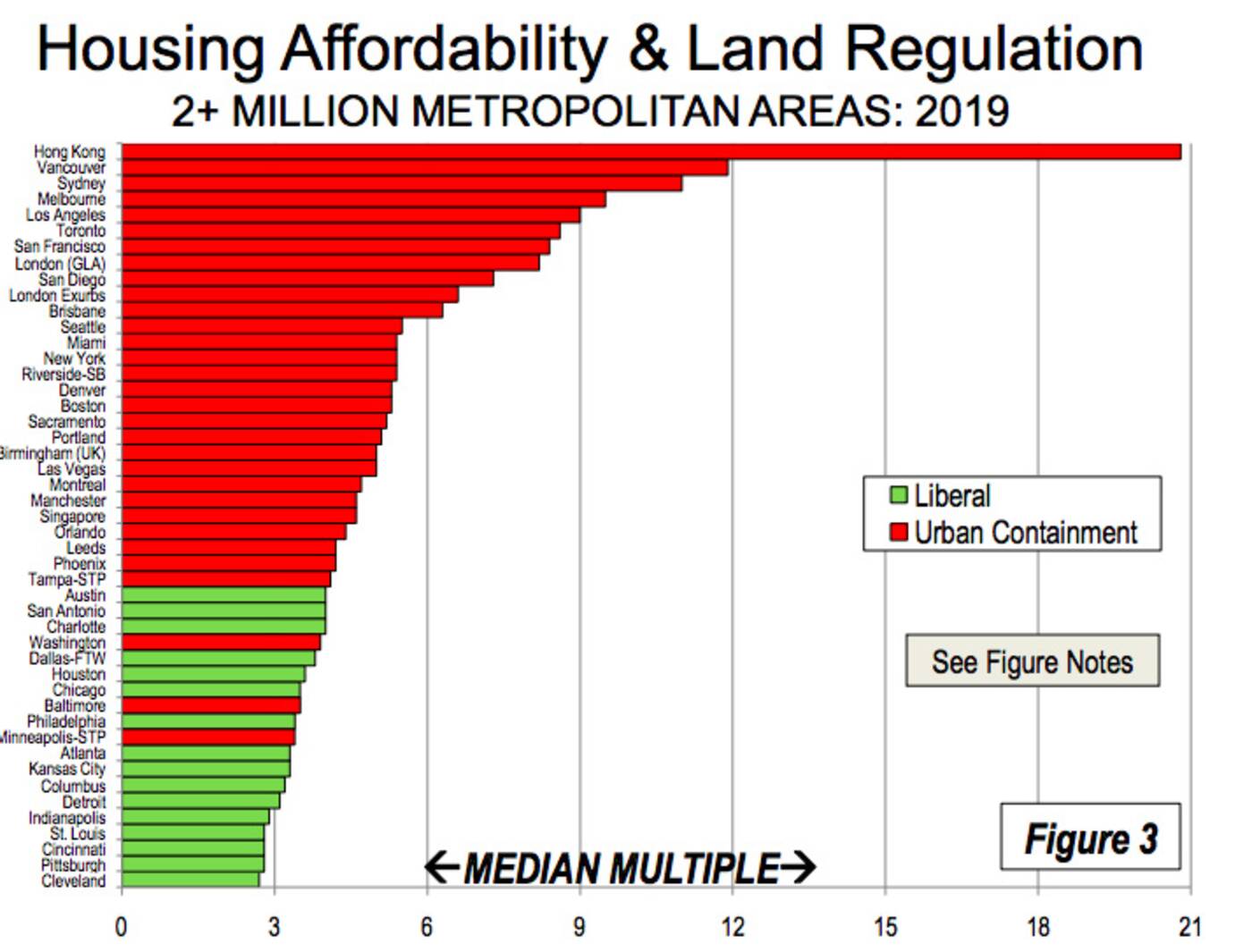 Demographia has been keeping track of how expensive average homes are versus average salaries in more than 300 cities since 2004. Image via Demographia.

Los Angeles and Melbourne are the only other cities in which it is more expensive to live right now than Toronto, according to the ranking, which shows Toronto and Auckland as tied this year.

This means that Toronto's housing market is now less affordable than the notoriously pricey housing markets of London, San Francisco and Silicon Valley.

Many people have studied and argued over why this may be the case, but how Demographia came to its conclusion is easy to explain: The annual affordability ranking is determined using the Median Multiple ratio.

Widely considered to be the international standard for comparing housing affordability across multiple markets, the number is simply a country's median house price divided by its median household income. 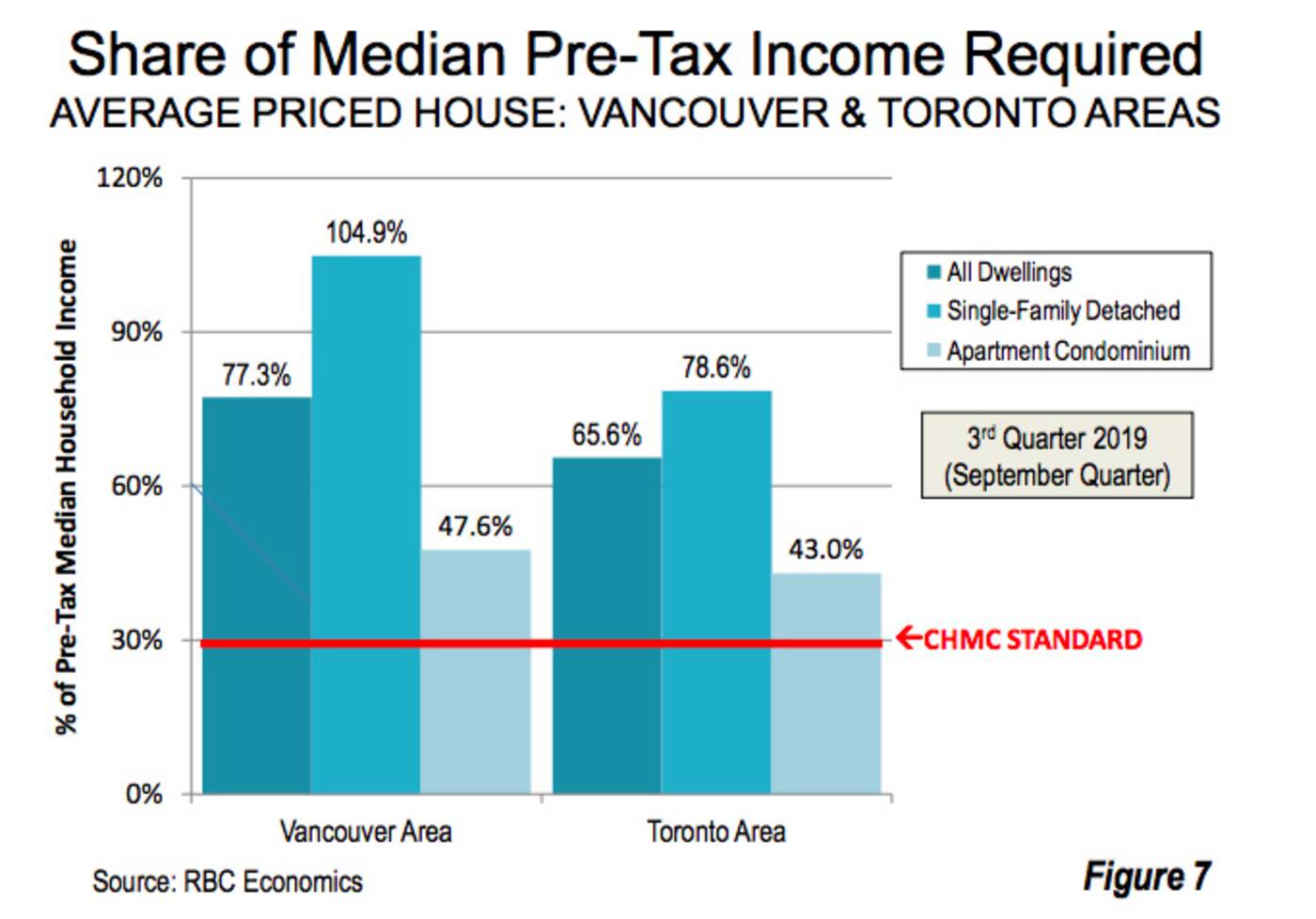 In Toronto, a median income household would now need to spend 80 per cent of its pre-tax income to afford a median-priced house. Image via Demographia.

Demographia explains that luxury home prices have beome slightly less volatile in Ontario since the introduction of a foreign buyer's tax in 2017, but cautions that affordability in Toronto continues to deteriorate at the middle of the market.

"In both Vancouver and Toronto, affording the least expensive housing, apartment condominiums, is considerably above the Canada Mortgage and Housing Corporation 30 percent housing affordability guideline," notes the analysis firm.

Tell me about it.