Toronto ranked the world's 10th most expensive city to live in

Today in news that should surprise absolutely nobody who follows economic trends, Toronto's housing market was once again deemed "severely unaffordable" by a major international research firm.

The Frontier Centre for Public Policy has released its 15th annual Demographia International Housing Affordability Survey, in which 309 metropolitan areas across eight different countries with more than 2 million residents are ranked by their costs of living.

Last year at this time, Toronto had shot up seven places from 28th to 21st amidst a red hot housing market and widespread bubble-related worries.

This year, we rose another nine spots to tie with London in 10th place, making Toronto more expensive than New York, Miami, Brisbane, Seattle, Boston, Las Vegas and every other major American city except for Los Angeles and San Francisco. 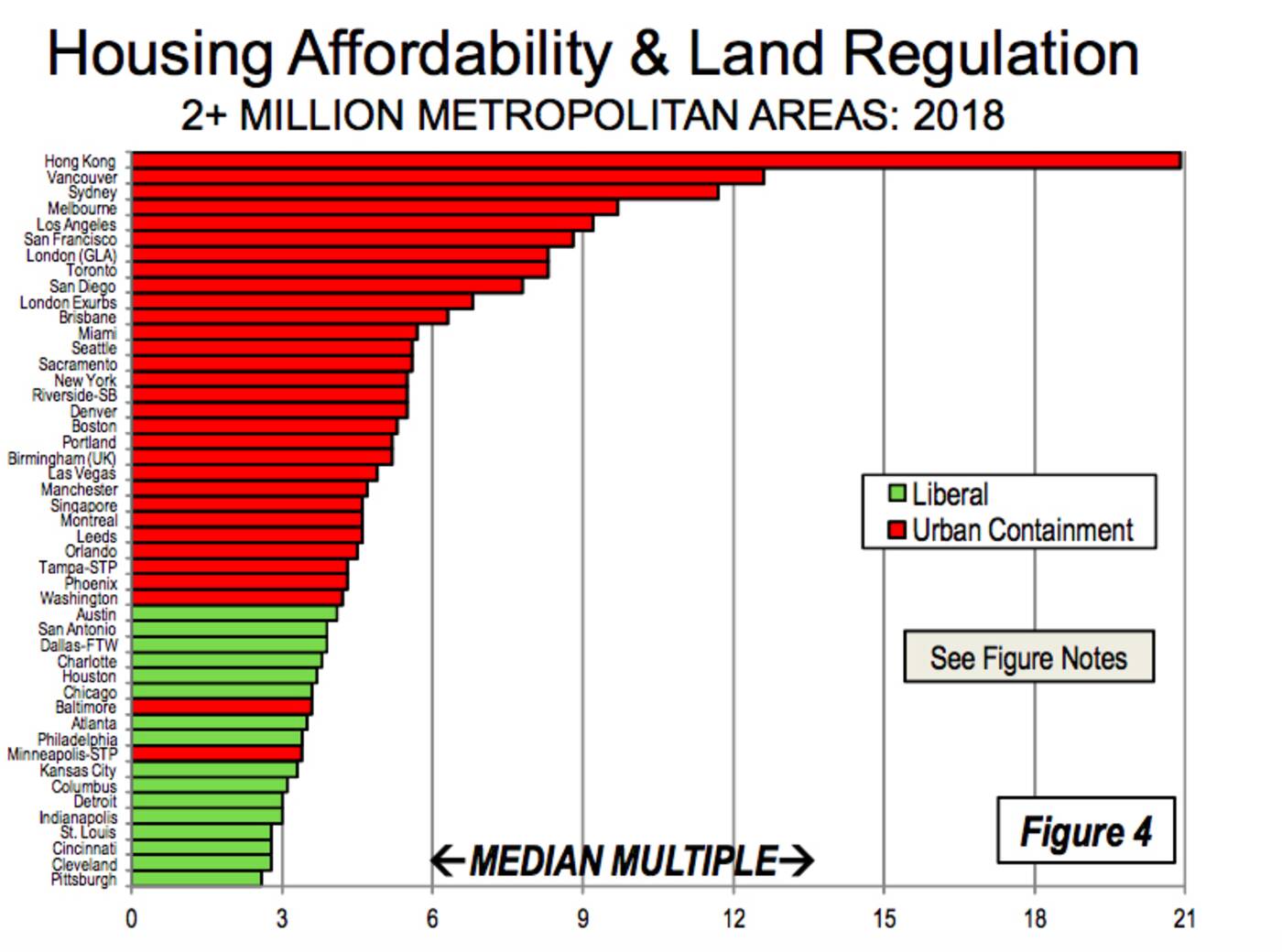 Vancouver fared even worse than Toronto as the second most-expensive housing market relative to incomes. Hong Kong took spot number one for the ninth year in a row. Image via Demographia.

The Demographia report notes that Toronto's housing market can be classified as "severely unaffordable."

The city's Median Multiple (the standard housing affordability metric used by the UN, the World Bank and Harvard University) has deteriorated by more than double since the first annual survey from 3.9 in 2004 to 8.3 today.

Vancouver is still worse off, with the second-highest spot on the list of unaffordable places to live, but, as the report notes, Toronto also has the third-worst housing bubble risk in the world (Vancouver's is fourth.) 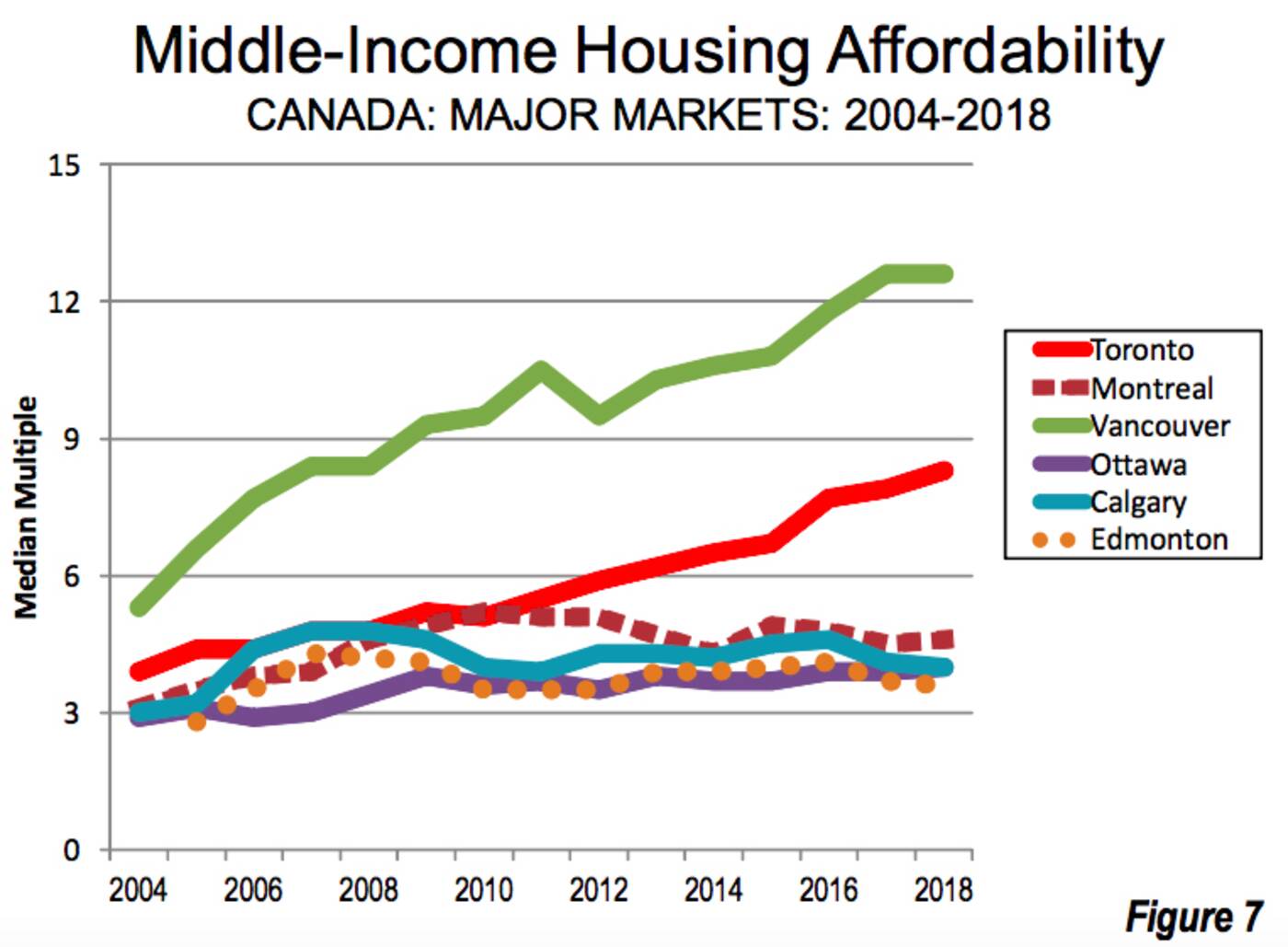 Only two of Canada's six major metropolitan markets were considered affordable as of 2018. Image via Demographia.

"Like in British Columbia, the province of Ontario has imposed a foreign buyer's tax. Since that time, Toronto's house price hyper-inflation has stopped and prices are much more stable," reads the report.

"However, much of the impact is evident in the highest market segments. Despite this demand-side strategy, housing affordability in Toronto has continued to deteriorate at the middle of the market."

The report also cites an RBC study that found a typical Toronto household would need to spend roughly 90 per cent of its pre-tax gross income on monthly payments to afford an average-priced single detached house in the city.

For apartments and condos, the percentage drops to 52 and 47 respectively — which is still well above the 30 per cent recommended by most experts.

So keep your head up, friendo — it's not just you struggling to keep up.