The Toronto real estate bubble might have finally popped

Economists are in a tizzy right now over Toronto's housing market as home sales continue to slump and the word "bubble" repopulates our RSS feeds.

Only recently, though, have we started seeing headlines that use the words "popped" or "burst" to describe the state of Toronto's real estate market.

#Toronto property prices have dropped 4.6% since June. Just as I predicted, the #bubble has popped.https://t.co/ky4FHUpVVz

Could it finally have happened? Is the real estate bubble gone? If so, it seems to have popped pretty quietly (unless you count Facebook chatter as noise.)

"This is a late bubble. Bereft of life, it rests in peace," wrote BMO chief economist Doug Porter last week in a note to clients, blaming the death largely on new rules implemented by the Ontario government in April.

"By any traditional definition, we were in the grips of a full-on bubble earlier this year," he explained. "I didn't expect prices to drop 13 per cent in four months, which is what we've seen."

We learned earlier this week that detached homes in Toronto had finally fallen below the $1 million mark, and BNN reports that home prices could drop up to 10% more in the next few months.

So, will the bubble deflate even further? Can it pop again? I'm not really certain, but the buzz around this topic seems well worth paying attention to. 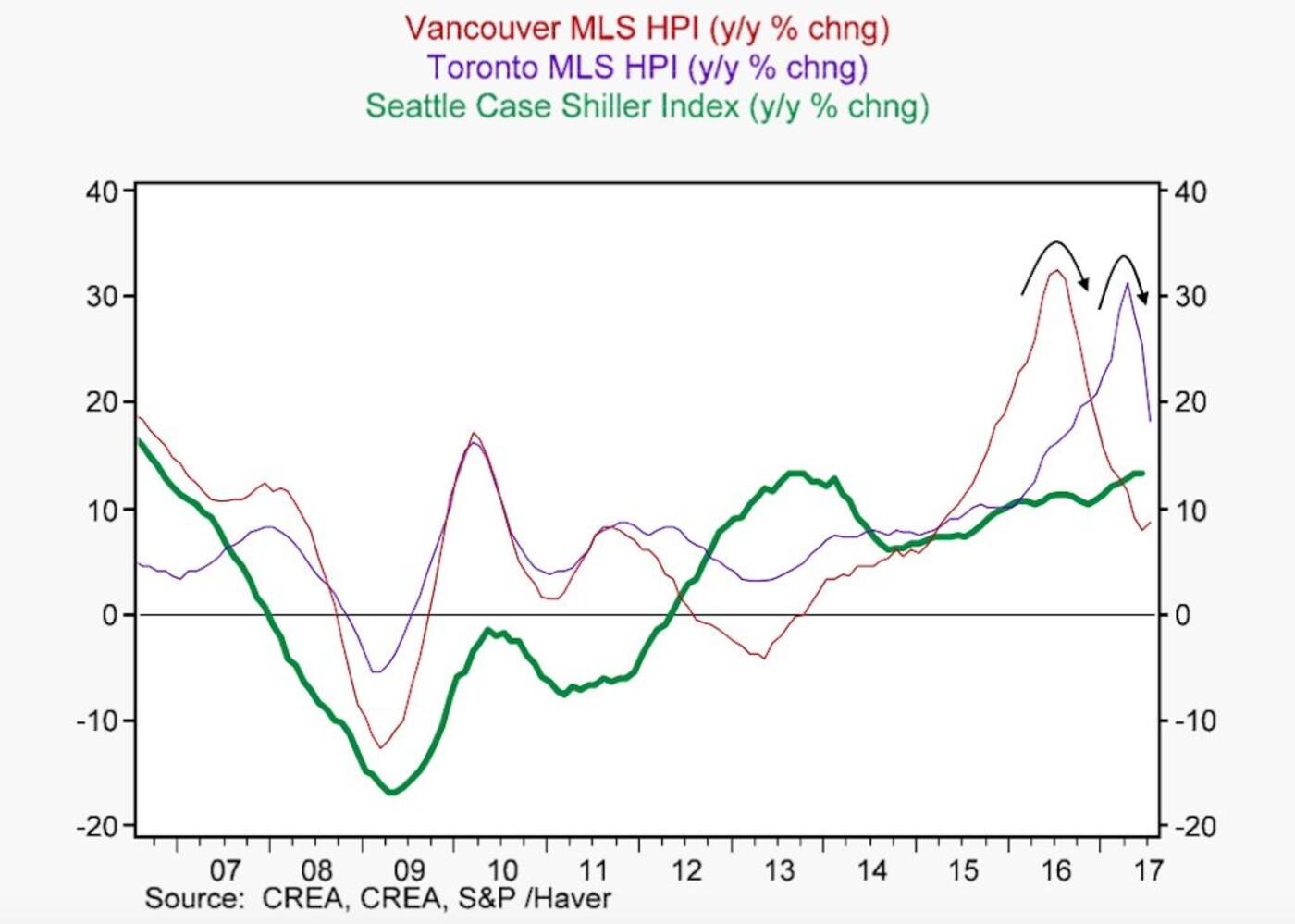 BuzzBuzzHome writes that "this chart shows how out of control Toronto’s housing market really was," referring to earlier this year before the bubble was thought to have burst.

As the chart above, published today on BuzzBuzzHome's blog shows, Seattle could certainly benefit from watching what happens in Canada as it considers a foreign homebuyers tax of its own.