Toronto ranked one of the least affordable cities in the world

Toronto is moving on up... in the rankings for places that nobody can afford to live.

This year's Demographia International Housing Affordability Survey, the 14th annual edition of a global report on middle-income housing, reveals that Toronto is now 21st out of 293 cities around the world when it comes to unaffordability. Last year, we came in 28th.

Put simply, 272 cities (out of just 293) are cheaper to survive in than Toronto right now across Australia, Canada, Hong Kong, Ireland, Japan, New Zealand, Singapore, the United Kingdom and the U.S. 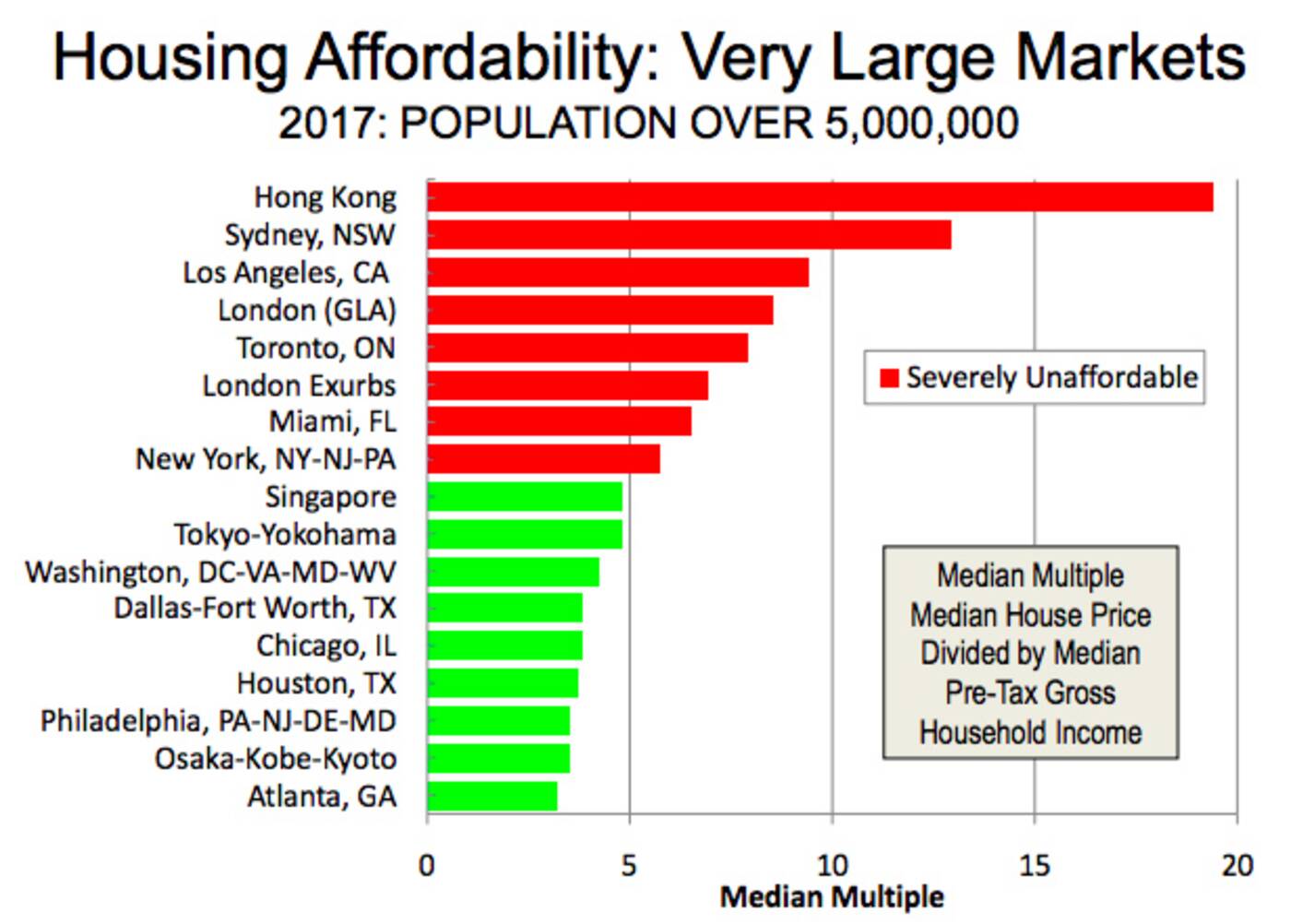 The 14th Annual Demographia International Housing Affordability Survey lists Toronto as "severely unaffordable" when it comes to how much houses cost vs. how much residents make.

When contrasted only against other "major metropolitan" areas, Toronto still comes in just 88th out of 92.

The city is called out for having "the worst housing bubble risk," as well as a "severely unaffordable housing market" in the report, due in part to "the middle-2000s adoption of urban containment policy (“Places to Grow”), including a Green Belt and other draconian restrictions."

"In both Vancouver and Toronto," reads the report, "the household cost of even the least expensive housing, apartment condominiums is well above widely accepted 30 percent maximum guideline."

Recent cooling measures from our provincial and federal governments, like the foreign buyer's tax and Ontario's Fair Housing Plan, were panned as "ineffective Initiatives."