The wild and wacky ride that is Toronto's housing market continues this week with another drop in the average price of homes across our city.

Figures released this morning by The Toronto Real Estate Board show that detached homes in the GTA cost about 5.8 per cent less this November than they did last year at the same time.

When contrasted against prices from half a year ago, however, the numbers paint a more dramatic story.

Bloomberg reports that Toronto's home price index has now been declining for six consecutive months. The index is down a 8.8 per cent since May, which marks the largest six-month decline in 17 years. 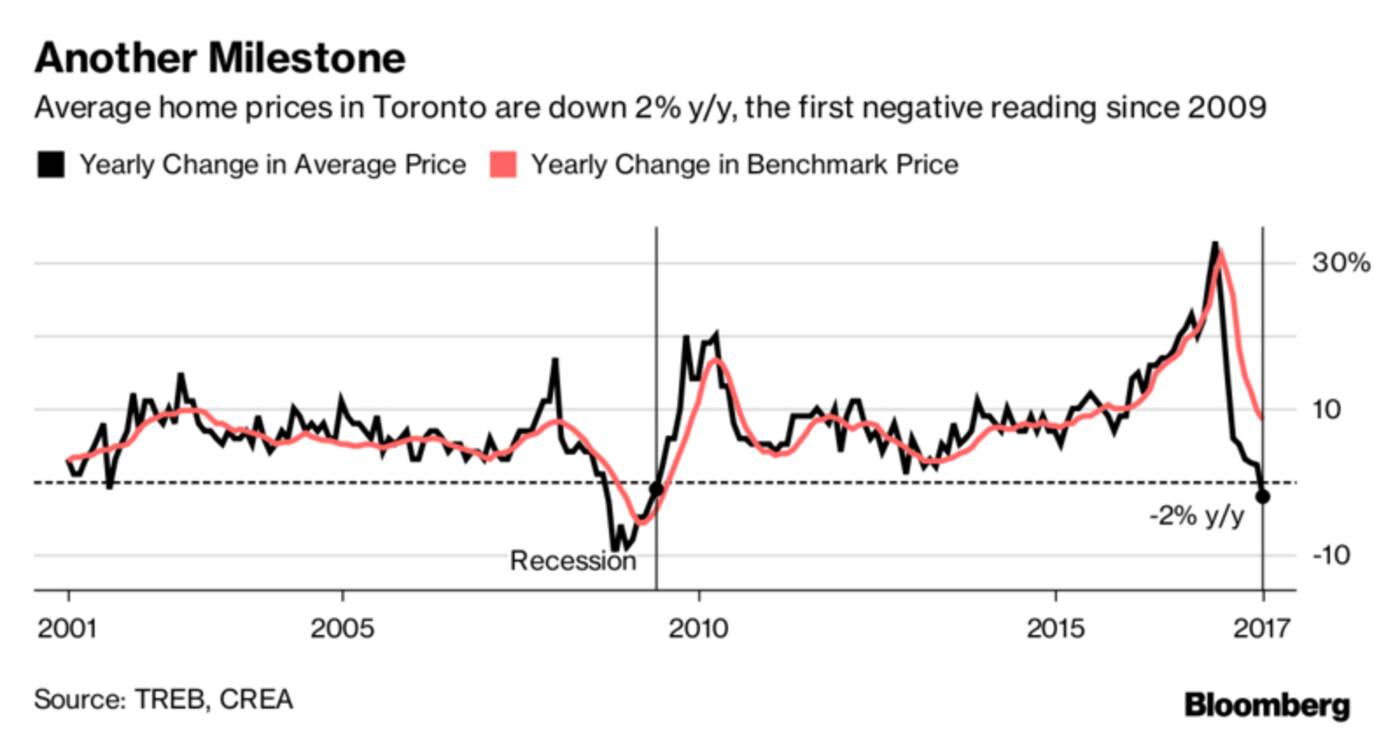 Despite (or perhaps because of) this, the number of new MLS listings last month were up a whopping 37.2 per cent since November of 2016, "bucking the regular seasonal trend."

Sales were down by 13.3 per cent, year over year, but realtors did see an increase between October and November, which is unusual for this time of year.

With 7,374 units sold, Bloomberg reports that Toronto saw one of the highest numbers of homes sold during the month of November all decade.

So, is the real estate bubble popping or is the market about to catch fire?

"We have seen an uptick in demand for ownership housing in the GTA this fall, over and above the regular seasonal trend," said Toronto Real Estate Board President Tim Syrianos in this morning's release.

"The impact of the Ontario Fair Housing Plan and particularly the foreign buyer tax may be starting to wane."

I guess we'll have to stay tuned.