The cost of having a home went down ever-so-slightly across Canada in June, according to the RBC Economic Research's latest housing trends and affordability report, but don't get excited if you live in a large urban market.

"The Canada-wide measure dipped by 0.3 percentage points to 51.4% in the first quarter of 2019 — still historically high," reads the report, released late last week. "Affordability is still dreadful in Vancouver, Toronto and Victoria."

As of June 2019, only one in five families would actually be able to afford an average home in Toronto, according to RBC. 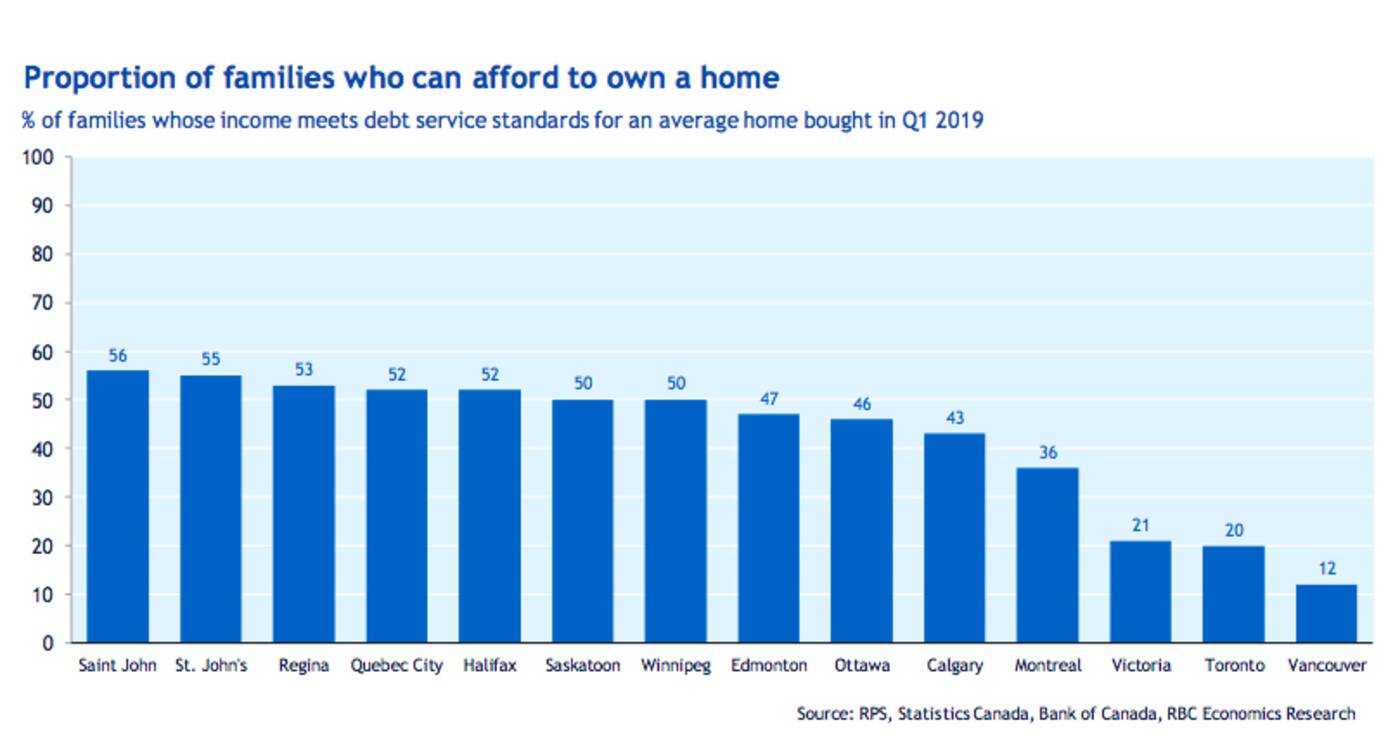 Toronto remains one of Canada's most unaffordable markets for homes by far as of June 2019. Image via RBC Economic Research.

One household would need to spend some 66 per cent of what it pulls in just to cover ownership costs in Toronto right right now — more than double the Canada Mortgage and Housing Corporation's 30 per cent benchmark for "affordability."

"And this isn’t taking into account the mortgage stress test," reads the report. "Clearing a higher qualifying rate would drop even more families out of contention (to one in 13 in Vancouver, and one in seven in Toronto).

"Severe affordability issues remain a major obstacle for all but the wealthiest in Vancouver, Toronto and Victoria."

No guff, RBC. It's dreadful.