Toronto's rental market is finally starting to bounce back, it seems, after more than a year of unprecedented shrinkage that saw average prices reach their lowest point in three-and-a-half years.

While still down on year-over-year basis, newly published market data for April shows that Toronto rents actually went up, month over month, for the second consecutive time in 2021.

Previous to March, rent prices had been falling consistently across the city for 15 months in a row.

This is significant in that April's numbers signal an uptick in demand among tenants, and potentially the beginning of a slow return to pre-pandemic average prices.

"Despite the continued decline in average rents on a national level, the rental market has started to turn up with rents increasing month over month in most of the largest provinces in the country," Bullpen Research and Consulting president Ben Myers when releasing his firm's latest National Rent Report with rentals.ca on Monday. 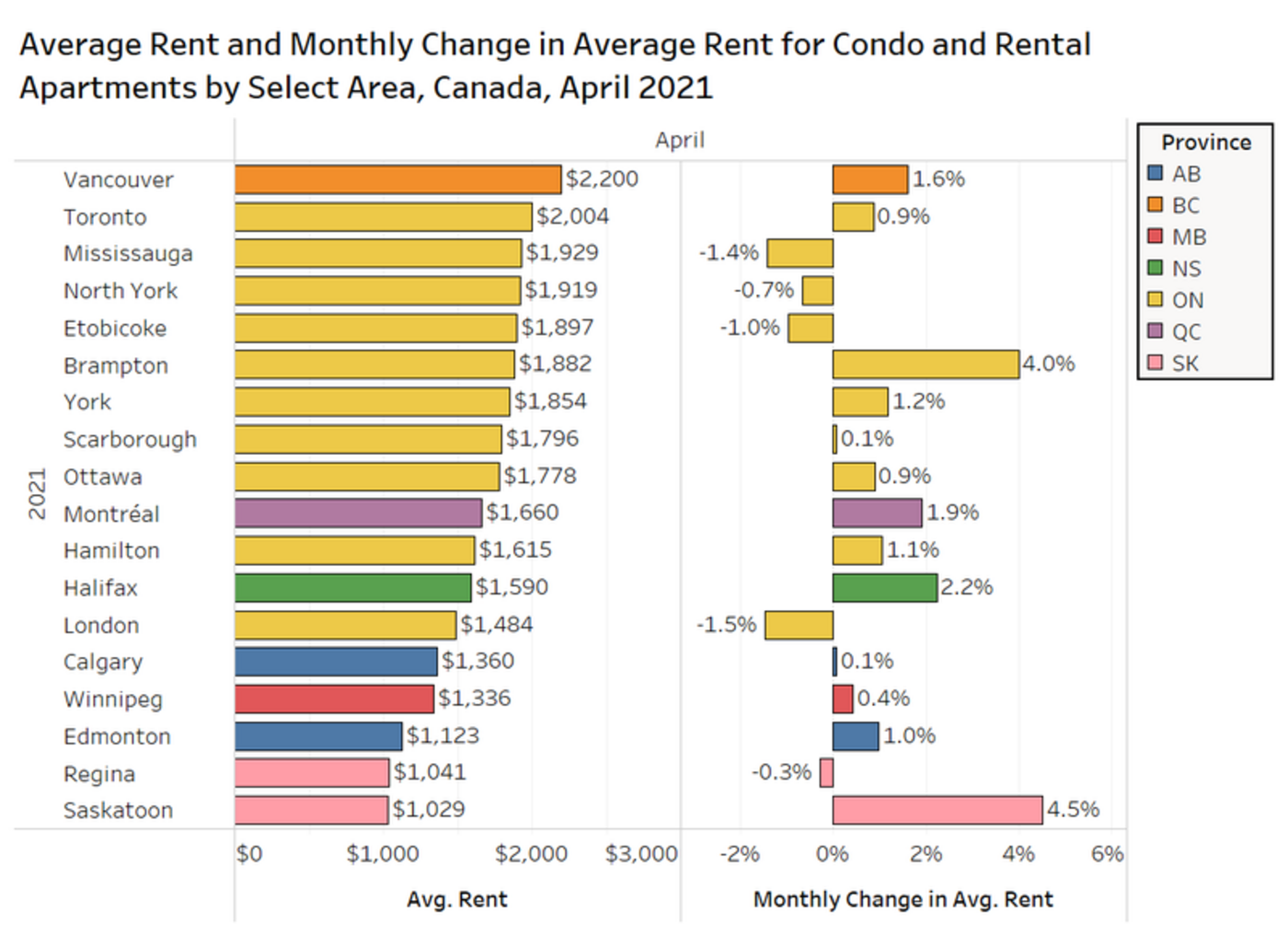 The rental landscape is changing across Canada as larger cities see prices increase month-over-month after more than a year of steep, steady declines. Image via rentals.ca.

Toronto finished April with an average one-bedroom asking price of $1,816, according to the report, marking a yearly decrease of 14.7 per cent but a small monthly uptick of 0.3 per cent.

Two-bedrooms went for an average of $2,407 in Toronto last month, down 10.4 per cent year-over-year, but up 1.5 per cent over the month previous.

These are, however, only averages; a more-detailed breakdown shows that some neighbourhoods are seeing rent prices rise far faster than the rest.

"The condo rental market really dropped during the pandemic, but the data shows the market could have turned the corner," reads the report, which features a chart with "data on the monthly change in the average rent per square foot for condominium apartments for lease in downtown Toronto." 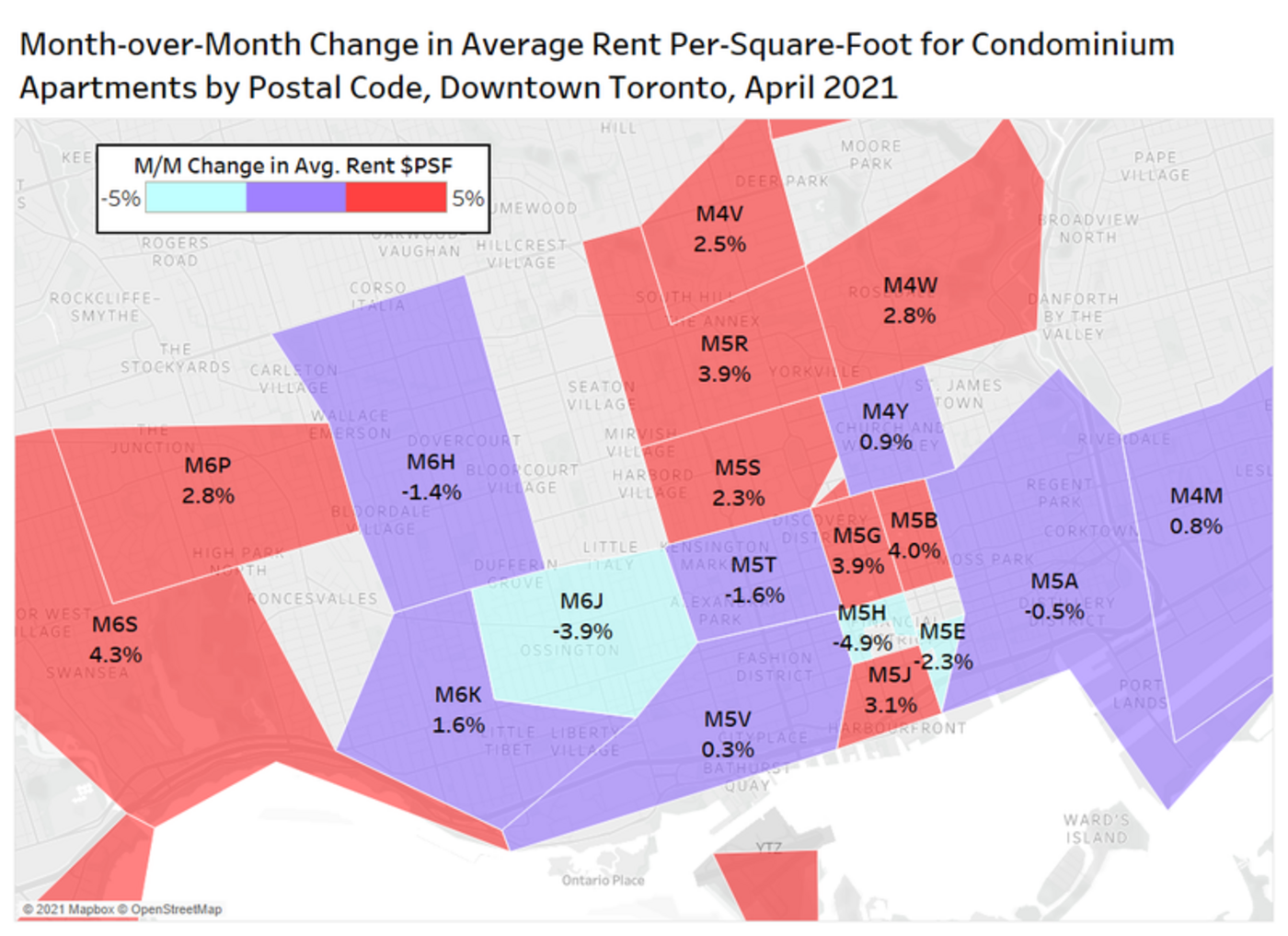 The area with the most condo rental activity remains Toronto postal code M5V, which saw an increase of 0.3% in prices per-square-foot between March and April of 2021. Image via rentals.ca.

Rent prices actually went down, month-over-month, in the M5H and M6J areas by 4.9 per cent and 3.9 per cent respectively.

What we know is that average rent prices across the city are still down from the year previous, and by quite a bit, even if they're now climbing again as opposed to sinking like a stone as they were.

Still, analysts need to see more data before they can say that rents are rebounding on the whole.

"Even with the prolonged pandemic, there appears to be increased rental demand," said Myers, "but it will take a few months before we declare it a trend and not a statistical anomaly based on a changing composition of listings."