Here's what could be coming next to Toronto's waterfront

The third phase of the massive Pier 27 condo development at Queen's Quay and Yonge is soon coming to fruition some eight years after the project first began, and developers Cityzen and Fernbrook Homes have released their plans and some new renderings for this final portion of the residential community. 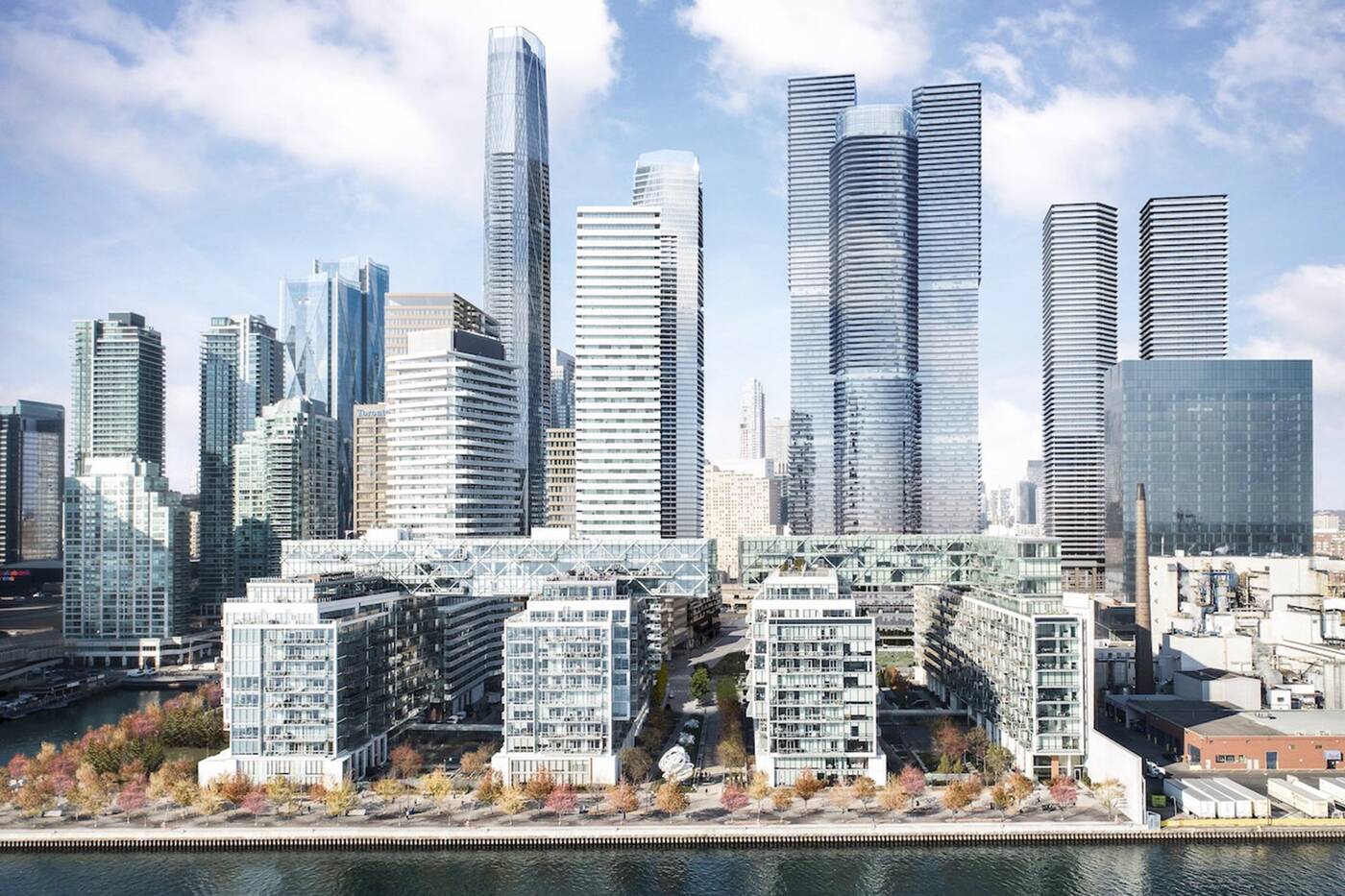 The future view of the completed Pier 27 from Lake Ontario. Rendering by architects—Alliance for Cityzen Development Group.

Known for the imposing cantilevered bridges that span between four of the existing steel and glass condos along the Toronto waterfront, the architects—Alliance-designed complex added a 35-storey highrise called "The Tower" last year, which will be joined by two more towers as part of phase 3, one of them 45 storeys and the other, 11. 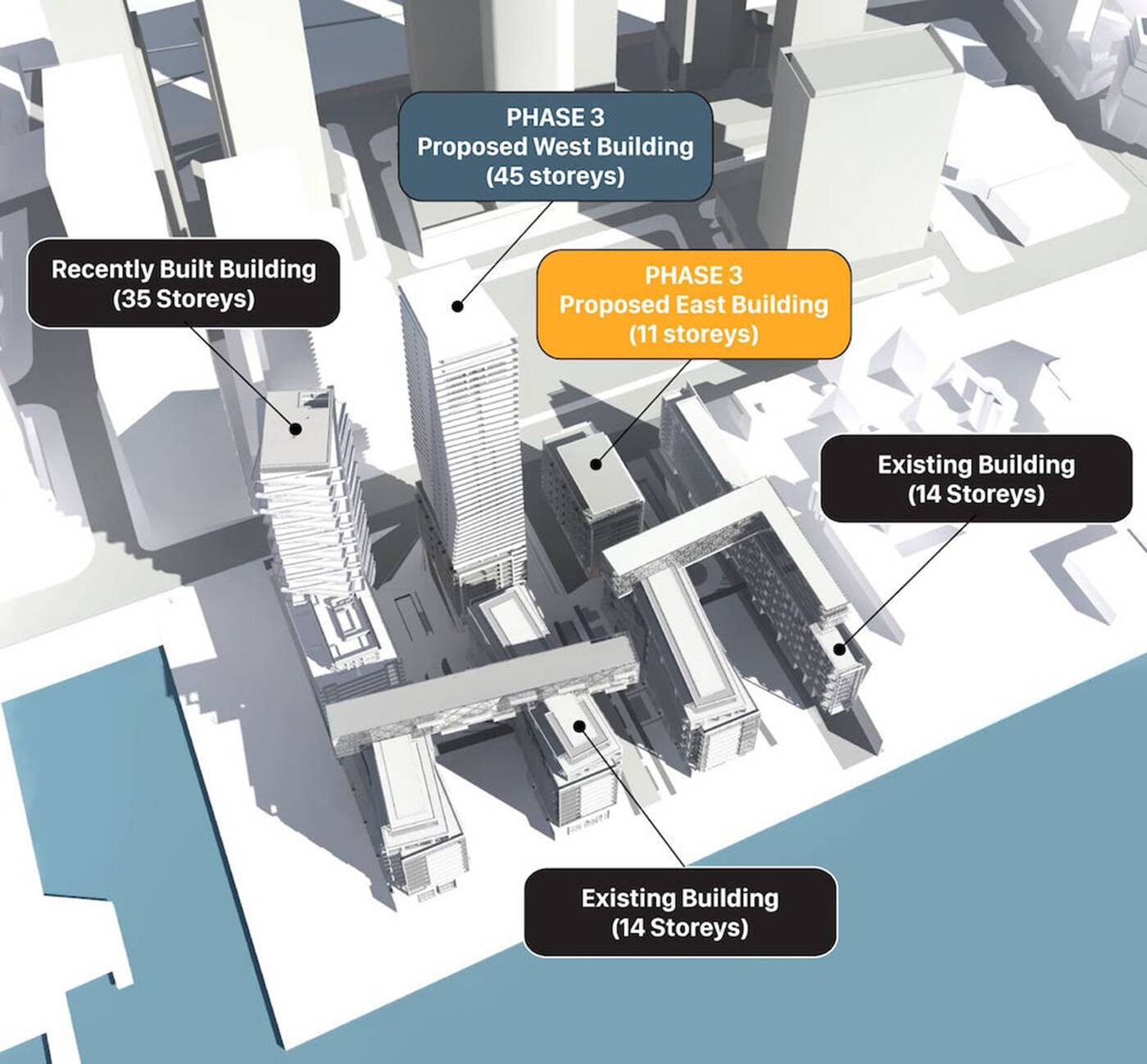 The layout of the complex, with both completed and forthcoming towers. Plans from Cityzen Development Group via UrbanToronto.

The taller of the two is currently pending a zoning amendment, as original plans dictated that both of these newest structures be closer to the 14-floor height of those in phase 1.

Both will have ground-floor retail and a combined 582 condo units of various sizes and 362 parking spaces, though the numbers are all up in the air at this point, as Cityzen is still in the process of submitting its proposal for phase 3 to the City for review.

Such details have changed numerous times over the years, and the project's own rather outdated-looking website still fails to reflect these most recent changes to the specs. 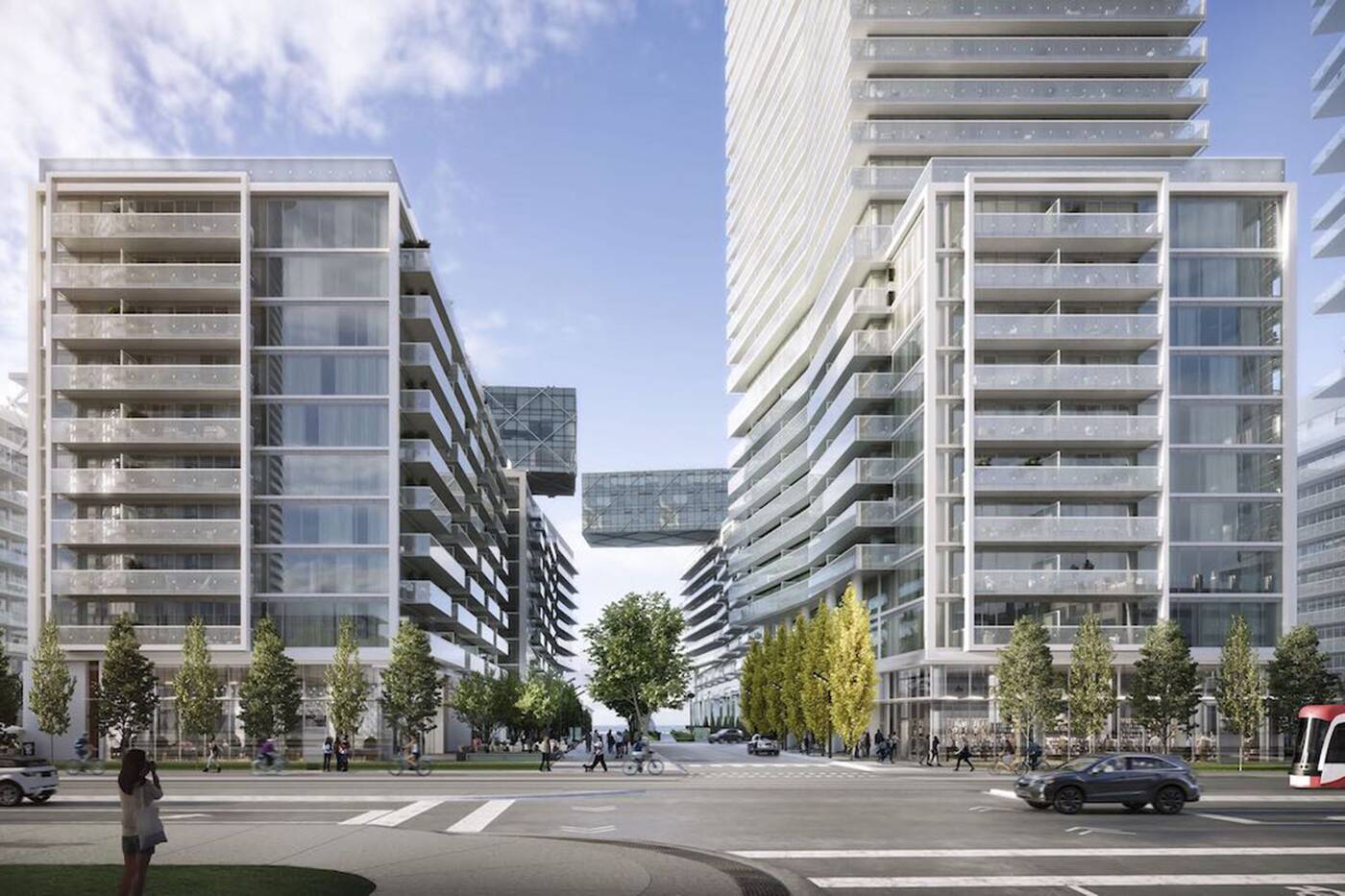 What the lower floors of the phase 3 buildings are slated to look like, as seen from Queen's Quay. Rendering by architects—Alliance for Cityzen Development Group.

As previously underutilized portions of the city continue to be developed rather rapidly, residents will definitely be witnessing a completely revamped waterfront in the next few years, including new green spaces, housing, retail, offices, and an entirely new island community.