A defunct restaurant that was iconic enough to serve as the namesake for an entire Toronto neighbourhood will soon be finding new life after 14 years of being shuttered to the public.

The Canary District, a once overlooked part of Toronto near where the Don Valley Parkway meets the Gardiner Expressway, has been up-and-coming for a number of years now after serving as the location for the 2015 Pan/Parapan Am Games Athletes' Village.

The West Don Lands locale garnered its name from the Canary Restaurant, which had operated at the corner of Front and Cherry since the mid-1960s before closing down due to declining business in 2007.

But since the international sporting event six years ago, condos, businesses and public spaces have quickly popped up to make the area around the historic 162-year-old building that the Canary once called home into a hip and desirable pocket of the city.

In comes the Canary House, a new mixed-use condo project from developers Dream Unlimited and Kilmer Group that serves as the latest addition to the area. 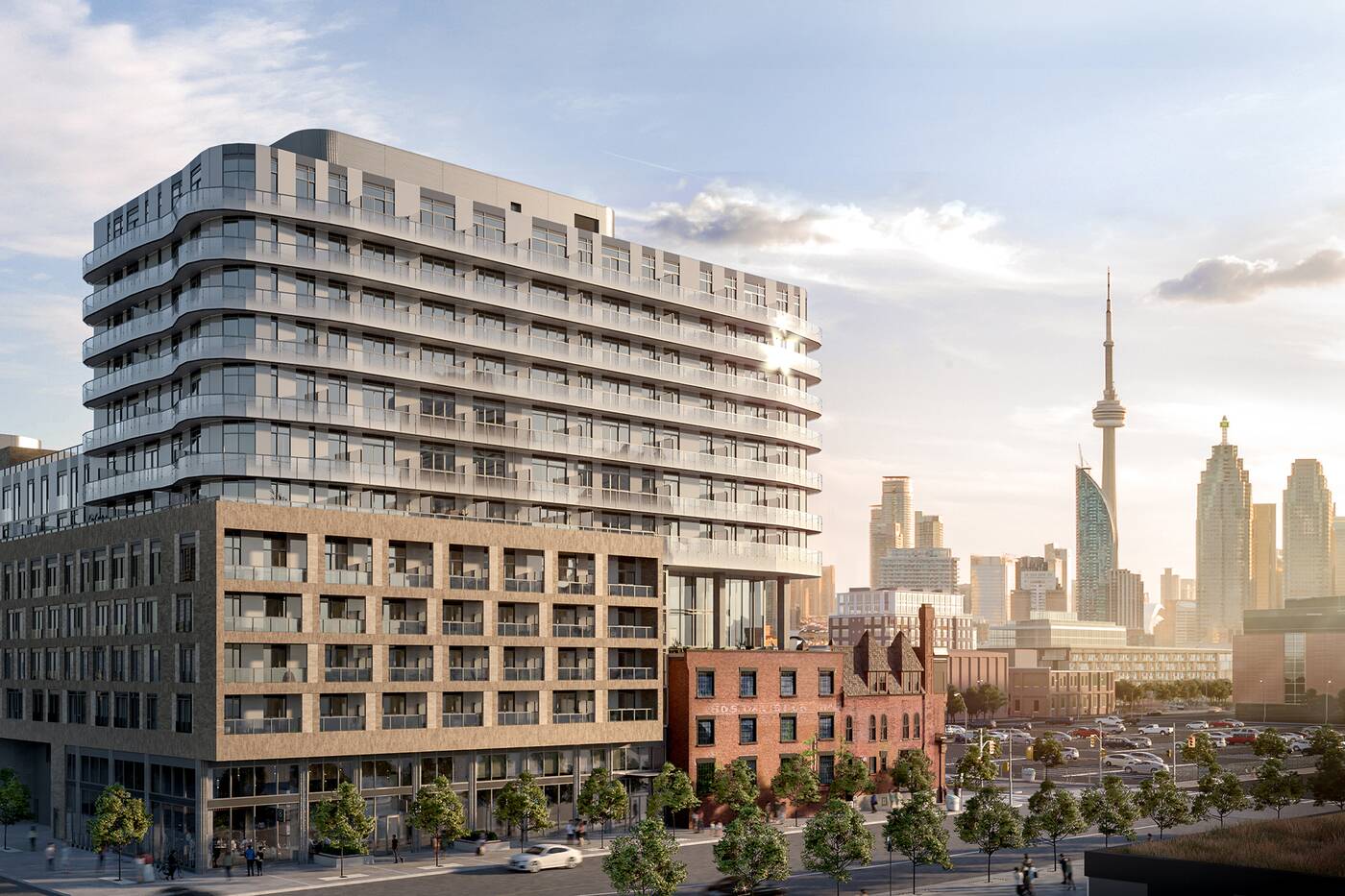 The exterior of the mixed-use Canary House. Renderings from Dream Unlimited and Kilmer Group.

The 13-storey tower will sit adjacent to a newly-restored Canary Restaurant — which will "once again become a commercial destination," though it is not yet clear what type of business it will house — and will include ground-floor retail, 206 residential units, and a whole host of amenities. 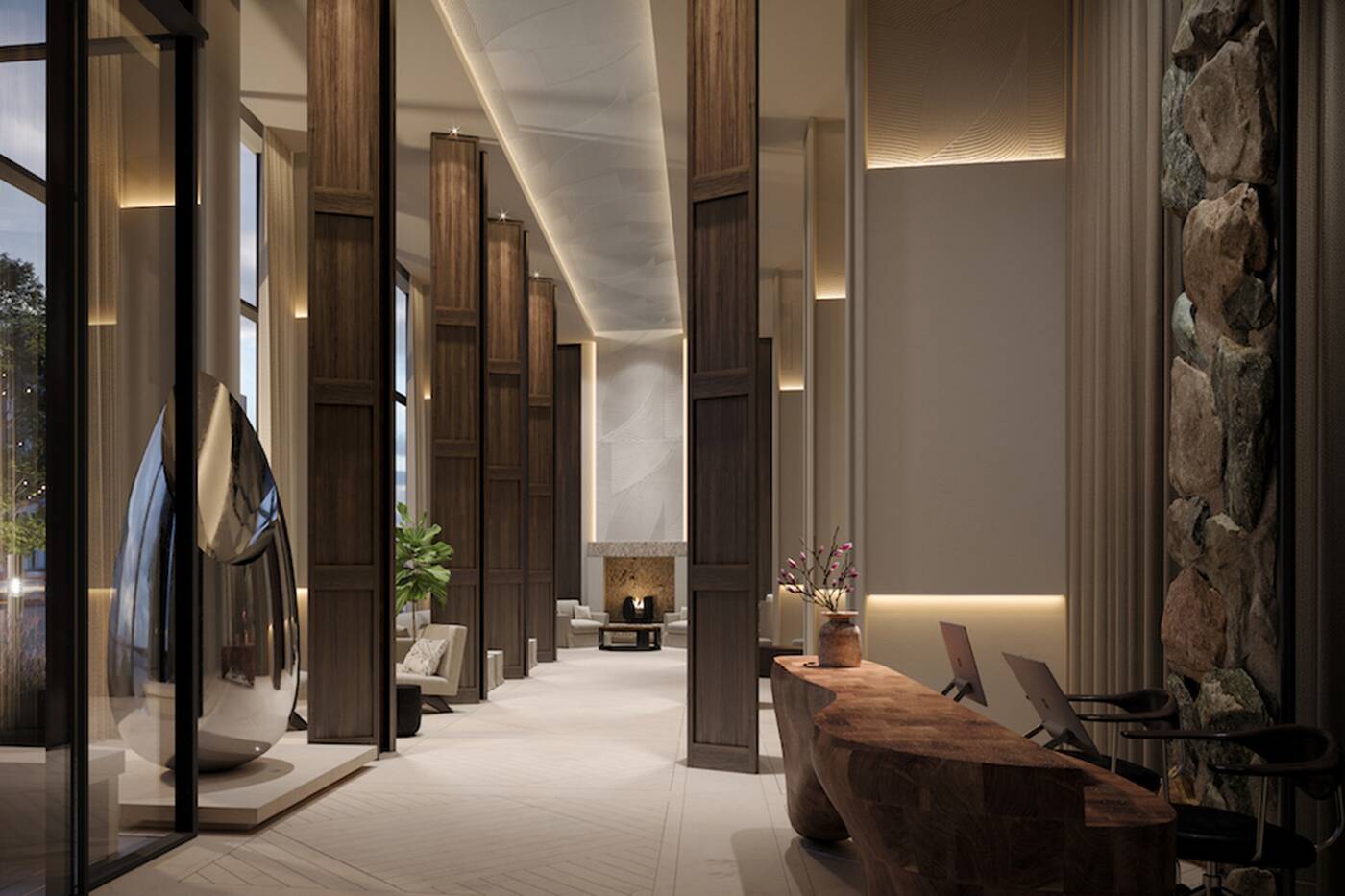 Natural materials like stone and wood will be used for interior finishes to " create an authentic feeling of being surrounded by nature." Renderings from Dream Unlimited and Kilmer Group.

A rooftop dining room and terrace, fitness studio, theatre room, library, and more will be on offer to residents, with architecture from BDP Quadrangle and interior design inspired by nature from famed U.K. firm Elastic Interiors.

The new build and the revitalization of the restaurant space is just one part of the story of Toronto's rapidly-changing waterfront, which will eventually include an entire new island community, Villiers Island, just a short walk from Canary in the city's Port Lands.