This area of Toronto is becoming a land of condos

As Toronto's population explodes, so too must the number of places for people to live — hence the inclination of developers to build high-rise residential buildings pretty much anywhere they can manage to.

Sometimes this manifests in the form of a densely-packed urban mega-development, like City Place, Liberty Village, or one of the many forthcoming master-planned communities around the city.

Other times they come up insidiously, one demolished warehouse and mini-mall at a time. 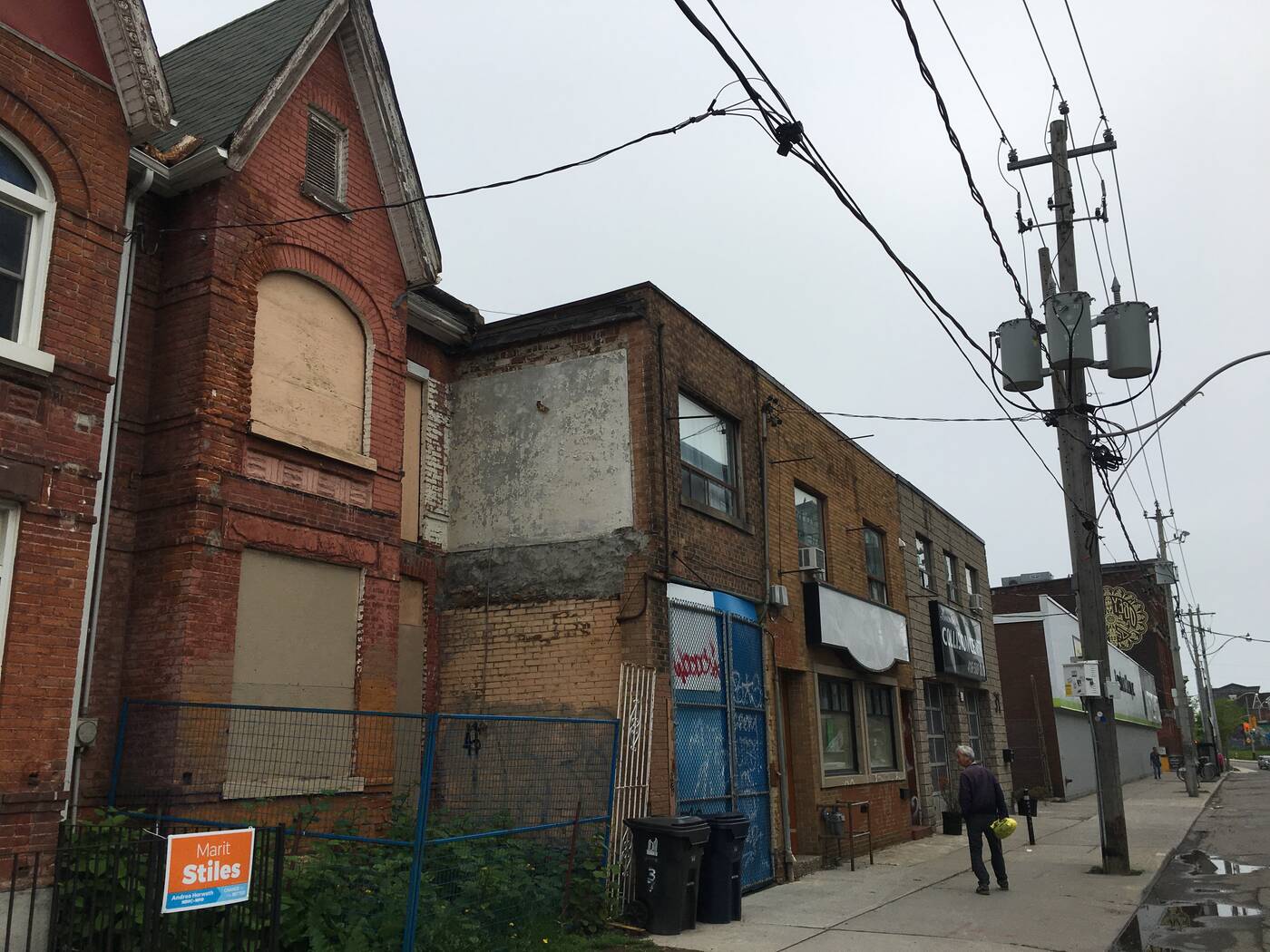 Boarded up buildings slated for demolition on Gladstone Avenue.

A new seven-storey condo development has been proposed for the space directly north of FreshCo at Gladstone Avenue and Queen Street West, where currently stands some vacant, boarded-up houses and an old automobile collision centre. 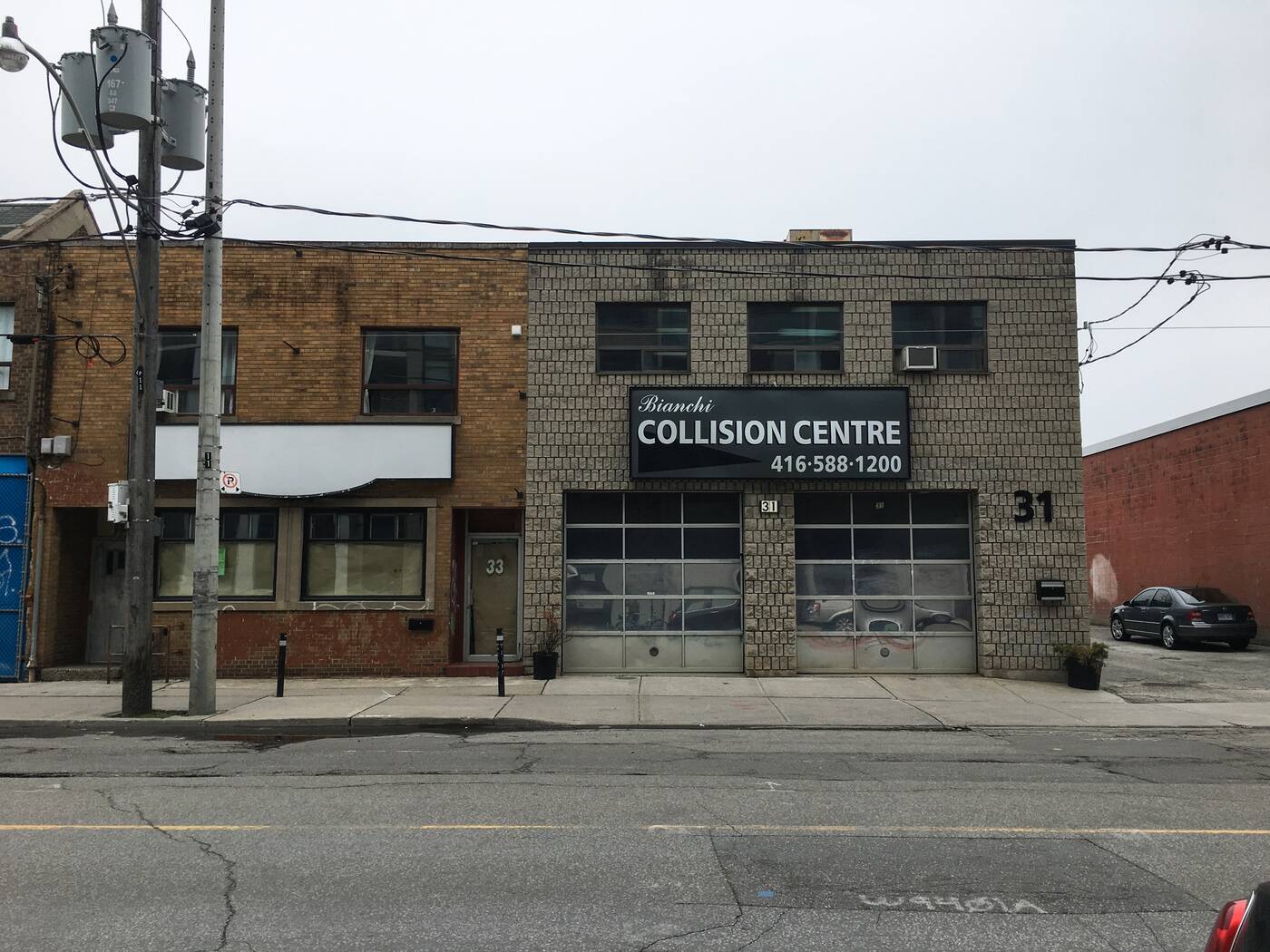 Condoman Development Inc. is asking the city to amend a zoning bylaw so that two vacant properties with three addresses (31, 33 and 37 Gladstone) can be amalgamated into one building with 58 dwelling units, not too far from the Gladstone Hotel. 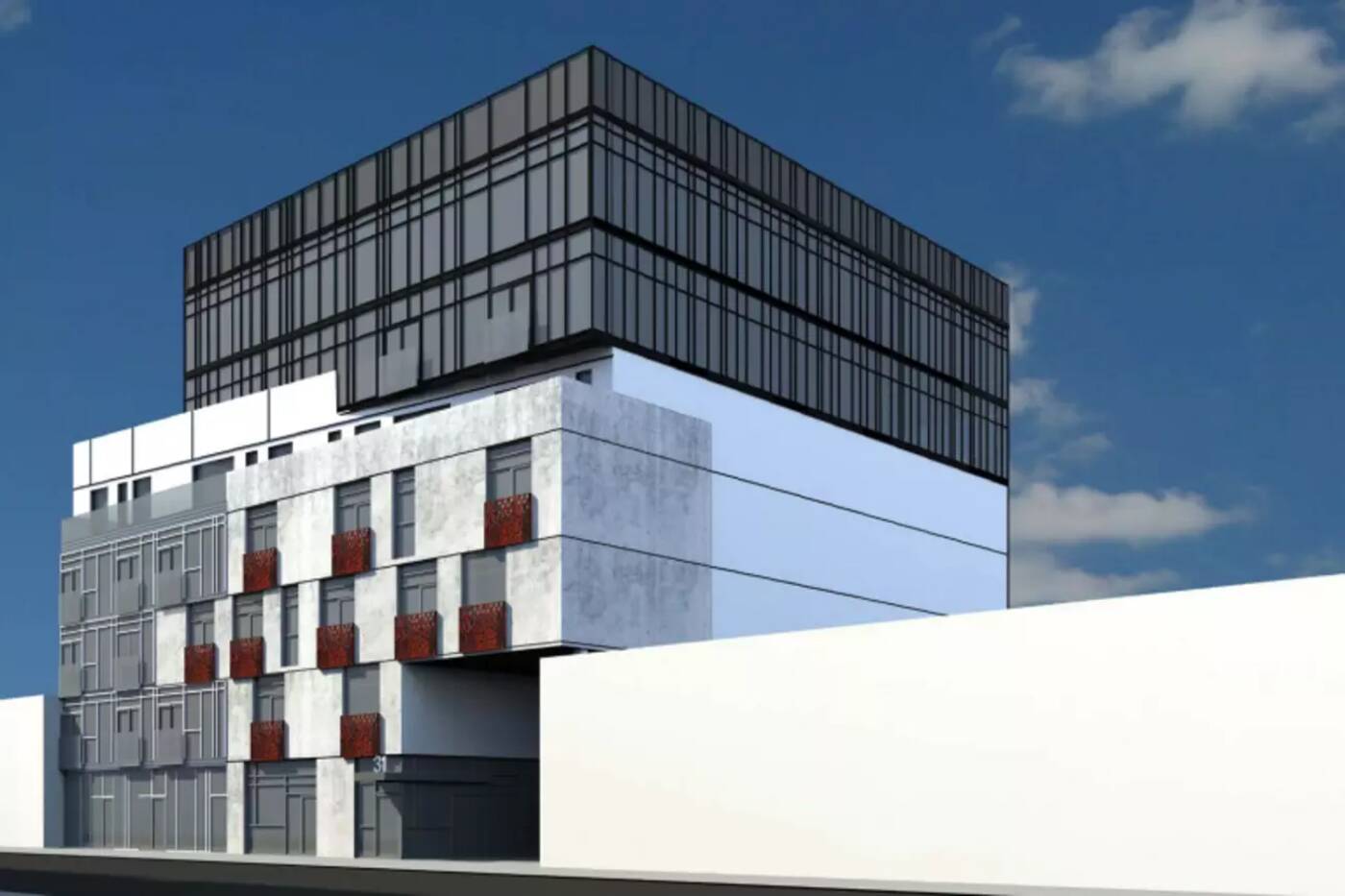 Rendering of the proposed new building at 31 Gladstone via City of Toronto submission.

Once the buildings are demolished to make way for this new development, Gladstone between Queen and Peel Avenue will be almost entirely unrecognizable compared to itself just five years ago.

In fact, the entirety of what we once had to call the "Dufferin Jog" (grumble grumble) is now almost entirely flanked by either condo buildings, or condos-to-be, which shouldn't be surprising given the great location. 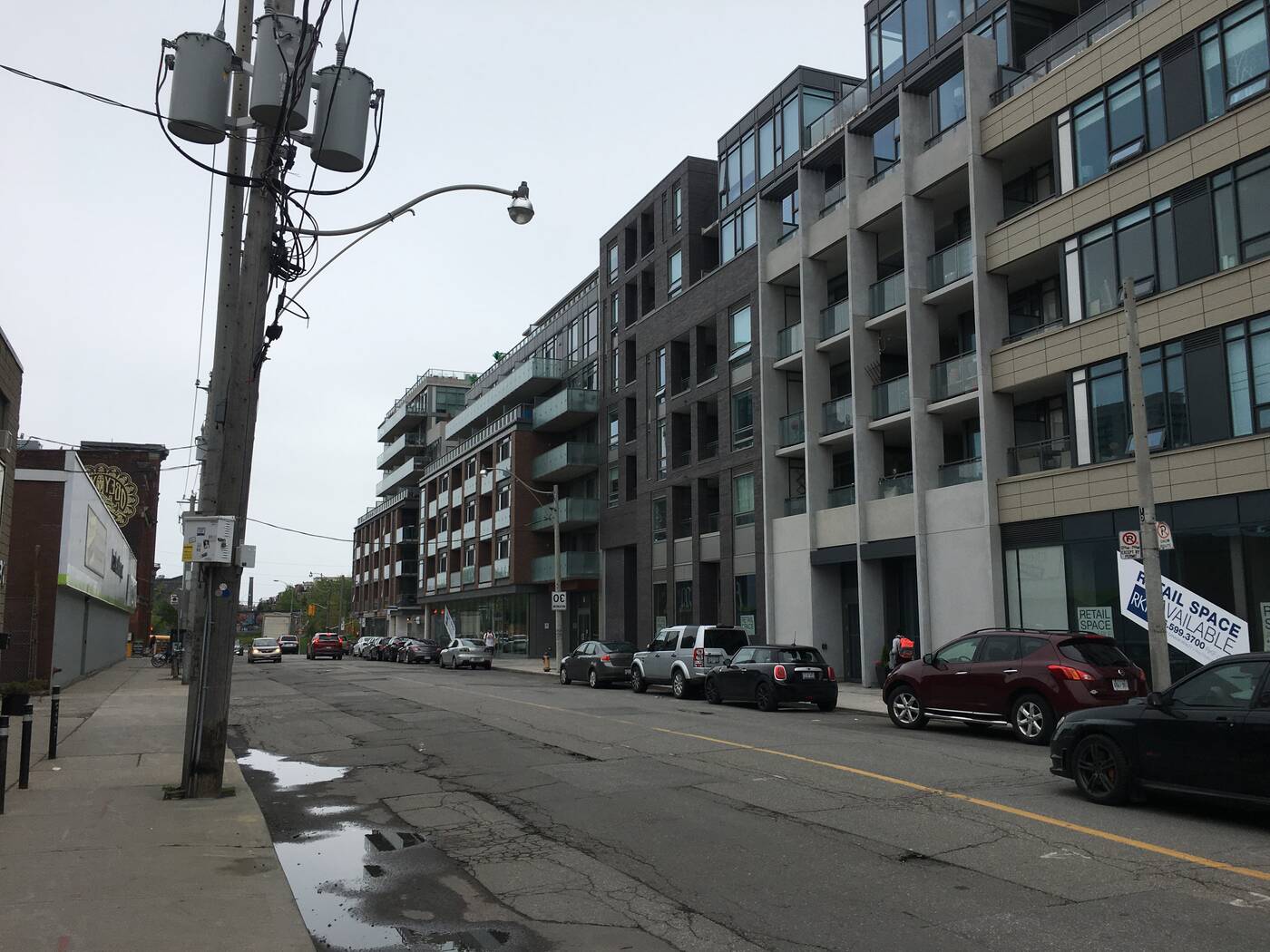 The row of condos on the west side of Gladstone Avenue.

Still, it's quite the change. The run-down rowhouses that once stood adjacent to the Price Chopper are long gone, as is another auto body shop and literally everything else between Peel and Queen on the west side of Gladstone.

A mega-development called The Carnaby (that big gray building with a Metro at the base) sprawls all the way over from Gladstone to Dufferin. 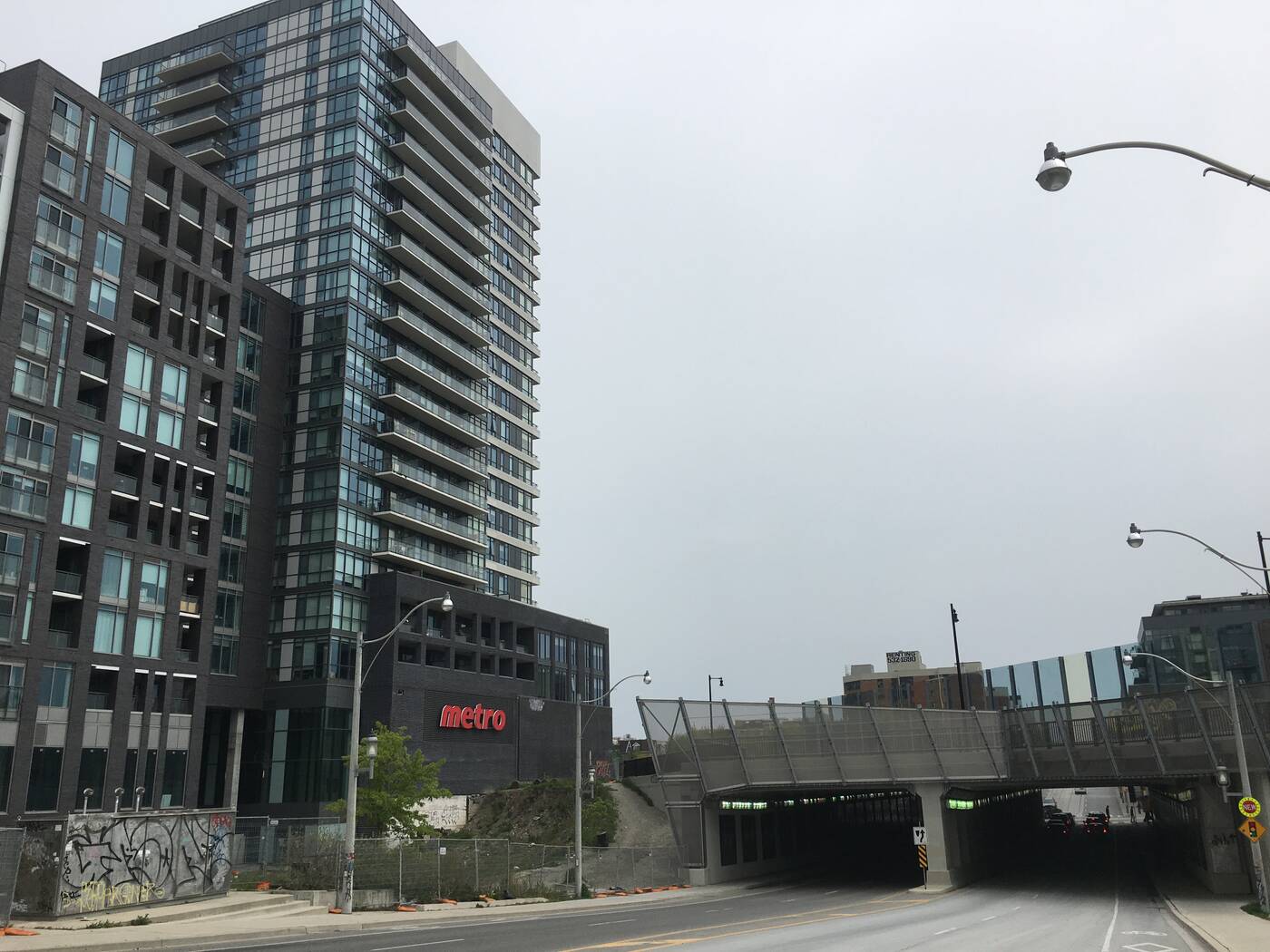 The Carnaby condo on the south side of Queen near Gladstone Avenue.

Both the north and south sides of Peel also now hold condos very similar to the one proposed last week with gradually ascending setbacks. 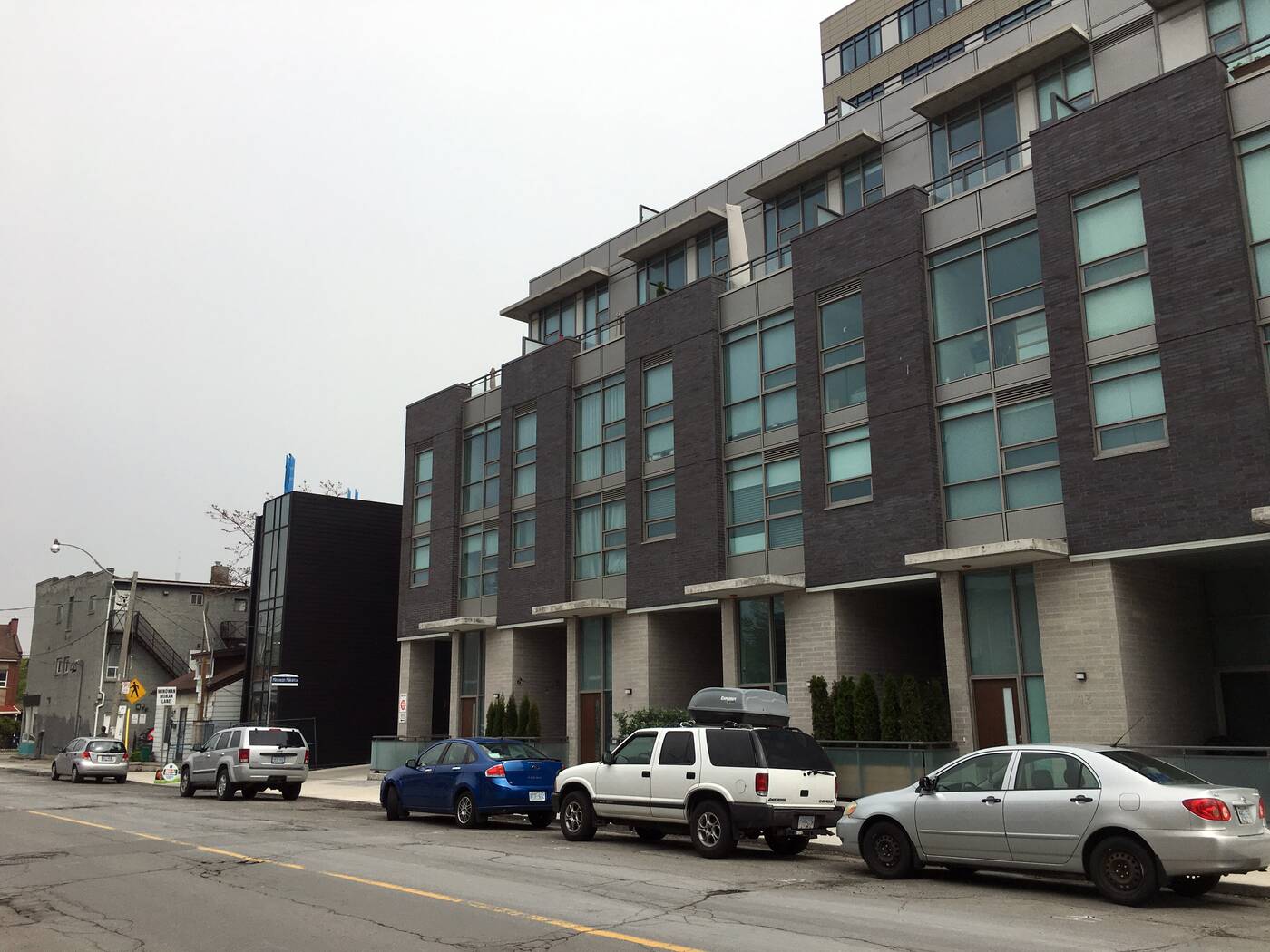 Condos on Peel between Gladstone and Dufferin.

Heading west on Peel, the old artist and startup warehouse at 442 Dufferin is now completely razed and ready to become (what else?) a condo complex. 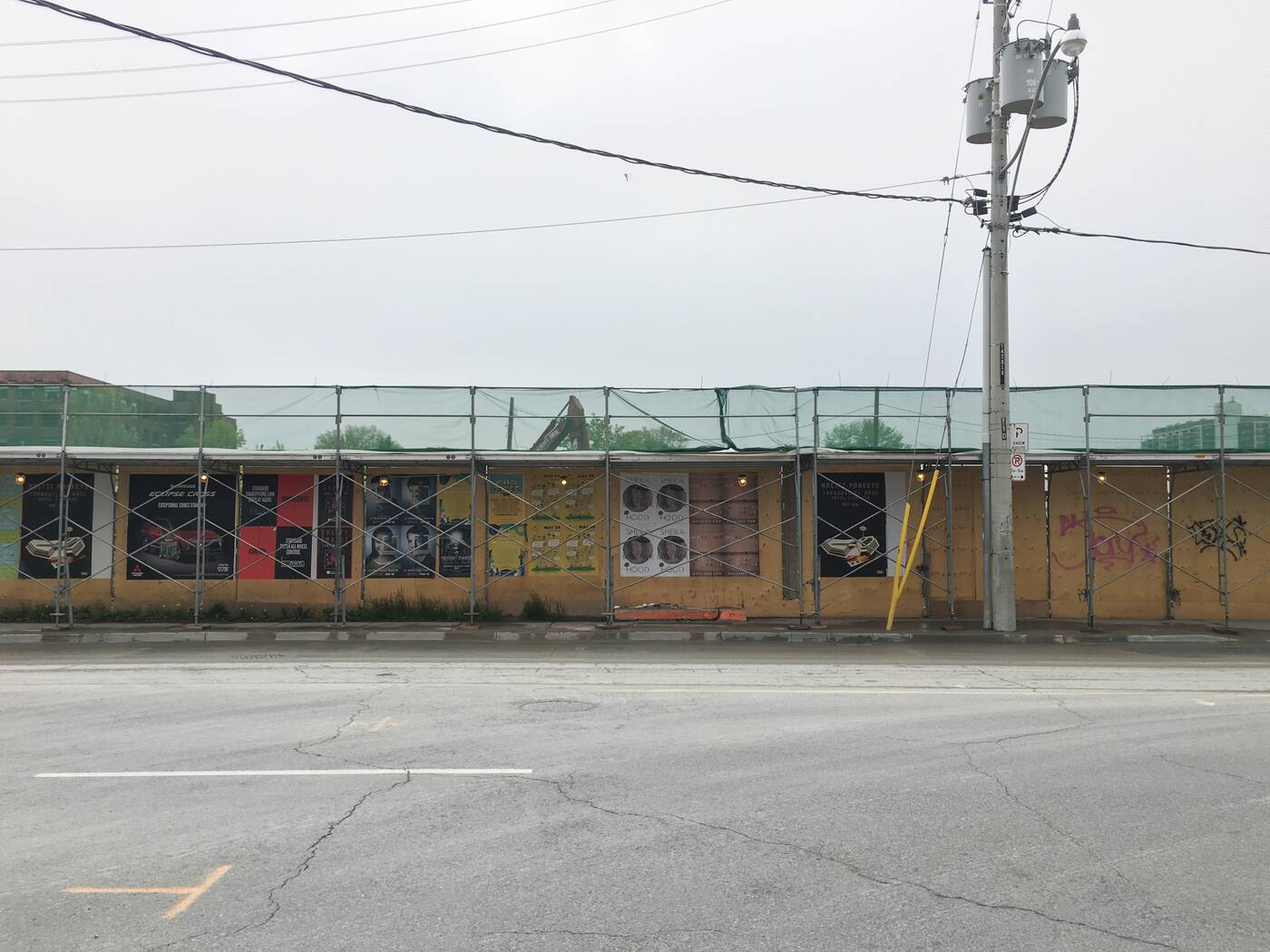 The site of the former warehouse at 442 Dufferin.

But that's technically on the Parkdale side of Dufferin, which is already a known hot spot for new developments and/or gentrification, depending on how you feel about it.

Ditto for the nearby Q Loft, which made waves of its own upon popping up in 2014. 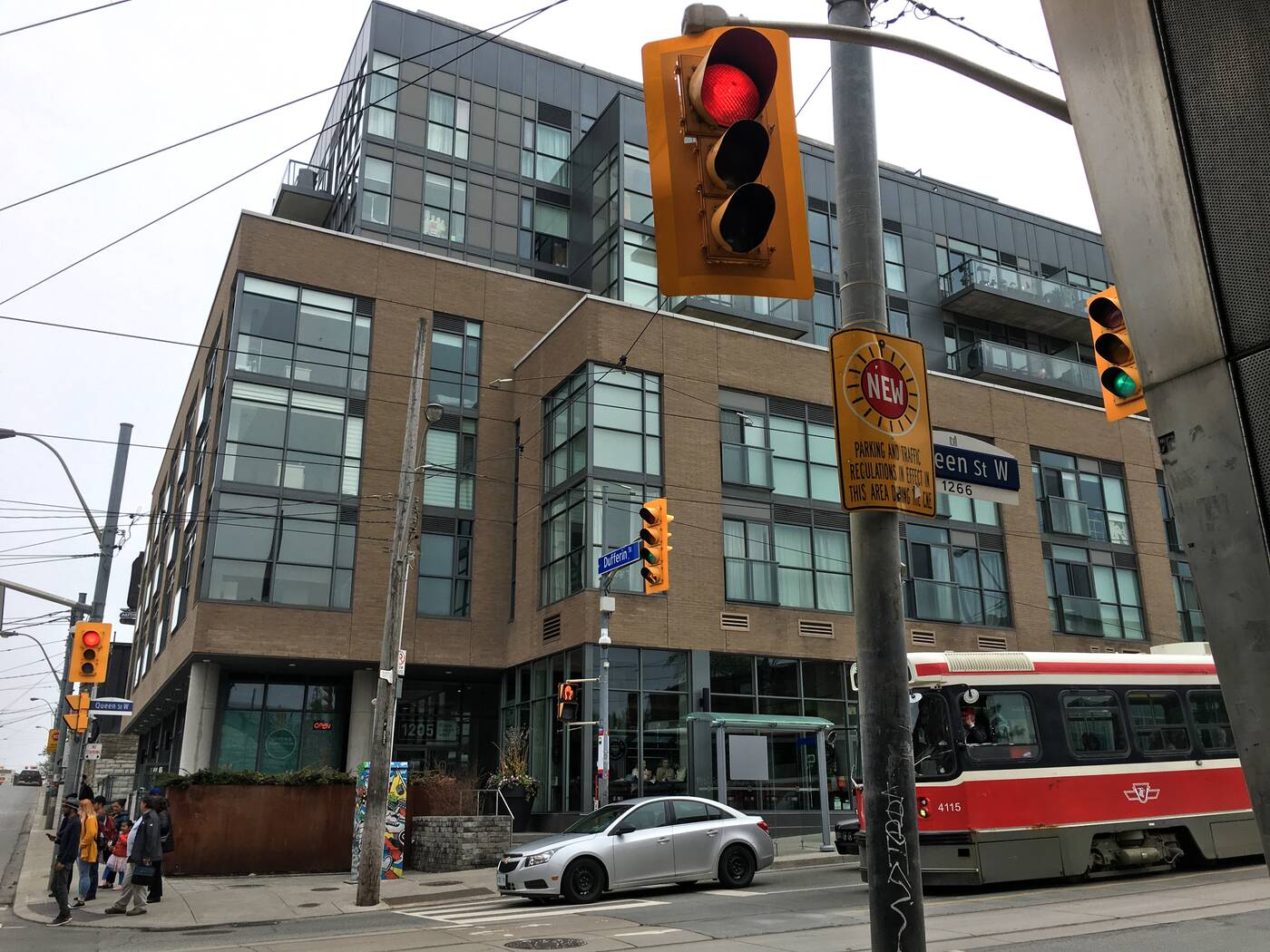 The Q Loft on the northwest corner of Queen and Dufferin.

As far as the Dufferin Jog goes, only a handful of mismatched homes remain along the east side of Gladstone, just before Peel. 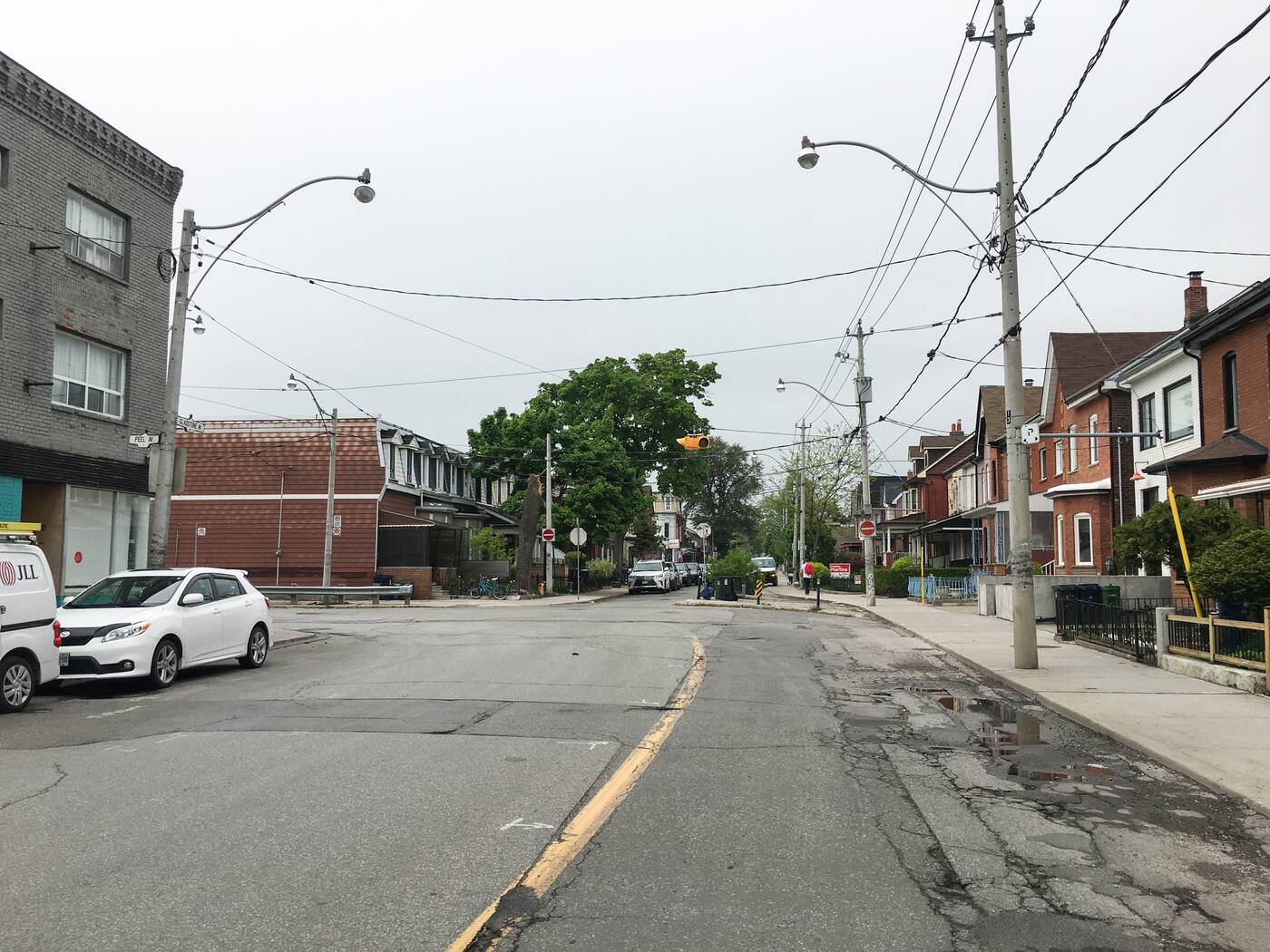 Based on what's been happening with real estate in the area lately, I'd reckon their days are numbered. For better or for worse, they're the only things standing in the way of a perfectly condo-lined former Jog.