Toronto is currently being swept up by mega developments

Nowhere is the rapid pace of Toronto's growth more obvious than in blueprints for future developments.

Within five years, Toronto is expected to see dozens of new master-planned communities built around the city by powerful consortiums of architects, developers and urban planners.

The construction of condo buildings is something we're used to – the sky almost looks weird without at least a few cranes in it now – but these forthcoming mega-developments are something else. 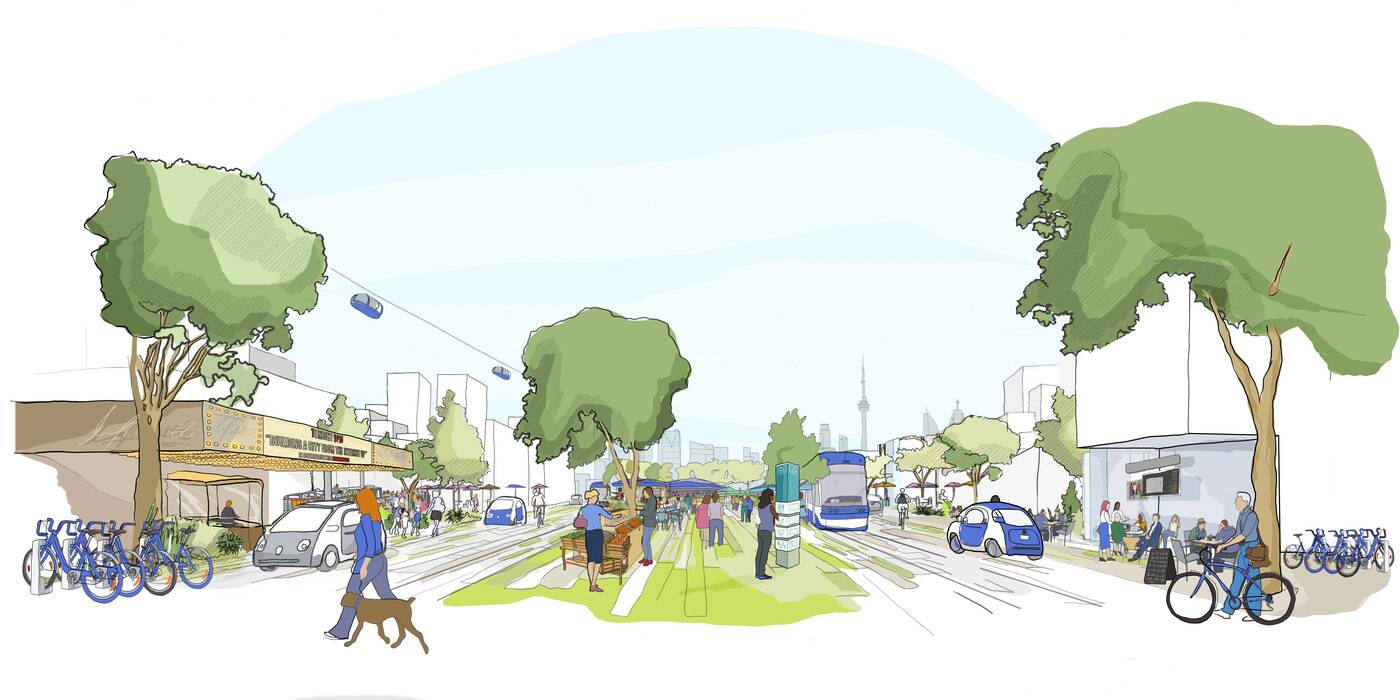 Alphabet released a series of renderings with the news that Sidewalk Labs had won a contract to redevelop 12-acres of Toronto's Waterfront. Image via Sidewalk Toronto.

Unlike, say, CityPlace, which was approved more than 15 years ago, the most exciting future developments we've seen aren't so much residential complexes as they are full-on neighbourhoods.

Take Quayside for instance. The recently-announced development by Alphabet's Sidewalk Labs will transform Toronto's eastern waterfront into what's been described as "a living laboratory for urban technology" – Google's own little "smart city" within a city. 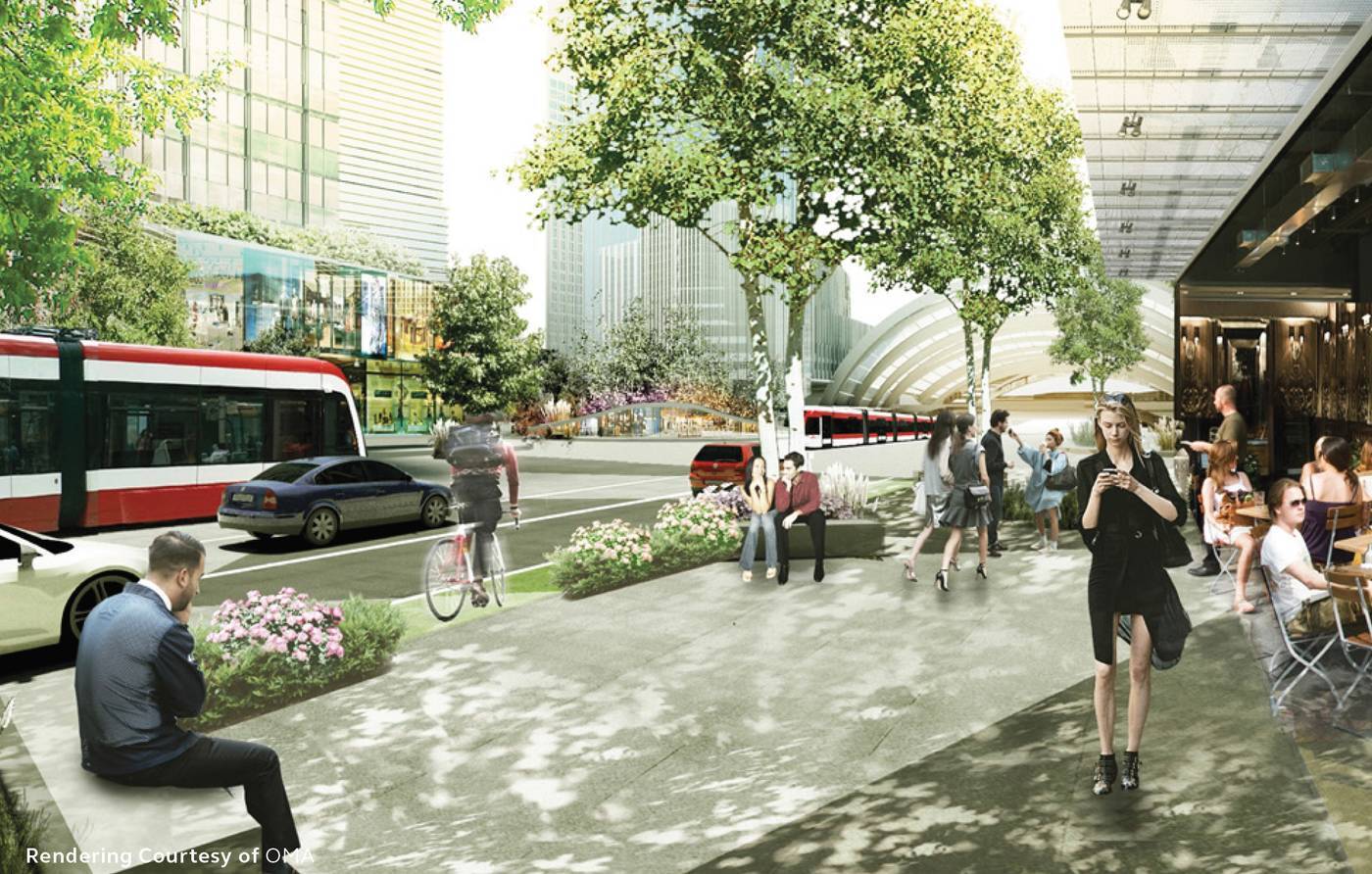 Just a hop, skip and a jump down the street is where a "second downtown" is expected to rise on the former Unilever site at the foot of the Don Valley Parkway. 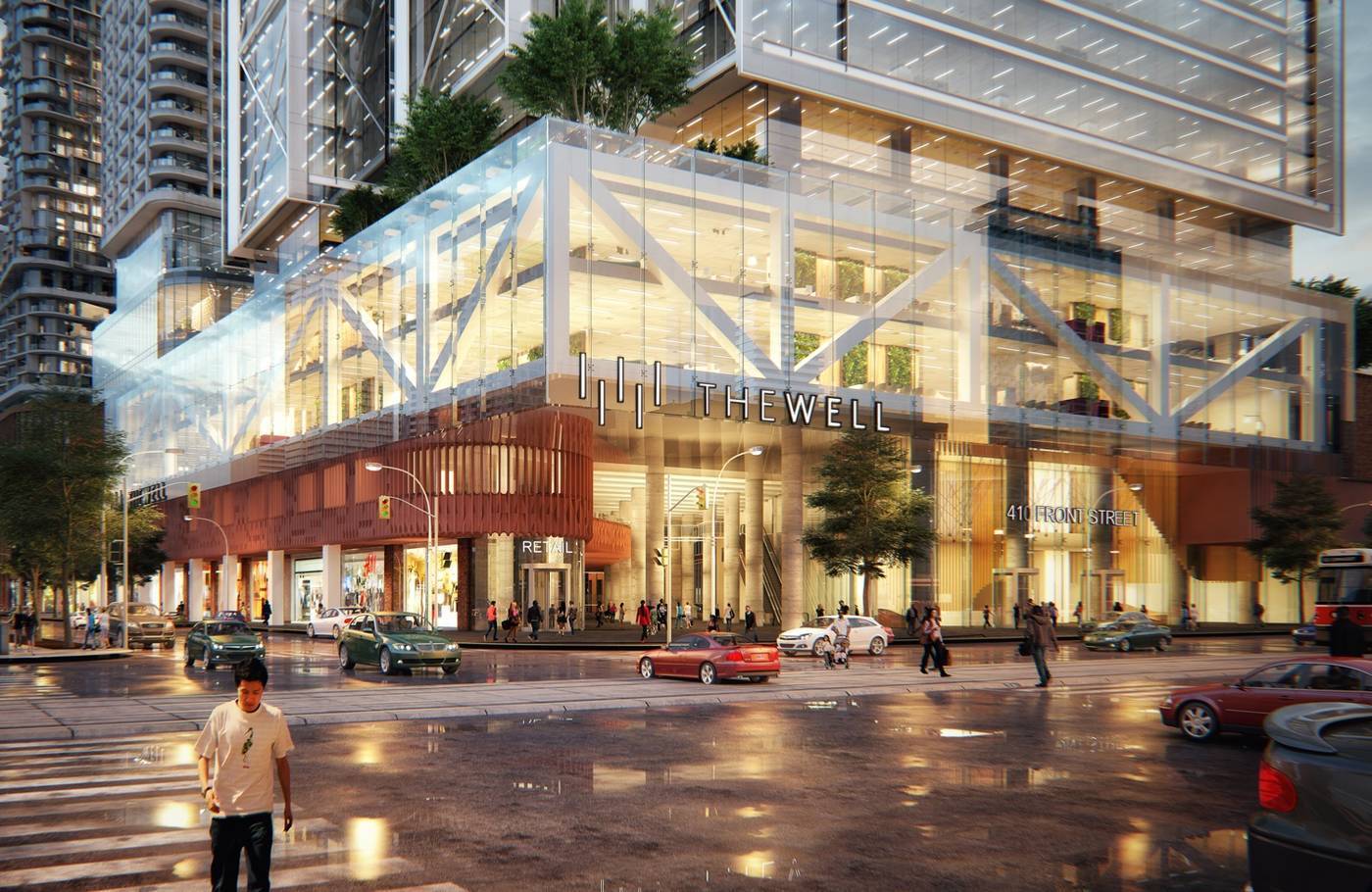 The Spadina gateway of the well as it appears in development plans from earlier this year. Image via The Well.

Over on the west side of downtown Toronto, an ambitious mixed-use development called The Well promises to turn what's now a rather drab strip of Front Street between Spadina and Draper into a vibrant thoroughfare.

The community by RioCan and Allied will be comprised of residential, office and retail space, as well as many restaurants and – most interestingly - a cat-themed park. 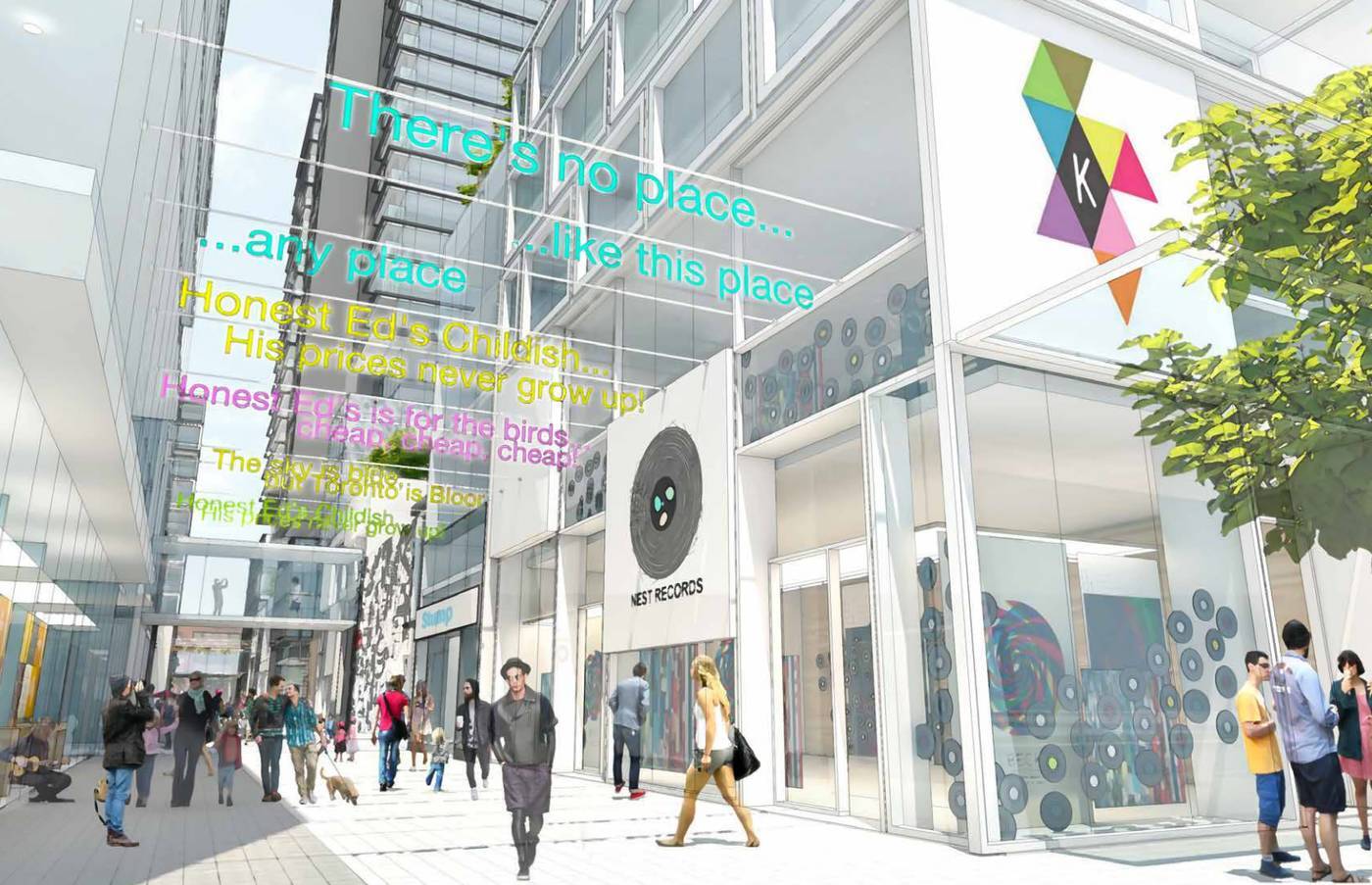 A rendering of the revamped alley beside the site of the now-closed Honest Ed's. Image via Westbank.

Renderings by Westbank for the redeveloped Mirvish Village at Bloor and Bathurst look like something out of minority report. Again, this area is being constructed as a full community as opposed to a collection of buildings.

There will be plenty to do and buy for those who live and work in the area, with a 20,000-square-foot market and food hall, a "micro retail corridor" in the old Honest Ed's Alley and lots and lots of green space. 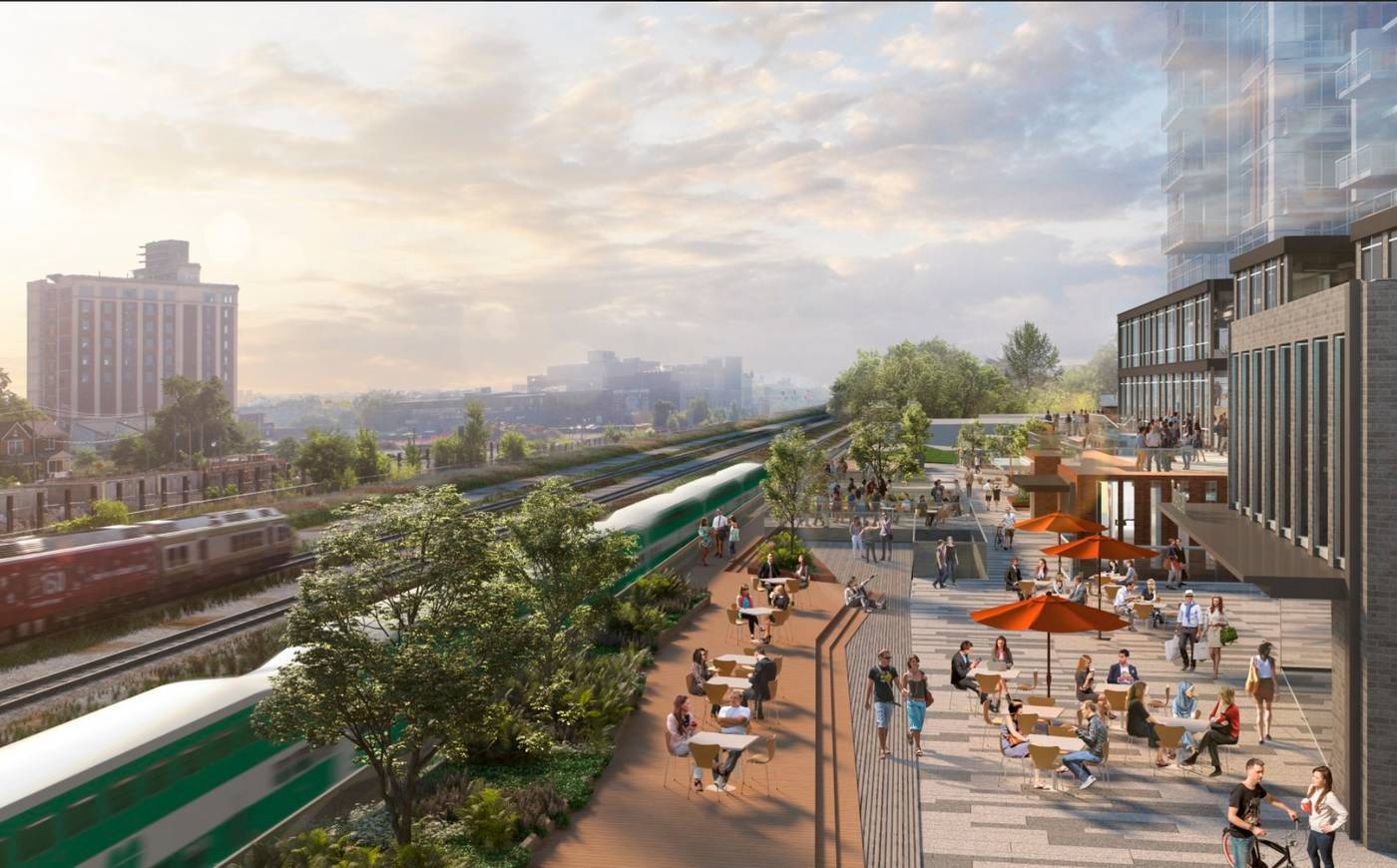 A rendering looking southeast from 2280 Dundas West towards the Junction Triangle. Image via Choice Properties.

Mirvish is one of three mega-developments scheduled to pop up along Bloor Street over the next 10 years, if you can believe it. Just last week, Choice Properties unveiled preliminary plans for a new mixed use community on a 10-acre site near Dundas West that's currently occupied by a 1960s-era strip mall. 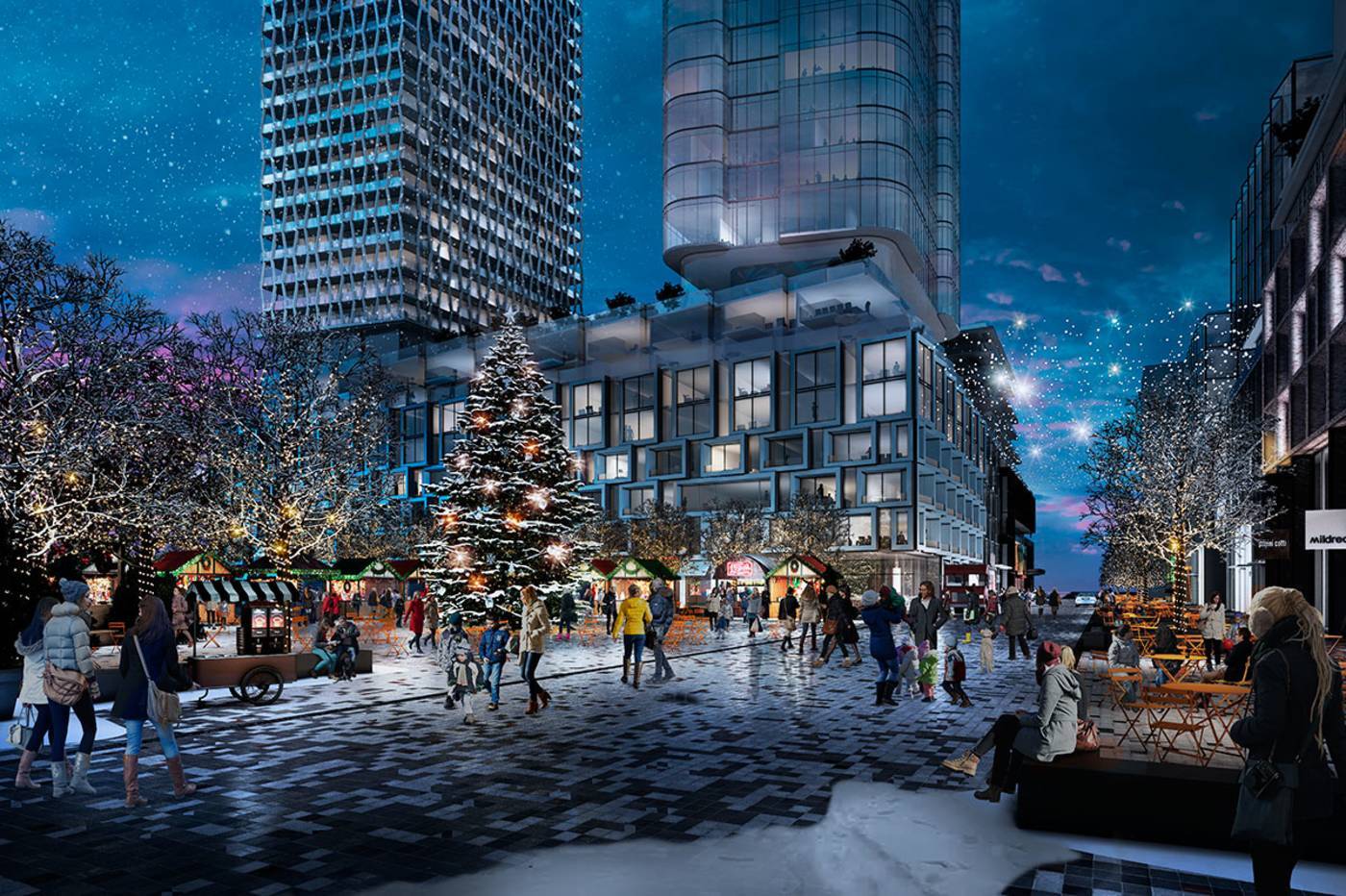 A view of the planned public space at Bloor and Dufferin on a starry winter evening. Image via Capital Developments.

Down the road, a highly anticipated revitalization of Bloor and Dufferin will radically change the area, turning what used to be home to multiple schools into a futuristic public square.

A recently-submitted development proposal from Capital Developments and Metropia suggests that the development will be divided into seven blocks and involve the creation two, brand new, north-south streets. 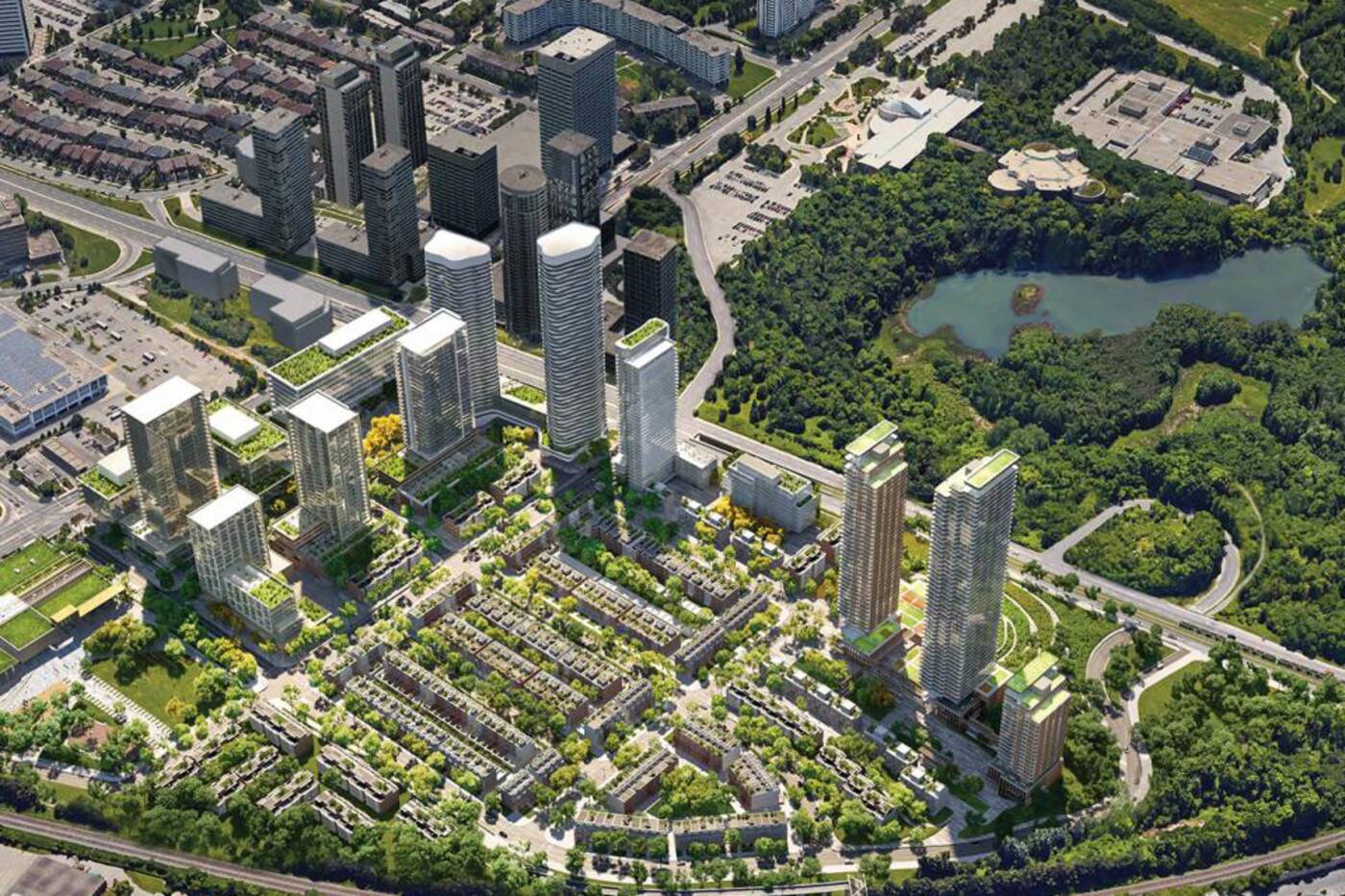 This rendering shows the scope of the massive Wynford Green development at Don Mills and Eglinton. Image via Diamond Corp.

The mega development trend isn't confined to downtown, either.

Looking toward the forthcoming Eglinton Crosstown LRT line, we'll eventually have Wynford Green – a 60-acre development slated for the site where IBM Canada originally built its headquarters in 1951.

A mixture of residential, commercial and office buildings, as well as bike paths, parks and low-rise townhouses, Wynford Green is described as a "transit-oriented" development and projected to house roughly 10,000 new residents and workers.