Another condo could be coming to Toronto. While this definitely isn't groundbreaking, where the condo wants to go kind of is. The proposal is to build it on top of a heritage building at the corner of Queen and University. 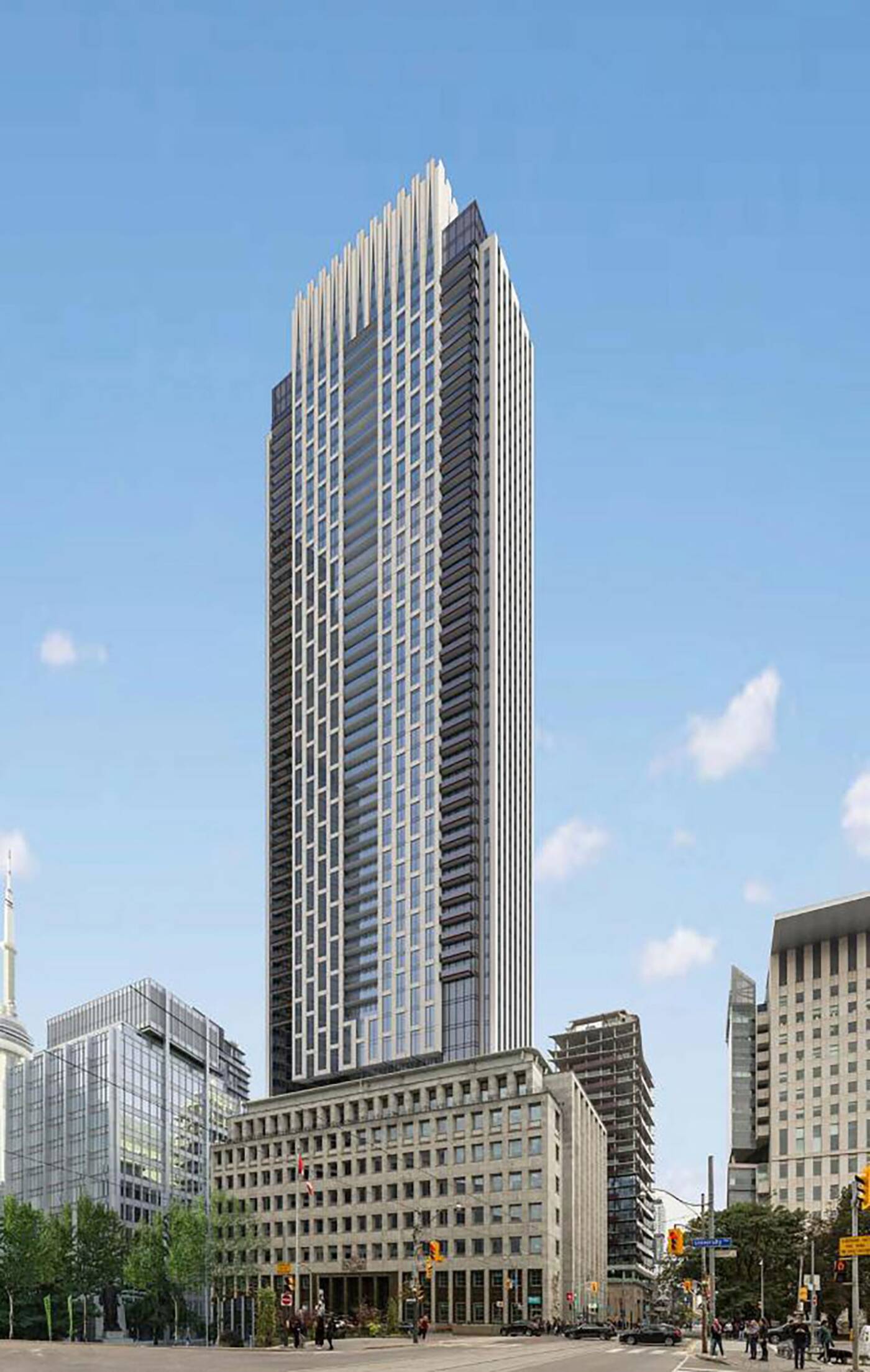 250 University Avenue, formerly a Bank of Canada Building, was built in 1958. It's now an eight storey office space with a Rexall attached.

Alone, the proposed tower is a 44-storey residential building with 495 condo units. The structure as a whole would reach 54 storeys. At the end of April a request was sent for a Zoning By-law Amendment to make this build possible.

Perhaps one of the oddest proposals I've ever seen.... 54-stories & 176-meters at 250 University Ave erected above 8-storey 1958 former Bank of Canada building.

The two-floor basement of the building is reported as needing to be redone for this proposal, to accommodate 562 expected bicycle parking spaces. The basement currently houses a vault that has been re-purposed into a common area.

Some are skeptical of the proposed development for the way it looks in renderings.

We can only pray it’ll look better in real life.

Heritage specialists GBCA Architechts are slated to lead the design relating to the heritage building and and IBI group is designing the tower above.