The Carnaby is the latest project in Streetcar Development's growning reign over Toronto's condo real estate market. At present, Streetcar also has blueprints drawn for a project out in the east end, already having experienced success in West Queen West with its 2 Gladstone and 8 Gladstone projects. But this new endeavour will be slightly further north and a whole lot more substantial, with 20 floors of units and room for hundreds of dwellers. The three structures will be connected with a series of steps and laneways, creating a sort of "brunch-loving-artist-professional-and-singles" community (my words), right at the intersection of Queen and Dufferin. And The Carnaby will bring it all together. Here are some of the details. 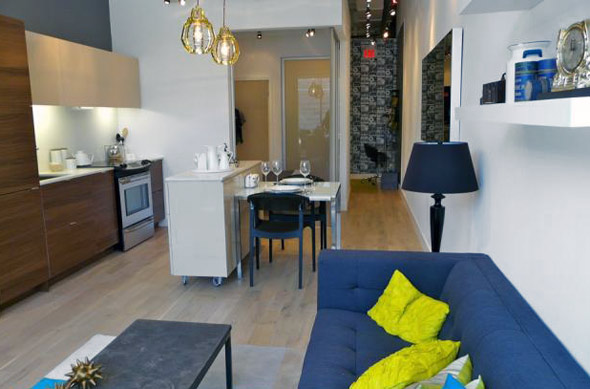 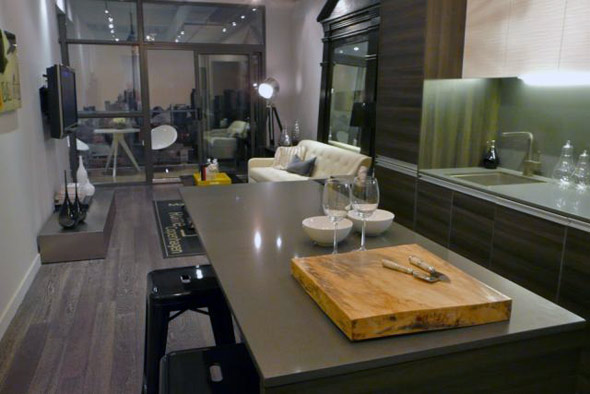 Perhaps I'm stating the obvious, but the location is stellar. The Carnaby will be walking distance from great bars, restaurants, and shopping, as well as a new Metro grocery store that will be occupy 25,000 square feet at the foot of the building. Tact Design architects will be creating a web of laneways (well lit, I hope) connecting The Carnaby to 2 Gladstone and 8 Gladstone, affording pedestrians off-grid areas to explore. (Inspired by London, hence the name.) And Carnaby residents will have easy access to both the Queen Streetcar and Dufferin bus.

In terms of the location from an investment standpoint, I'm not sure I'd call the spot "up-and-coming." With 2 Gladstone sold out, 8 Gladstone on its way, and Bohemian Embassy just down the street, I think it's safe to say that the area has been thoroughly discovered. That said, while you might not be able to get in before the momentum starts, you can certainly ride it as it continues to grow.

I suspect that you'd be hard-pressed to find a one-bedroom for $250k (albeit, one that's under 500- square feet) or a one-plus-den for under $300k at Queen and Dufferin five or ten years from now. Granted, with property trends as they are in Toronto, you can pretty much count on increased value over time wherever you buy in the city, though the return might come more quickly at an already-on-the-up area, versus one still at the beginning stages, such as at Dundas and Carlaw. 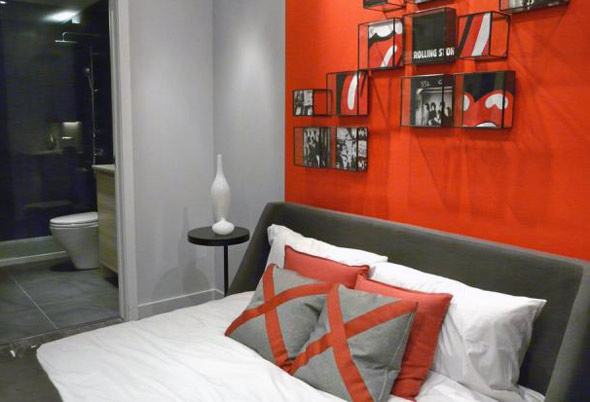 Let's address the elephant in the room shall we? And 'elephant,' oddly, strikes me as the appropriate term for a gray and glass structure that towers over its neighbours. The Carnaby, indeed, seems a bit of a beast at 20 stories, especially when compared with 2 Gladstone and 8 Gladstone, which will stand at a modest eight floors each. But I guess that's less an problem for Carnaby's occupants than its neighbours.

The units in the building seem to suffer the same plague of many new condos in Toronto; namely, boxy designs that feature pseudo-kitchens with minimal counter space and tiny bedrooms with sliding doors. But hooray for the odd hinge and walk-in-closet (large units only)!

But the main qualm I'd have with a Carnaby purchase stems from anecdotal accounts I've heard from previous Streetcar Development purchasers. Now, normally such lore is quickly rebuffed as one-off, but complaints of poor workmanship and service with regards to Streetcar properties have even reached blogTO's own comment section. After reading more than a couple "I would never buy again..." remarks, one starts to take notice. And raise an eyebrow. 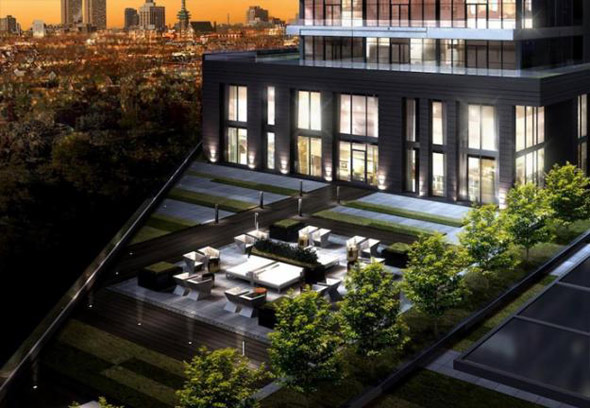 Alas, I'm conflicted. A+ location, no doubt about that. And in my absolutely-non-expert opinion, now seems the time to buy, especially if you're hoping to turn your condo over for a profit sooner rather than later. But personally, I need me some kitchen counter space, some square footage, and some solid peace of mind when it comes to my developer. So if you need me, I'll be reading real estate forums and posts by AngryBuyer283 and WantzMY$Back, and trying to see if the usernames trace back to a single IP address.