Toronto might be ready to dream big about architecture once again. After decades of building generic glass boxes, it's becoming more common to see bold concepts emerge, from a vertical forest to this recent proposal for a mixed use community built atop the Bloor Viaduct.

Living Bridges is the brainchild of Toronto architect Tye Farrow, and far from an exercise in fantasy renderings, he believes the concept could help to revitalize our city's urban design through and integrated development philosophy and the use of cutting edge building materials provided by GRIP Metal. 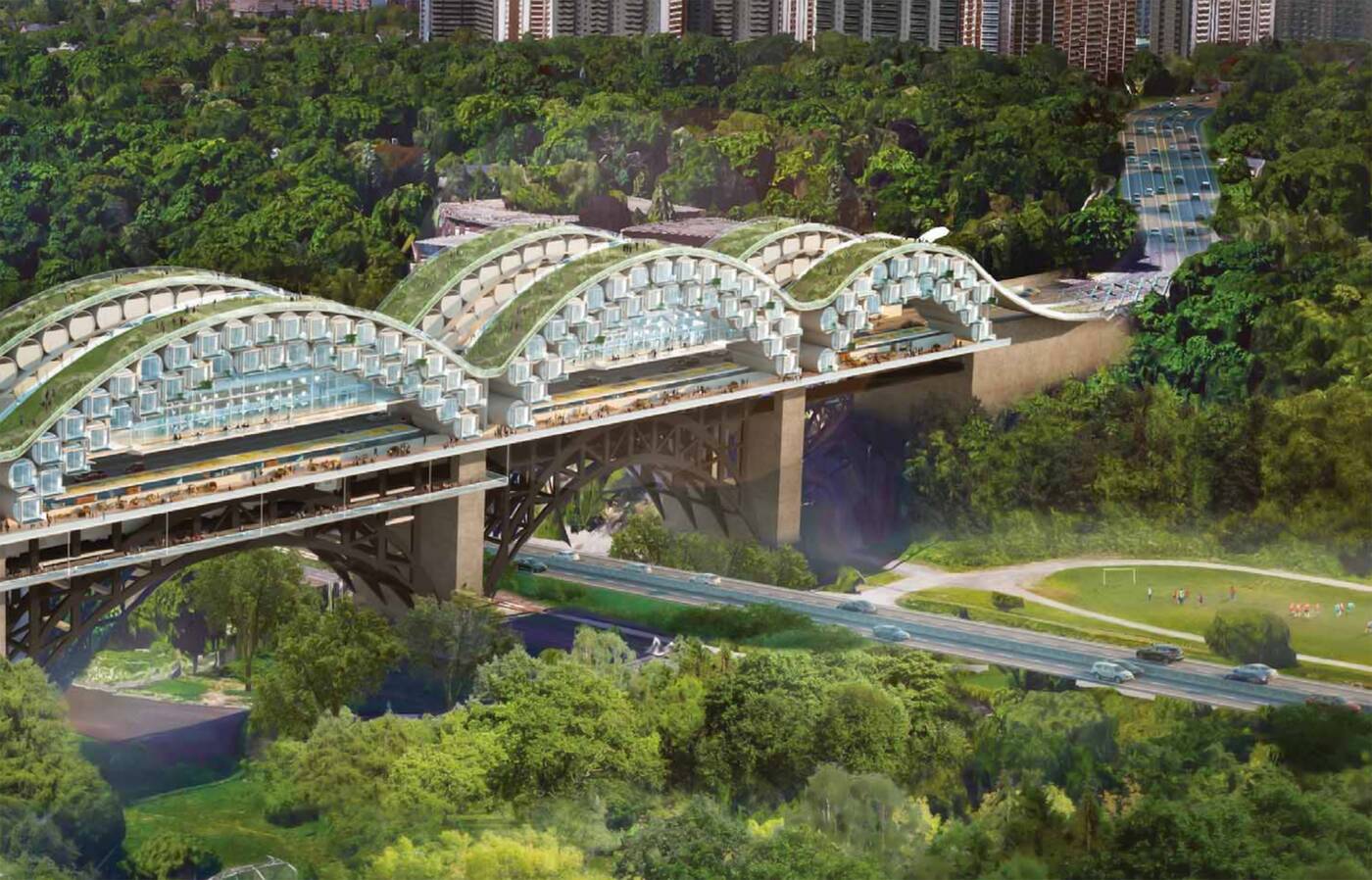 Lightweight building materials are key to the concept of building atop existing infrastructure. Image via Farrow Partners.

"The idea of building multi-use, multi-functional buildings and neighbourhoods has always been a core ingredient to creating highly successful cities," writes Farrow.

"Equally, the idea of building multi-use, multi-functional infrastructure in the core of highly successful cities was invented long before car-centric planning norms dominated our thinking about urban bridges." 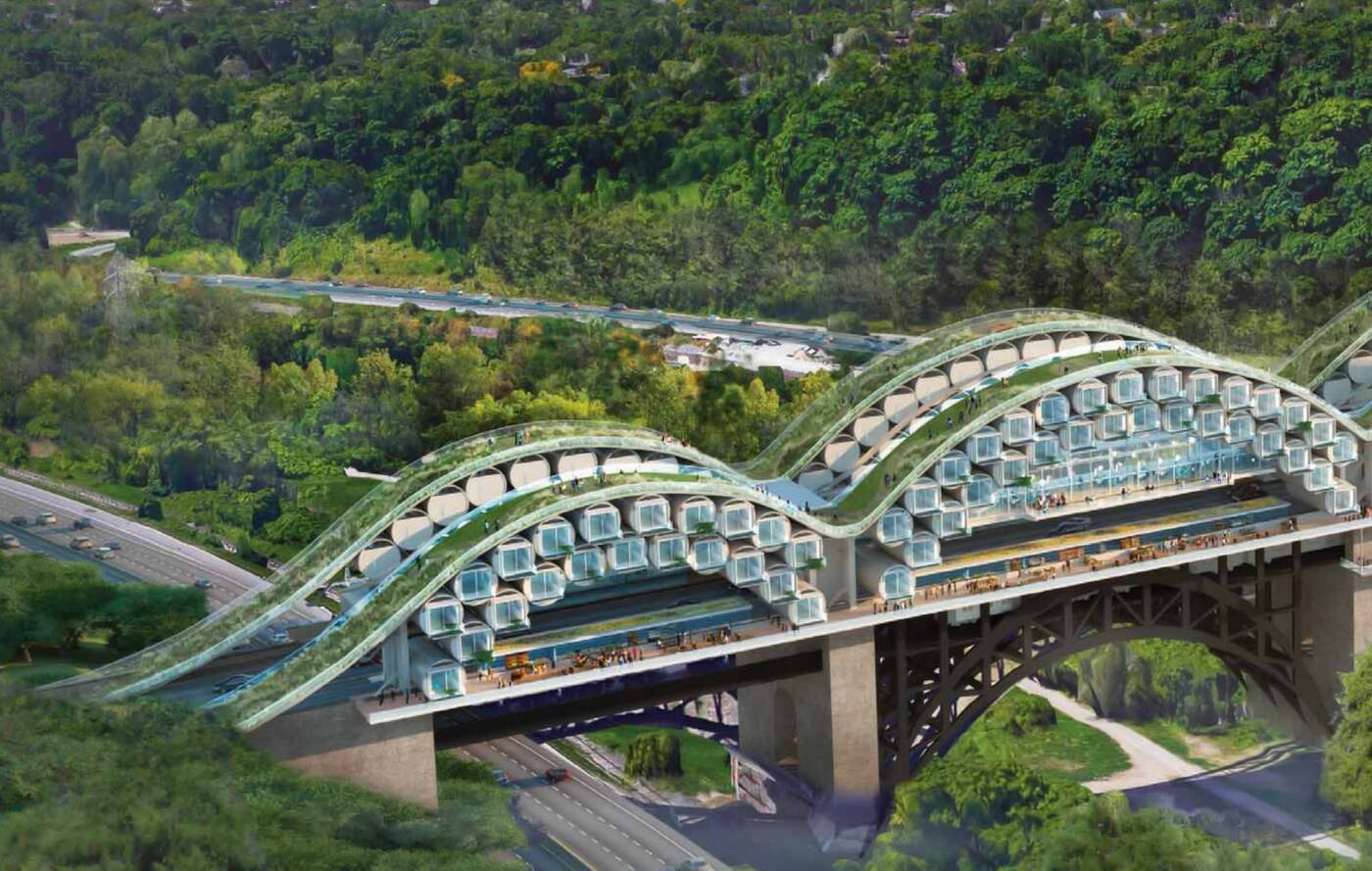 Looking down on Living Bridge. The green space on the top is envisioned as a linear park.

It seems completely over the top because there's very little precedence for such buildings in Toronto, but as the city gets progressively more dense, ideas that seem radical today might seem like novel solutions to very real spatial problems in the future.

As the Globe and Mail notes, if you go far enough back, and you'll find the inspiration for Living Bridges in a place like Florence where the Ponte Vecchio still functions as a mixed use bridge with shops housed above it. Density breeds ingenuity. 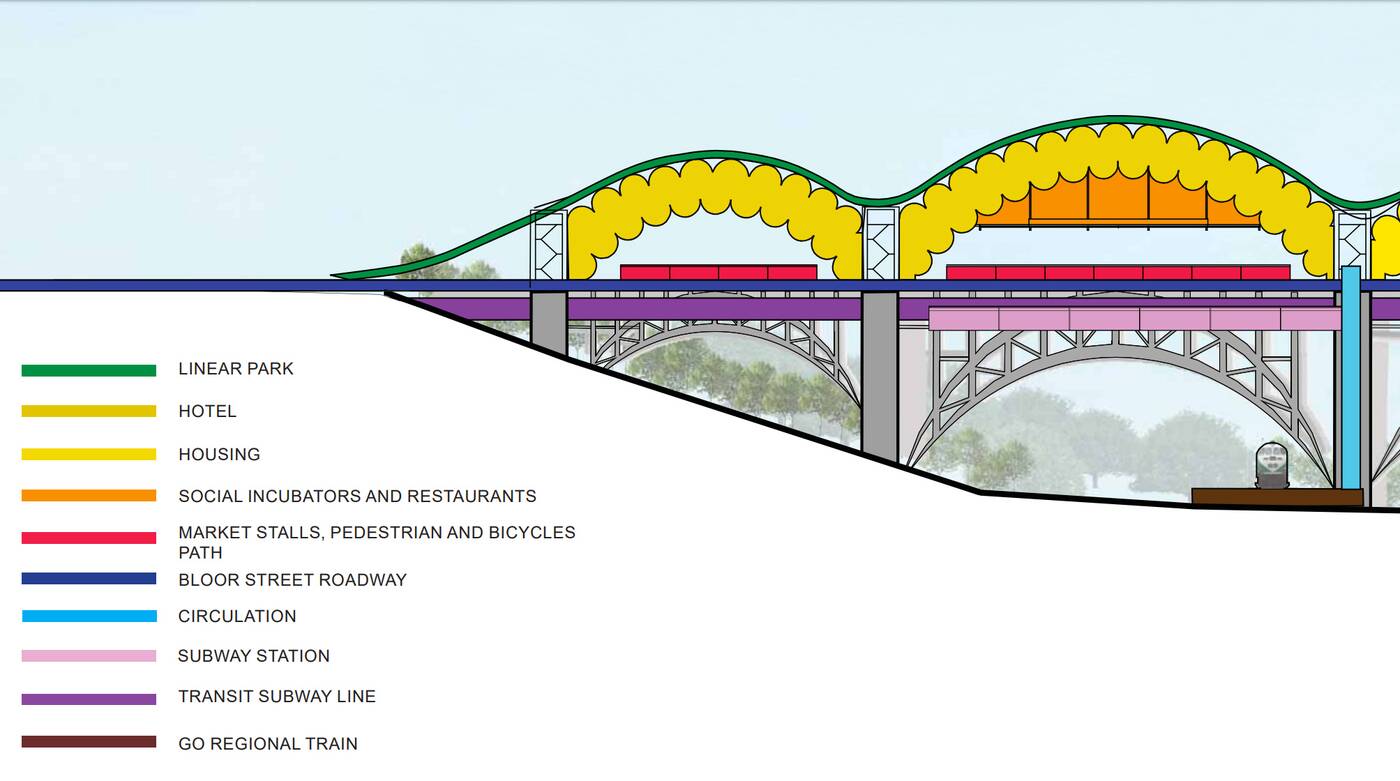 The various levels of integration in the Living Bridges community. Image via Farrow Partners.

Living Bridges isn't just a condo; it's a community in the sky, complete with retail, restaurants, hotel accommodations, and a liner park — all of which surround affordable housing. In theory, low construction costs and small unit sizes keeps the prices down.

While there's certainly a pod-like element to the design and the interior spaces are relatively small, there would certainly be a ton of cachet to living in one. Can you imagine the view? 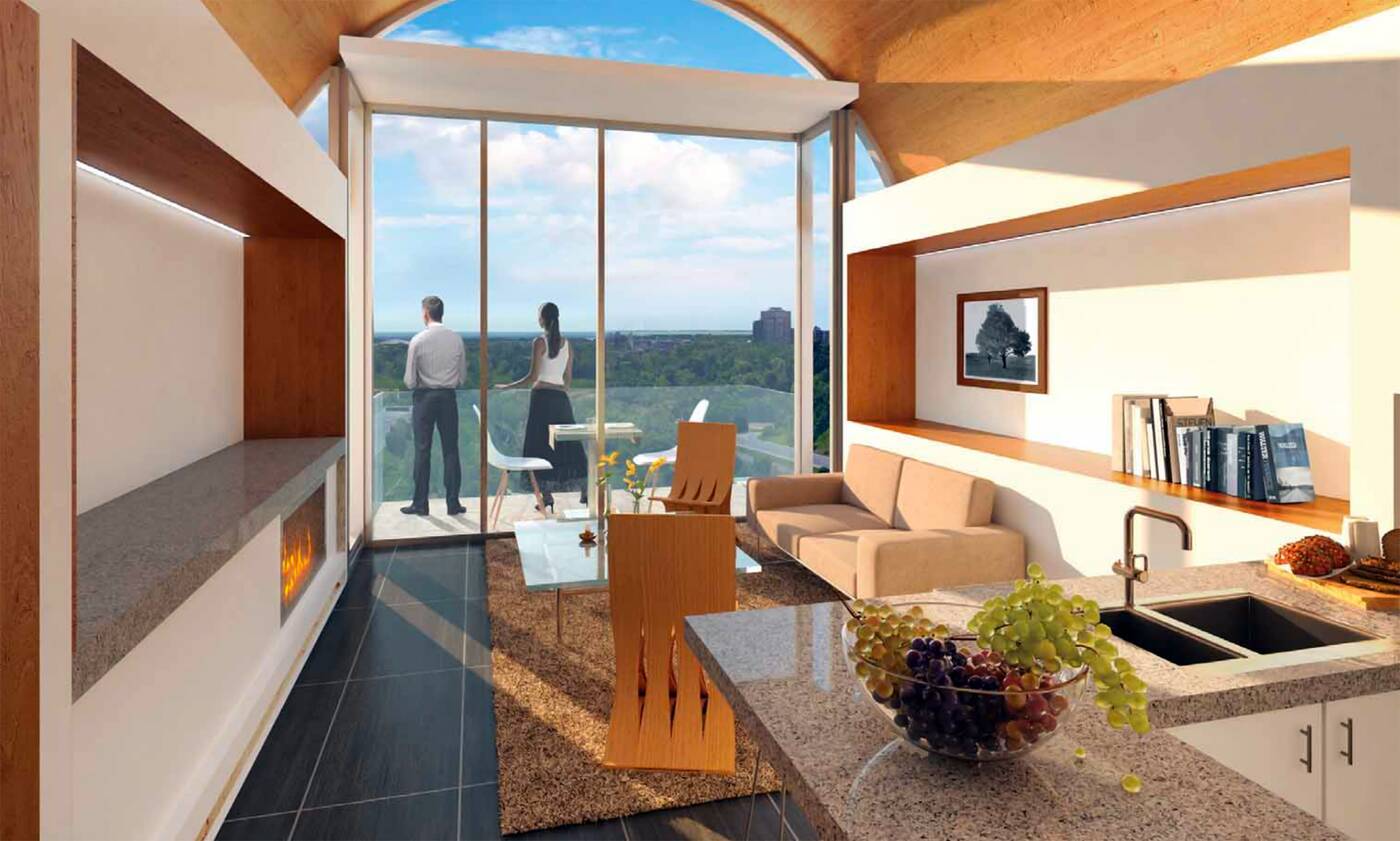 Interior rendering of a unit in Living Bridges. Image via Farrow Partners.

Let's not hold our breathe for the arrival of Living Bridges in the real world anytime soon, but dreaming big helps us to redefine the architecture that we want in our cities, and there's lots to get excited about here.