A longstanding question for observers of Toronto's urban landscape has been how long Parkdale can remain a condo-free zone. With the profound amount of development taking place on the eastern side of the Queen Street Subway and the steady increase of popular restaurants and bars, it seems inevitable that condos will infiltrate the neighbourhood.

Concerns about gentrification have been circling for over a decade, and the Parkdale has steadily become an entertainment destination despite considerable efforts by local councillor Gord Perks to maintain a balance between the rise of new businesses and the established vibe of the neighbourhood.

In some sense, new condos (rather than loft conversions) have already breached the dividing line between West Queen West and Parkdale when Q Loft was build at the northwest corner of Queen and Dufferin in 2014, but the real question is when this trend will move further west. 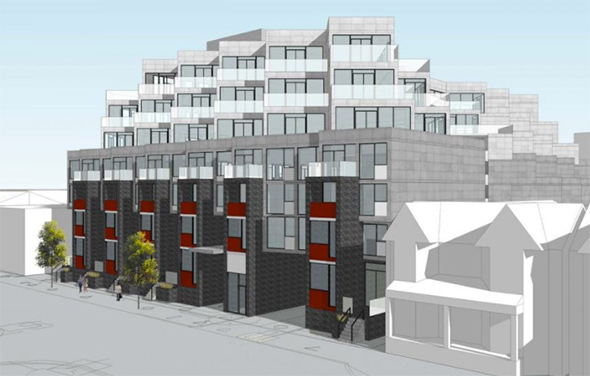 Tentatively speaking, the answer is now. Block Developments has proposed a seven storey development at 57 Brock Avenue on the site currently occupied by the Beer Store. Residents weren't happy with the project at the pre-application meeting in the spring, but the project is proceeding through the various stages of planning.

There's no guarantee that it'll be approved by the city, but even if the project goes to an OMB appeal, there's a good chance that it will eventually be built. It will be a big deal if it does.

In and of itself, this development wouldn't be a neighbourhood-changing moment. The scale of the project is kept in check and the townhouse element is a decent match with the surrounding buildings. 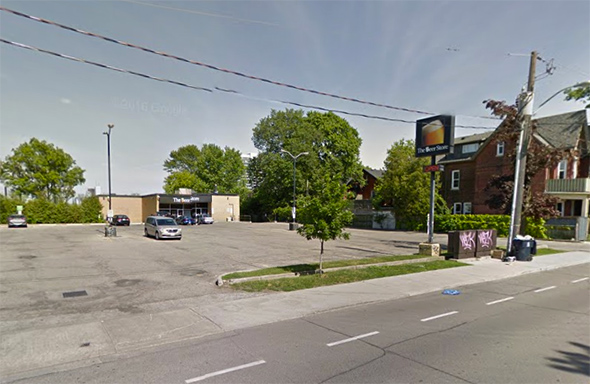 The bigger question is whether or not a mid-rise condo here would kick of development across along the street. Question marks surround the abandoned LCBO at 11 Brock Avenue right now. That's a sizeable plot of land very close to Queen St. that would be highly desirable for a developer.

Gord Perks has stated an interest with the province for affordable housing at the site, but for now it sits in limbo.

There's a delicate balance in a neighbourhood like Parkdale, and the decisions made about developments along Brock could have enormous bearing on the rest of the neighbourhood over the next decade.