All but one of the low-rise 19th century buildings on the corner of Shuter and Mutual streets will soon be torn down to make way for a new condo.

The single remaining building at 79 Shuter, built in 1879, is the only low-rise of three that meets Toronto's criteria for a heritage-designated building.

Though it's actually the newest building of the bunch, it will be the only one semi-preserved in the construction of the incoming Garden District Condos, a proposed 32-storey development by Hyde Park Homes and The Sher Corporation.

Designed by architectsAlliance, the glassy condo will transform the skeleton of 79 Shuter — which sits directly at the intersection's corner — into the building's residential lobby, incorporating its facade as part of the three-storey tower podium. 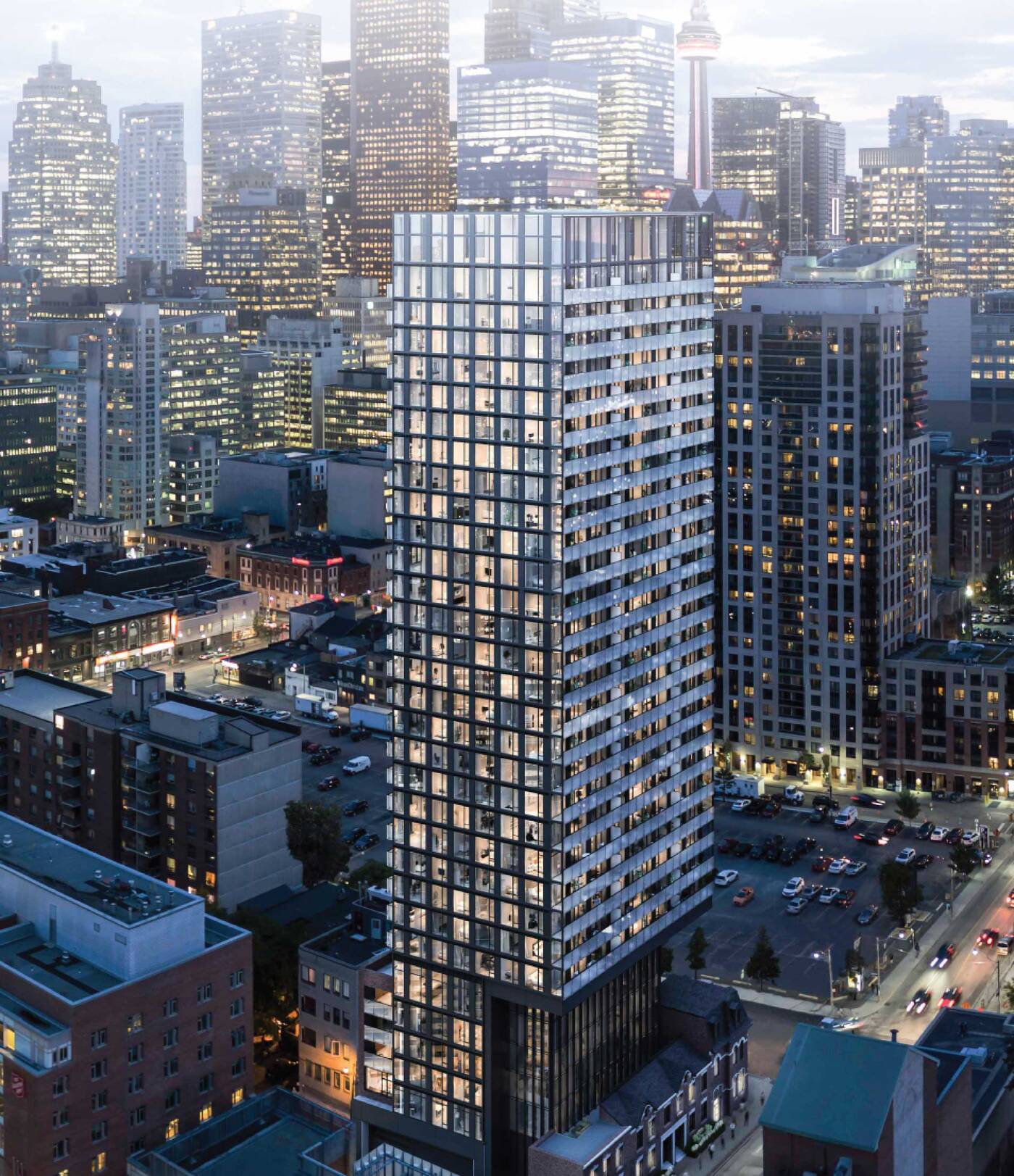 Along with five tw0-storey townhomes with private entrances, Garden District Condos will stretch from 79 to 85 Shuter Street and will feature 251 suites.

They will predominantly be one-bedrooms, with one quarter being two-bedrooms and ten percent being three-bedrooms.

The older low-rises at 81-83 Shuter and 85 Shuter Street — built as long ago as 1864 — were originally intended to be listed on Toronto's Heritage Register by City Council in 2017.

But according a Toronto Heritage Impact Statement by architectural firm GBCA, excessive restorations using modern materials in the past have "reduced the historical integrity" of the buildings, making them unfit for historic property designations.