This is how Drake and his fans are celebrating his birthday

In case you aren't a Drake fan and somehow don't follow any on social media, Monday marked the icon's 36th birthday, and it seems thousands the world over have been quick to wish him well with the enthusiasm of people who truly believe he may see it.

The 6ix god was partying in Miami last night for his big day, with clips circulating online showing his crew singing him Happy Birthday and raising a glass to him as he stood in front of an elaborate moving roulette-themed cake, shot in hand.

It looked like he had a busy and booze-filled night, fresh off of a show with 21 Savage in Atlanta last week and an epic Freaknik-themed bash for Savage's own birthday over the weekend, which had Lizzo, Latto and other stars in attendance.

Meanwhile, fans are saying online that they also plan to party tonight in Drizzy's honour (one even said they're quitting smoking for the occassion?), and joking that his bday is, or should be, a statutory holiday in Canada.

Drake turning up at his 36th birthday party 🎉 pic.twitter.com/AfWQi4cKrE

Some have also been spending their October 24 lining up at their nearest Dave's Hot Chicken location to nab some free sliders and tenders as part of a birthday campaign from the restaurant and the rapper.

Only came to Dave’s hot chicken to celebrate Drake’s birthday.

Though he hasn't posted much on his IG stories today, Drake did share a special gift he received — a very badass signed pair of cowboy boots from Cole Hauser, who plays Rip Wheeler in the western drama "Yellowstone." 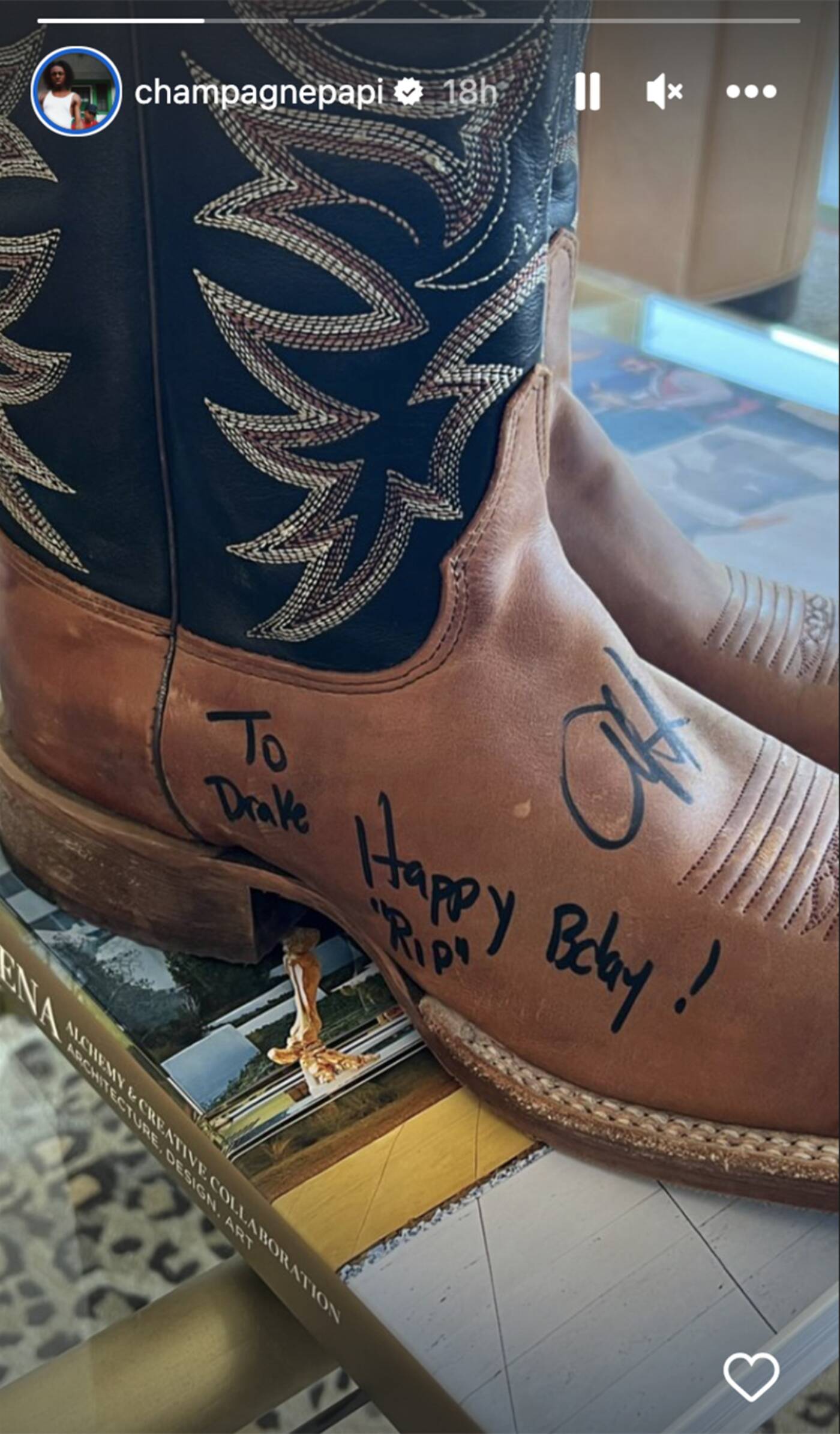 Aubrey was also spotted out and about repping some "Yellowstone" merch in the form of a Dutton Ranch-branded Carhartt coat (or is it a vest?), leading some to call for a cameo on the show.

Many appeared unaware that he's a fan of the show and are now wondering if he will have a "Yellowstone" party at some point, as the man knows how to throw a get-together and seems to love a theme.

Ya I definitely didn’t take drizzy for a yellowstone kinda guy but it is a hell of a show!

Amid all of the "happy birthdays" flooding socials today, there is also all of the excited chatter about Drake and 21 Savage's new music video for the Honestly, Nevermind single "Jimmy Cooks,"  just released on the weekend — and, of course, the revelation in said vid that they have a joint album titled Her Loss dropping in just a few days on the 28th.