Just when it looked like Drake couldn't possibly be any more iced out, a life-sized version of the artist made from literal ice has emerged.

In honour of the Toronto-born musician and mogul's 33rd birthday, Complex Canada commissioned a massive Drake ice sculpture at the popular OD Toronto sneaker and consignment store in Queen West on Thursday.

Scorpio season has never been so frosty, and Drake has (almost) never looked so creepy. 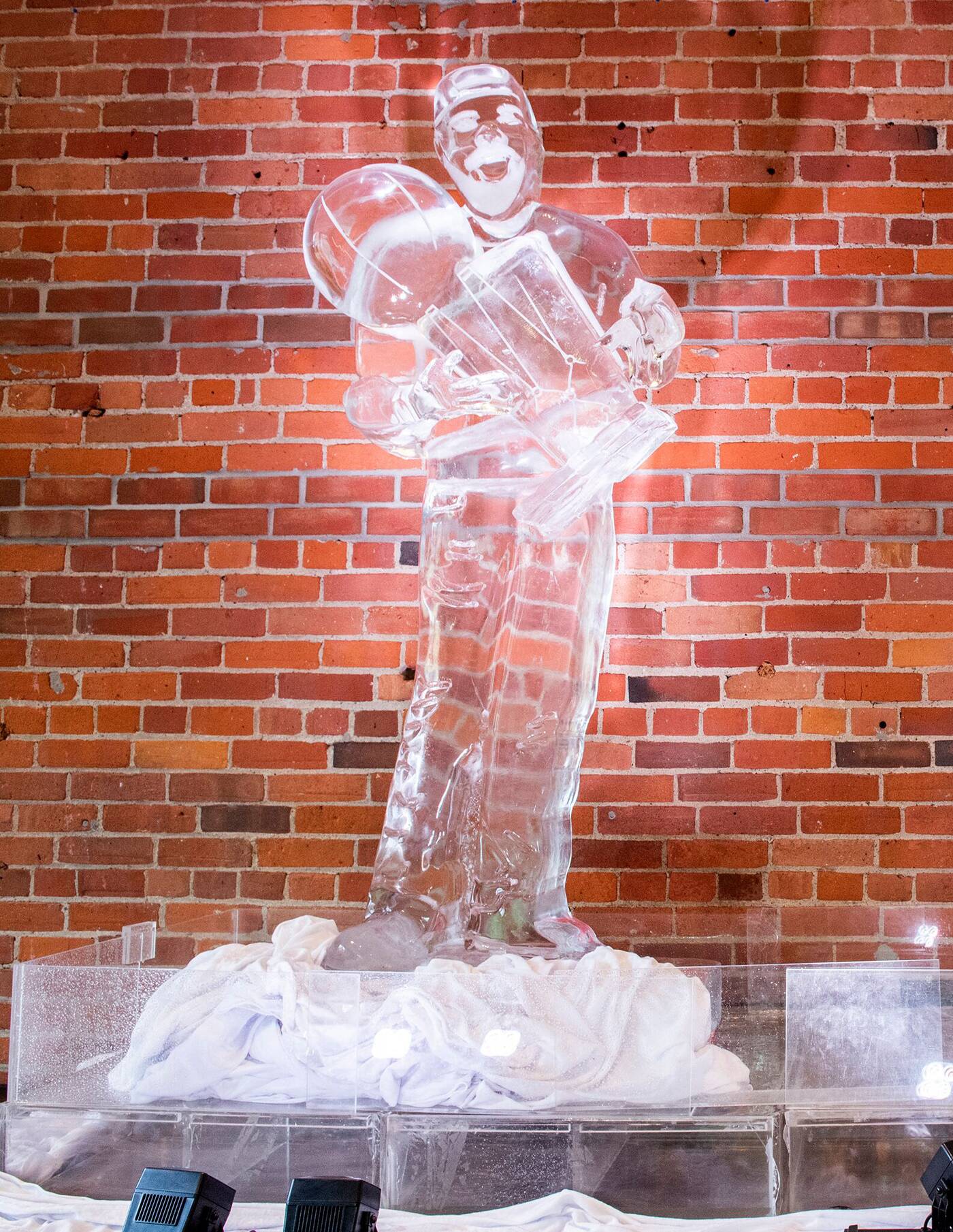 OD Toronto and Complex celebrated the birth of Toronto's very own international superstar with an ice sculpture on Thursday. Photo by Hector Vasquez.

The sculpture, carved by Toronto's own Ice Guys, was designed to show Drizzy holding the Larry O'Brien trophy in celebration of the Toronto Raptors' first ever NBA championship.

It is far from the first Raptors-themed piece of art to be displayed by ODTO.

The store also made headlines during Toronto's now-legendary 2019 NBA Playoffs run for its stunning indoor and outdoor Raptors murals.

The life-sized Drake ice sculpture was unveiled by Complex on Thursday at 11 a.m. and was on display until OD closed at 7 p.m.

If You're Reading This It's Too Late, I've Melted https://t.co/D93MKIKvRX

It is unlikely that the piece survived long after that, but there will always be the photos — and for some people, nightmares.

"Either this is a baseball player, a hidden leaf joinin', or a random white guy named Kyle. Either way, this ain't Drake," joked one person of the sculpture on Twitter.

"This ain't no Drake lol," wrote another. "This some red neck Santa."