It's Game Day, and Toronto just woke up to a pleasant surprise: yet another massive mural dedicated to Kawhi Leonard, but this time with more of the Raptors, and a cameo from Drake.

With the first game of the Finals just a few hours away, OD Toronto has switched up their building's facade yet again.

Stripping down their previous Kawhi vinyl mural yesterday in the dead of night, the luxury consignment store has a new 30-foot-tall tribute for fans to rally around.

While OD's last two walls were purely Kawhi joints, this one has us totally hyped up for Game 1 against the Warriors tonight, with some of the Raps' starting lineup including Marc Gasol, Kyle Lowry, Pascal Siakam, and Danny Green on the wall.

Coach Nick Nurse and Drake's massaging hands made it in there too. 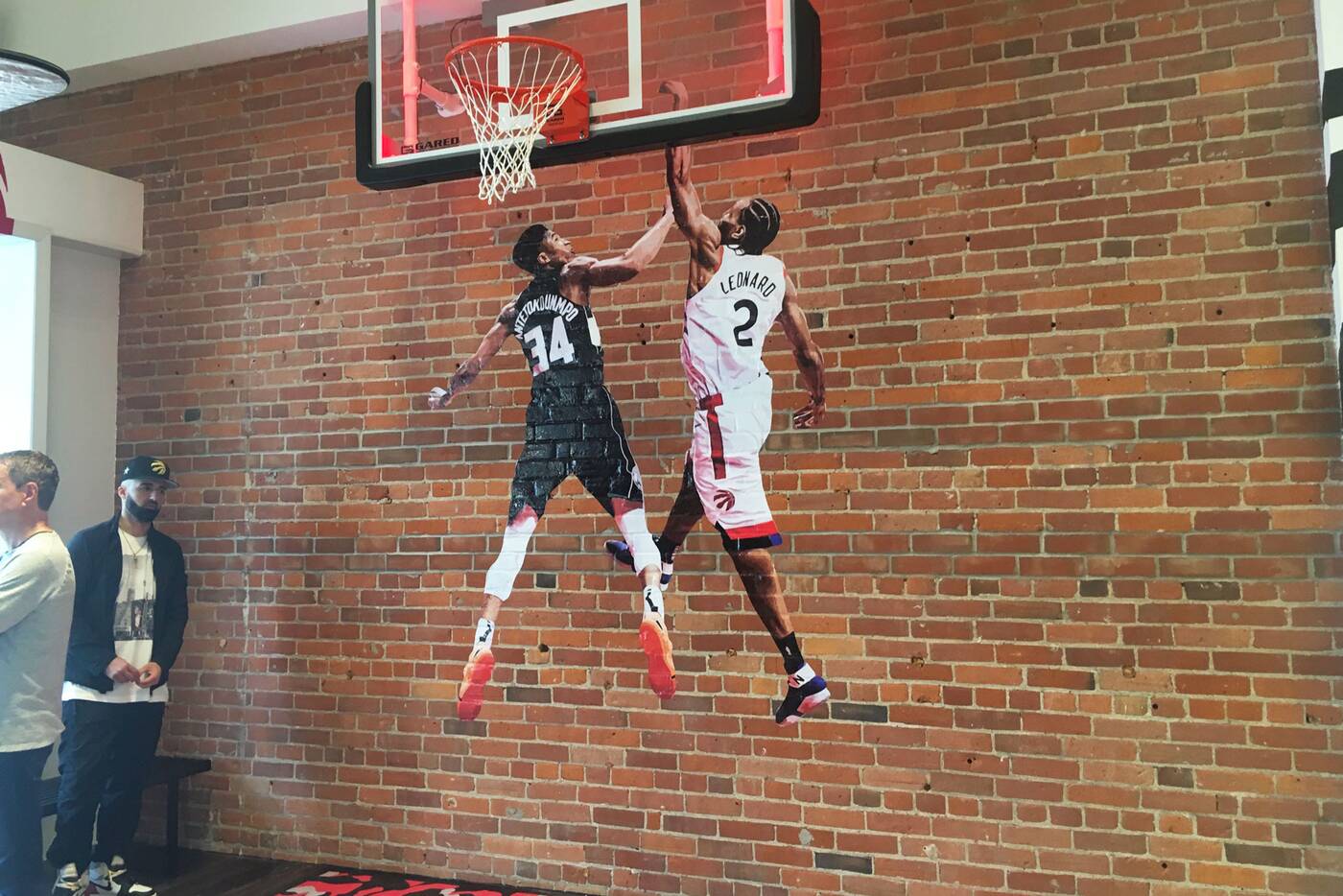 Not only that, but the store's interior mural of Kawhi's buzzer beater (the one Snoop Dogg took a picture in front of) has been replaced too.

Instead of a full wall, there's now a floating tableau of Kawhi Leonard's epic dunk on the Bucks' Giannis Antetokounmpo in Game 6 of the Eastern Conference Finals.

Drop by the store today before hitting up one of Toronto's bars to watch the Finals if you want to catch a glimpse of the ever-rotating murals. Go Raps Go.