OD Toronto is a consignment store selling and displaying some of the city's rarest streetwear collectibles and sneakers from brands like Nike, Supreme, OVO, and Bape.

Possibly the most over-the-top home-grown store to ever hit Toronto, OD is parts tourist pitstop, art gallery, and collectors mecca. 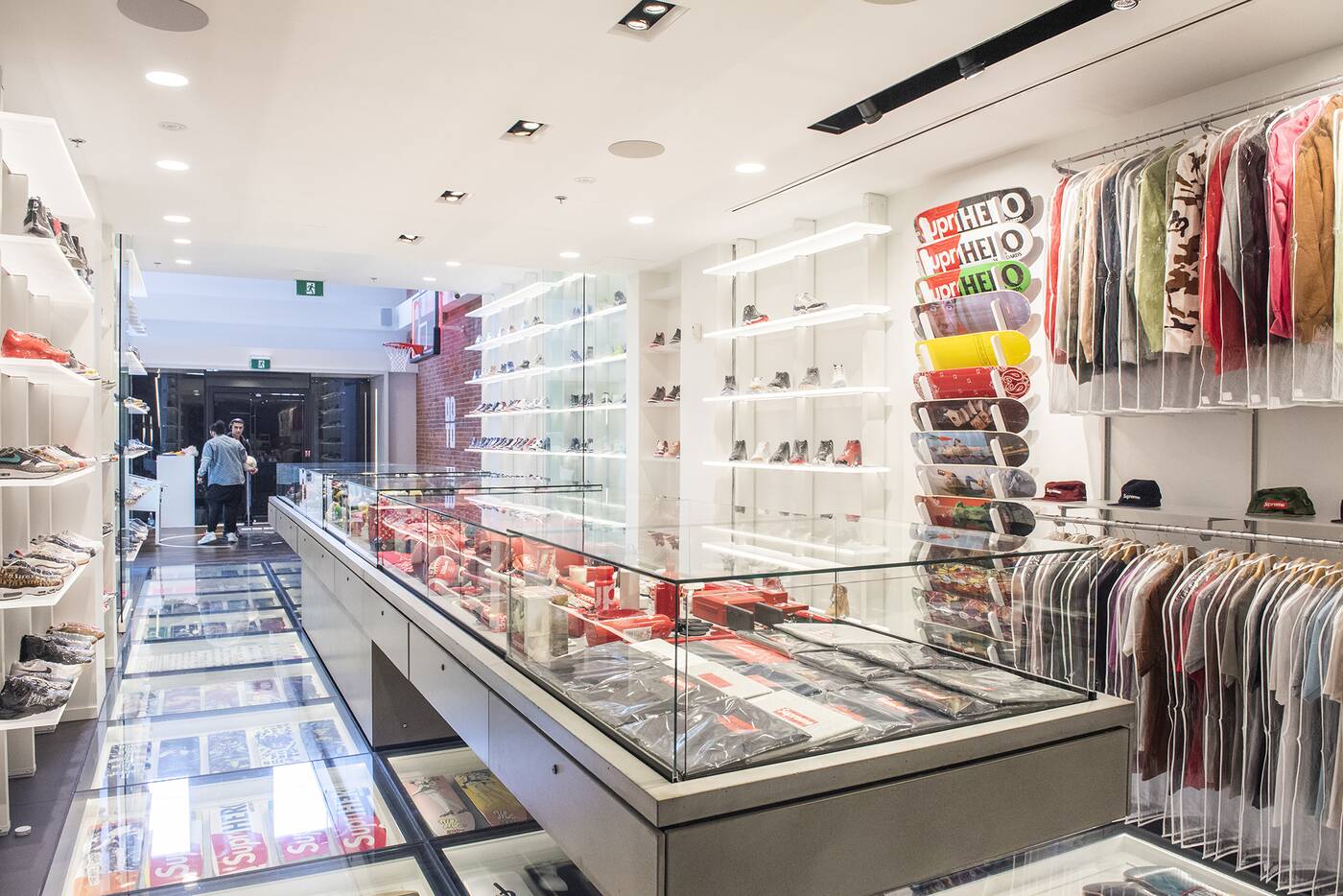 The glassy showroom is designed to impress, transforming what used to be an Indian restaurant serving weekend lunch buffets into a well-moneyed hypebeast's paradise filled with Supreme's ubiquitous red and white logo. 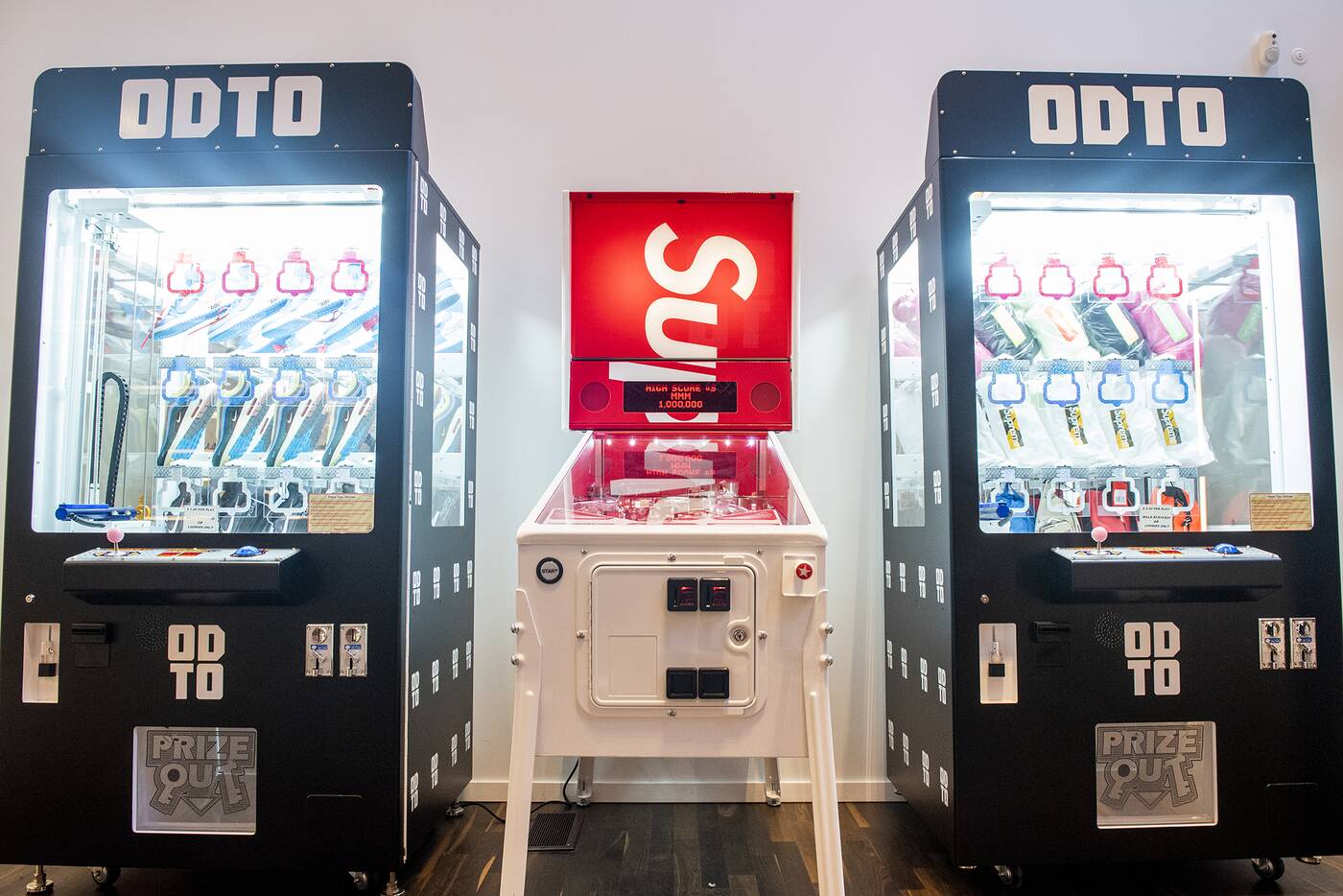 Near the front of the store, the standard equipment of all sneaker consignment stores: a Supreme pinball machine and a Key Master game, taunting players with Supreme hoodies worth over $1,000 for just $5 if you win (don't worry: you won't). 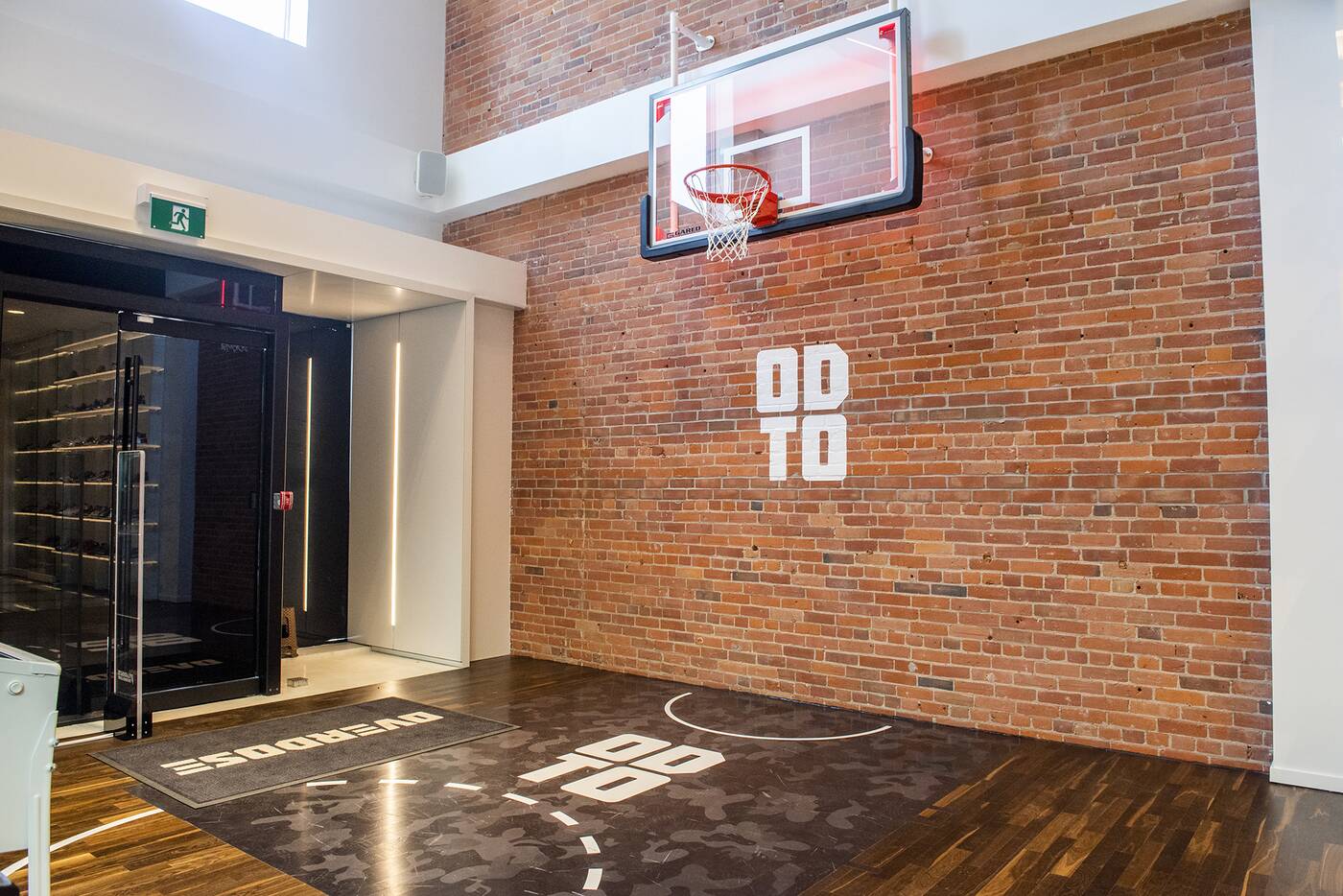 Sort of like a museum dedicated to the zeitgeist of pop culture, a notable portion of OD's stock isn't actually for sale. 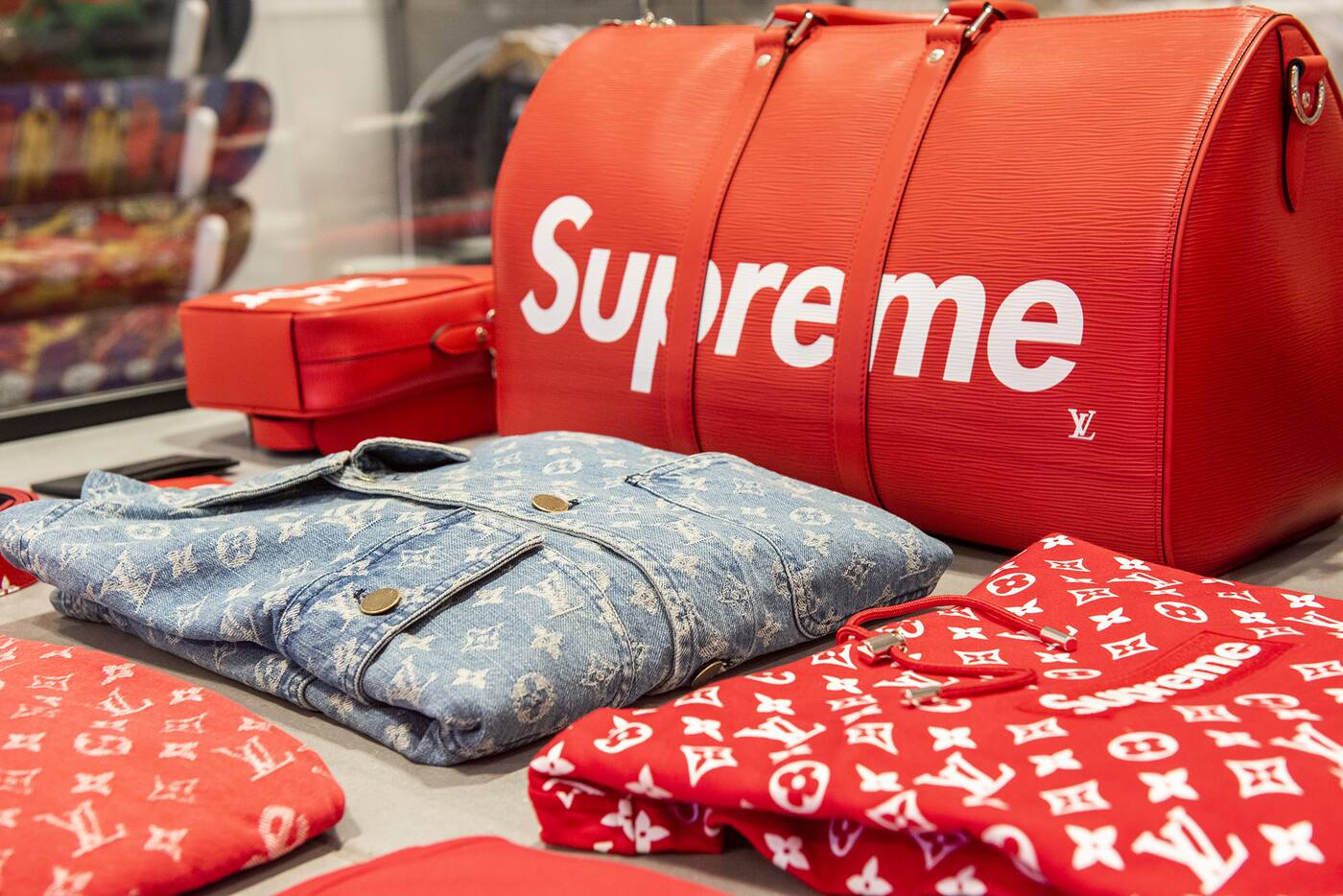 There's an element of cultural preservation here that (though entirely based in consumerism) is a lot more interesting to the average visitor than other streewear consignment stores focused solely on sales. 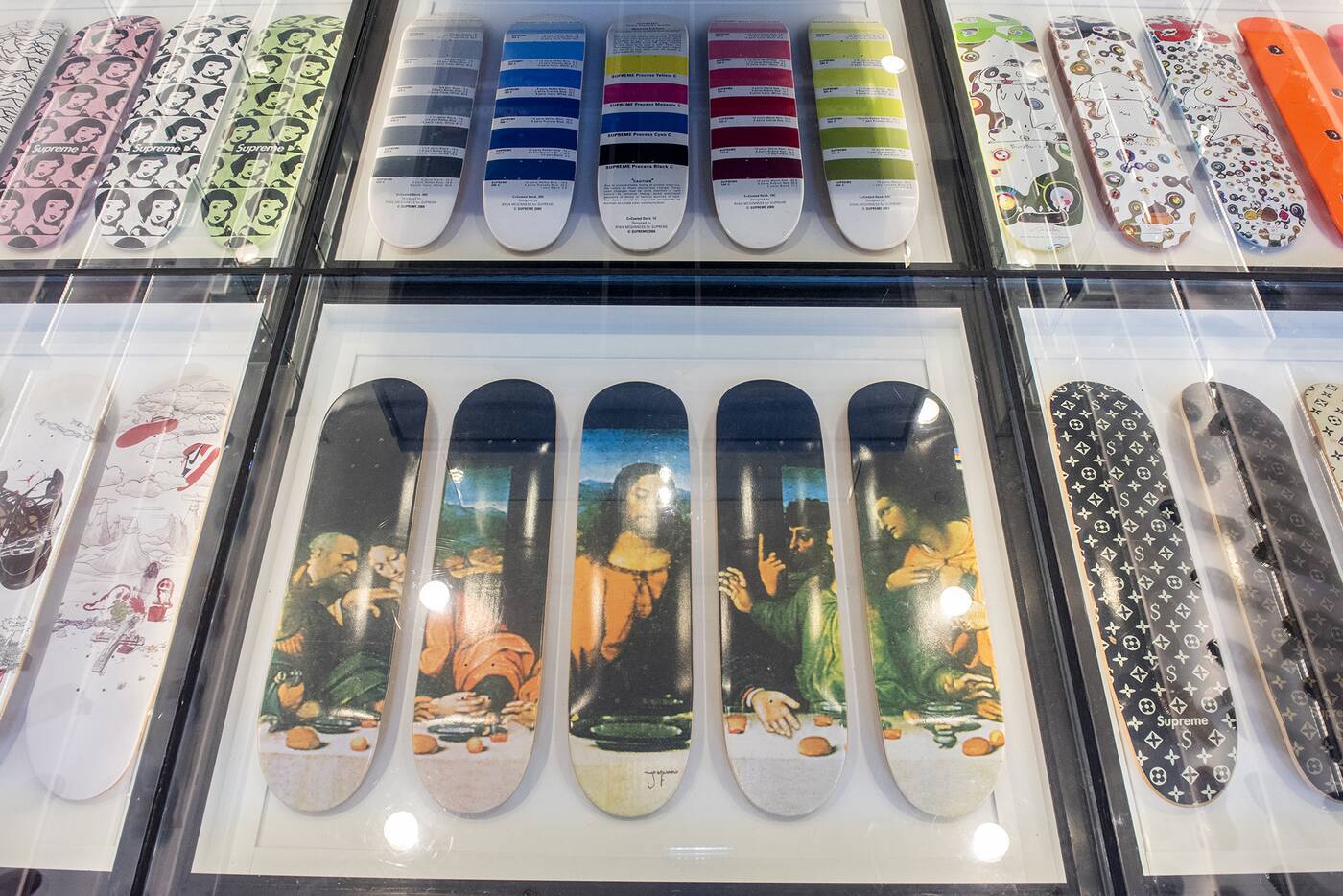 OD's museum-like collection of rarities includes the slew of Supreme skateboards preserved in the floor (the shop owns a majority of the brand's ever-growing collection of decks, not all of which are displayed on the floor). 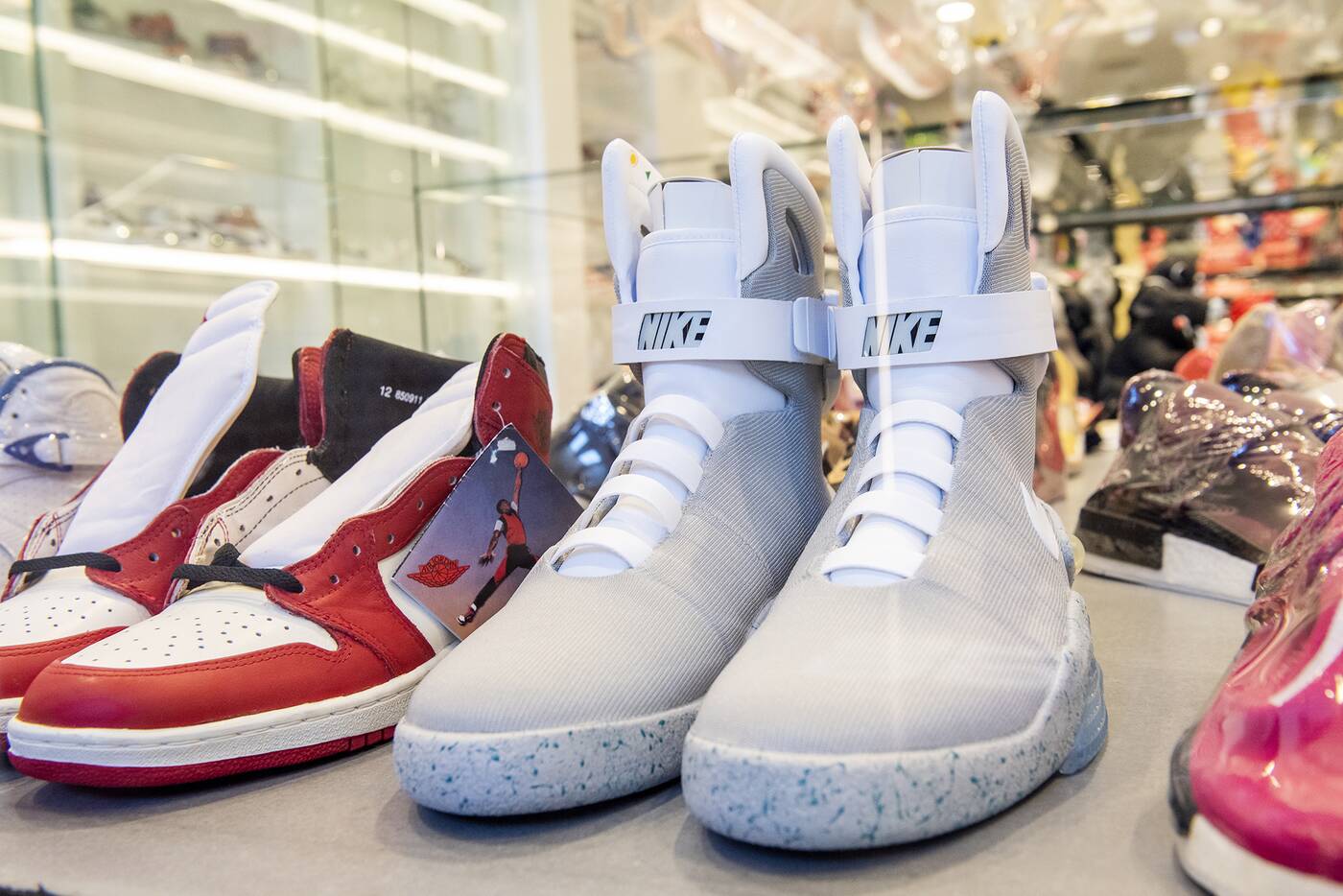 Look at (but don't touch) the items in the case running through the centre of the store, where items of streetwear lore are kept, like two pairs of OVO Kentuckys or Nike's limited edition self-lacing Back To The Future sneakers, valued at around $70,000. 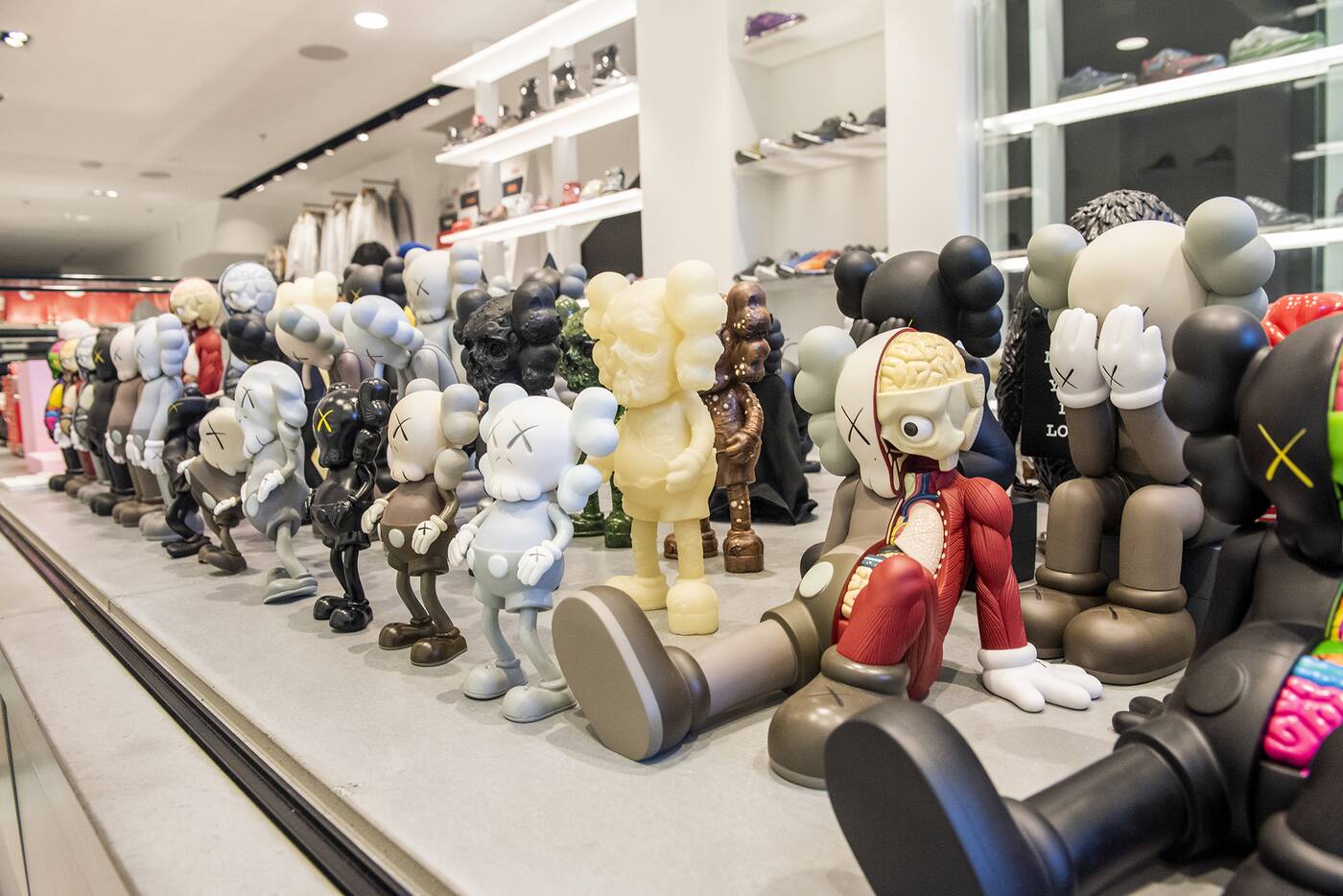 You'll also find an impressive number of KAWS toys, and Supreme's first collab with Nike, released a year after the streetwear brand put out a sample t-shirt that said "Fuck Nike" in 2001. 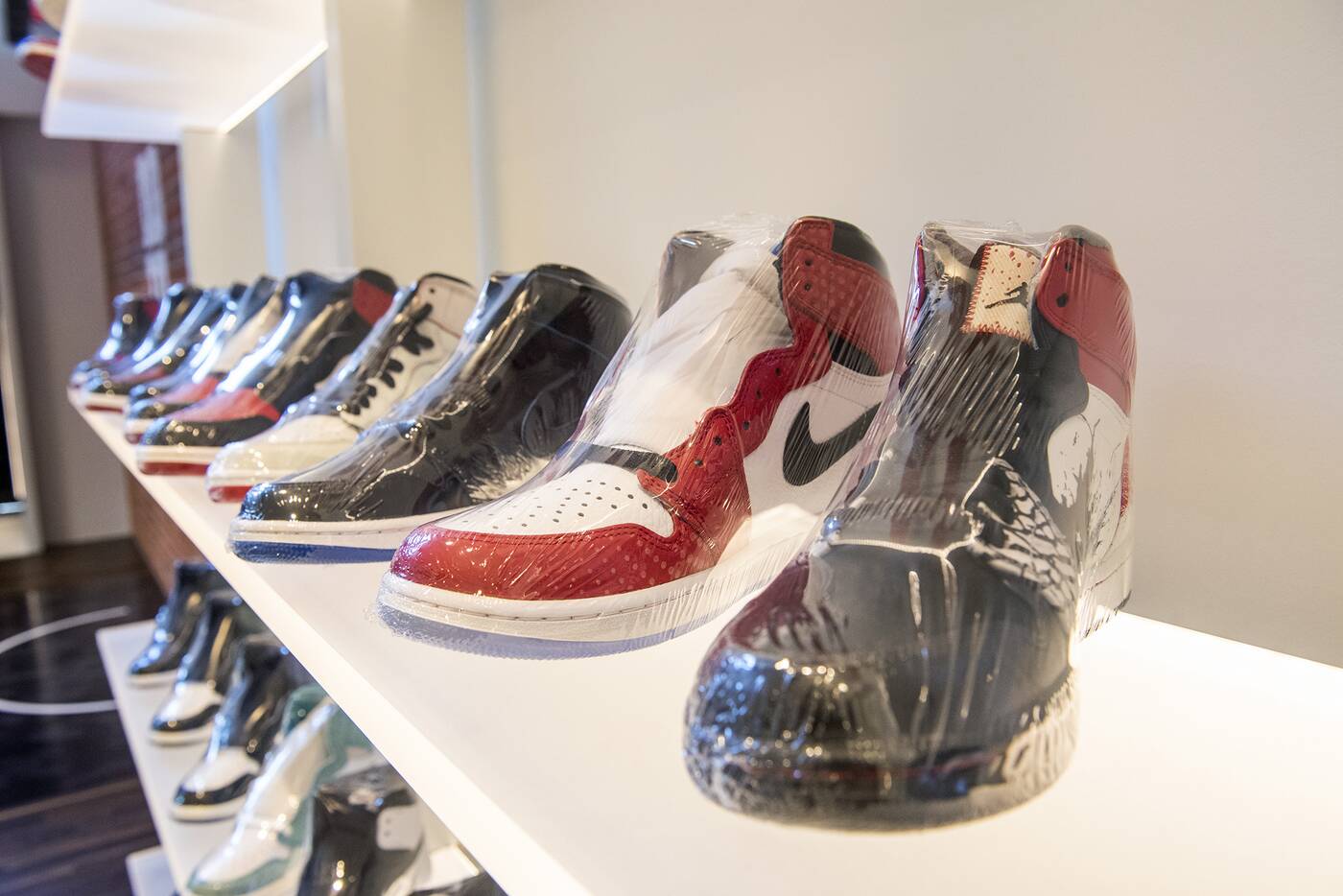 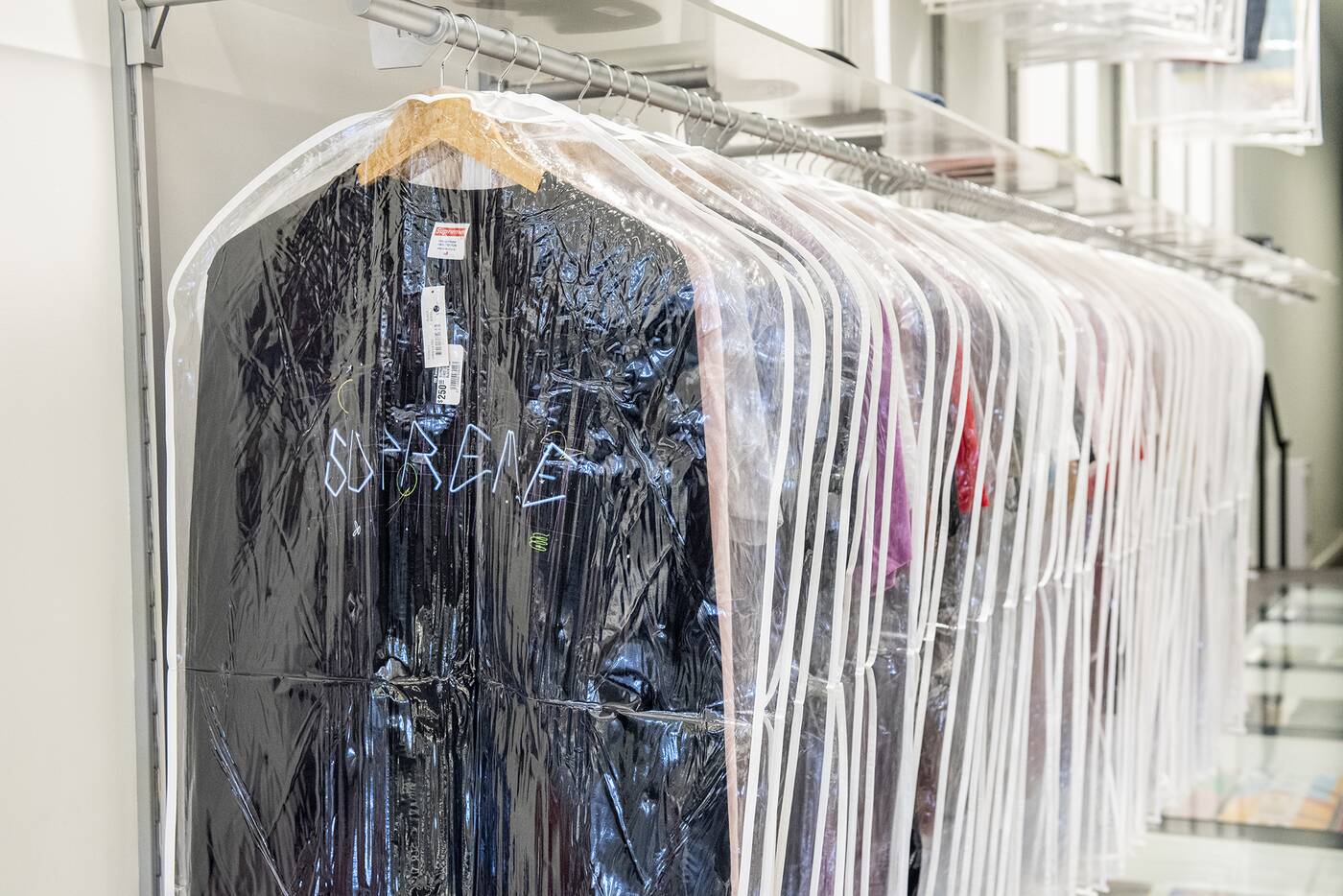 Aside from the brand's own line of understated hoodies, which run for around $100 a pop, the most affordable items in the store are probably the rack of t-shirts from  mix of brands like Supreme, Noah, Bape, and Awake, ranging from $100 to $250.

Jackets in the back include the Supreme x Undercover Coaches Jacket ($1,250). 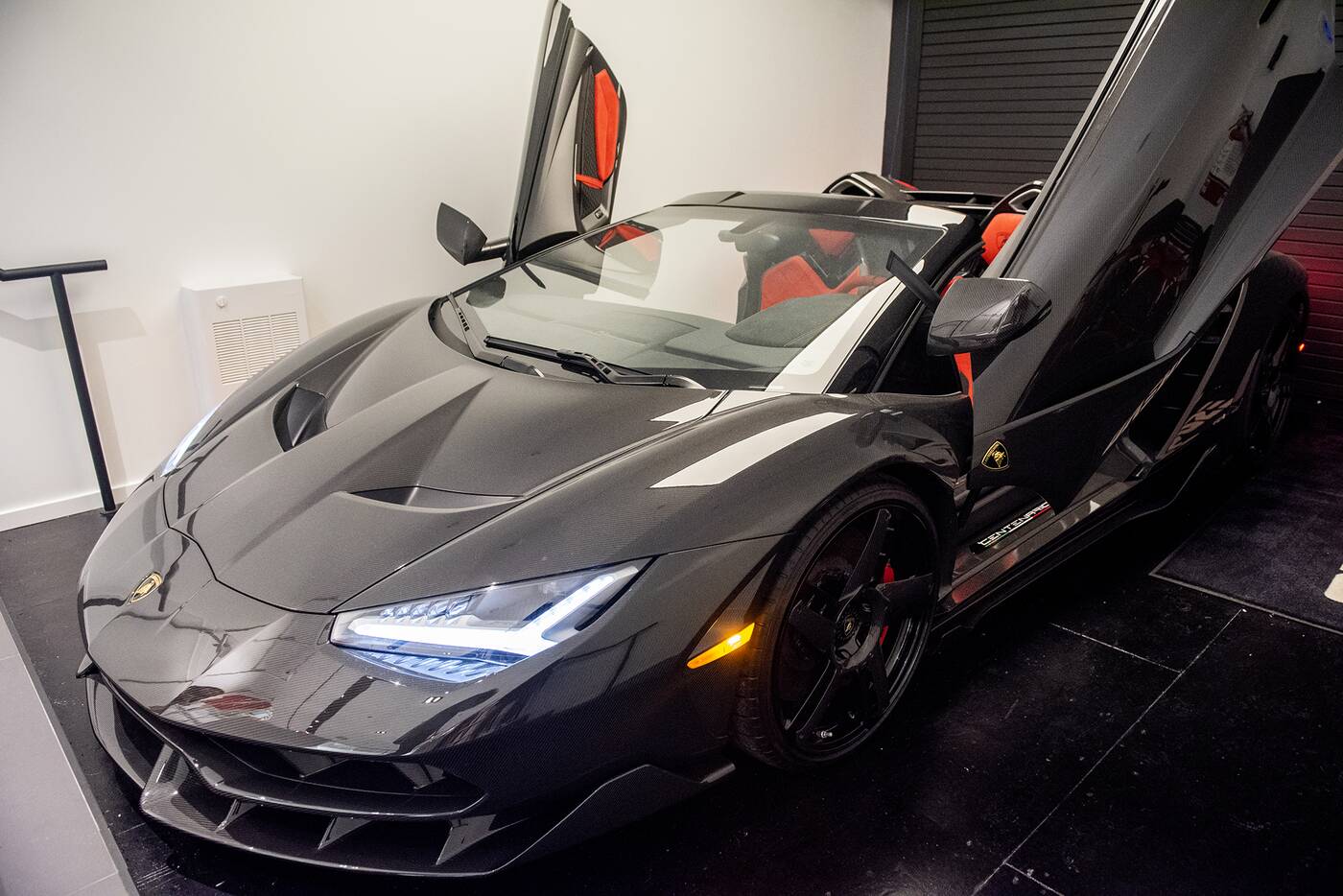 If you're into high-end streetwear, you must also love luxury cars, hence the Lambhourgini Centenario Roadster at the back of the store — the only model in Canada. 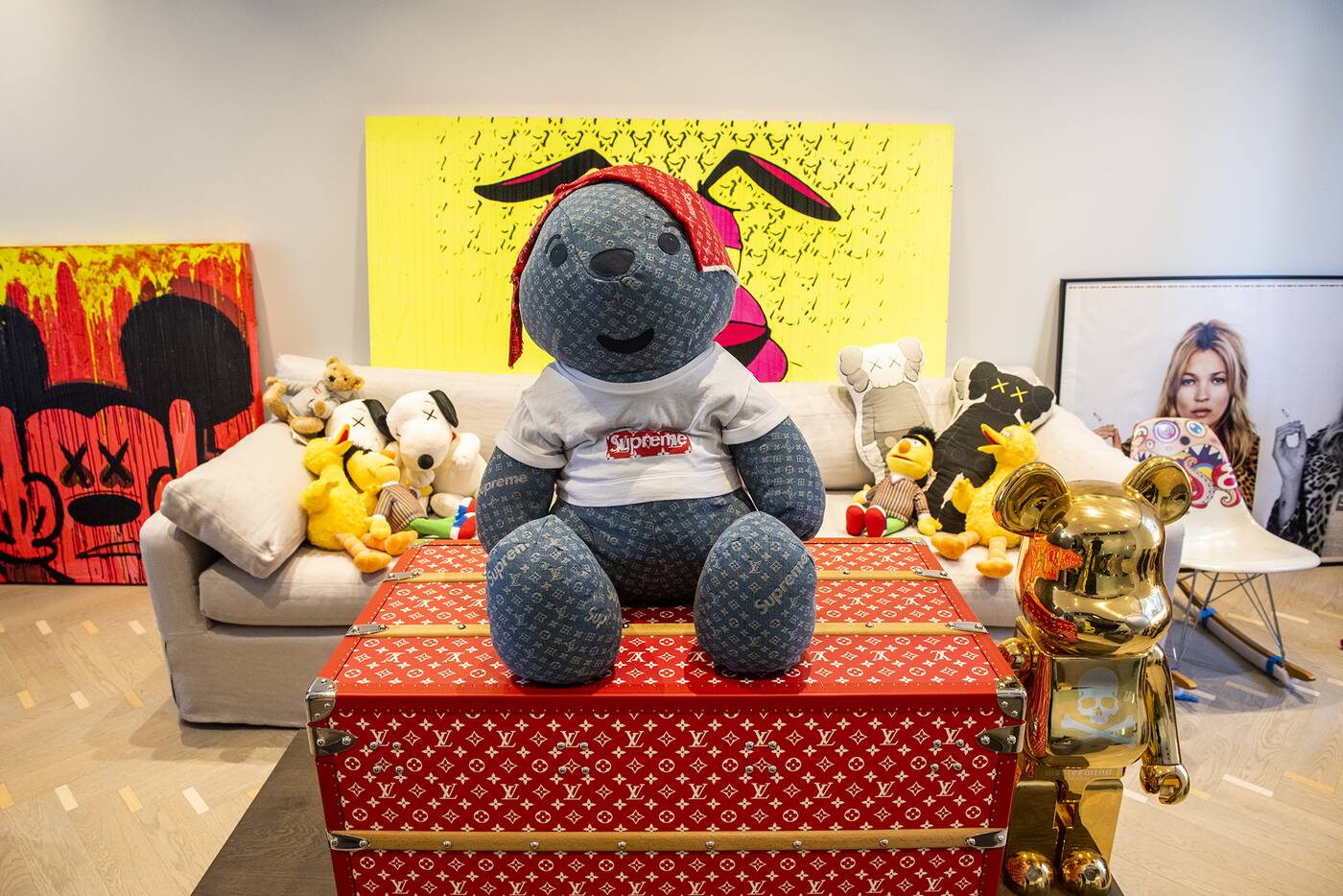 Upstairs is the exclusive lounge area, where Shahin Shamshiri and OD co-owner, who goes by Tetra, host friends of the shop. What better way to hang out than with a direct view of a $130,000 stuffed Pudsey Bear, which Dior designer Kim Jones initially made for his dog. 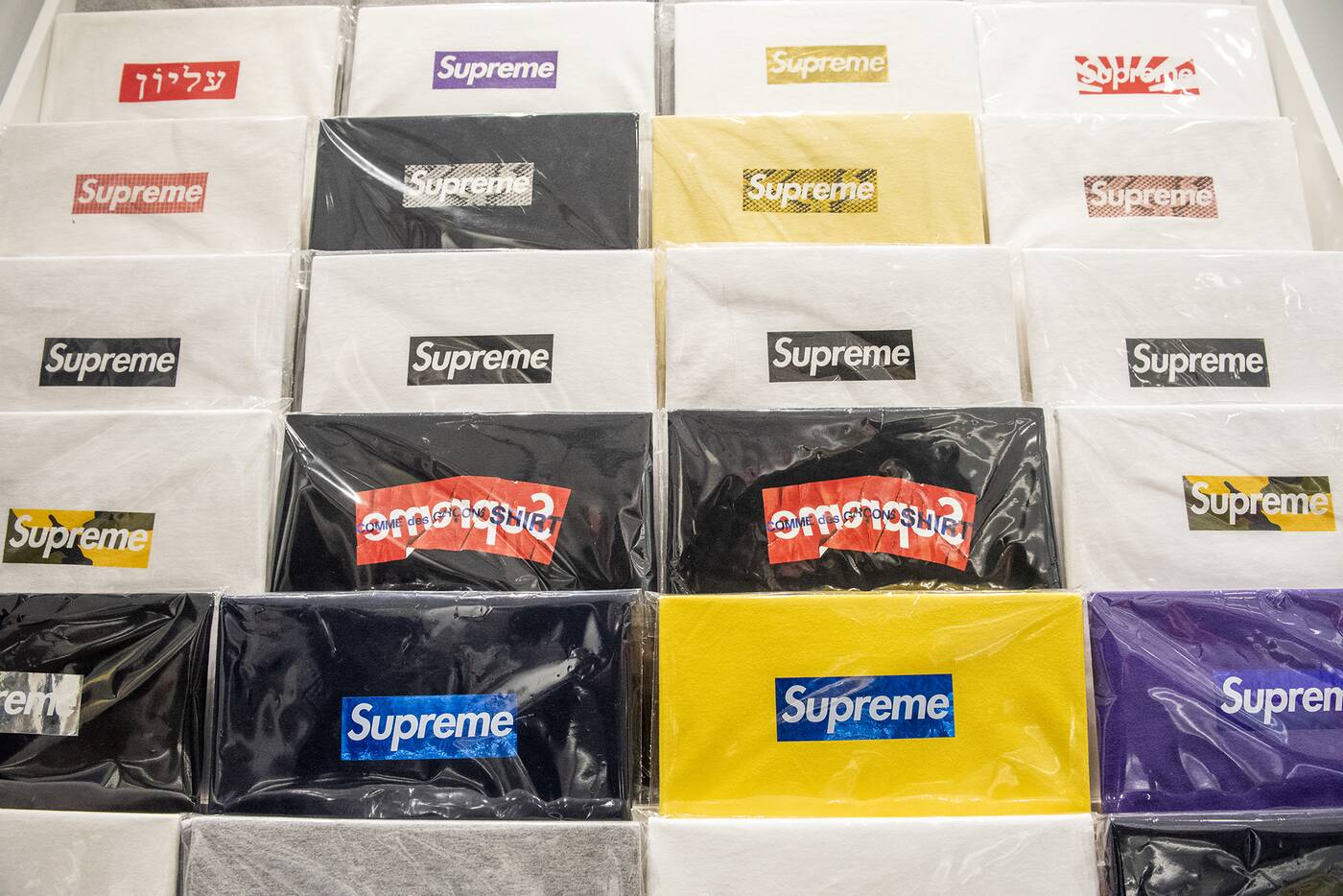 The resale world is a young culture wrapped in the old rules of luxury, but it's exploding. As the multi-billion dollar industry shifts from being a primarily online business to a physical one, longtime collectors are staking their claim in the market.

You don't have to buy anything at OD Toronto to visit it. All that's required is that you participate, however fleetingly, in the culture while you're there. 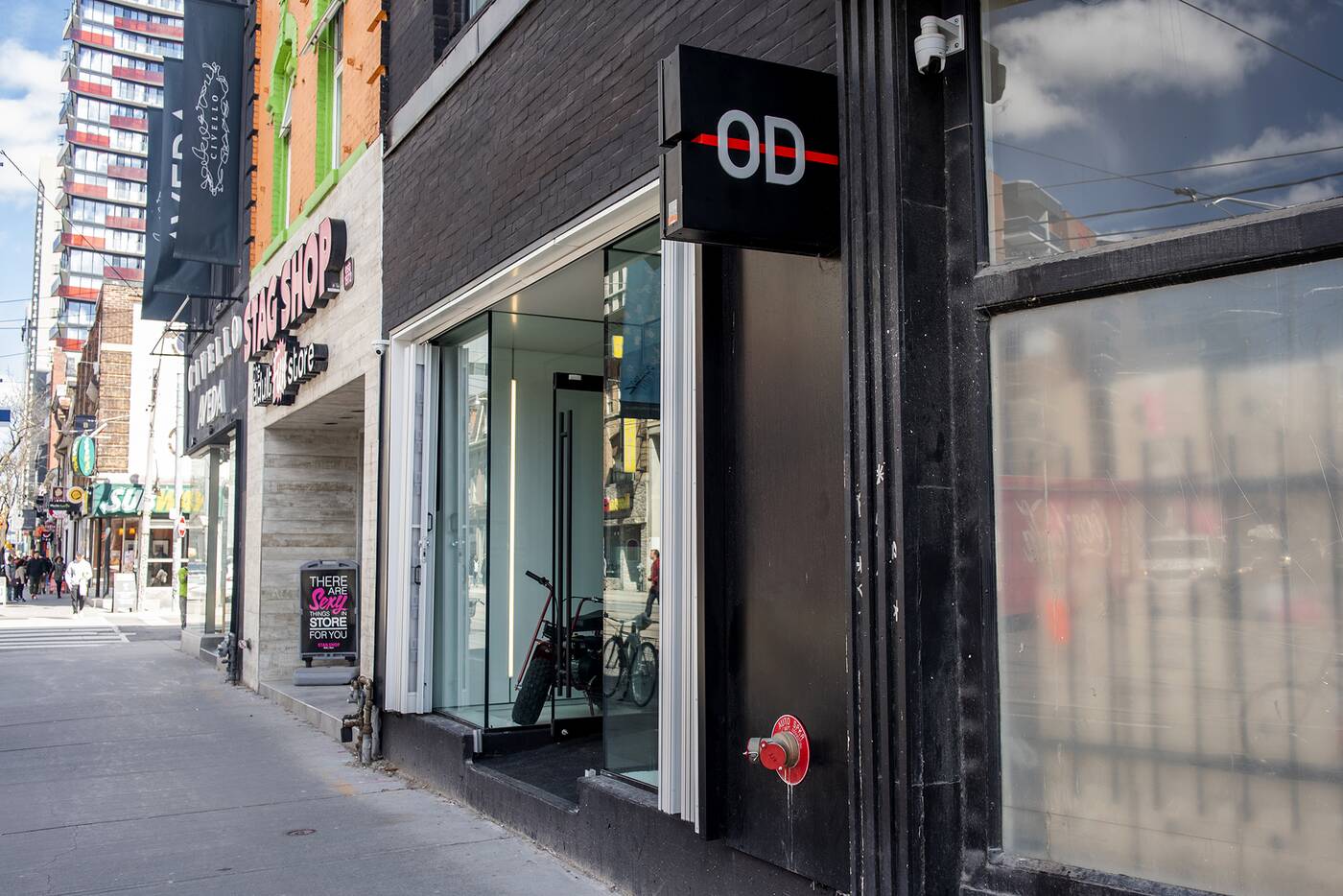 The Best Consignment Stores in Toronto