These are the people behind Toronto's Kawhi Leonard mural

Over the past few weeks, the 27-year-old L.A. native has won Toronto's devotion for life with some legendary plays in the Eastern Conference semifinals, and even now continues to bring the Raptors together, creaky-knees and all, to win after win.

So, how does Toronto repay their favourite big-handed, goofy-laughing player—aside from offering him free food for life?

You dedicate a portion of one of Toronto's busiest streets to him with a 30-foot-tall mural of his buzzer beater moment. 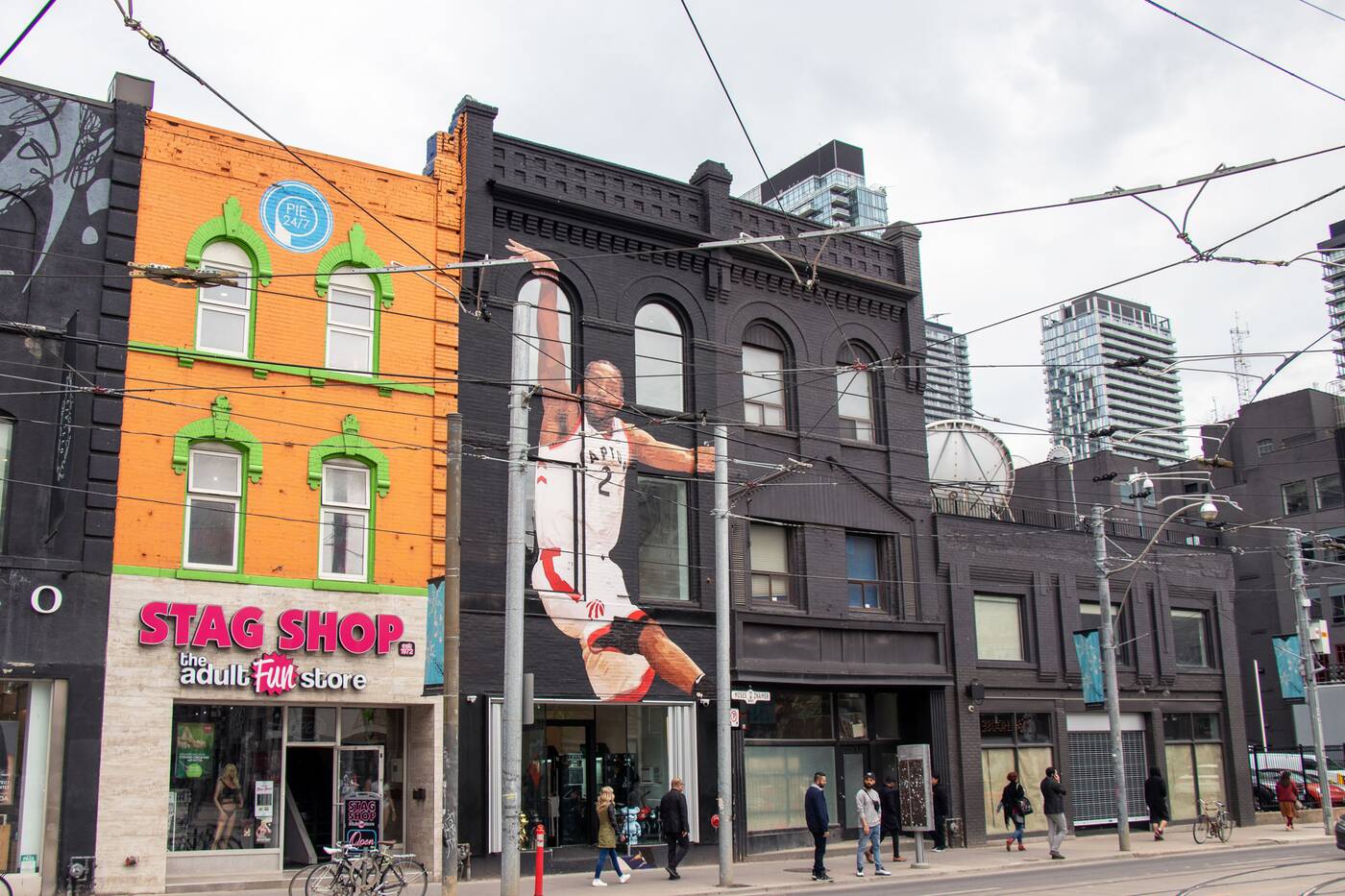 OD Toronto's vinyl mural stands 30 feet-tall on the exterior of the store.

"Whether or not we win the this series or not, we want to create something iconic," says OD's co-owner, who goes by Tetra.

The mural, which looks hand painted but is actually made from weather-proof vinyl, is made up of around six separate panels, and only took a few hours to install (in the rain, no less).

Prior to that, there was already another homage to Kawhi spanning the store's exterior, installed on May 7 after the much-needed win against the 76ers, to get the city amped for Game 5.

After the buzzer beater, Tetra and his team reached out to the Yahoo photographer who captured the moment, had it licensed, and within hours had the new mural up for all of Toronto to see. 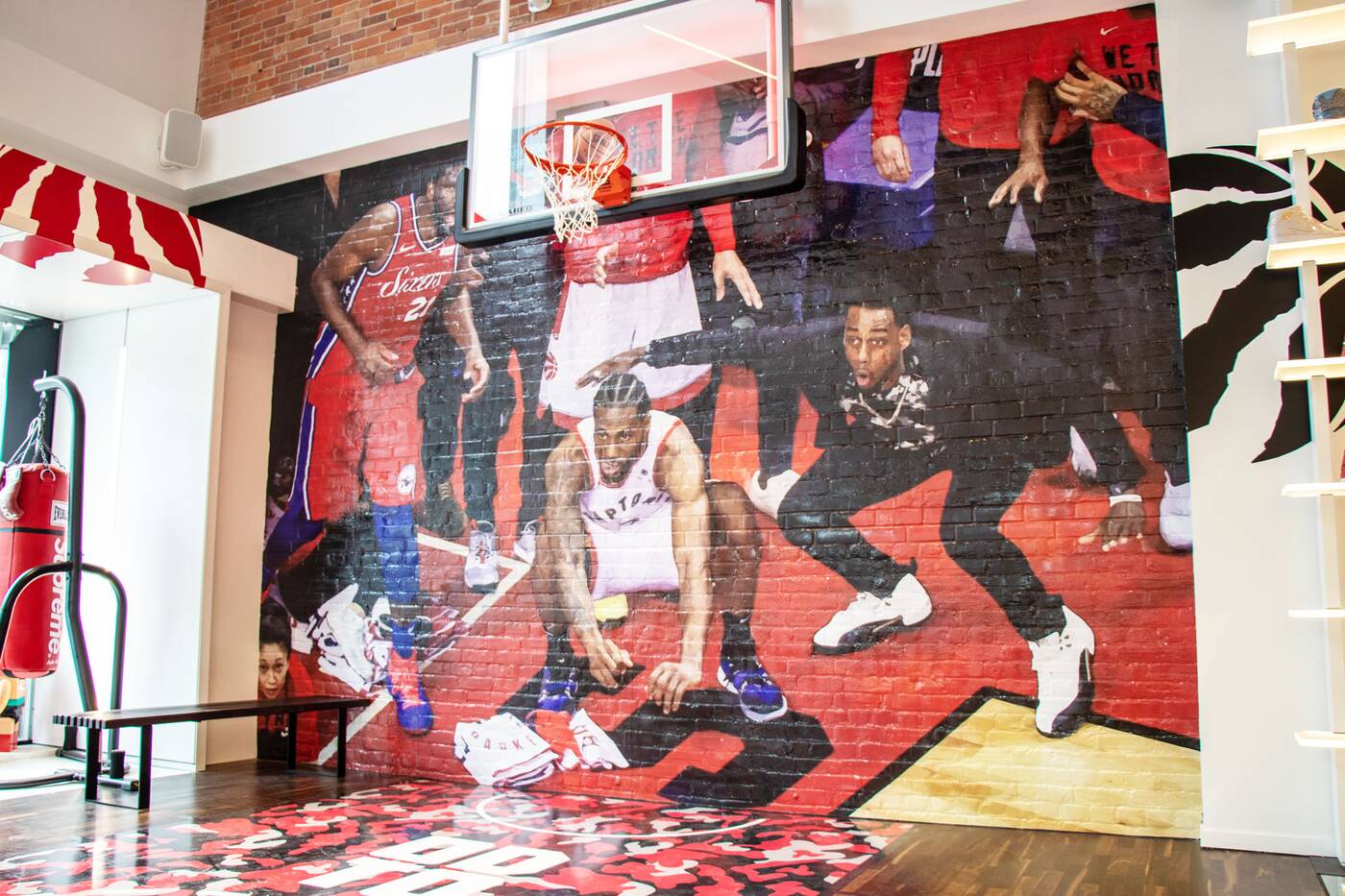 At this point, the OD store can be classified as a Kawhi shrine: head inside and you'll see another vinyl mural of the iconic Game 7 tableau, with Kawhi's squat, the fearful face of Joel Embiid, and Jordan Loyd's elation, all captured forever as the ball hung suspended in the air.

Unlike the exterior wall, it's an artistic rendition of the original picture that Tetra Photoshopped himself.

Countless tourists have rolled through to check out the 12-foot wall, as have celebrities like Jimmy Lin, Warren G, and Snoop Dogg, who posted a picture of himself in front of it during his album release party at OD on Monday night.

"I thought it would create a bigger moment," says Tetra. "It's not about anything other than the energy...not just for our customers but for the entire city." 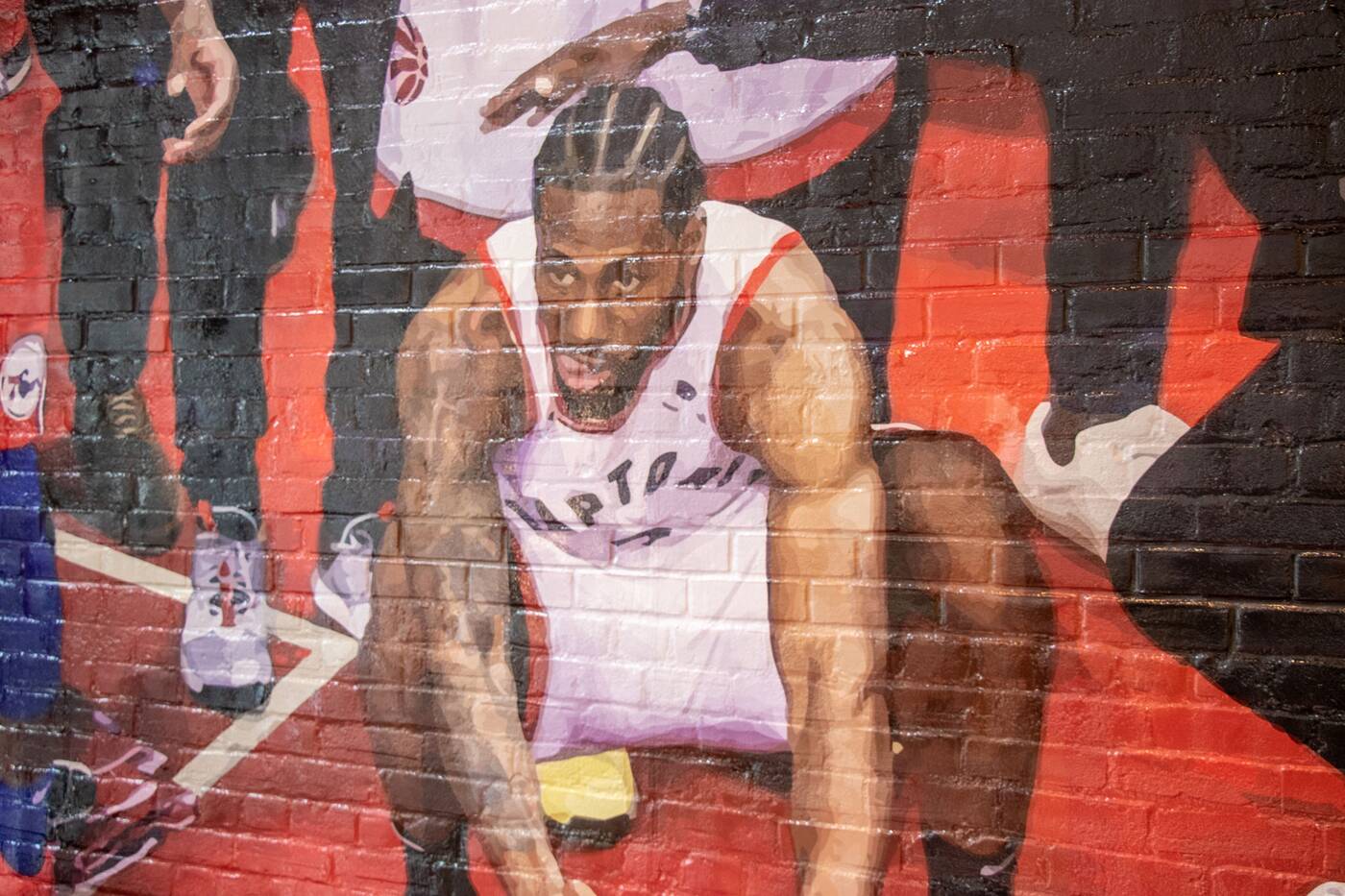