Toronto has already lost its fair share of music venues this year, leaving us with a void of performance spaces.

That's why we're allowed to get really excited when a new venue opens up. The Boxing Loft might not be huge or outfitted with state of the art anything, but it is unique. This is a hybrid boxing club and concert venue.

Located in Parkdale at Queen Street West and Elm Grove, The Boxing Loft was once located in the basement of the Loft404 building.

Through a lucky string of connections (the landlord also owns Made You Look), owner Emile Reed landed this space and after opening in January 2017, he quickly realized its potential. 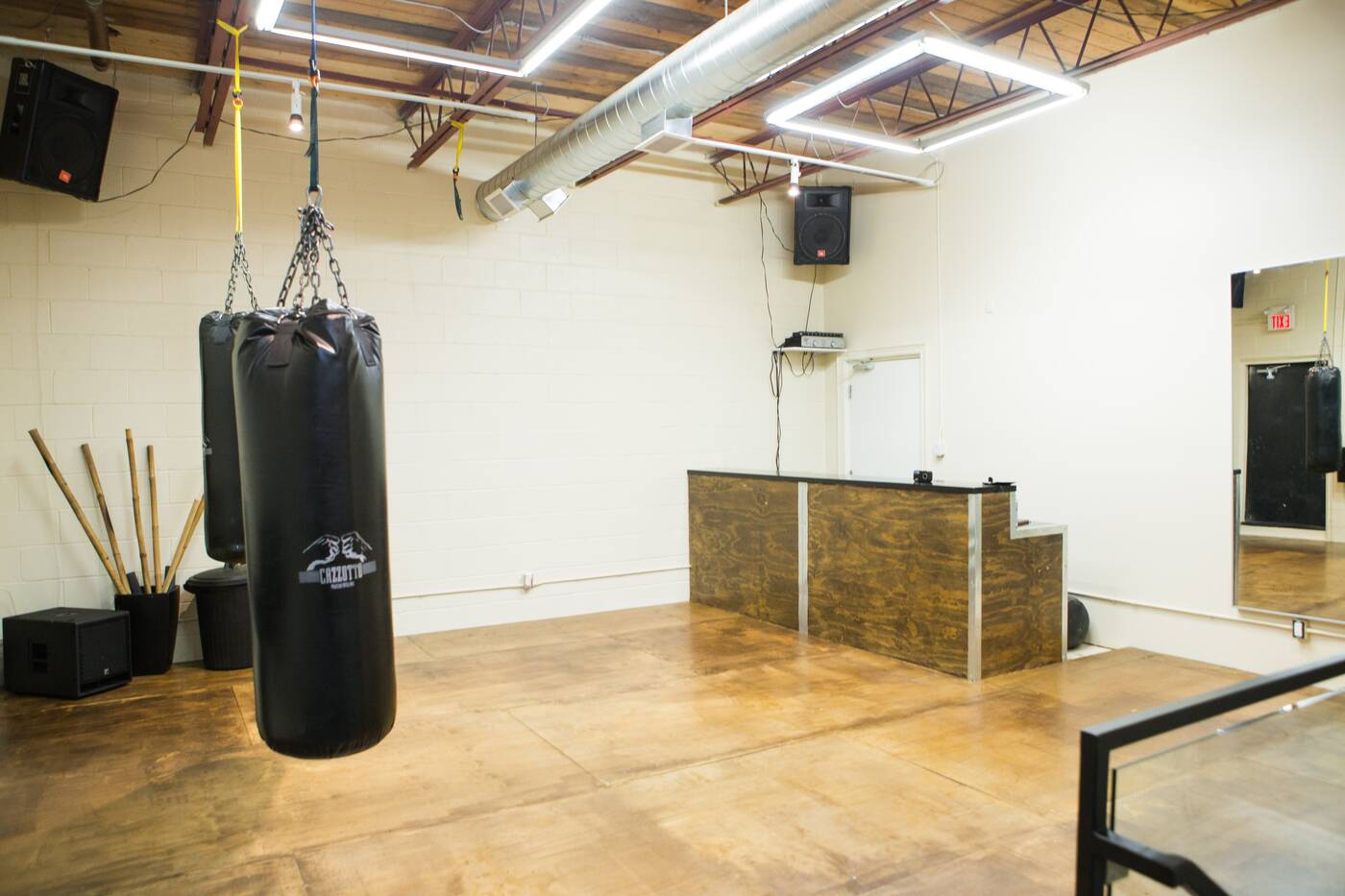 "It's a combination of entertainment and fitness," says Reed. "It's a unique concept space that I've had in my mind for many years, and now I can do exactly what I've always wanted to do."

The venue, with 15 foot ceilings, will host a series called Ringside Blues to begin with. Most of the concerts here will be blues focused, though, there are also parties on Saturday nights and acoustic music afternoons on Sundays.

To transform the space, Reed and his team take down the punching bags and put up sound blankets for insulation. Mounted wall tables come down as bar tables, chairs are brought in and they create a stage, while DJ Gene King makes sure everything sounds good.

Boxing happens from Monday to Friday during the day.

"It's all about the venue, and it's difficult to explain," says Reed. "It's always going to be intimate, but it'll feel like being in your own private concert ... just inside a boxing gym."