The Sound Academy was as packed as I've ever seen it, but everybody, and I mean everybody, danced. People wore tiny backpacks, pink hair, ruffles, and various animal hats. In short, on Kyary's first trip to Canada, she threw an amazing Harajuku party. Honestly, I think Toronto could do with a little more wow wow wow yay yay yay in its life. And maybe a few more acid trips. 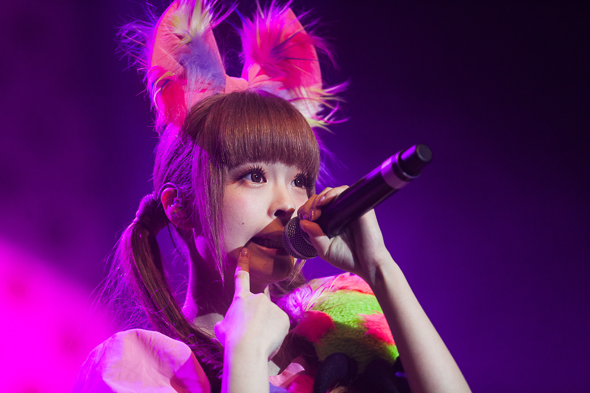 Kyary's music is not really the focal point of her shows. A lot of people seem to come for her style, her energy, and the show itself.There was a giant pink bunny leaping around, a troupe of precious dancers with Minnie Mouse headbands, and Kyary's own unique brand of hard-to-ignore head adornments.

Kyary got her start as a model and fashion blogger, and her style is a combination of early Tavi Gevinson, Sailor Moon (I had to), and the most wild Vogue editorial spreads, but her special twist is that everything is pink. She also doesn't give a eff: In 2012, she wore one of her trademark giant hair bows on TV, accidentally blocking sight of band Kanjani8. She apologized, and was very sweet about it obviously. But Saturday, the show was hers, and she joyously wore that fucking bow and brought some giddiness to our broken, frosty winter-in-Toronto hearts. 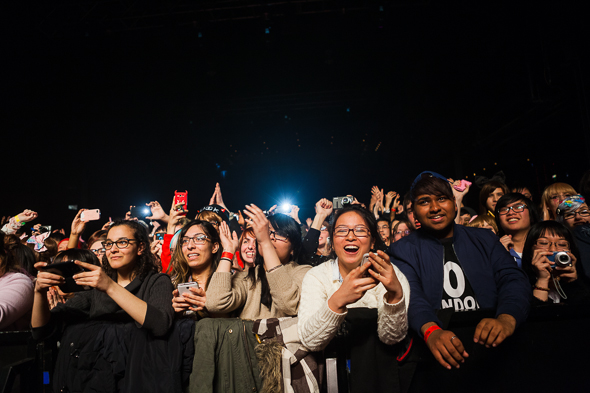 Though one could say Kyary's music is secondary to her image, the music is insanely fun. She started with Invader Invader ("The antenna grows, on the rainbow UFO"). The crowd went apeshit in a way I rarely see in this city. I think I'm going to start listening to this gem of a human when I am stomping around the city feeling especially homicidal. 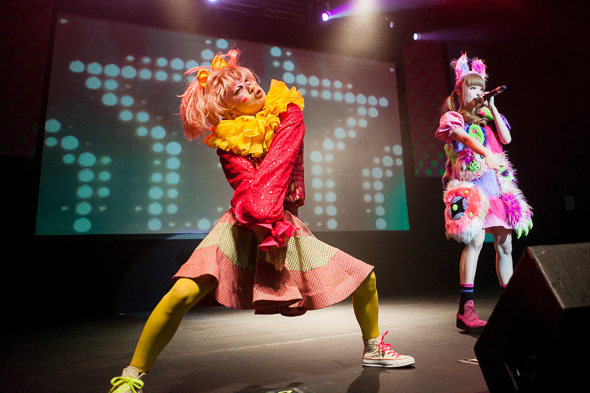 Kyary spoke Japanese for the most part when she addressed the crowd. But there was no real language barrier, somehow, as much of the crowd either understood Japanese, or were just so into it that they knew wassup anyway. 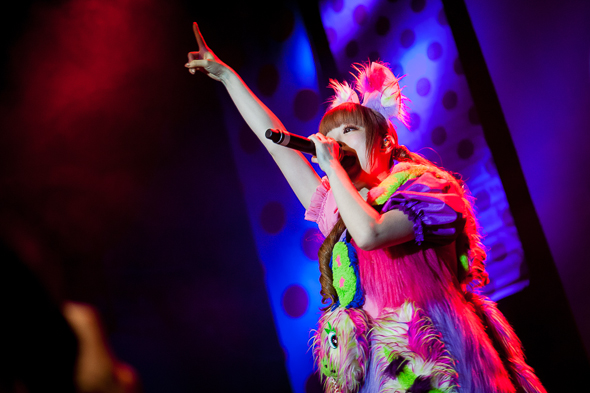 Everyone fell in love with the adorable Kyary, is what I'm saying here, myself included. We wildly demanded an encore, and she came back with Candy Candy and Tyantyakatyantyan. For me, that was a highlight. 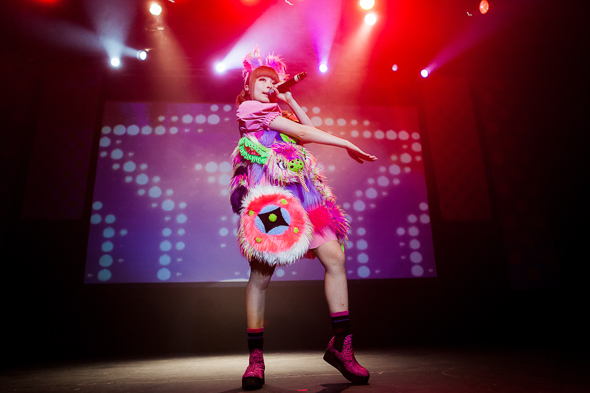 That, and watching crowds of fluffy-booted, glittery Torontonians march off into the night with a little bit more hope and optimism than they showed up with. 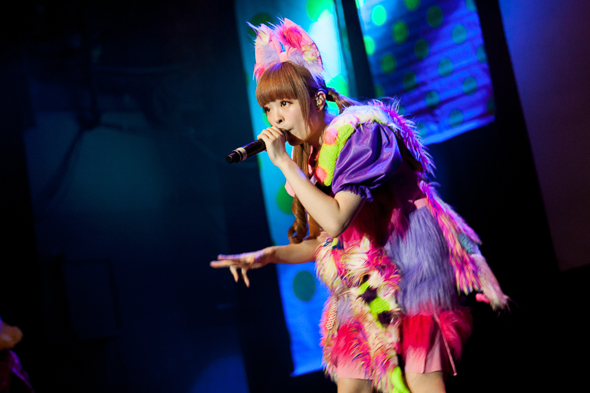 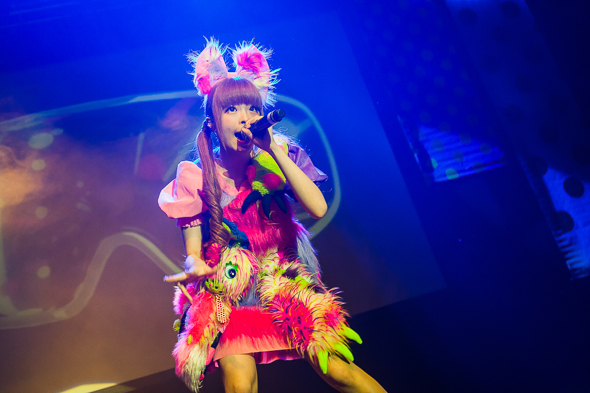 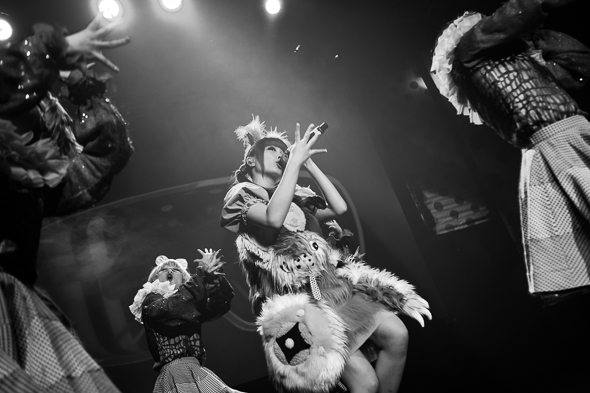 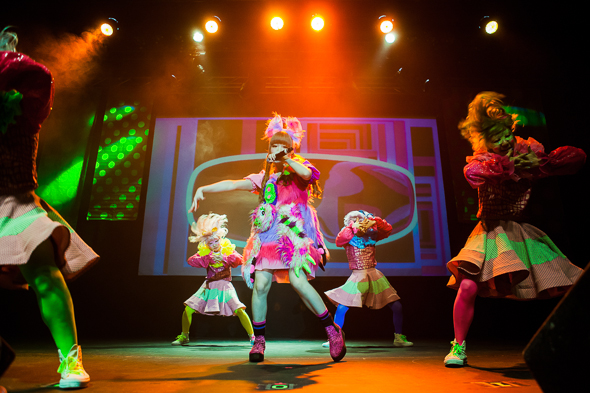 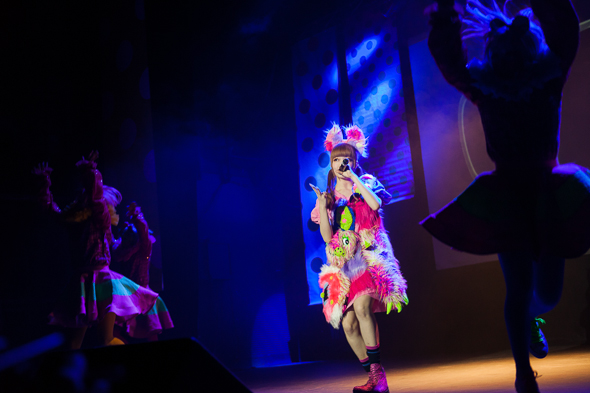 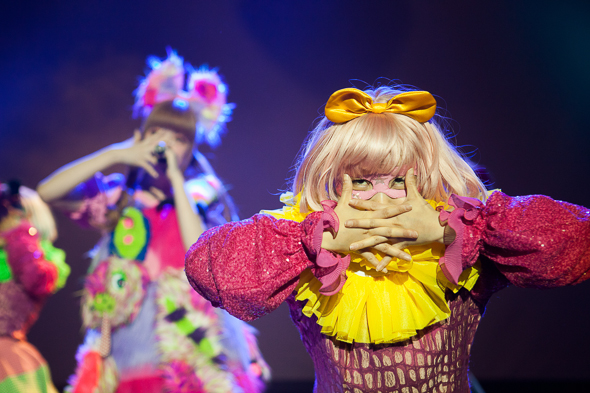