This weekend Toronto was busting out its spookiest collection of puns to promote their Halloween jams, and party kings Mansion and breakandenter grabbed the holiday by the horns to go all out with Slaughterhaus, a Halloween party at 99 Sudbury that payed homage to the one house on your street growing up that always went over the top with decorations. 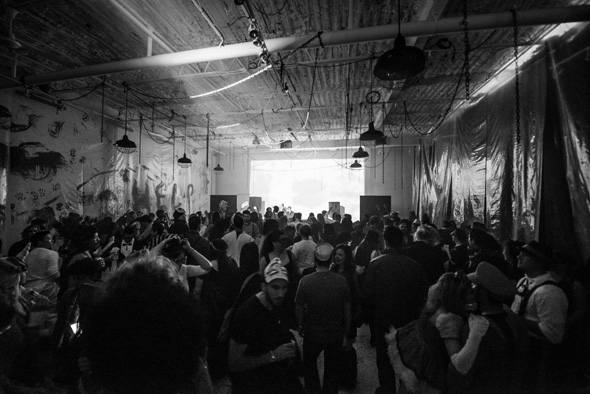 Halloween is supposed to come one night a year. Yet in modern times it's taken on the new format of essentially a week-long festival during which we dress up, watch scary movies and continually get drunk. I'm not complaining â I gleefully enjoy the opportunity to spend time and money constructing an elaborate costume I can confidently call "the thing inside the toilet from Ghoulies." 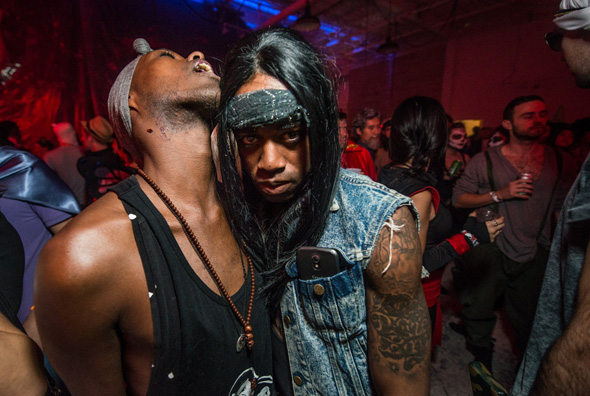 On Saturday night 99 Sudbury was sucked into another dimension and transformed into an industrial style slaughterhouse where more than just your average Dollarama decorations competed for your attention. Spread across the venues two large rooms were blood soaked chains, paranormal video projections, and a lounge area that looked like Dexter's kill room. 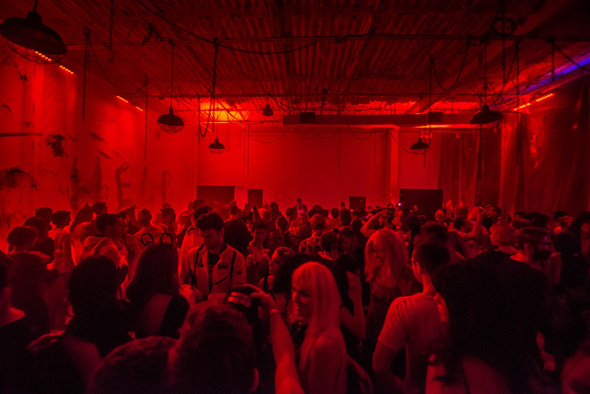 To further the old butcher house vibe was a pig roast outside selling flesh sandwiches to famished attendees. Headlining the horror was Marcel Fengler, a resident DJ at the eponymous hedonist techno layer that is Berlins best club, Berghain. Famous for its strict door policy and parties that throb all weekend, this place is either an ideal of heaven or hell, depending on who you speak to. 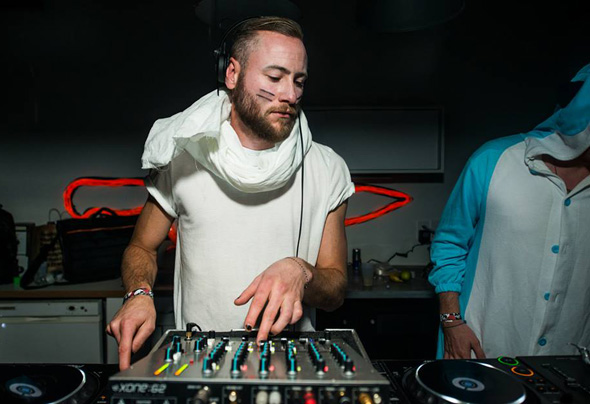 Arriving at midnight on Saturday, the line to get in fittingly resembled the Berghains, as it stretched down the block with patient party goers trying to keep their cool. While Box of Kittens got the main room thumping before Fengler's set, it was DJ's Members Only and vocalist/producer/all around nicest guy at the party Jeremy Glenn who had the side room bumping early with infectiously up-beat house and disco.

Members Only bounced between classics like Phunkie Souls' "Tha Music" and contemporary hits like Todd Terje's remix of "Lindstrom's Eg-ged-osis" before Mr. Glenn took over and dropped the suitably camp "OOFT!" Mix of MJ's Thriller to a dancefloor full of monster mashers. Glenn also had his microphone set up and dispersed some of his own vocals to deliver a live set/dj hybrid. Afterwards Bang the Party's Andy Capp kept things funked for the remainder the evening. 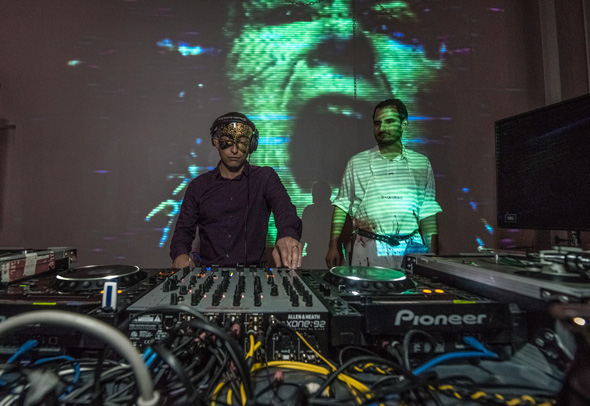 Back in the boom boom room Fengler was controlling a packed dance floor through subtle changes in pace, thuds, and minimal beats played at maximum volume. Hard techno like this is reliant on a strong sound system to thrust the listeners into the hypnotically deep grooves inherent to the music and they succeeded in translating this onto a temporary soundsystem. Most impressive though was that despite a 2am last call, they kept the music going till 5am and the lack of party fuel didn't prevent anyone from stopping. I'm sure anyone who was spending hours scrubbing their make up off Sunday morning was hearing the echoes of "worth it" in their head.