The Walkmen get fiery at the Danforth Music Hall

Wednesday night's Walkmen and Father John Misty double-bill at the newly renovated Danforth Music Hall made sense in a lot of ways. Both bands offer a distinct, if somewhat monochromatic style (this isn't a bad thing) that harkens back to influences not heard enough in general music trends of the last decade or so. 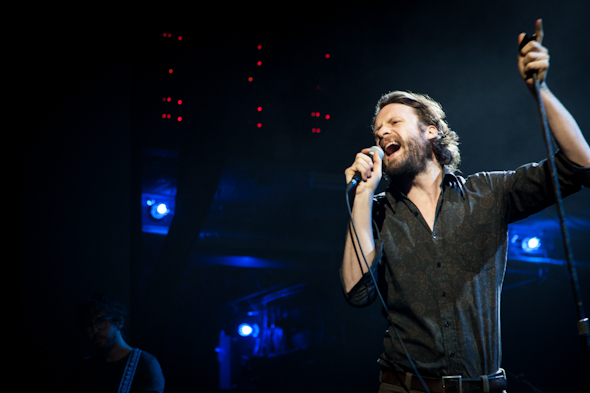 The night's headliners - though Father John Misty got a set only marginally shorter - wear their Ol' Blue Eyes influence on their sleeves, filtered through the songwriting and occasional guitar skronk of post-punk. Father John Misty (ostensibly J Tillman, former Fleet Foxes drummer, in the studio; live, a fleshed-out sextet) take a bit from the songbook of Harry Nilsson with a rootsy take on psych lurking beneath their quiet folk songs. Both were great pairings, not just with each other but also with the choice of venue for the evening, its club-in-a-theatre vibe striking the ideal balance between classy and weathered.

While Fleet Foxes were never my bag and I was entirely unaware of Tillman's prior solo work, his first record as Father John Misty, last year's Fear Fun, is an unexpectedly spirited romp through various folk tropes, replete with references to Neil Young, Richard Brautigan, and the concept of acting itself. While conceptually intriguing, the idea would be nothing without great songs, which, fortunately, Tillman in no way lacks. 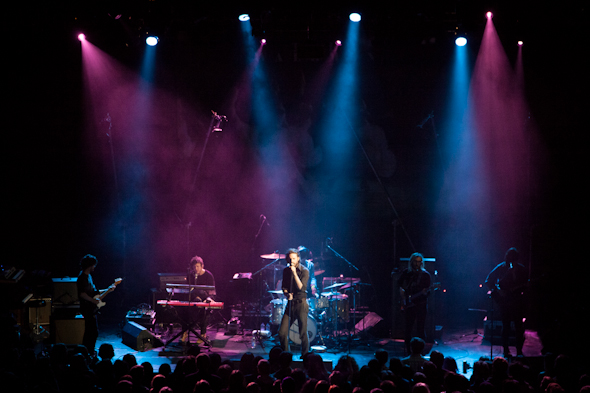 Packing their 45 minute set with pretty much all of the record's high points allowed for a pace that never slowed, whether going for extended guitar freakouts in "Hollywood Forever Cemetery Sings" or the jaunty folk-pop of "Nancy from Now On." At points, the fullness of the touring band removed the intimate clarity of the songs' studio counterparts, but Tillman's affable banter and his backing band's sense of dynamics got the crowd on their side. 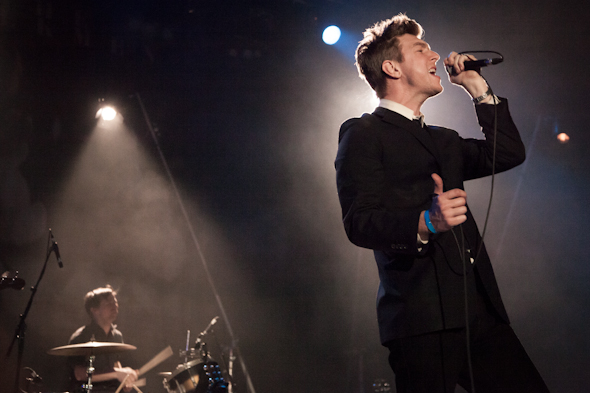 The crowd filled up rapidly during Father John Misty's set, indicating the Walkmen had big shoes to fill. Not that the band members are anything but consummate professionals, having last been through town celebrating their 10th anniversary with a 2+ hour spectacle of their best material (of which there's a lot).

While by no means the epic spectacle/endurance test of that Phoenix visit, frontman Hamilton Leithauser & Co. were still fiery right out of the gates, starting with a shambolically perfect take on early favourite "We've Been Had" before charging into the most cathartic song of their career, 2004's "The Rat." It's a little strange hearing the underlying tension of most of the band's music entirely shattered in the first few minutes of the show, but the Walkmen stayed on track nicely, dipping into some simmering slow-burners with "On the Water" and "Blue as Your Blood." 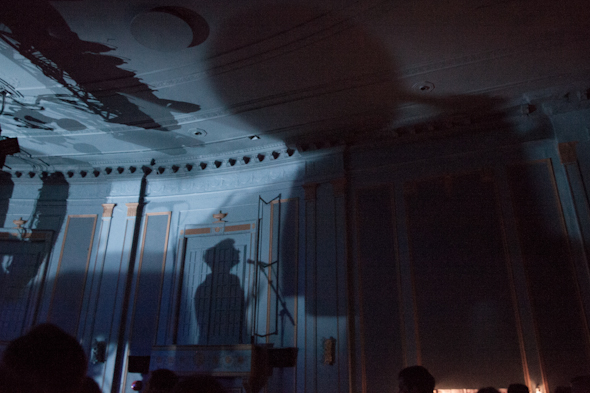 Closing the main set with two tracks from their most recent record, 2012's Heaven, was a slightly puzzling choice, the sedate "We Can't Be Beat" a little incongruous with what had come before. An encore of "Juveniles" and "Canadian Girl" saved the day, Leithauser seamlessly turning his swagger into charm, but ultimately came off as a denouement to the explosive first half of the show. 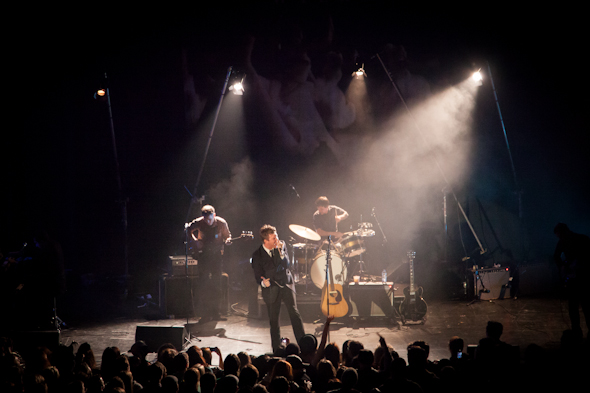 That said, there's nothing wrong with getting the tension out early to spend the rest of the evening regaining composure, which is exactly the path the Walkmen forged Wednesday night. In tandem with the good Father John and a revitalized Danforth Music Hall, it was hard not to be convinced of the greatness of both bands, even if they don't beat you over the head with the fact.

Funtimes in Babylon
Only Son of the Ladiesman
Nancy From Now On
I'm Writing a Novel
Misty's Nightmares 1 & 2
This is Sally Hatchet
Well, You Can Do It Without Me
Everyman Needs a Companion
Hollywood Forever Cemetery Sings