On Monday night the Masonic Temple will play host to the Polaris Prize Gala. In its seventh year, the prize is awarded to the Canadian artist whose album best encompasses "artist integrity."
With $30 000 at stake, and no real pattern to follow from winners past, it's anyone's guess as to who might take it. In fact, please share your predictions in the comments — because your guess, at the end of the day, is as good as ours. You can stream the gala live on CBC Radio 3 and SiriusXM 151 and watch it live here at 8pm EST.

Here are our picks. We think one of them will take it. We really do. But, our taste is ever questionable. 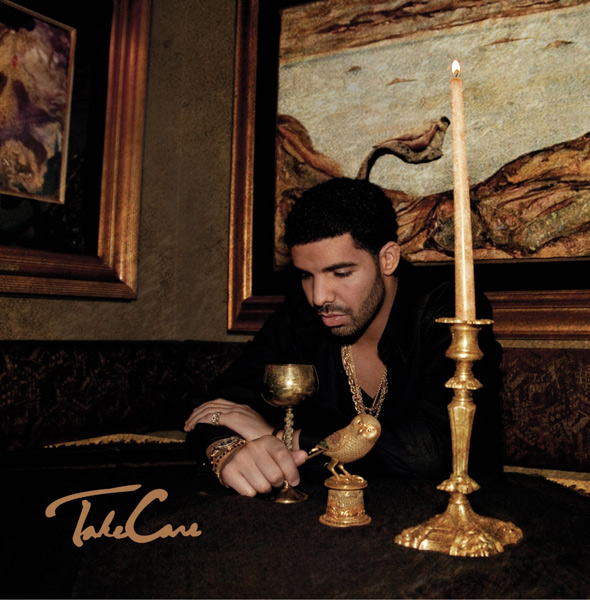 Take Care is the only album on the Polaris short list I find interesting at all, but thankfully this is more than an easy choice for me. Drake is one of the, if not the, strongest musicians that represent a new voice of Canadian music — capturing the urban realities of a country whose cities are dominated by condos, clubs, and the free market in all its gaudy excesses and economic divisions.

Drake might come off to casual listeners as an egoist or chauvinist, and undoubtedly there's some truth to that (in which case Drake shares the faults of this country and its 30 some million imperfect inhabitants), but the Polaris is about recognizing quality albums, not dissecting role models (of which we could still do a lot worse).

As an album Take Care is an emotional and at times even experimental ensemble, and the subtle production on the record not only compliments Drake's straightforward style as a rapper and r&b artist. It makes for a compelling and enjoyable listen, defined by its effortless pacing, impressive list of guests, and Drake's sharp-witted, candid lyrics.

I'm also down with Drake winning because though he might rap about the prize money over another un-released Aaliyah track, I expect he'd do something positive for Toronto and the Canadian hip hop / r&b scene with the Polaris cheque. Don't forget his success with OVO fest and support he's offered to rising artists, most notably The Weeknd. 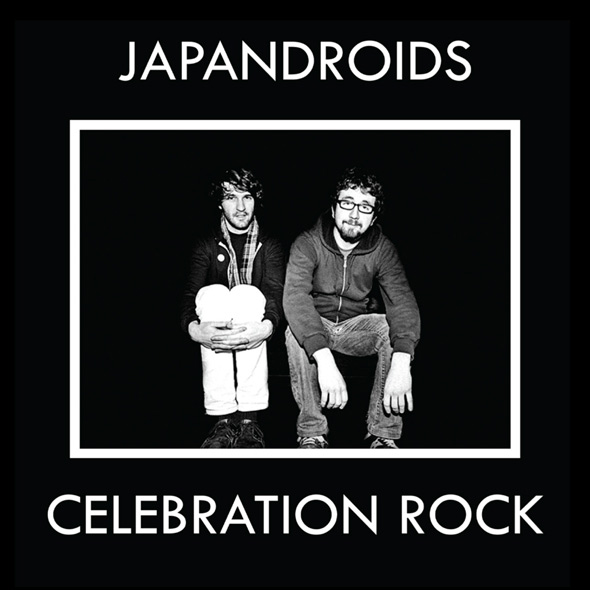 Japandroids- Celebration RockIt's only eight tracks long, but Celebration Rock contains enough straight up rock and roll swagger to soundtrack an entire summer. It's that rare breed of sophomore record that improves upon its predecessor without varying wildly from the formula that garnered attention for the group in the first place — manic drums relentlessly shoehorning made-for-stadium riffs, still placing dogmatic importance on parties, girls, and summer. There's a pronounced sense of urgency this time around, but it's just so damn fun that you hardly notice Celebration Rock simultaneously nudging you that these good times are finite. They're not reinventing the wheel, but giving it a hell of a spin that, with any luck, will net them the prize.

That said, in the wake of last year's Arcade Fire win, the panel could very well opt towards an international favourite that isn't necessarily selling out Madison Square Garden just yet: Feist. While Metals may not have yielded the megahits found on 2007's The Reminder (shortlisted and snubbed for that year), the critical consensus is that Metals runs furthest with Leslie Feist's artistic progression — a feat that could win her the $30,000.

Ryan's Pick: Cold Specks- I Predict a Graceful Expulsion
Something happened when I first listened to Cold Speck's debut album: I froze. That hasn't happened for a while, and when it does, you take notice. Go ahead, stop reading, and listen to "Blank Maps" or "Holland" or "Winter Solstice." Haunting, right? Yet, beautiful. Sorrowful. Striking. And it sticks with you. With lyrics and a voice that evoke times that have passed, the bible and the deep south, one is rightly bewildered that such music is coming from a young singer-songwriter from Etobicoke. But here we are.

With her debut, I Predict a Graceful Expulsion only released back in May, singer Al Spx, 23, likes to keep things mysterious as her acclaim builds. She herself has dubbed her music "doom soul," two words that you probably haven't heard together before Cold Specks. And for good reason as Cold Specks is something raw and new. Something to celebrate. Something to watch out for.

Adam B's Pick: Japandroids- Celebration Rock
The Polaris Prize is open to big-name acts as well as the most obscure of indie performers, as last year's Polaris (and Grammy and Juno) winners Arcade Fire proved. I wouldn't be surprised if we saw that trend continue, and have Feist's Metals take the prize.

Make no mistake — Metals is a great record. It's delicate and nuanced, but I think Celebration Rock by Japandroids should win this year. Impressionistic, vivid lyrics ride huge guitar hooks and endless drum fills, giving an edge to the more vulnerable moments of this album--of which there are plenty. The songwriting on Celebration Rock is easily the most thoughtful and thought-provoking of Japandroids' catalog. And yet, the album never comes off as trite or pretentious. This is a band who will do anything but talk down to you, a couple of dudes wondering out loud about some big ideas they maybe just became aware of themselves, and that is definitely something that should be celebrated. 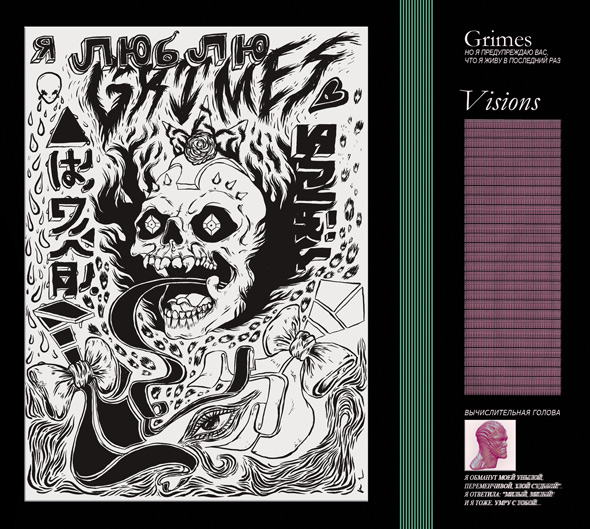 Grimes- VisionsMy 2012 Polaris Prize Pick for 2012 is Grimes with her album Visions. I'm definitely hedging my bets but it is an interesting and fun pop album to listen to. It's also pretty bizarre (artistic) music if you are over 25 years old and do are not subscribed to multiple music blog RSS feeds telephone. Speaking of young people, it would be a good change of pace for someone under the age of 100 to win the Polaris because the Canadian Music Industry should focus more on the children because they are our future and and their future is looking bleak (which is why they make cool robot music). And finally it's got a lot of love on the streets (my roommates have the record and are going to the concert). 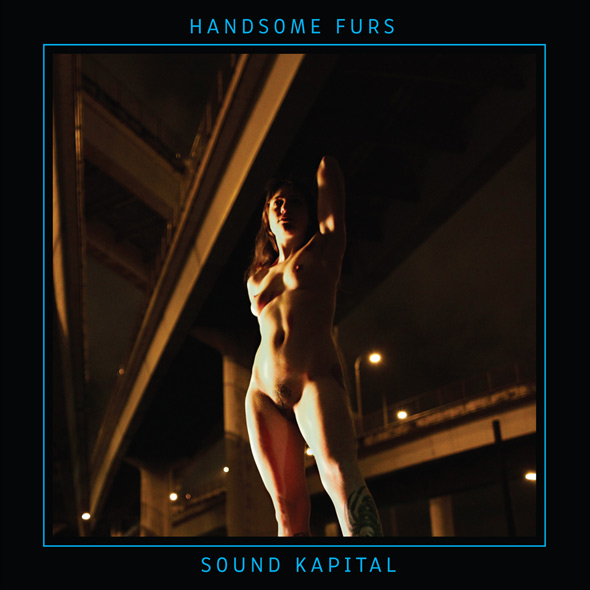 Handsome Furs- Sound KapitalI would've loved to have seen Rich Aucoin and Bry Webb on the shortlist- that would've made this post easier-but Sound Kapital, an album heavily inspired by a two-year trip travelling through Asia, stands its ground. The record sounds less like rock music being played via keyboard/drum machine and more like electro music accepting itself for what it is and what the band's limited stage set up can provide.The fifth track, Serve the People is the stand out for me; anthemic and describing the plight of musicians in Burma having to play literally underground just to avoid prosecution ("Kids were making noise when the generator's on 'Til the cops said 'move along'"), Boeckner's words give me chills.

The whole albums oozes raw emotion and it's clear how heavily affected the duo were by the trip. I'm just not sure if it will be enough for them to take the prize. In fact, I think Grimes will be leaving Toronto $30 000 richer. Her baby coos have every guy I know falling in love with her (and I dont want to get into the psychology behind that), but it can't be ignored that her unique mix of pop/electro/tribal combined with her experimental vocals truly make for something artistically special.