The unofficial queen of hip hop and R&B, Lauryn Hill, performed with her band Saturday night at the ONEXONE charity/TIFF gala at the Kool Haus.

Complete with a red carpet entrance (or rather a black carpet with red velvet ropes), white curtains hanging across the back of the venue, and half of the floor converted into a VIP lounge section, the Kool Haus was all dressed up for TIFF. The crowd was an eclectic mix of supporters of the ONEXONE charity, glamourous TIFF people in the VIP section, although there was also a healthy contingent of hard-core Lauryn Hill fans in the crowd. 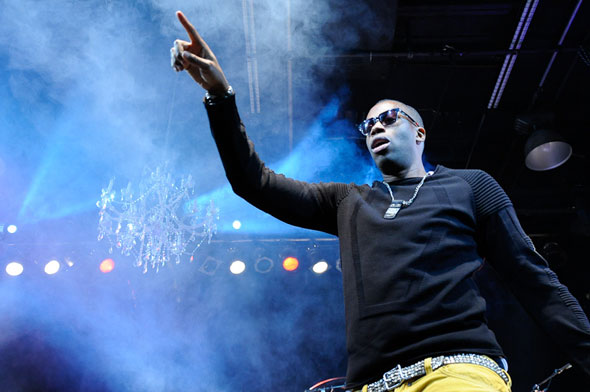 Music for the night was provided by Diesel-sponsored DJ YO-C, playing mostly Top 40 hip hop music, contributing to the party ambience of the evening. The first opening act was a young man named Cole Mitchell who sang clichĂŠ love songs over a guitar and bongo (albeit with a pretty good voice) that the ladies in the crowd seemed to gobble up. 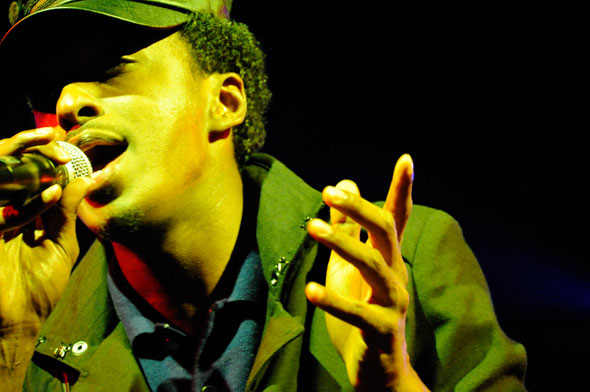 Next came a slew of Toronto talent, headed off by the always energetic and charismatic Kardinal Offishall with hype-man Solitaire, backed by the band Front Door Magic. Kardi performed some of his more mainstream, party tunes, paying tribute to Toronto with "The Anthem," and getting the crowd hyped up with "Clear!" 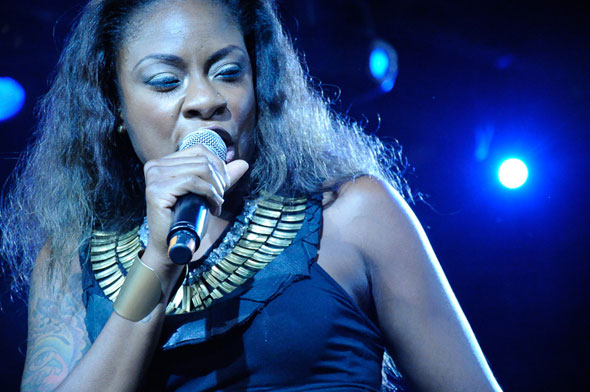 The DJ cued up some old-school break beats to set the tone for the Canadian hip hop pioneer Maestro Fresh Wes to jump out on stage and perform "Let Your Backbone Slide" for a few minutes, followed up by Jully Black's lustrous vocals, singing "Money Jane" and "Seven Day Fool."

Special guest K'Naan was next to take the stage, trying out a new song entitled "The Seed" on the crowd, delivering a passionate performance over guitar and keyboard accompaniment. Up and coming songstress Shi Wisdom also made a brief appearance, performing "Mr. Parker" with Kardinal. 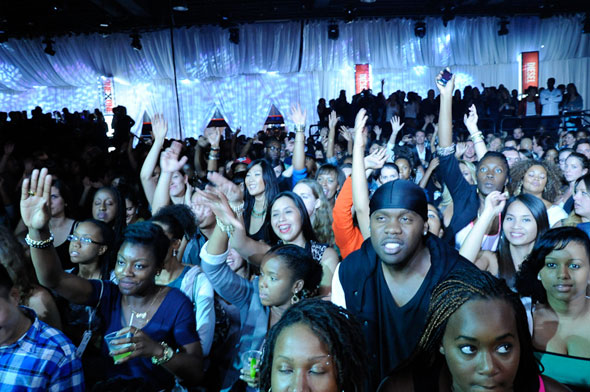 After the "Toronto superstar" set, human beat-box artist Scratch of The Roots Crew set up to perform his impressive vocal talents. Unfortunately, his performance was plagued by sound issues and technicians who were actually sound-checking mics during his performance (both he and the crowd vocalized their frustrations), and the final segment of his set was disrespectfully cut off. 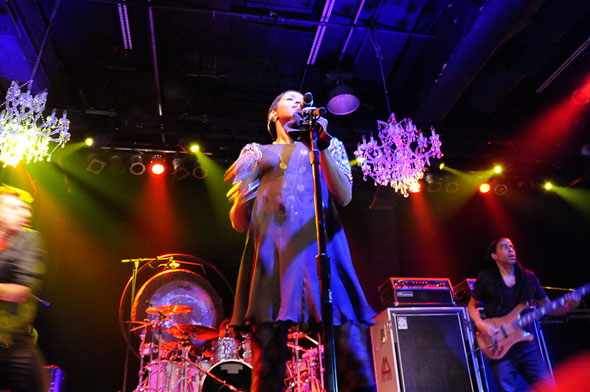 Around 11pm, Lauryn Hill's band took to the stage and played up an impressive rock/reggae infused version of "Killing Me Softly" as Ms. Hill's vocals could be heard off-stage. When she made her way on-stage (to enthusiastic applause), Lauryn seemed a bit frazzled as she simultaneously sang, conducted her band, and struggled with her sound techs to hear herself in the monitors. The band was so loud and full in the first few songs of the set that even Lauryn's strong voice got lost behind the music, and her frustration at the levels on stage was evident.

On certain songs, especially early in the set, she seemed to be experimenting with the band, erratically speeding up tempos on "Superstar" during beat breaks (which, to her credit, she rapped perfectly in time to, although seemingly a bit out of breath).

When the band finally quieted down a bit on "To Zion," Lauryn's voice finally began to truly shine (although a bit less delay on her vocals would have been nice). The band's rendition of "Lost Ones" was fresh and impressive, with back-up singers filling out the chorus while Lauryn sang soulfully overtop of the melody. A portion of the set was dedicated to her time in the Fugees, and by the time "Ready or Not" came on the crowd became electric with excitement.

For an encore, Lauryn came back on stage to sing a few Bob Marley songs, and brought out two of her children to say "hello" to the crowd (her son even adorably rapped a few bars). The final song of the evening, "Doo Wop (That Thing)," had most of the venue dancing with smiles on their faces. 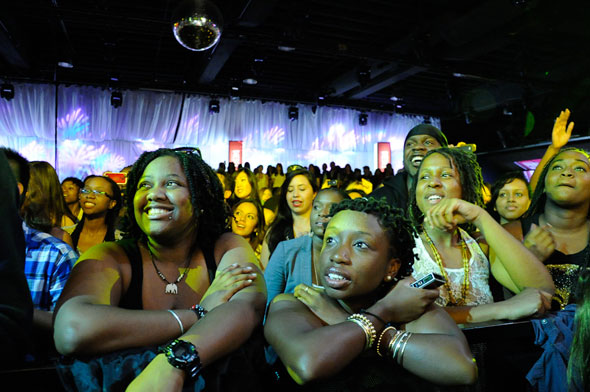 Fans that had their hearts set on hearing their favourite, classic Lauryn Hill songs may have walked away largely disappointed, as most of the songs performed were largely unrecognizable from their original versions, melodically and in terms of tempo, overall energy, and amplitude.

While Ms. Hill's brilliance did, in fact, shine through by the end of the evening, large portions of her set seemed disorganized and sound issues ranging from feedback to drowned-out vocals marred especially the first third of the performance. For the songs in which a sound-clash between Lauryn and her band was not occurring, however, the show was fun, soulful, and downright inspirational to watch.