On Monday night, while Bloor and Lansdowne lay under a carpet of snow, a small group had made it out to assemble on Placebo Space's couches and floor cushions to see Dent-De-Lion's Toronto stop on his long winter tour.

Dent-De-Lion is Aymeric Hainaux, a solo performer from France who is currently crossing North America with his harmonica, accordion, echo pedal, assortment of junk percussion, and his most important instrument: himself. 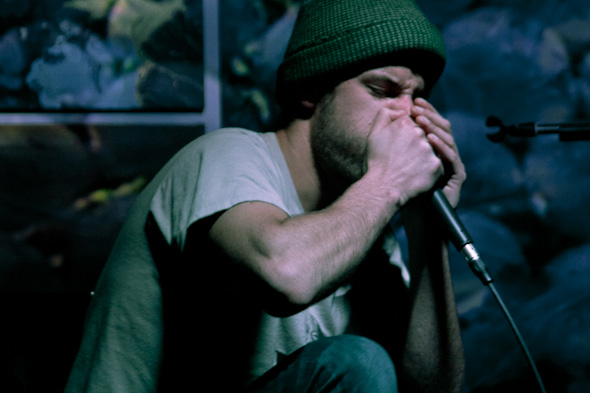 Every note and gesture counts with Dent-De-Lion. Combining beat-boxing, minimalism, noisy experimentation, performance art, and dance, Hainaux moves fluidly, deep in concentration, trancelike in his awareness of his music and body. From the first moment Hainaux faced the audience and began speaking swift and forceful words in French, and what I believe was German (the sound seemed to matter, not the words), the small room was held captive. 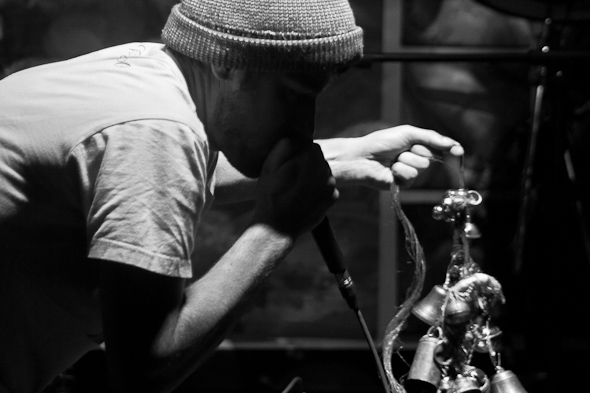 Hands nearly always cupping a microphone to his mouth as he crouched or paced the stage, Dent-De-Lion beat-boxed, whispered, yelped, and blasted noise. He slowly lifted an enormous mass of tarnished bells, seeming to control each careful sound they made, until, after a long period of slowly increasing their quivering, the bells were brought crashing to the floor: a simple act made hypnotic by Hainaux's unwavering physical absorption. He went on to point his microphone toward and away from one of Placebo's speakers, mining for extreme feedback to accompany his voice. 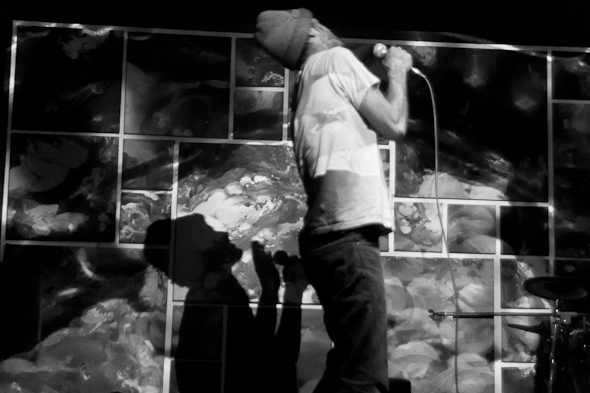 Dent-De-Lion isn't all aggression, though. Standing immobile, holding the microphone away from his mouth and singing with a ventriloquist's flair, strange non-melodies seemed to come from far away, as though from another room, or an old speakerphone, and not Hainaux's barely moving lips. Later on in the set he brought out a large harmonica and played beautiful tones while weaving out into the crowd to sit among the audience. 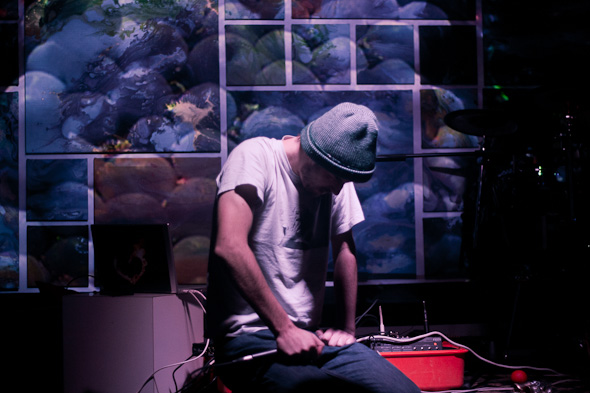 The set came to a close as Hainaux left the stage - and the venue - to speak more rapid words that I couldn't make out to some late-comers who were coming up the stairs. It was an end both jarring and fitting with the performance, and Dent-De-Lion's unconventional take on making music with sound, movement, and silence. 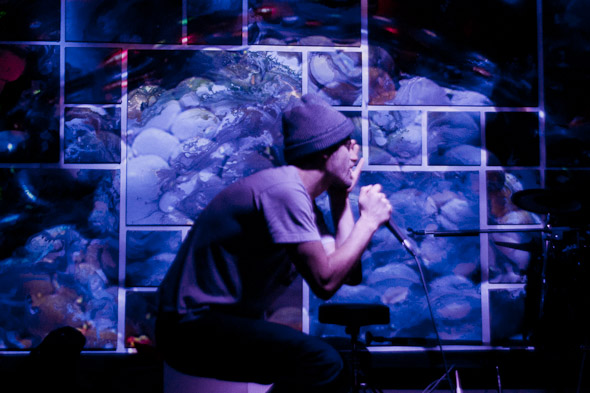