In 2006, a beardless and much younger Dallas Green released the video to "Save Your Scissors." The video and song helped catapult the already famous Alexisonfire co-vocalist even further into stardom. In hindsight, it was likely always the case that City and Colour would take precedence over Alexisonfire, but the level of success of the former project is what's truly surprising. This weekend, City and Colour played not one but two back-to-back shows at Massey Hall.

The night started with a captivating opening performance from Rhode Island band, the Low Anthem. The group enchanted everyone when they ended their set with "This God Damn House." Before starting the song, the band's frontman, Ben Knox Miller, asked everyone to take their mobile phones and put them on speakerphone, and when he gave a signal, he asked everyone to hold their phone close to the phone of whoever was sitting next to them. He promised that we would hear the sound of "digital crickets." At the appointed time, it really sounded like the venerable Massey Hall had been invaded by a host of crickets. 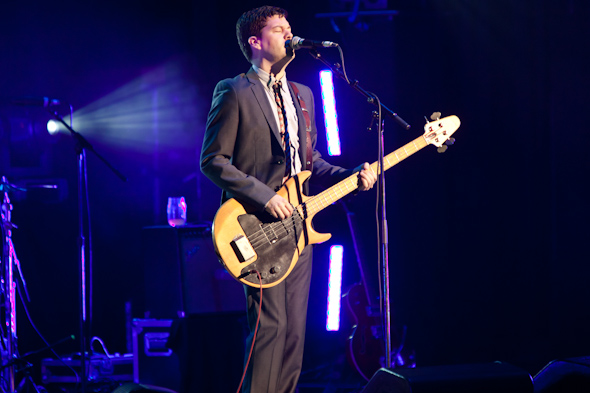 After a brief intermission, Dallas Green took the Massey Hall stage. The singer started his set with a stripped down version of old fan favourite, "Comin' Home." As the song progressed and Green worked his way towards the song's refrain, Green was joined by the rest of his backing band. Once the rest of the band took their place on the stage, the old theatre exploded in a cacophony of colour and sound. Green used his new found reinforcements to help him with his most recent material from Little Hell. 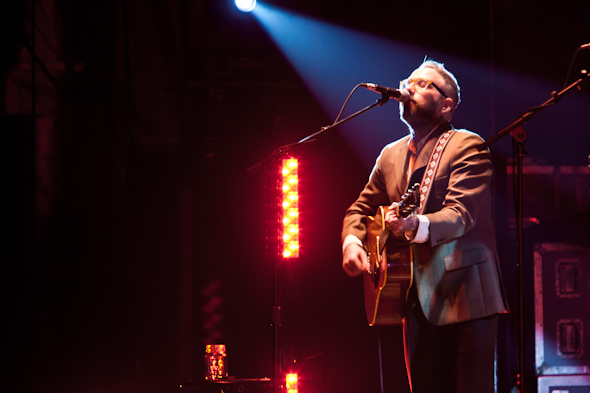 As the evening progressed, the rest of the band left so that Green could play several songs by himself. The beautiful lighting that accompanied the portions of the show where Green was joined by his band was toned down for his solo performances. At times, it felt like the lighting had a vendetta against my retinas, though judging from the nearby faces that were rapidly alternating from smiles to squinting and back again, I wasn't the only one that felt this way.

And while I enjoyed the concert throughout, something about seeing Green captivate the cavernous Massey Hall with just his voice and guitar was particularly engaging. During these moments, some of the songwriter's more thoughtful and evocative imagery, such as the ones found in the song "Silver and Gold," seemed to have a kind of weightless quality that made the words float and become engrained in my mind's eye. 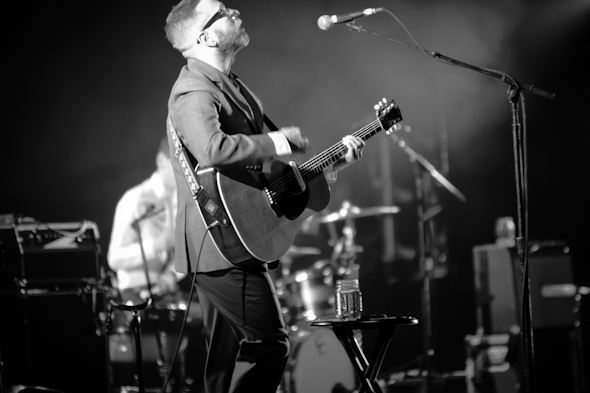 For the most part, the soft-spoken Green limited his on-stage banter to thanking the crowd for coming to see him. During a brief interlude between songs, however, an audience member in the upper balcony declared her love for the frontman by screaming at him. The singer jokingly responded by saying, "I'll be honest, that was a pretty scary to say that. Maybe say that a little softer?" Like almost everything Green did that night, the comment was greeted with applause. 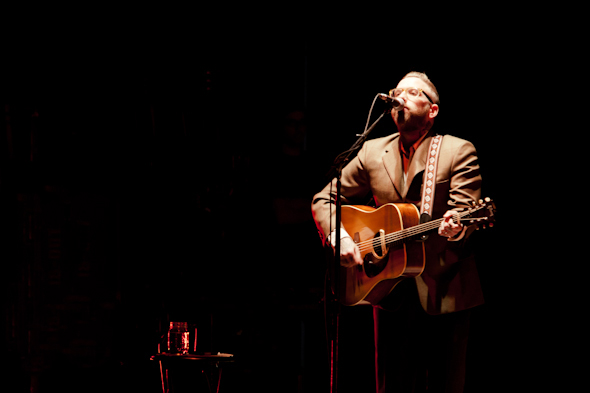 Later, during "What Makes a Man," the singer would go on to enlist his father and friend, both of whom where taking in the show from the ground floor, to help lead the audience in a sing-a-long. Green remarked that the song required him to sing two parts during the chorus, but as he was not Justin Bieber, he contended that he could not achieve such a feat. With the audience's help, "What Makes a Man" turned out to be one of the many highlights of the night.

Afterward, Green was rejoined by the rest of his band and the group continued playing for an additional hour. All told, the group played an expansive two hour set that struck the right balance between new songs and old fan favourites. 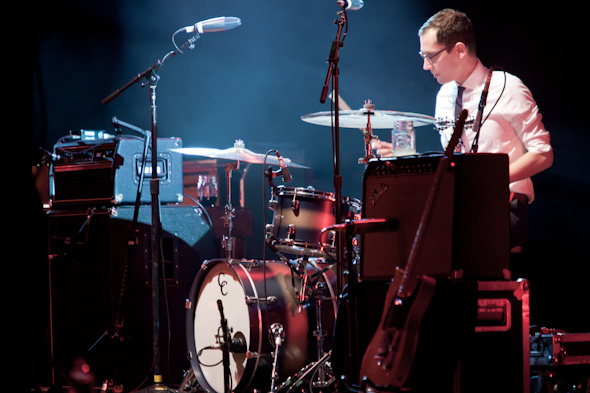 After such a lengthy sixteen song set, Green returned to the Massey Hall stage to play three additional songs. Before starting "Body in a Box," the first song of his encore, the singer requested that the audience stop taking pictures, updating their Twitter and Facebook profiles, and simply take part in the moment.

For my part, I honoured his request by committing the rest of my notes to memory. The person next to me decided, after video taping the majority of the concert with his iPhone, to finally put away the phone and enjoy what little was left of the night. Even if it was only for a brief moment in time, Green managed to persuade his audience to set aside their personal lives and take part in a collective moment. And that is a rare feat indeed.

Comin' Home
The Grand Optimist
Waiting
Hello, I'm in Delaware
Weightless
Against the Grain
Silver and Gold
What Makes a Man
We Found Each Other in the Dark
Sleeping Sickness
Constant Knot
Little Hell
The Girl
As Much as I Ever Could
Fragile Bird
Hope for Now