Anamanaguchi gets 'em animated at Wrongbar

When the temperature drops people tend to hide in their apartments, which was evident in Parkdale on Saturday night as I made my way to Wrongbar. Once I got to my destination, however, it seemed as though I'd found where everyone was hiding. All the kids had braved the cold and come out early to catch Anamanaguchi with Extreme Animals and Toronto's own Moon King. Cloaked in neon with smiles pasted on their faces, the crowd danced happily to the indie chiptunes (hyperlink not a condescension, I had personally never heard the word before). 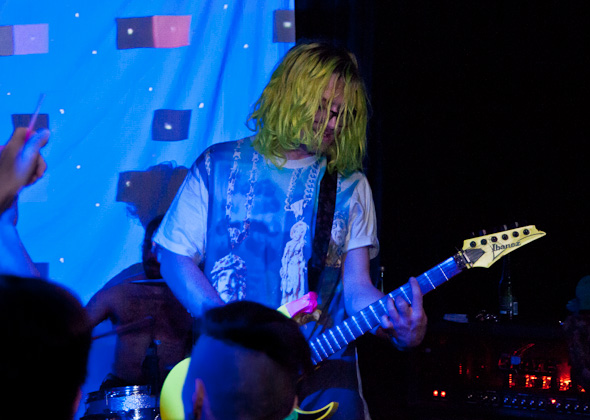 Anamanaguchi employs a hacked 1985 NES, and coupled with live drums, guitar and bass, produces highly energetic pop music. The combo of traditional live instruments with synthetic sounds keeps them out of the strictly electro sphere, I think, and added a dose of energy to the room. 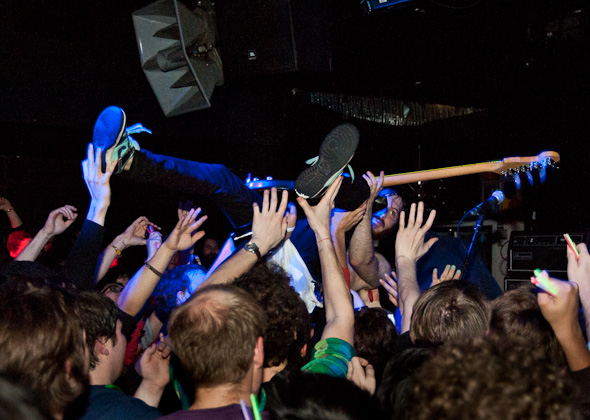 Choppy visuals of static played behind the band while crowd surfing went on in front, and the whole room jumped and clapped. This constant movement added to the momentum of their fast-paced songs and was rather infectious. With no vocals to hide behind or to draw attention from the instruments, it was clear Anamanaguchi are proficient musicians. 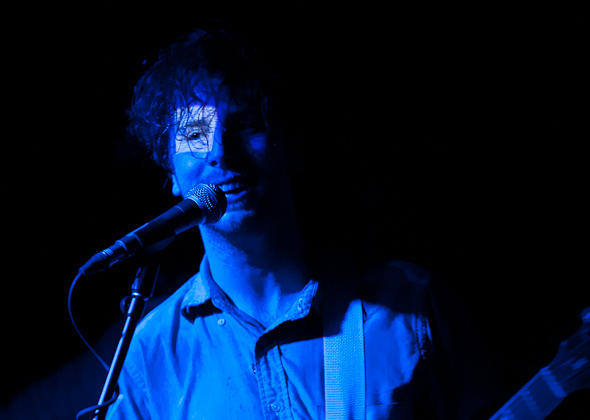 The band whizzed through songs from 2009's Dawn Metropolis ending with 2010's hit, Airbrushed before being coaxed back out for an encore, which consisted of a single song, the epic, eight-minute long "Mermaid." It starts off sounding something like metal meets classical before a disco drumbeat is added. Nearing the end, it straddles a bizarre line between sounding like the music during the shower scene in Psycho (overheard: "This sounds like a horror movie!") and well, a video game adaptation of Psycho.

Afterwards, the floor strewn with glow-sticks, everyone seemed reluctant to leave â it was only 10:30 p.m., after all. A small crowd still gathered at the stage trying to get the band's attention with someone repeatedly shouting out "Scott Pilgrim!" (The band provided the soundtrack to Scott Pilgrim vs. the World: The Game, which was an absolutely perfect fit). 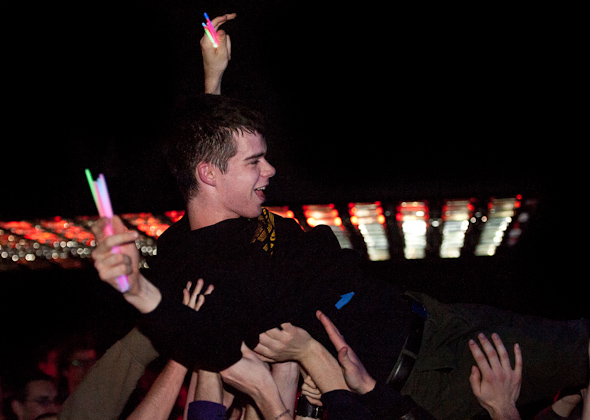 Yes, they are a pretty fucking nerdy band, and maybe you'd be a bit nerdy too holed up in an apartment listening to them alone, but getting out and braving the cold to catch them in a packed room full of happy people turned out ot be pretty fun.