When the Fleet Foxes took to the Massey Hall stage on Thursday night, they did so only with their instruments, ample talents, and masterfully constructed songs — a stark contrast to the massive production U2 brought to town earlier this week. It was a reminder that sometimes all that's required for music to be great is (as Bono himself was once fond of citing) "Three chords and the truth." 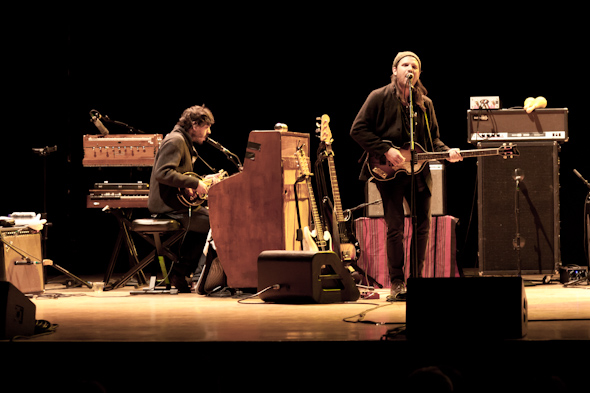 What would eventually become an almost two hour performance saw the band start their set off with the instrumental track "The Cascades" before moving onto "Grown Ocean" and "Drops In The River." "Drops In The River" was one of two songs the group played from their superb Sun Giant EP, and judging from the conversations I overheard after the show, I wasn't the only one who enjoyed their inclusion. Also on the set list from that EP, to the delight of pretty much everyone in attendance, was its standout track, "Mykonos."

One the many strengths of Thursday night's performance was that the band covered so much ground with the selection of songs they decided to play. For all intents and purposes, they almost went through their entire catalogue (the full set-list can be found at the bottom of the article). 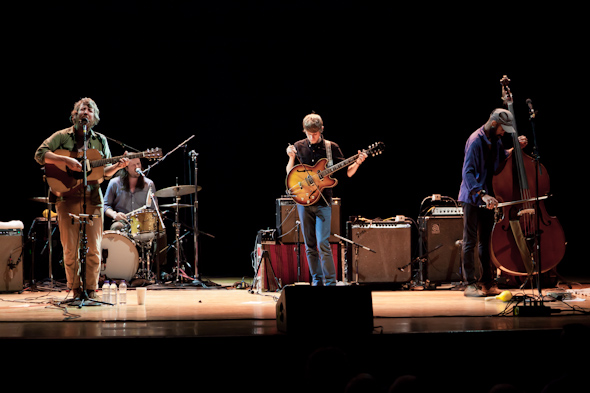 At first, it was difficult to pick up Robin Pecknold's vocals — and the group's wonderful harmonies — because of an imprecise mix, but as the set progressed, the problem was resolved and Pecknold's voice began to soar to the heights of Massey Hall. The night was filled with many virtuosic and reverb-tinged vocal performances by the 25-year-old singer, but the standout was delivered during the encore when Pecknold performed a solo rendition of "Oliver James."

That's not to say that his bandmates were any less spectacular, however. Throughout the night, the rest of the group delivered both strong vocal and instrumental performances, leading one audience member to yell out "your harmonies are fucking perfect!" Not the words I would have used, but he had a good point. 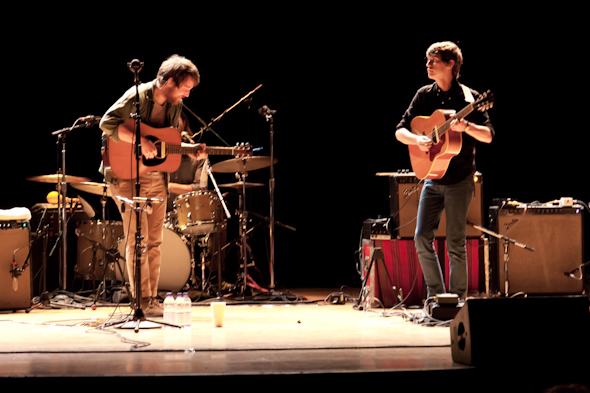 Pecknold, despite the fact that he suffers from social anxiety, turned out to be a charismatic and charming frontman. Although he didn't exchange too many remarks with the audience, what he did and said resonated with the crowd. For instance, in the break between "Blue Spotted Tail" and "Blue Ridge Mountains," Pecknold began to play the opening chords of "You're Beautiful" by James Blunt as a joke — much to the chagrin of his bandmates. Pecknold asked the audience to forgive him for his "chord pollution," and the band's drummer, J. Tillman, said he was thankful that it was "impossible to do anything tasteless with drums." In response to this statement, the audience started to yell for Tillman to do a drum solo, and he was about to launch into one, but thought better of it and ended it before it even really began. Clearly, a missed opportunity.

During "Sim Sala Bim," "White Winter Hymnal" and "Helplessness Blues" the audience joined in the music-making by adding their rhythmic claps to the proceedings. This culminated with two standing ovations for the band, which, it must be said, was the perfect send off given the intensity and, dare I say it, honesty of the performance.