What better way to start a day of coverage than a JÃ¤germeister barbecue! Playing the barbecue was six artists, including the Bouncing Souls and the Flatliners. Later on, I headed over to the El Mocambo to catch Amos the Transparent and then it was on to Sneaky Dee's to catch the Great Bloomers. No let downs all day!

Although the JÃ¤germeister barbecue was an invite-only event, the Cadillac Lounge was still packed. The whole place was absolutely decked out in Jager swag - banners/posters everywhere, JÃ¤germeister snow cones, and the netorious "Jager-Girls," who hosted the event. But, thankfully the centrepiece of the show was still the music, with solid sets from the various bands. 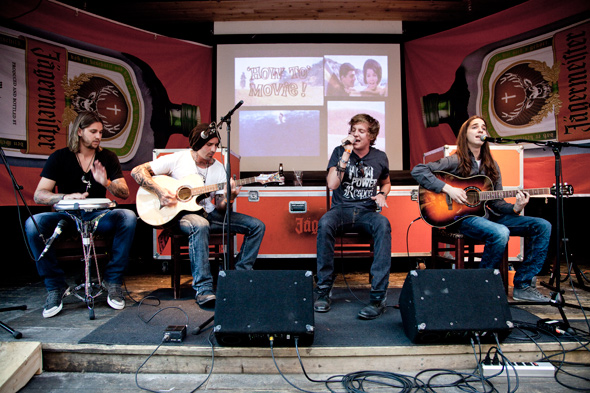 Six bands performed — three acoustic acts on the balcony and three electric acts inside. The first I saw that afternoon was Bleeker Ridge. Although they're not a band I would normally listen to (a little too "MuchMusic" for me), I was entertained by their set. The lead vocals were extremely strong and their songs worked well acoustically. A few things I found entertaining: the guitarist loved smoking, it was too loud for the vibe of the BBQ, and the way one of their songs was a "big middle finger" to a single ex of two of the members. 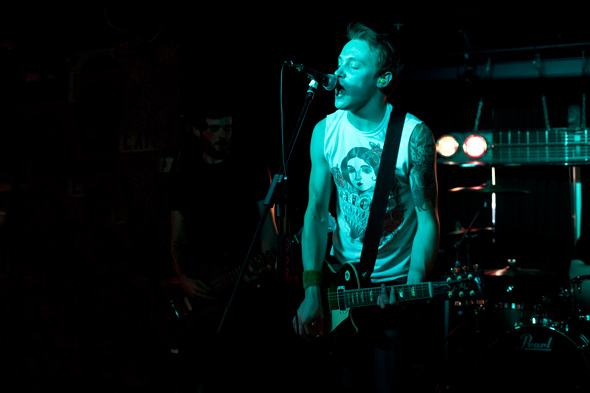 I feel like I'm the only person to have never heard The Flatliners before seeing them. Although I'm not too into the punk/ska thing anymore, I really liked these guys! They had a lot of energy and their songs are super catchy. During the set, the frontman proclaimed that "he was the drunkest there" and that they had an JÃ¤germeister motorcycle escort to the venue - rockstars indeed. 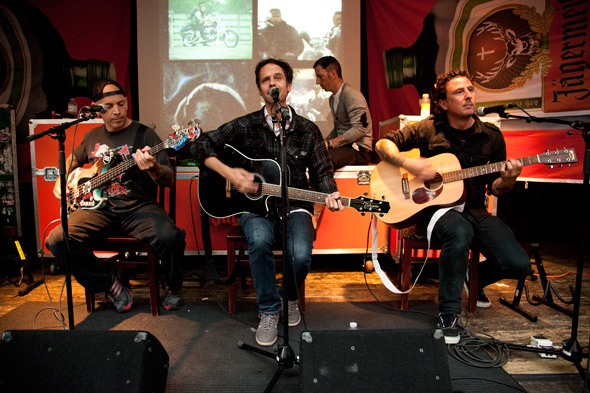 This was cool. Seeing a punk band like The Bouncing Souls perform acoustically was interesting. The crowd was definitely the most excited about their performance, which was clear through the enthusiastic singalongs. They successfully kept it intimate asking the crowd to shout out requests — although they wouldn't play some on account of it "not being loud enough." Requests included Say Anything, a Misfits cover and Hot Water Music's Wayfarer. 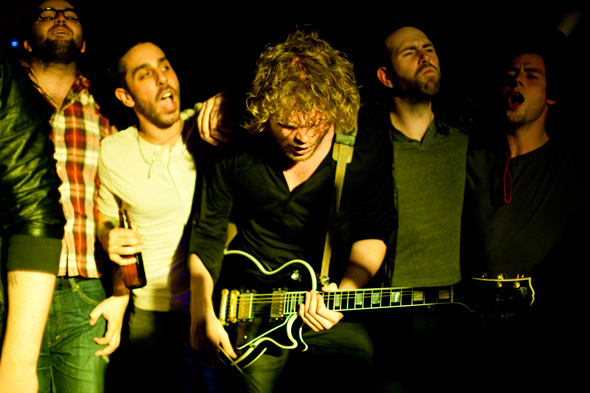 After shooting Stars (see post here) I ran over to the El Mocambo to check out one of my favourite bands Amos The Transparent. Amos brought their usual energy to the stage. The crowd was into it, and their new songs sounded better than the last time I saw them. Of corse they ended their set with the crowd favourite Greater Than Consequence leaving everyone chanting "I was meant to go alone!". See my review of their last Toronto show here. 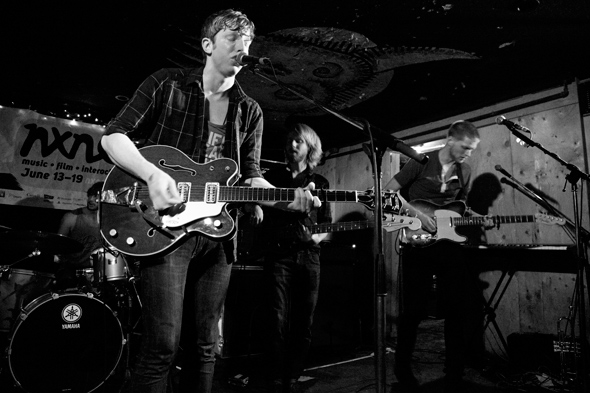 Post-Amos I headed over to Sneaky Dee's to catch The Great Bloomers. I've been listening to their album for a few months now and was definitely not let down by their live performance. The Toronto band killed it — they rocked their folk/rock songs with a lot of energy, which was felt throughout the room. The crowd was singing along to most songs and I've never seen such a rowdy crowd for their style of music — did I actually witness a happy-folk mosh-pit? Sweet. 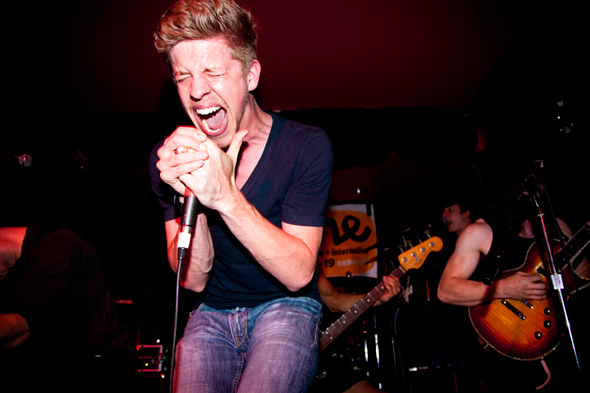 I hate when a show is ruined by the venue. I'm a huge fan of Today I Caught The Plague, and Cherry Cola's completely ruined their set with horrible sound. On Thursday night I was particularly excited to hear their new material off their new album, Lore. It's possible the venue could simply not handle their fast, technical metal. There was also a girl that looked like she was twelve dancing in her underwear in the wall - Cherry Cola fail. I expect better things from their upcoming show at the Bovine on July 8th.

Writing and photos by Dylan Leeder.