The Wood Brothers warm up the Mod Club

Is there anything more welcome than the warm sounds of a southern-fueled blues trio on a truly chilled Toronto evening? I don't think so. It's hard to imagine any better band to soothe your soul and warm your bones than The Wood Brothers.

Though they hail from Atlanta, the sound the brother's conjure is straight outta Virginia. When I close my eyes and listen to The Wood Brothers, I'm instantly transported to that perfect summer day, enjoying a drink on my porch with some good friends or simply basking alone in the sunshine. The fat bass lines of Chris and the smoky vocals of his big brother Oliver managed to take me back to these perfect days - the only shame was the sun disappeared after two short hours. 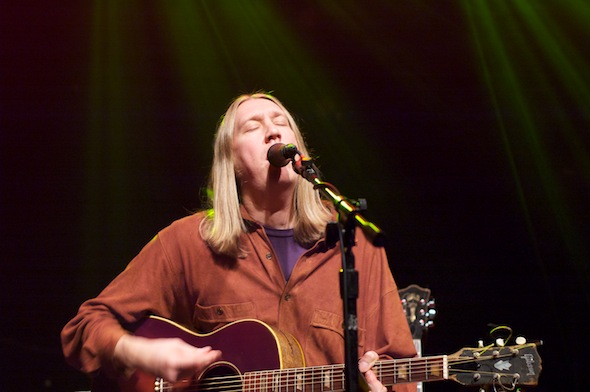 The Wood Brothers really seems to be a vacation for Chris. He's much better known for his work and his founding member status in the seminal jazz-jam band Medeski, Martin & Wood. On stage with his brother Oliver and Canadian drummer Coco, Chris appears much more at home and relaxed, and the music really reflects this.

Wednesday night's show at The Mod Club was a perfect mix of both old and new tunes. The feel good sounds of "Loving Arms" from 2008's Loaded balanced nicely against the fast-paced, acoustic blues of the newer "When I Was Young" and the shifting rhythms and tempos of the funky "Shoefly Pie".

While Chris' bass work sat properly in the background of the slower numbers, the true elasticity of his style couldn't have been more prominent and more welcome on the bluesy songs. Beautifully tempered against the colourful drumming of Coco, Chris' bass playing can leave you mesmerized if you stare at him for too long. 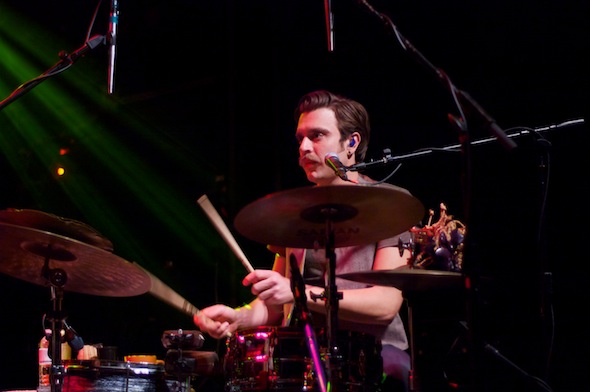 Later in the set, Oliver introduced "Postcards from Hell", a song about a man who plays the blues so well that he must have sold his soul to the devil, as a true story. It's hard not to take him at his word. Honestly, what true guitar enthusiast doesn't believe that mind-blowing guitar legends such as Jimi Hendrix, Eric Clapton and even Robert Johnson didn't work out some deal with Satan himself to play the way they played (and currently play)?

The night was not without its hiccups however. The band faced some unfortunate technical issues during a particularly swampy and slowed down version of "Pray Enough". Oliver's mic seemed to blow out, but rather than ruin the song, it prompted some extended lap steel soloing from opening act Clay Cook who had recently joined the band on stage. Oliver even rose from his chair like a man blessed by a miracle to rip a short yet tasty solo. 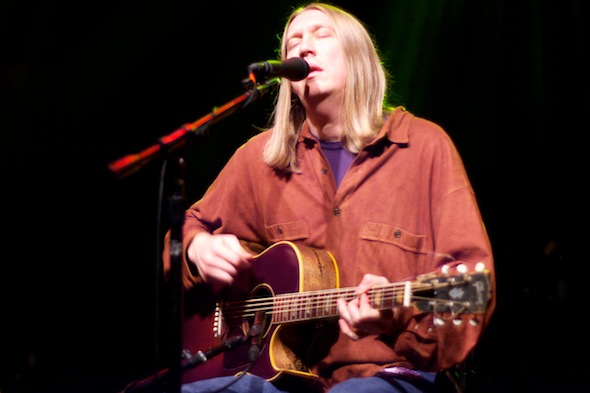 Strapping on his capo for the last time, Oliver slowed things down for The Wood Brothers' signature encore tune, "Luckiest Man", encouraging the audience to sing (but not clap) along to this one. Leaving the stage shortly before 11pm, The Wood Brothers proved that a cold winter Wednesday could easily be transformed into a perfect, warm night. All it takes is the right music. 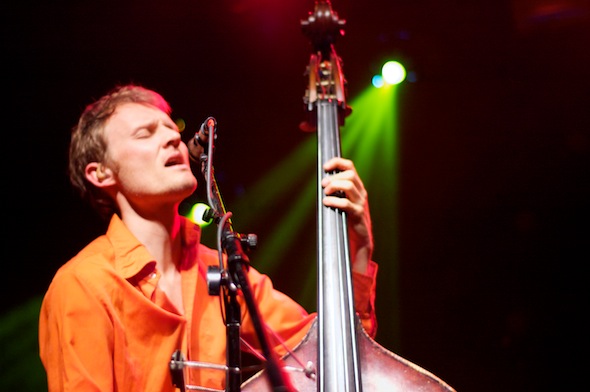