Liz Worth Excavates Toronto's Punk Past

It was obvious at the launch party for Liz Worth's Treat Me Like Dirt: An Oral History Of Punk In Toronto And Beyond that the author had a success on her hands, as copies of the book sold out before the night's entertainment had even begun. What was just as obvious was the age of the crowd, most of whom were probably in the crowd at the Viletones, Diodes, Secrets, Curse and Demics shows that were the main event for the scene Worth wrote about.

Even more in evidence was their eagerness to heckle anyone onstage; Damian Abraham from Fucked Up, who interviewed Worth about the book, was an irresistible target, and it was clear that anyone who didn't make it onto the pages of Worth's book - and may who did - were as unwilling to be silent now as they were back then.

"That didn't surprise me at all, because punk history is all about that," Worth recalled a few days later. "I always thought of punk as a great equalizer, where everyone's involved somehow. At these shows, there was just as much show going on in the audience as on the stage, right?"

For her part, Worth had to imagine what the scene in Toronto - and Hamilton and London - was like over thirty years ago, as she was only 24 when she started interviewing people for Treat Me Like Dirt four years ago, after discovering her hometown's brief but vivid punk scene in her teens, after reading the late Daniel Jones' relentlessly grubby novel 1978 - the inspiration for her own book. Imagining Queen Street West in the mid-70s took a bit of work, but Worth insists that connecting with Toronto's past is something we do all the time, since constant, often remorseless change is part of the city's nature, for good or ill. 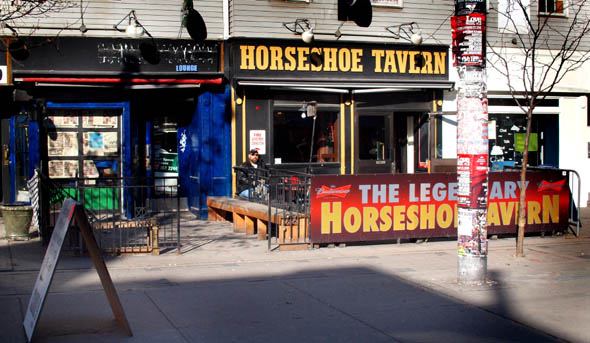 "It's weird - I grew up in south Etobicoke and the thing about Toronto is it's always changing. When I used to come down to Queen Street when I was a teenager in the 90s, it's completely different now from what it was like then. Toronto doesn't hold on to its past - we're used to seeing beautiful old, worked-in buildings torn down and then they put up a glass condo. That happens all the time, so I don't think it's all that hard for a Torontonian to imagine Toronto in another decade, because we're always reimagining Toronto, always trying to think 'What used to be here before?' We always have to keep the past in our heads all the time because the city is changing all the time." 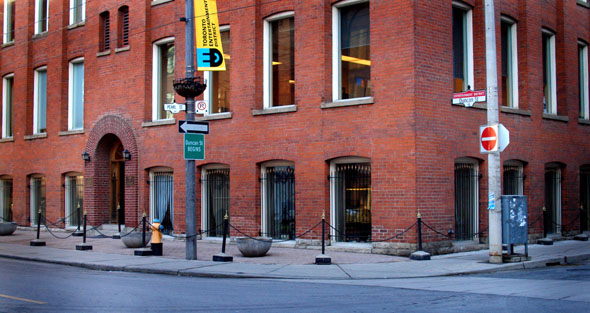 What made it especially difficult was the briefness of the scene itself, as clubs like the Diodes' Crash 'N' Burn, David's and the Horseshoe only did business for a few months, and so many of the shifting lineups of bands went unrecorded. The Horseshoe is still doing business, but the Beverley Tavern is now a franchised Asian restaurant and the Crash'N' Burn is an office, while the David's and the Colonial have disappeared entirely from the streetscape. "At first it was challenging to piece all of these things together because the thing about the Toronto scene is that it was a moving scene, in that every venue they had was taken away from them somehow."

"They all lasted a very short period of time - from the Colonial Underground to the Crash 'N Burn and then to David's, and then David's burned down. That never happens - how often does a venue burn down? It was very dramatic the way things came to an end, like with the riot at the Colonial. It has to be real because you couldn't make this up - if this was a novel people would think it was over the top and they'd never publish it." 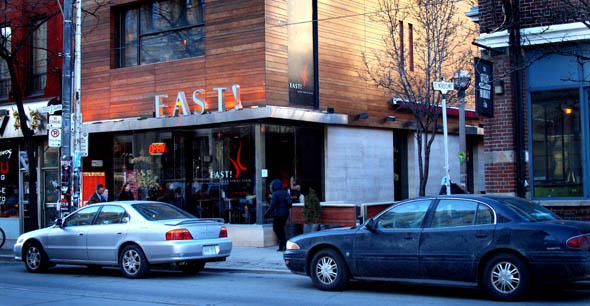 There's also the fact that a band like Fucked Up, who are open about their love of the bands Worth writes about, have been able to record and perform far more easily than any of them, and someone Worth's age has probably never had to try as hard to see bands or find records as it was back then. "It's hard because I feel that we're so saturated with - I don't want to be mean - but with a lot of music that doesn't matter. I think it's because it's so easy to put out a record, and we have the internet, which makes it so easy to buy anything you want now. Technology has changed a lot, and it's a lot easier to get your stuff out now, but that doesn't make the music better, right?"

"I feel like we live in a strange time where everything is everywhere, and I don't know if anything matters. I don't think there are many bands now that we'll talk about thirty years later, the way there were thirty years ago."