Radiohead, Nirvana and Pink Floyd on The New Classical 96.3 FM?

O'Riley is an accomplished pianist whose entire album's worth of Radiohead songs, True Love Waits got four stars from Rolling Stone. It's refreshing to hear these songs interpreted this way. And hey, maybe it'll even win over a few new fans from the die-hard classical music listeners.

Seeing O'Riley at the piano dressed in black jeans and a black ribbed turtleneck sweater, it's perhaps fitting that he'd be the new poster child for The Boomer Generation typified by Znaimer's new vision. 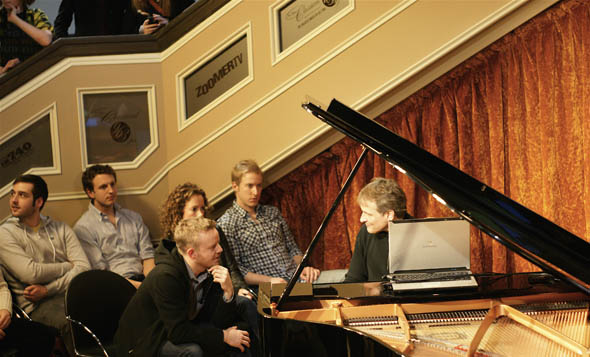 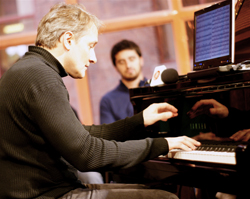 I asked O'Riley what artist's work he'd like to cover and arrange for piano that he hasn't yet done.

He also said he'd love to do anything by Bob Dylan. And maybe something by The Cure.

O'Riley is reviled not only for his modern interpretations of repertoire by Stravinsky and Ravel, but also Nick Drake and The Smiths. He's also known for hosting the National Public Radio show From the Top.

There were lots of cameras to take in the Live From 96.3FM Concert Lobby performance, which was streamed live to air on the radio station's website. 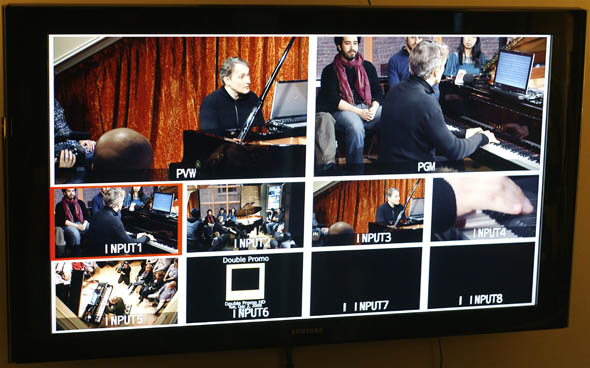 I'd prefer to hear Paranoid Android covered by another singer, like Steven Page did during a concert last summer with the Art of Time Ensemble.

But the songs do lend themselves well to these new arrangements with lots of contrapuntal melodies, as O'Riley pointed out while interviewed between songs. 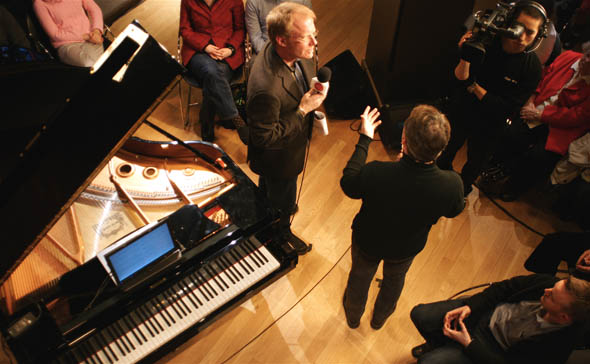 Would you be more inclined to listen to a radio station that played classical music if they threw in some covers of a few alternative pop artists into the mix? Regardless, this is music that is meant to be heard in a concert hall. 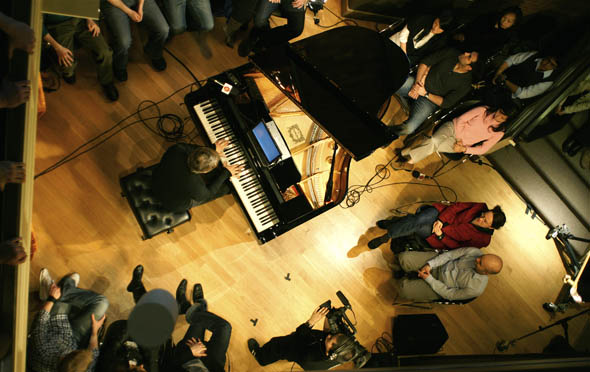