One Hundred Dollars Shine at Wavelength

The Wavelength 450 music series got underway on Saturday night around nine, with music from the Elemental Choir, The Luyas, Hooded Fang, Brides and finally, One Hundred Dollars. Almost every band had the crowd shakin' it at the front of the stage, but One Hundred Dollars shone through as the best act of the night.

The Polish Combatants Hall is easy to get to, and the beer is cheap and tasty, but when I first walked in the doors, the place had a high school auditorium vibe about it, from the folding chairs lined up in rows to the big red curtains on the stage. Plus, it didn't help that everyone else seemed about six years younger than me. The only difference between the atmosphere here and at a high school dance back in '98 was that no one was hiding booze in their jackets. All was forgotten, however, when Toronto's best country act, One Hundred Dollars, took over the joint at midnight. 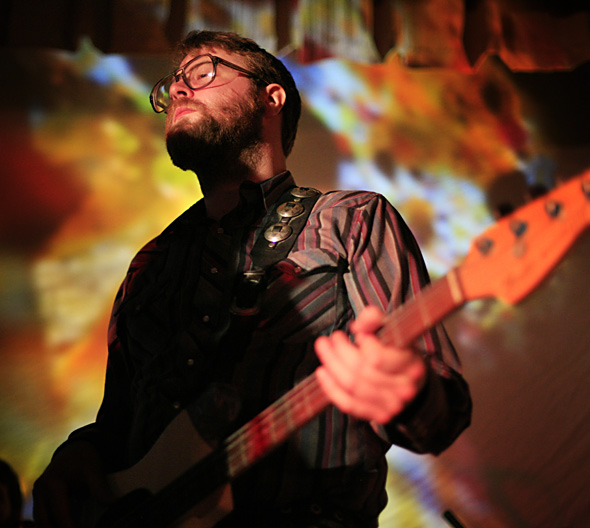 One Hundred Dollars are pure country, but without all the twang and cheese that sometimes turns me away from the genre. Clearly, the band has chosen to play what they know and love, and they do it well, incorporating personal, and sometimes painful experiences in many of their songs. (The song "14th Floor", from their recently released 7", references the guitarist's battle with leukemia.) Main vocalist Simone Schmidt's songwriting is both charming and heartbreaking, with grand, sweeping themes of love and destitution. Her voice is striking, and amps up the ache and emotion in her lyrics.

Guitarist Ian Russell's style reminds me of Joey Burns of 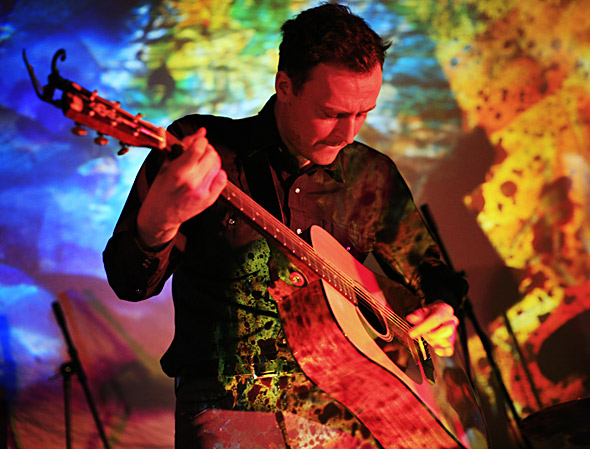 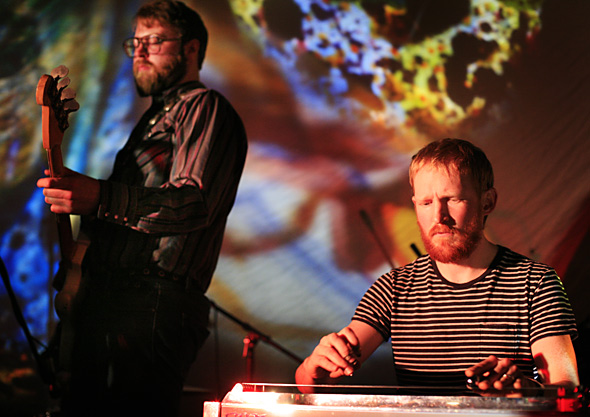 - he plays with a similar finesse. The band is rounded out by Dave Clarke on drums, Stew Crookes (how country does that sound?) on pedal steel, Paul Mortimer on bass and Jonathan Adjemian on organ. Watching them play live, I wanted to kick back and rest my feet on a bar stool and drink something yummy. They're focused intently on getting the feeling and relevance of a song across to the audience, and that concentration pays off. These guys have sold out the Horseshoe and the Dakota Tavern before, but the venue last night just didn't quite do them justice. Such an awesome live act deserves a hot, sticky night in a packed pub, or even outside under the stars in the summertime.

They'll be playing at the Horseshoe a couple of times in March, (with Chad Van Gaalen on the 12th, and Julie Doiron on the 26th), and I'm beyond stoked to see them play in their element. 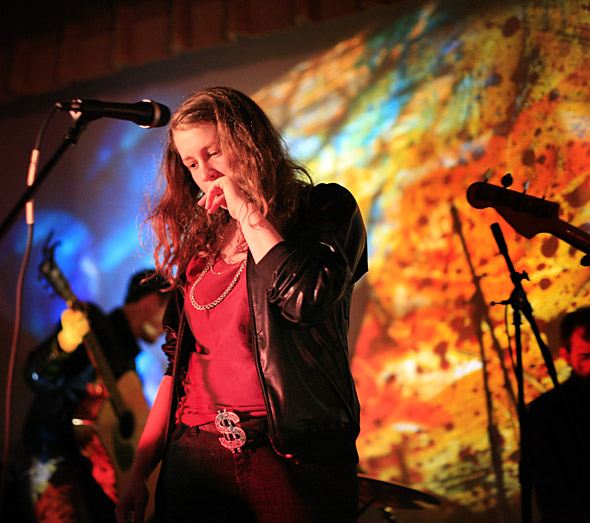 I also want to ask Simone where she got that slick leather jacket.