Last week I received an email from DjZedVantz, a local hip hop DJ/producer who just completed a unique mix called Turntable Jazz. I was curious when he mentioned that the mix was attracting some attention in Europe while no one here in Toronto seemed to know about it.

We like to fight the good fight here at blogTO so I downloaded the mix and instantly loved it. Inspired by Cut Chemist and Numark's classic track "Swing Set" (which appeared on Jurassic 5's album Quality Control in 2000), ZedVantz mixed old jazz records with old school hip hop grooves. It's a great summer BBQ soundtrack and my friends thoroughly enjoyed listening to it up at the cottage last weekend.

DjZedVantz is spinning at a cool 80's throwback party tonight at the Concord Cafe. But why Zedvantz? What's he all about and what does his sound have to do with your grandmother?

Keep reading for the complete interview.

blogTO: Why are you called DjZedVantz?

DjZedVantz: That name was given to me by Hal Johnson & Joaane McLeod from "Body Break".

Where are you originally from and where do you live now?

I was born in Madison Wisconsin but I've lived in the Toronto area since I was 4 years old.

How would you describe your sound?

Your grandmother's record collection in a blender.

Why did you decide to focus on jazzy sounds for your mix? Do you always spin this style?

No, I play everything from Tom Waits to NWA. As for the Turntable Jazz mix, I wanted to put something out there that was different. something that would appeal to all generations.

What are your 5 favourite records?

Do you spin vinyl or do you use Serato? Do you have any opinions on vinyl versus mp3 for DJing?

I used to be against it, but arguing against serato these days is pointless. It's amazing, convenient, and pretty much all the top dj's are using it. If you're a skilled dj then I don't care if it's vinyl or Serato. If it's all current club shit then it doesn't really matter because most of that stuff isn't getting 12 inches these days anyways. You need Serato to keep up. If it's someone who obviously doesn't know what he's doing and just playing songs off his laptop then he's a "Herb". Skilled DJs are still skilled DJs on Serato. I rarely buy new stuff on vinyl anymore but still go digging for samples/breaks. The vinyl I'm interested in buying is mostly for my own personal collection anyway - not for the clubs. Nothing beats vinyl when it comes to scratching though.

What do you like best and least about living in Toronto?

People tend to have respect for the arts and appreciate all the talented graff artists, b-boys & DJs we have in the city. Whatever your into there's a place to go. Too much traffic though.

Where is your favourite place to enjoy the sunshine?

Do you have any official releases in the works? Have you been approached by any labels?

I've been in talks with a few small indie labels about remixing their catalogues. nothing's set in stone though.

What can people expect to see/hear/feel at your July 18 show? 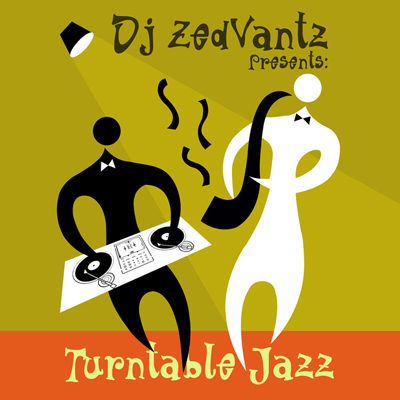 Call & Response is a weekly series of Q&A's with artists from or playing in Toronto. Photo: Yvette.S.