There are a ton of big-name celebrities staying in town right now as they shoot various film and TV projects across the Toronto area, including comedian Kevin Hart, who is starring in the blockbuster The Man From Toronto.

Hart and co-star Woody Harrelson have been spotted around both downtown T.O. and nearby Milton in recent days as they film key scenes that include epic stunts ranging from dramatic shootouts to huge explosions.

And while most of us would love to have a chance run-in with any of the movie's actors, resident fan Sunny Rabbani has decided to go above and beyond in his attempt to meet Hart: He actually paid to have a billboard erected with the celeb's photo and a personal message.

"Yo Kevin," the giant poster reads. "I heard you're in Toronto. I'm a big fan. Can I take a selfie?" It then provides Rabbani's phone number and the handle for his popular YouTube channel.

He went on to film an Instagram story showing off the new ad, which is located at the Bramalea GO Station at Steeles and Bramalea. (Hart himself was actually on set a mere 20 minutes away at another GO station earlier this month.) 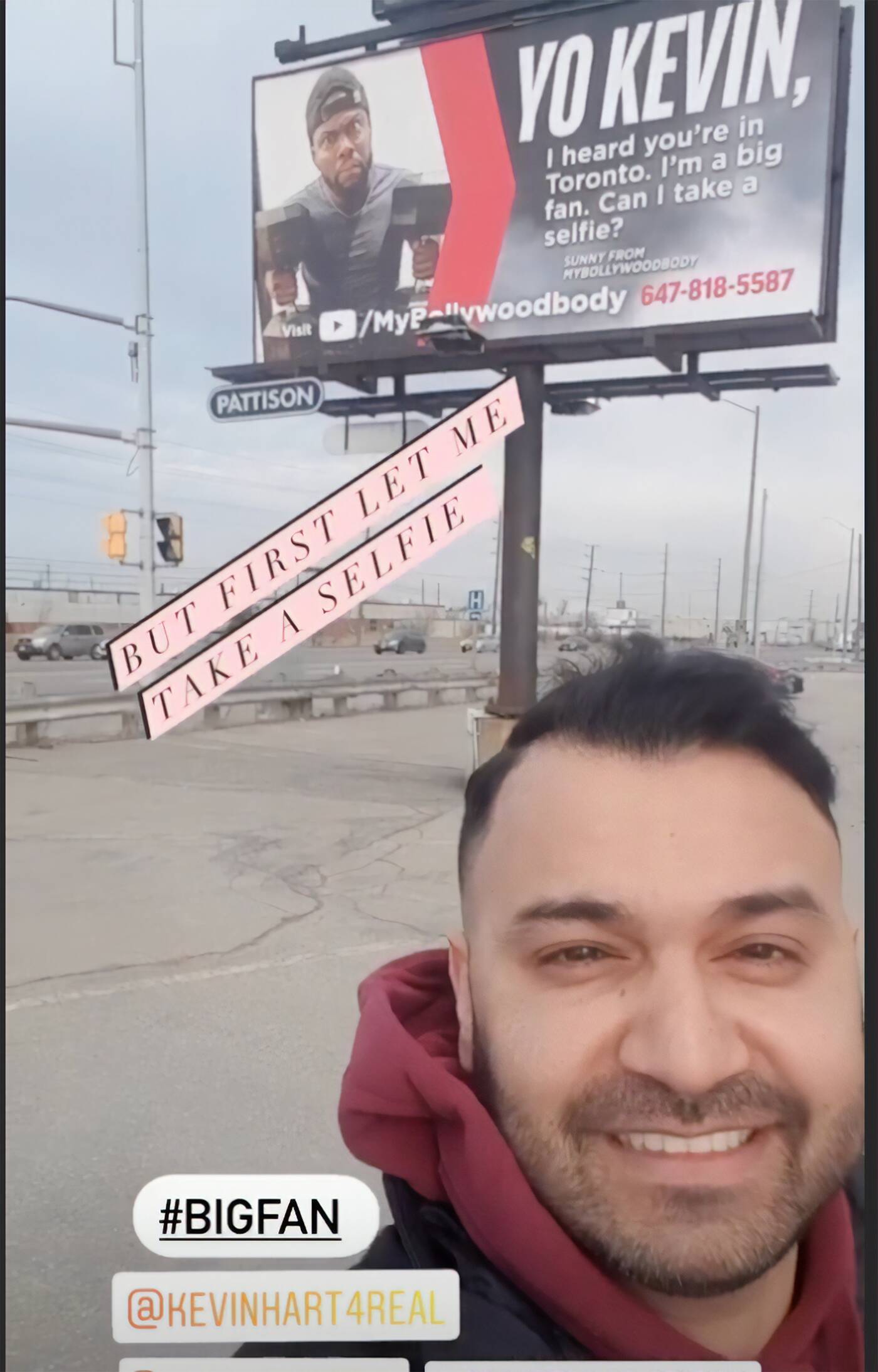 Kevin Hart's biggest fan tagged the celeb in an Instagram story showing off the new billboard he put up to try and meet him.

"What better way to reach out to you than putting you up on a billboard?" Rabbani says in the video, the billboard in question serving as the backdrop. "Now you are not only on Times Square, but Brampton, Ontario too!"

Rabbani, who is the proprietor of Brampton fitness centre My Bollywood Body, says the billboard will remain up for four weeks, and cost him a whopping $3,000 — some serious dedication.

"I wanted to reach out to him but didn't know how to," he told blogTO. "So I thought why not put up a billboard. Maybe somehow he comes across it and messages me and I can see him."

So far, the response has been strong, with well-wishes coming in from friends and family who saw the stunt and thought it hilarious and clever.

Lucky for Rabbani, not only is his billboard pretty unignorable, but he's got quite the social media following himself, so there's a good chance his tactic to meet Hart might actually work out in the end — one does have to pass Brampton on the way to Milton from Toronto, after all.