Toronto yoga instructor JP Tamblyn-Sabo hasn't had a haircut for more than 20 years, but that is about to change.

JP and his wife Michelle Tamblyn-Sabo have owned Ahimsa Yoga in Toronto for more than ten years, and during this time JP has been known for his long, long dreadlocks.

"My last hair cut was in 2000," JP tells blogTO. "And I think my dreads went in about three years after that."

His hair has become a trademark. 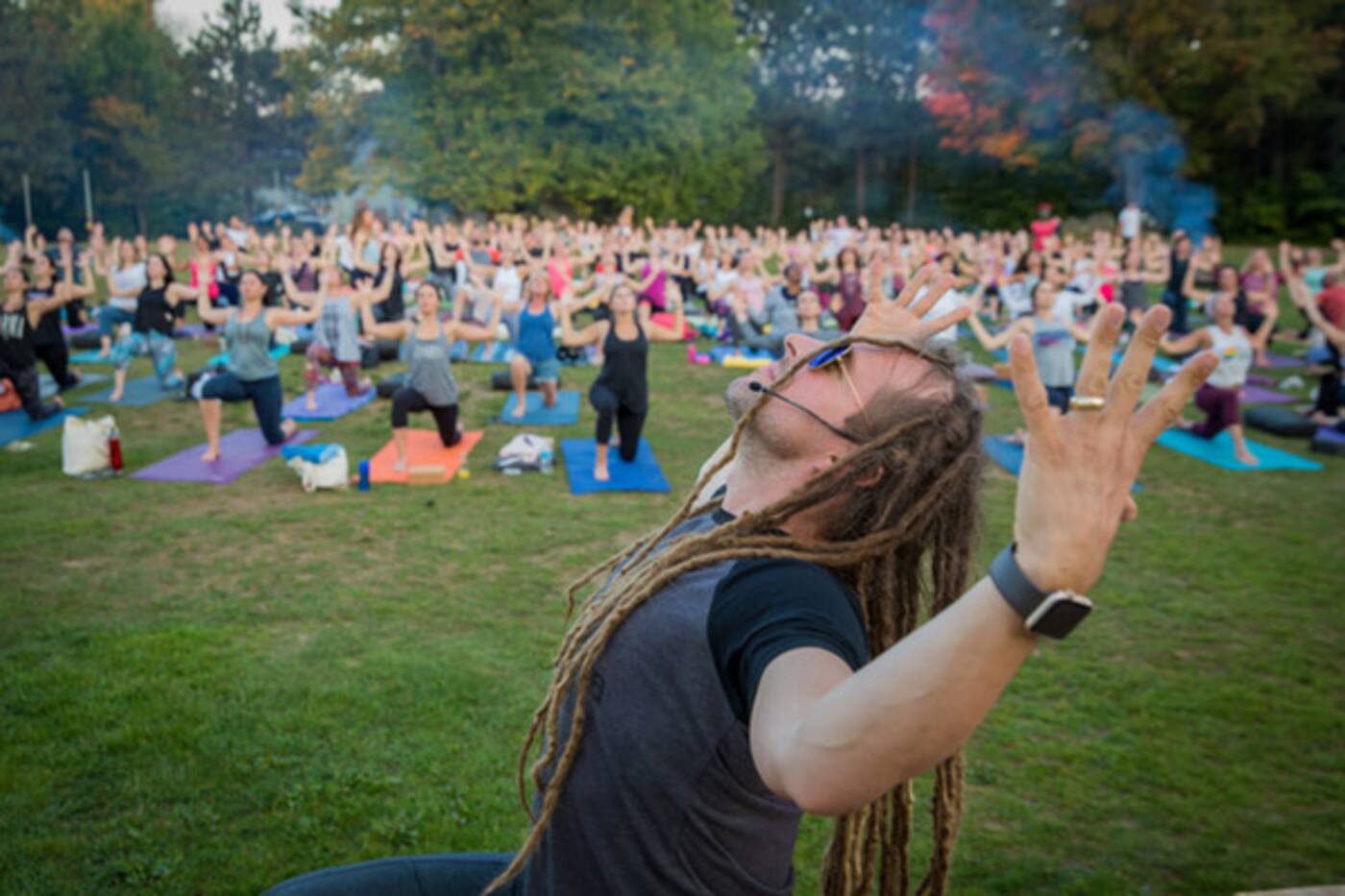 JP Tamblyn-Sabo is known for his long dreadlocks.

"People have asked me 'are you ever going to cut your hair?'" says JP. "People get so used to me being like this that they can't imagine me any other way. They ask 'would you ever cut your hair?' and I always say, 'if I ever have a good reason, I'll do it.' And I never really had a good reason."

But now, JP plans to cut his dreads on Oct. 15 to raise funds for the Native Women's Resource Centre of Toronto.

The idea came after pandemic lockdowns got JP thinking about how fortunate he is, living in a home just outside the city with his family.

"I've got my wife, my two kids, home out in the country, we got lots of space," he says. "And I'm thinking about how some people are just not in that space at all. Some of the apartments I used to live in downtown, it would be a completely different 18 months if I were in that one-bedroom apartment."

Then the news broke about so many unmarked graves at Canada's residential schools. He thought how much harder the pandemic was for people dealing with this additional trauma.

The Native Women's Resource Centre is a great local organization that supports Indigenous single moms and kids who have been negatively impacted by COVID-19. 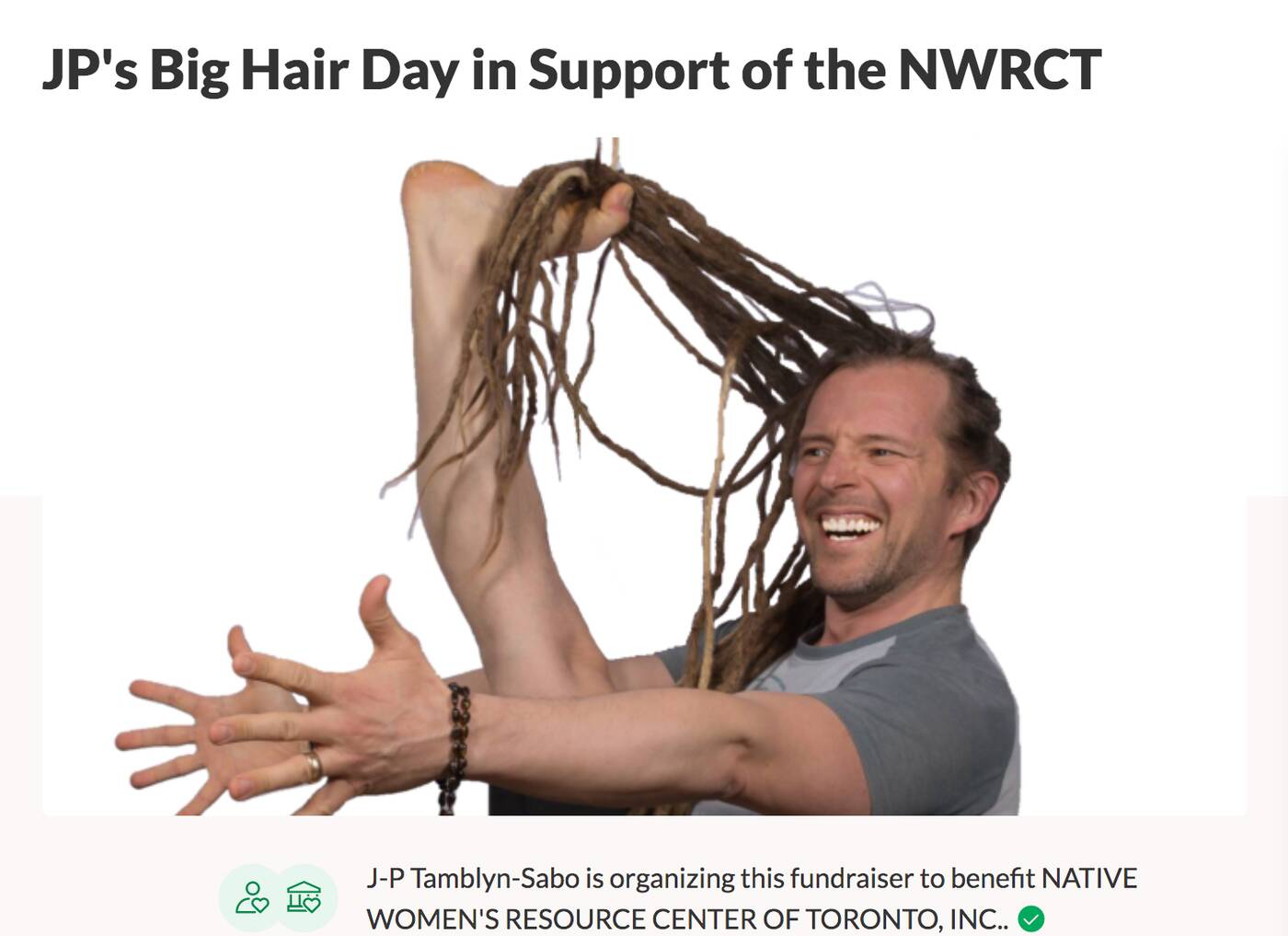 The Gofundme has already raised more than $8,000.

The Gofundme has already raised more than $8,000.

Ironically, JP's wife Michelle is a hairstylist (in addition to being a yoga instructor), and she will be cutting his hair on Oct. 15. The plan is to film the cut and perhaps live-stream it.

JP says he isn't nervous about what will likely be a very short haircut, but it will be a big change.

"So many people, especially in my work life, the yoga world knows me as that guy with a really long dreads," he says. "And that'll be a change. But personally, I couldn't be happier."