If you've been in situations where you found it difficult to tell someone you wanted them to wear a mask, a U of T scientist has come up with the perfect way to do it by creating a logo to go on hoodies, stickers, mugs, tote bags, tees, and of course, masks.

The logo simply reads, in small, flowing script, "Let's end this," with the words "Mask up" in much bolder text below and an illustration of hands putting a mask on. The design was created by a scientist from U of T who chose to remain anonymous for this article.

"I just figured instead of letting people know politely but vocally that their mask was under their nose or that they weren't wearing one, it was easier to point at a logo," the scientist told blogTO.

"People have lost hope this will ever end, but it will end, we've been through this before, we just need to take care of each other by wearing masks, even in crowded sidewalks or inside the office when no one is looking. It's an airborne disease, it lingers."

The enterprising scientist found a local print shop here in Toronto to put the logos on hoodies, which are now available to buy online for $35. They're made to order, so you can just send a message with your colour of preference and size. 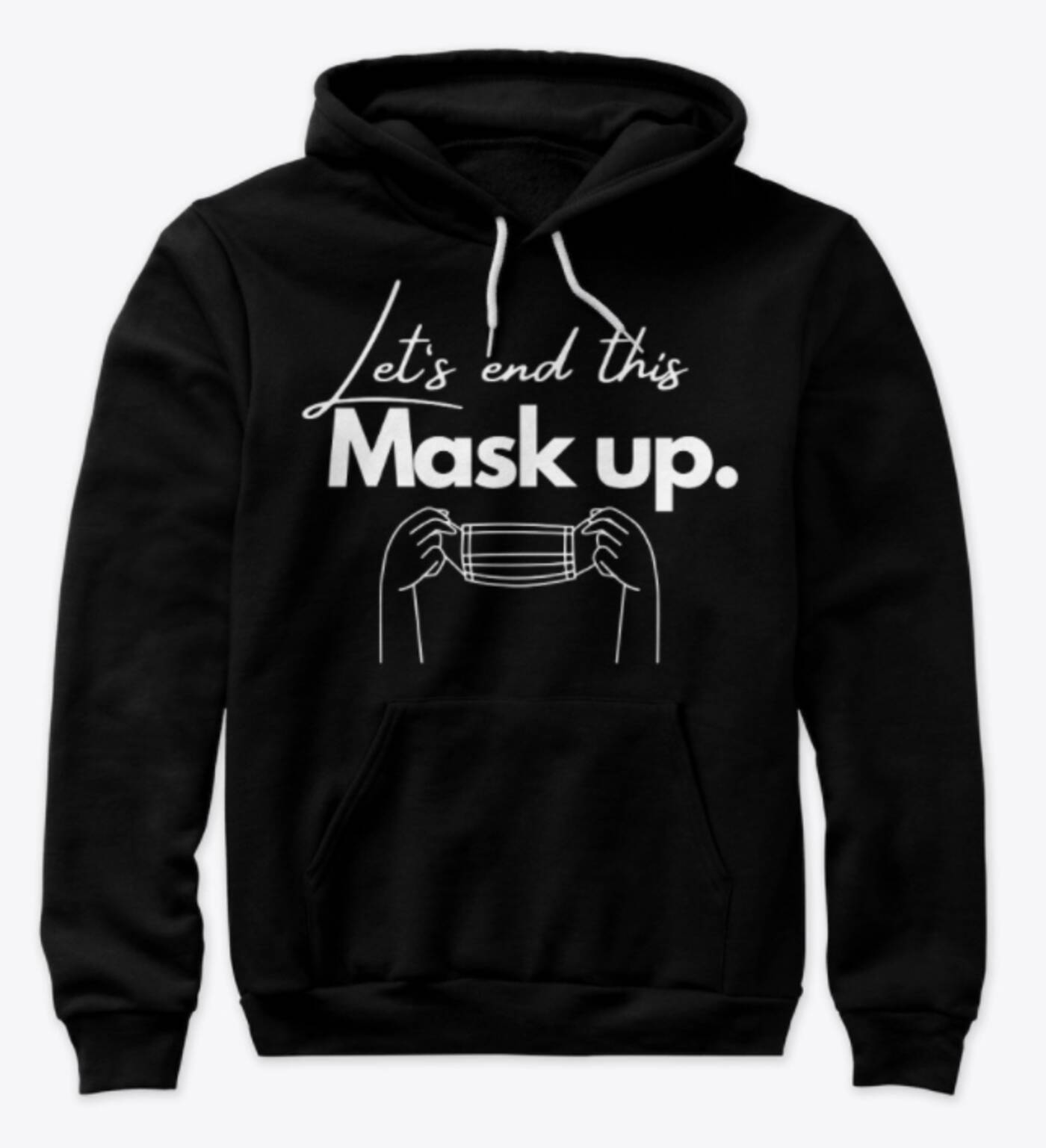 The "Mask up" hoodie created by a University of Toronto scientist. Photo courtesy of the seller.

"Making hoodies is not my job, I'm not even trying to make a profit, that's why they are so cheap. I just want to put my two cents into showing we care, and that we are stronger together," says the scientist.

"I wrote 'Let's end this' because we really need everyone to be able to end this, just a few won't cut it. So I was hoping to write an encouraging reminder behind the simple 'put your mask on,' it's more like, we are in this together, let's help each other out. Mainly written as a parent of small kids, desperate to go back to a world where we can do entertaining things that dont involve Netflix."

When the scientist posted the idea online, people reacted saying the sweater was cute and they were behind the message, though of course a skeptic who was unconvinced a sweater would change anything just had to chime in as well.

"People so far have really liked the logo, some anti-maskers manifesting themselves of course, but that's life, not everyone is going to agree with you," says the scientist.

Right, life. That thing you could save simply wearing a face covering, as has been scientifically proven. Unfortunately for anti-maskers, whether they agree with those facts or not, masks are currently mandated indoors and are a great idea to wear outdoors too in order to stop the spread of the virus. As the hoodie says, mask up.