Someone dressed up as the flooded Toronto Islands for Halloween

Rob Shostak puts on for his city. Literally.

Every Halloween, the Toronto-based designer dresses up as a local landmark or topic of interest. He's been everything from a TTC subway map to Honest Ed's over the past eight years, and not once has he failed to absolutely crush it. 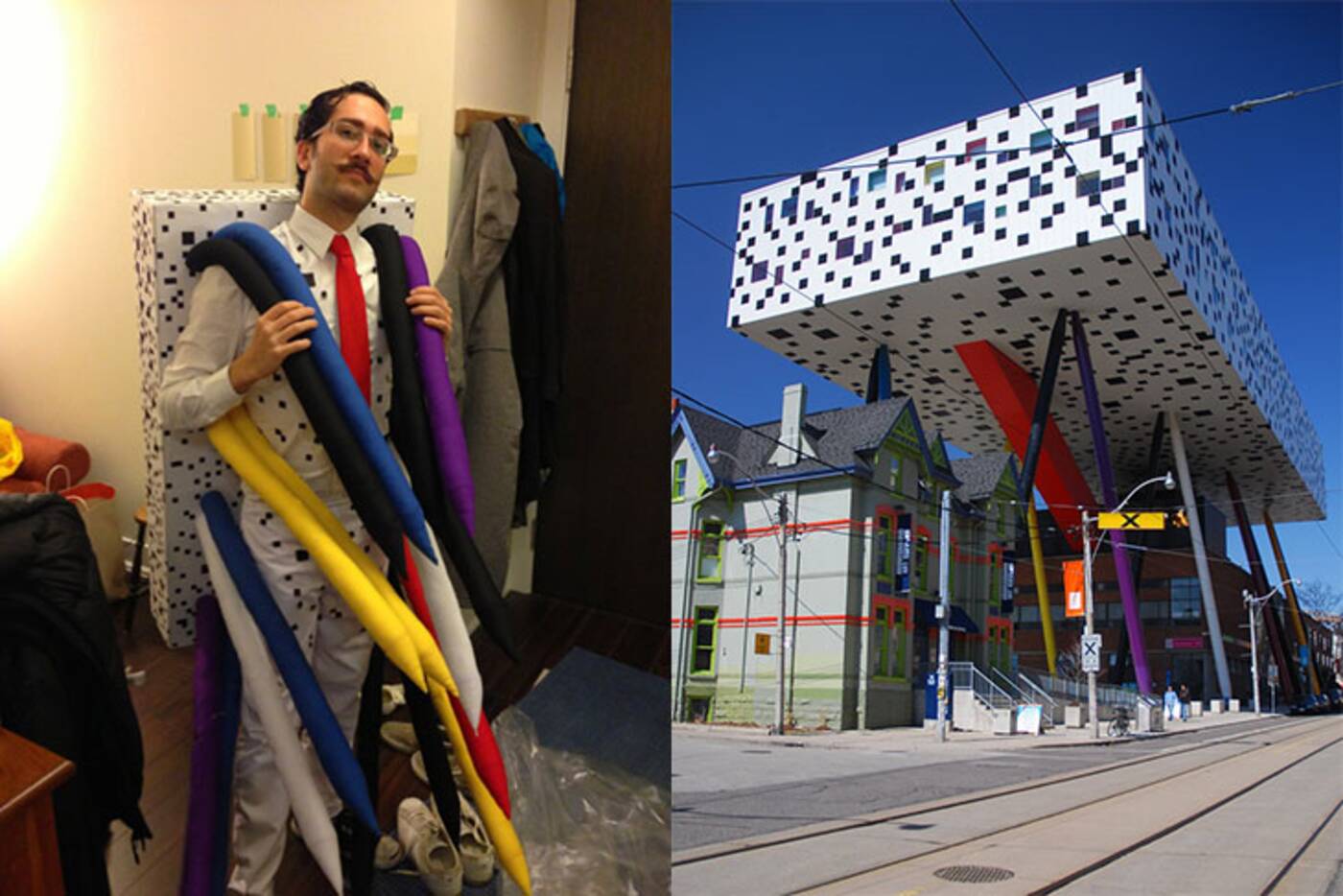 Rob Shostak as The Sharp Centre for Design at OCAD University. Photo via rodasho.com.

"While many may break out the sexy kitten costumes for Halloween," Shostak writes on his website, "I take it as an opportunity to show my affection for the cities I live in."

This year, his costume took inspiration from a news story that dominated our feeds throughout the spring and summer: the severe flooding of the Toronto Islands.

Shostak, who (unsurprisingly) works at an architectural firm, revealed his 2017 Halloween costume on Instagram Sunday night.

"In memory of Pam McConnell," he wrote, referencing the beloved city councillor who passed away in July.

The comments on his post are already blowing up, and while most of us did not like the actual Toronto Islands flood (which closed down some of the best summer hangout spots for an entire summer), Shostak's costume is a hit.

If the designer were to mass-produce those cute Toronto skyline headband/tiaras right now, he could probably sell 500 of them within 10 minutes.