Coconut creme brulee is the latest item you can order online from one of the many ghost kitchens popping up in Toronto, this one specializing solely in the crackly, sugary treat.

Crystal Creme makes creme brulee in lemon, coffee, coconut ube and vanilla cinnamon flavours. Jars are $6 each, and all you have to do to order is DM on Instagram. 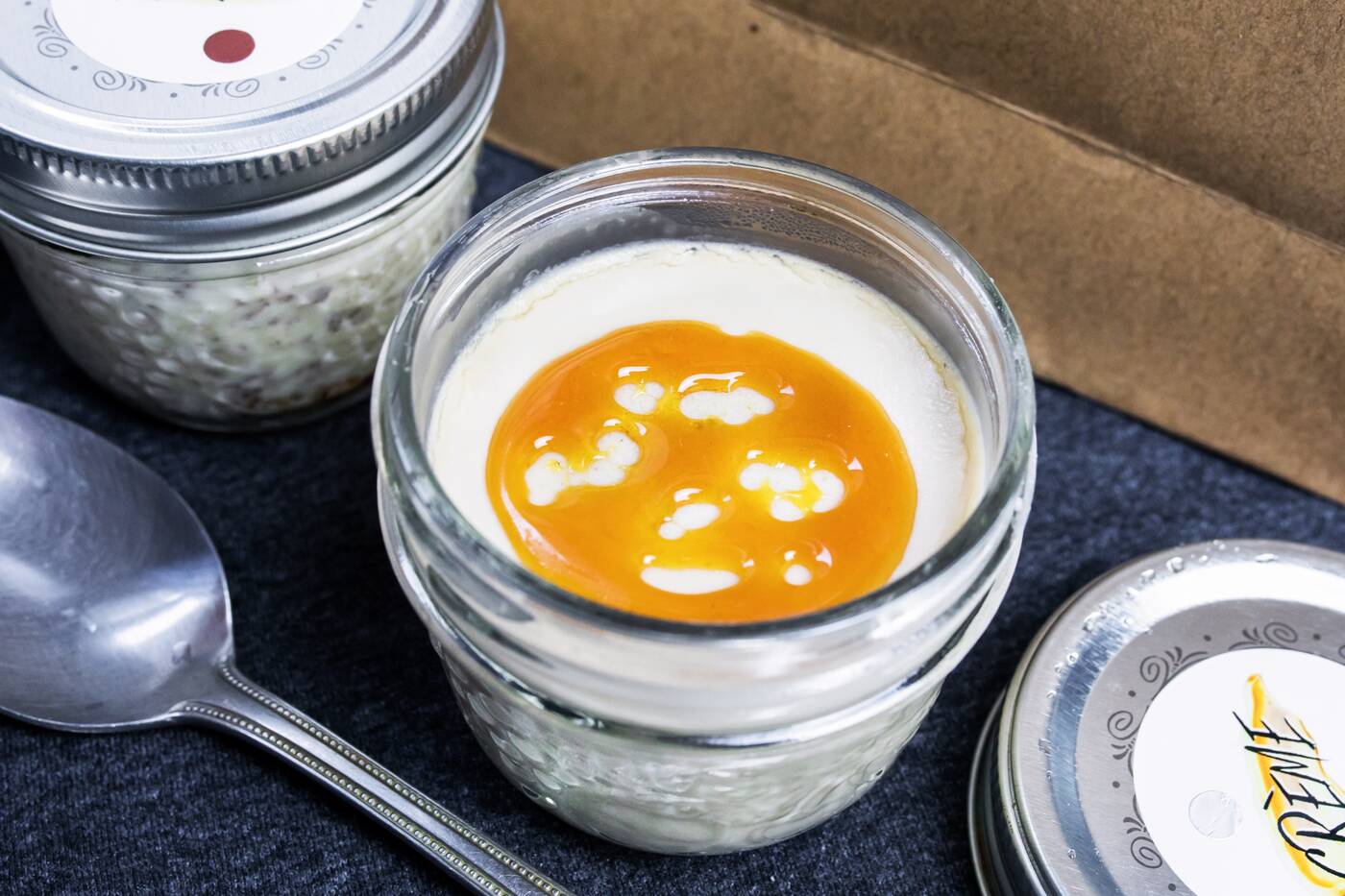 "I was placed in a situation similar to many people where I was permanently laid off due to COVID, and my wife Kerrie was temporarily laid off too. I've been cooking for many years now so it was heartbreaking to lose my job. So after some thought I made a hard decision to move into another career," Alain Tungul of Crystal Creme told blogTO.

"My friends and family supported the change and since at the time it was the holidays I wanted to give a special thank you to them for supporting me in my career change. Instead of buying presents for them, my wife told me to make something special instead. So I came up with creme brulee." 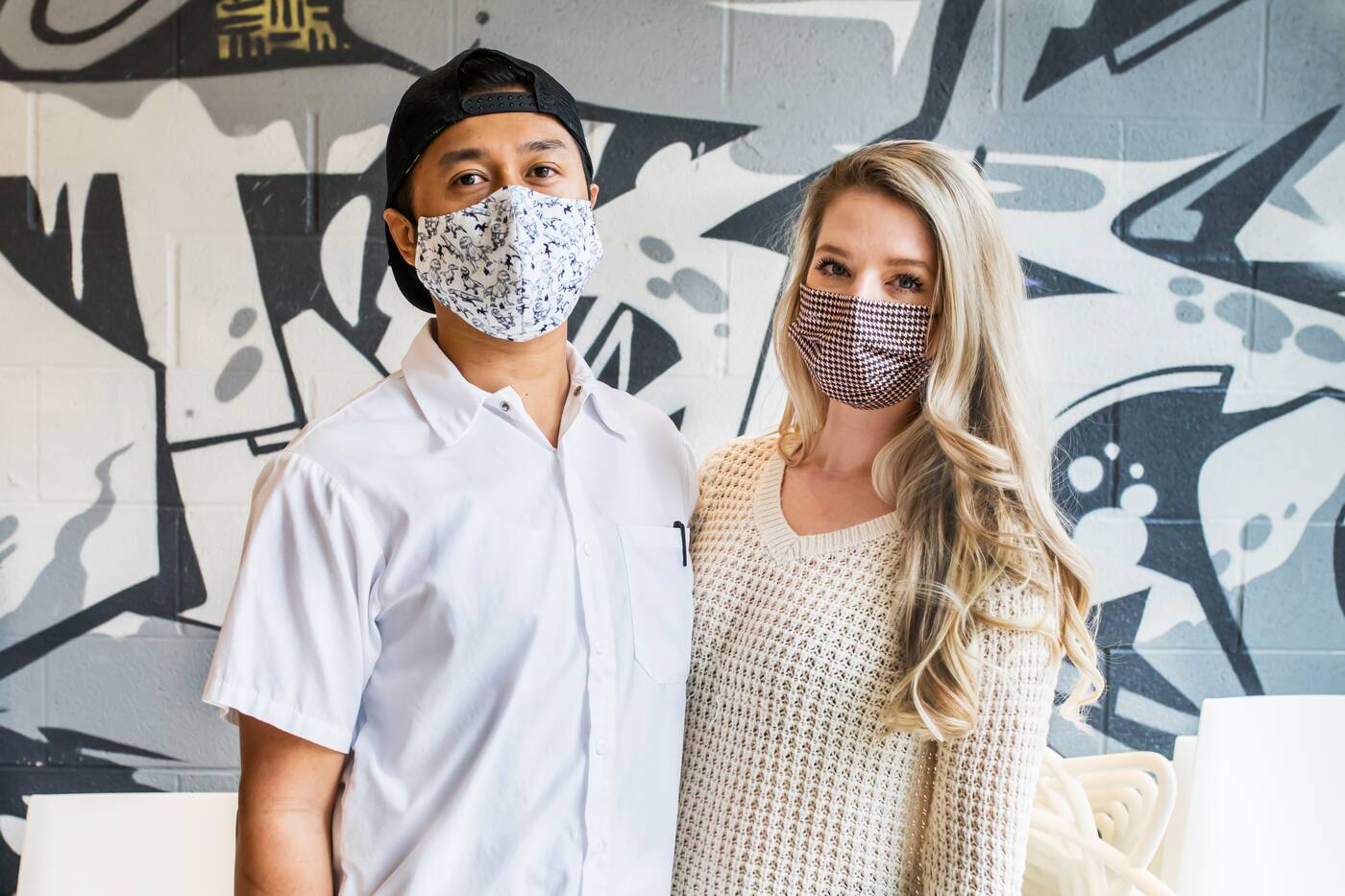 Pickups of the creme brulee are always free, but when demand for the product began to increase Tungul had to start charging a $5 to $10 delivery fee based on area. 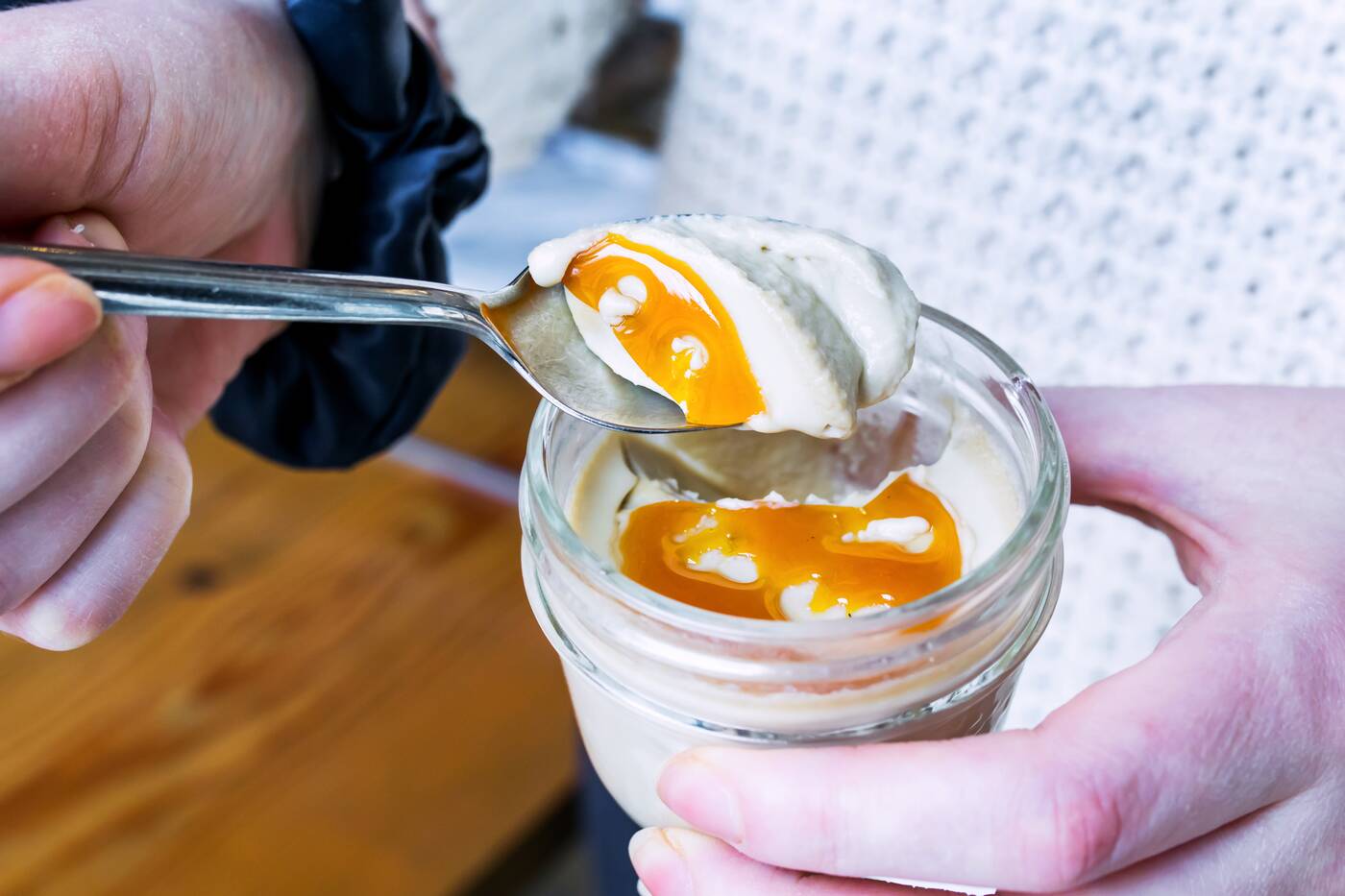 "My wife and I dropped them curbside to our friends and family before Christmas and after trying the creme brulee they called me back asking if they can order some for their families and friends, and it pretty much took off from there," says Tungul.

"So my main customers have been my friends and family, but the word was starting to spread so I officially started an instagram page about a week ago." 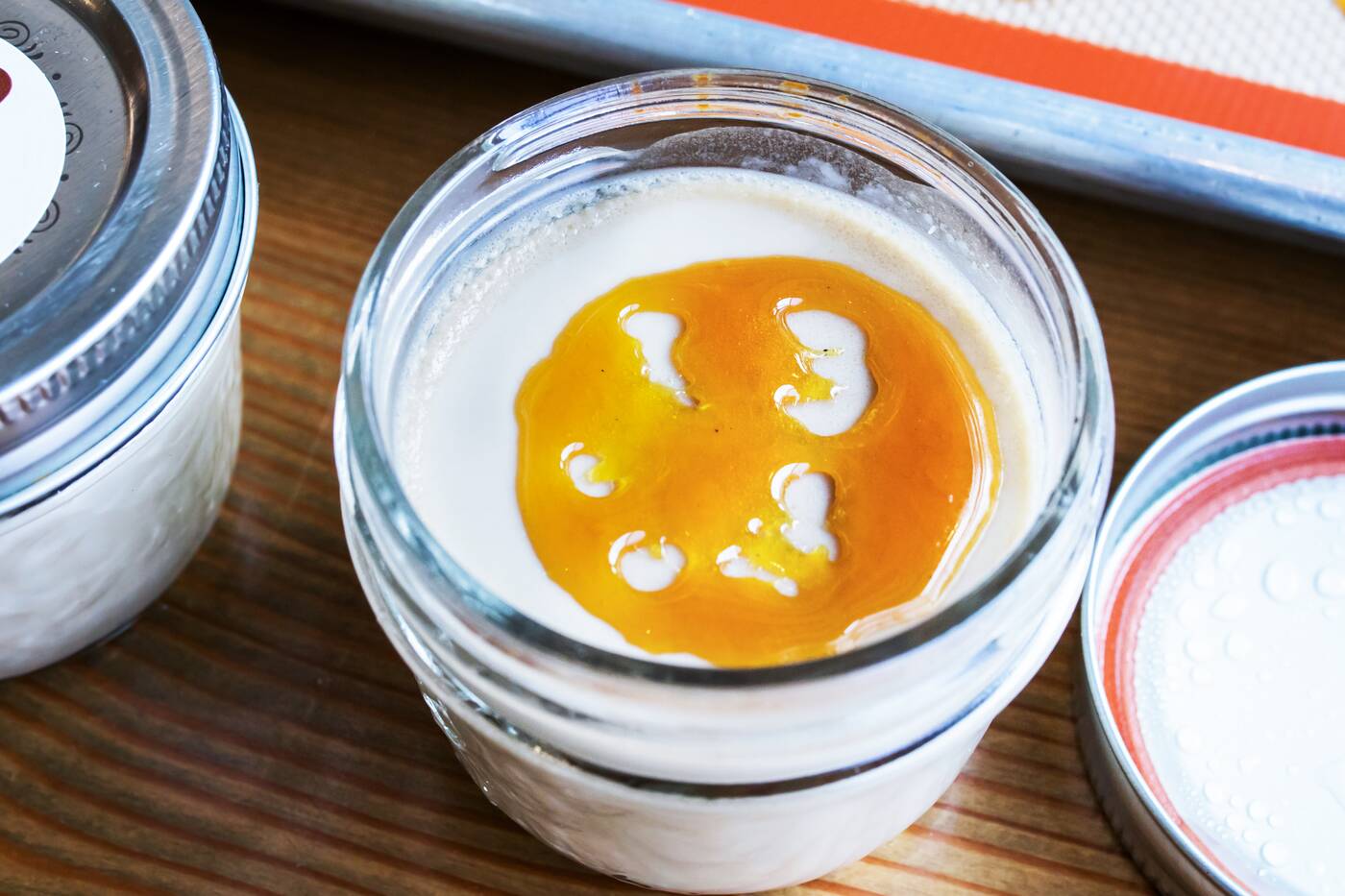 Tungul is also toying with trying out the idea of a ruby chocolate and raspberry creme brulee for Valentine's Day. 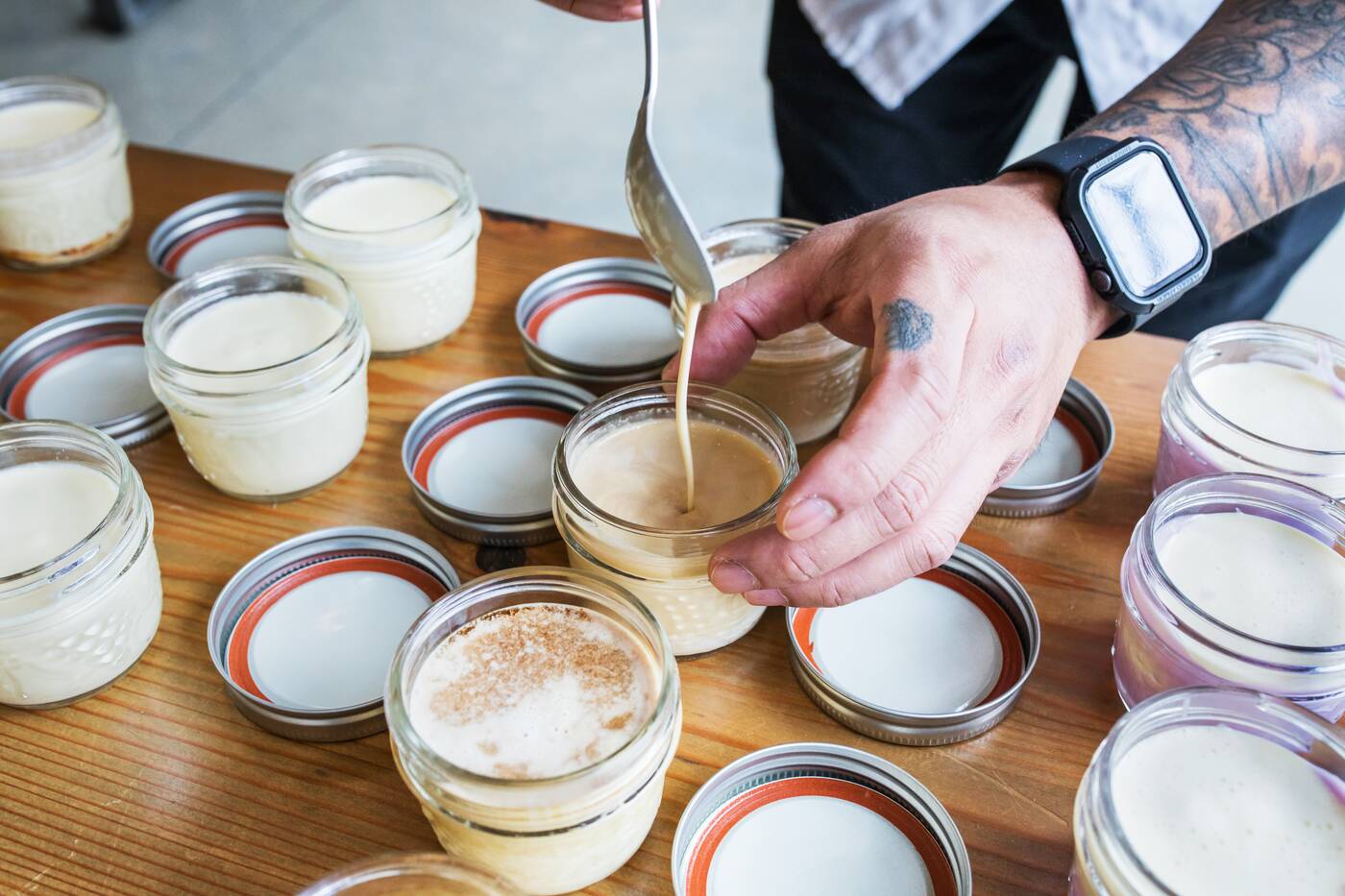 "I use a basic creme brulee recipe, but reduce the amount of sugar so it's not overly sweet. The first three flavours I came up with were coffee, lemon, and vanilla cinnamon. To me those three flavours are used often in many forms of desserts and always turn out delicious," says Tungul. 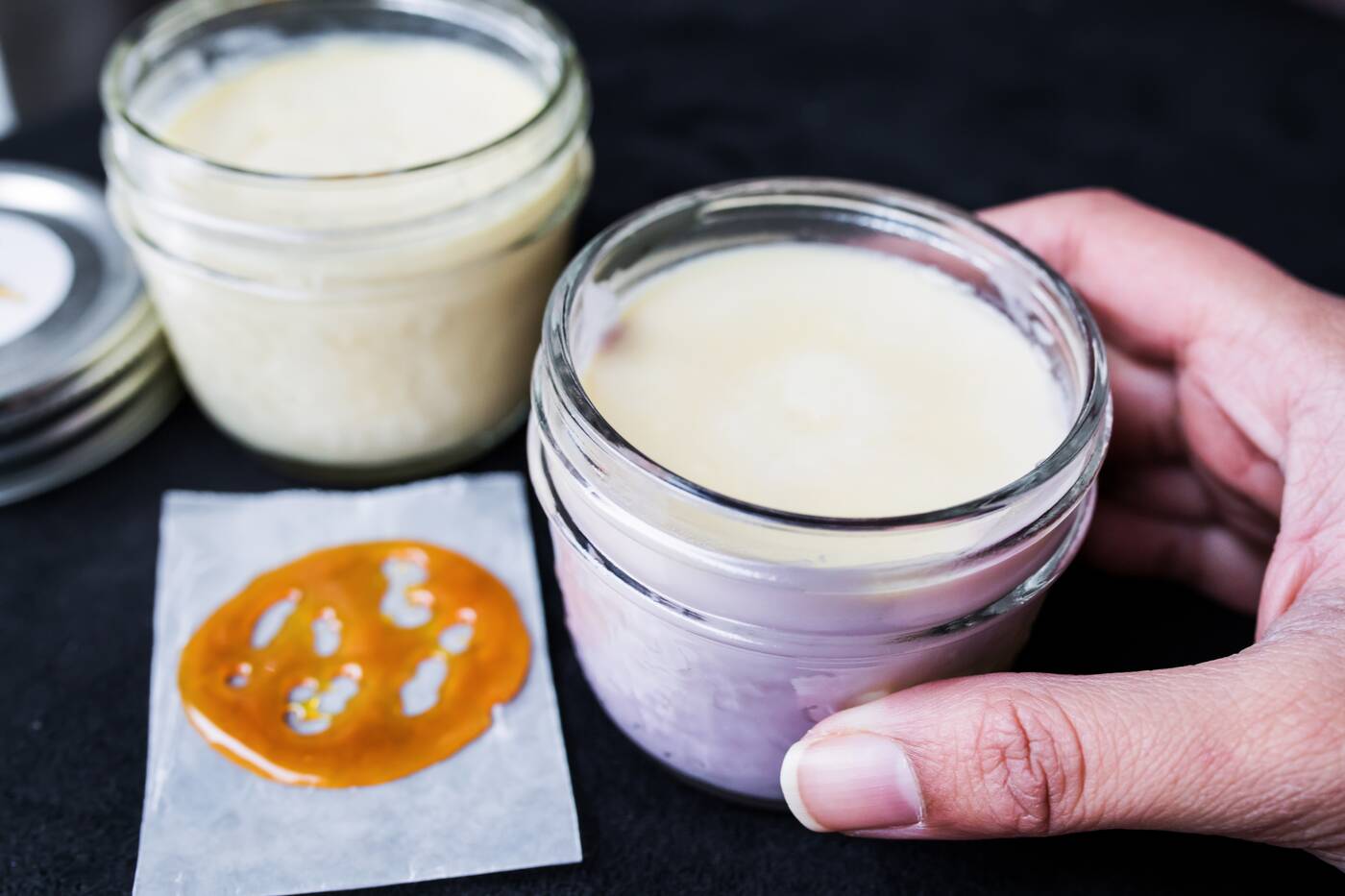 However, when it came to coming up with an even more original and tempting flavour combination, Tungul turned to his own culture. 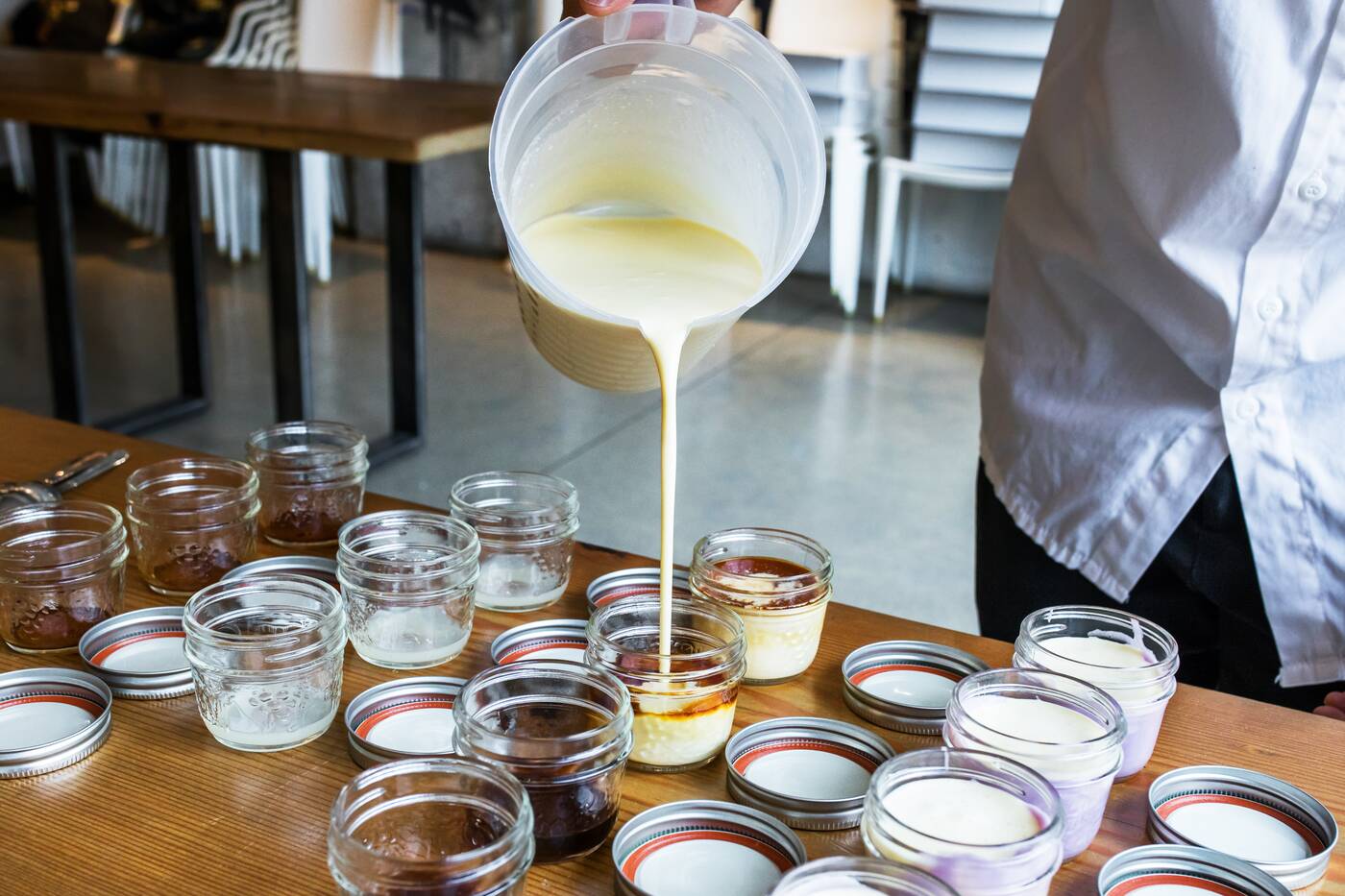 "Being born and raised in the Philippines, and being part of a big Filipino community, the one flavour that's predominant in our culture is ube, and immediately it was a hit, even for those who have never tried ube before," says Tungul. 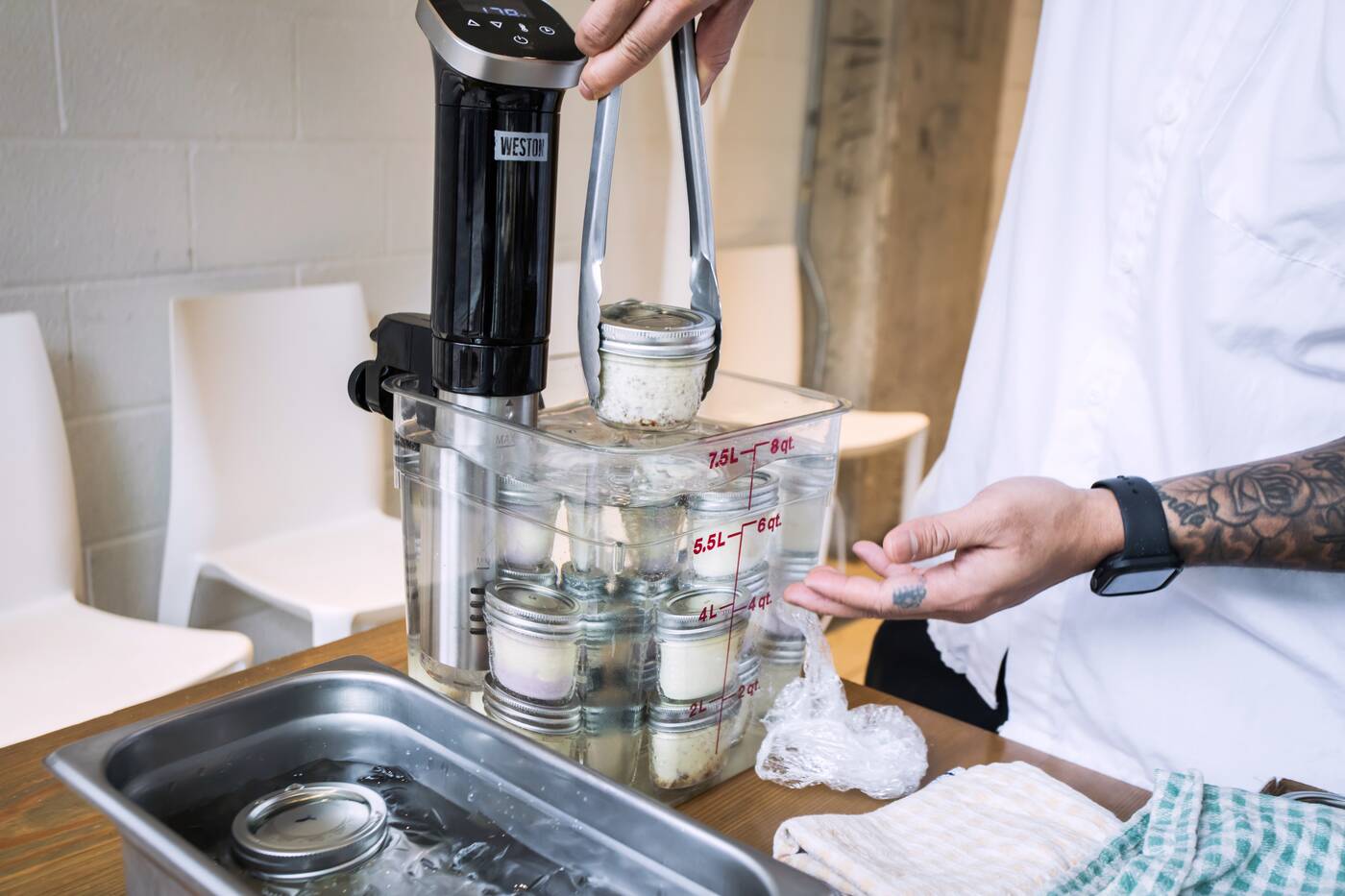 "I added a bit of coconut in the Ube mix as well and it turned out great. So for now I have the four flavours I'm offering. I use 125ml mason jars and sous vide them to cook. After they are cooked I chill them in an ice bath, dry, label, and done." 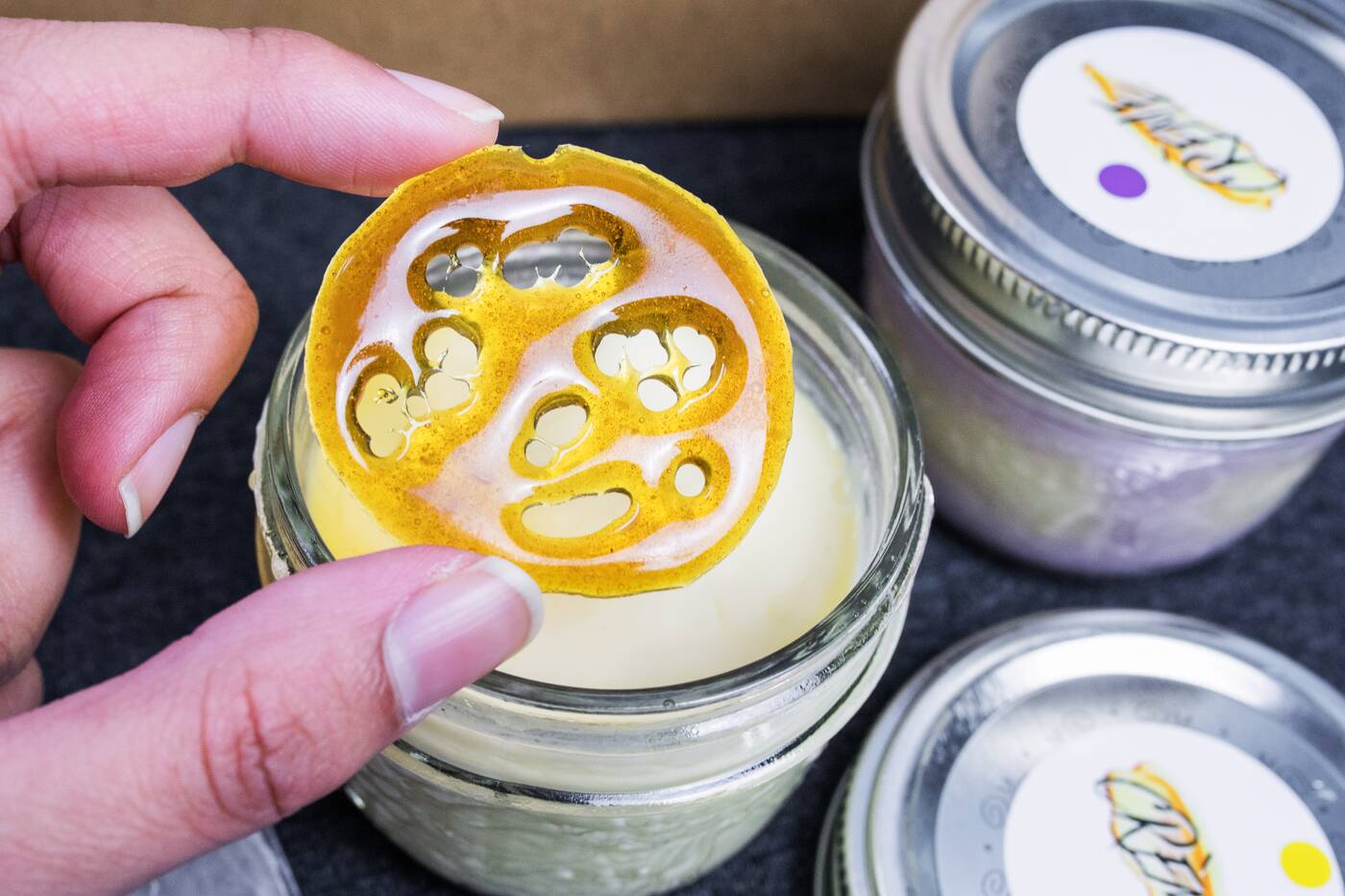 It's not just the flavours that make Tungul's creme brulees different from others. 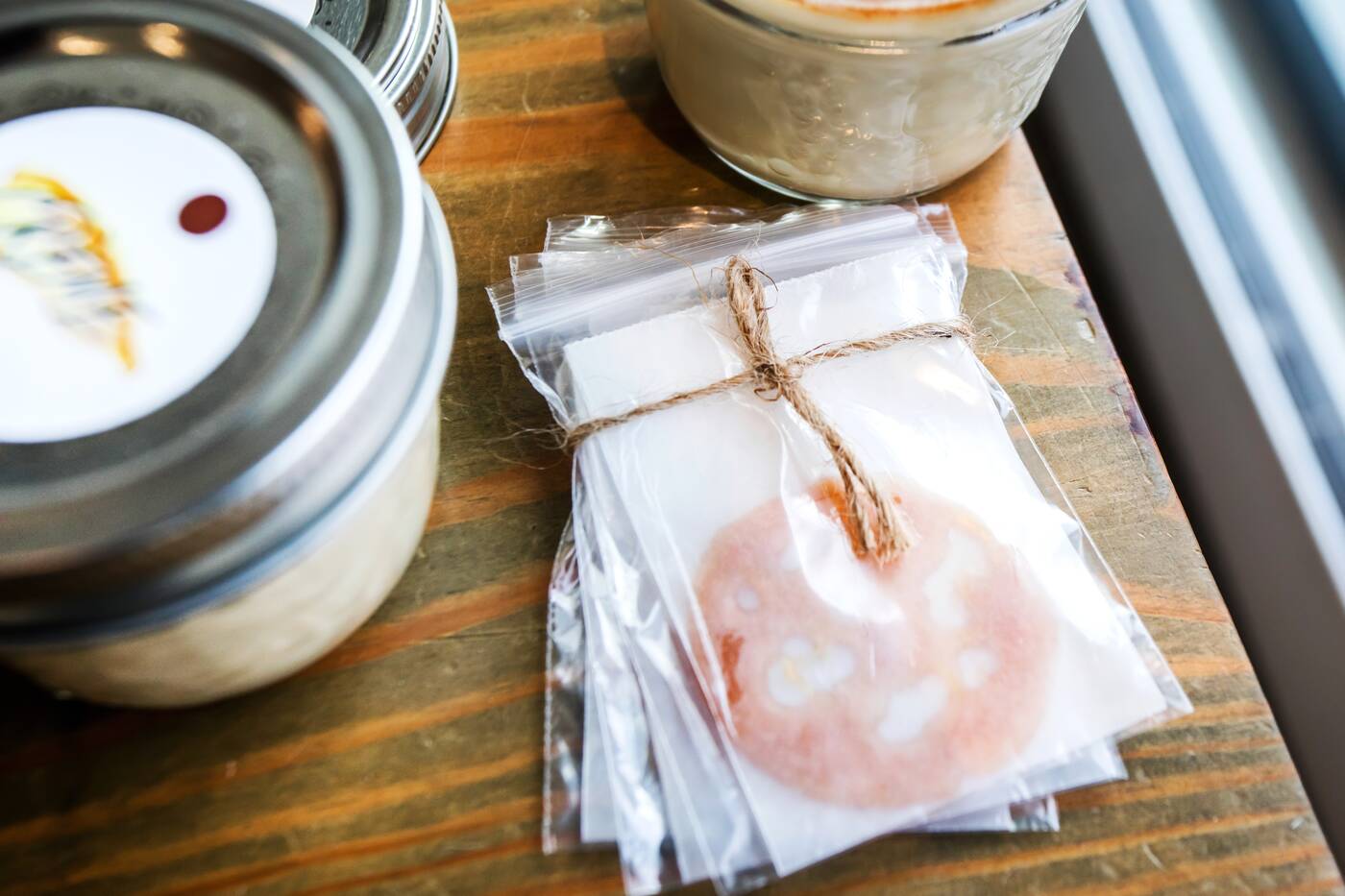 He also eschews the typical method of literally "bruleeing" the top of the dessert for a more travel-friendly seperately packaged gluten-free "sugar crisp" topping. 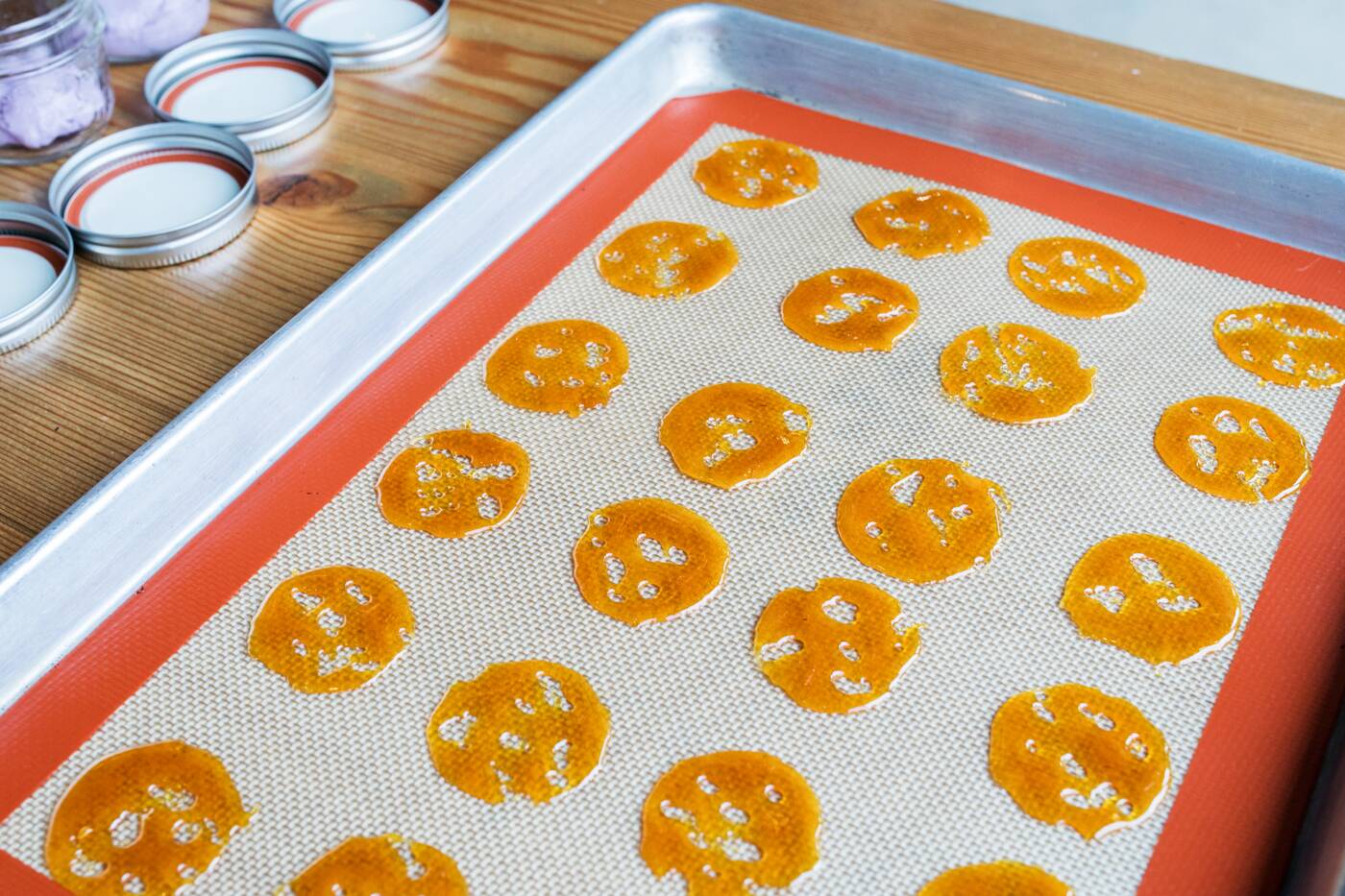 "As for the sugar, there was a lot of experimenting at first, but essentially I decided to go with a sugar crisp that is packed separately," says Tungul. "The idea was to be able to serve that classic crack with the spoon as you eat and enjoy the creme brulee." 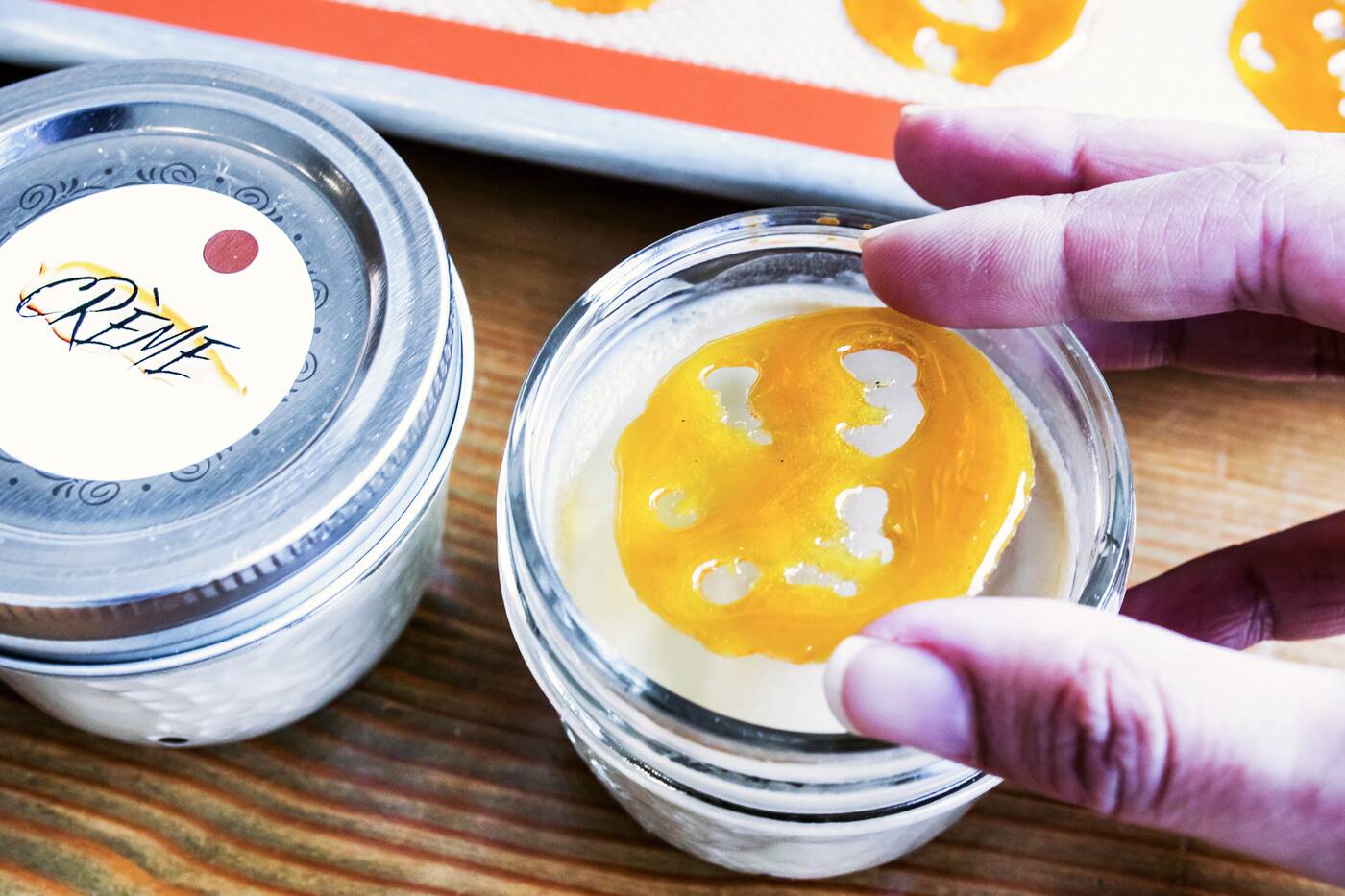 While it's not exactly the same as the experience you'd get in a restaurant, people are yearning for any approximation of fine dining and any treats to comfort themselves right now, so the creme brulees are selling well. 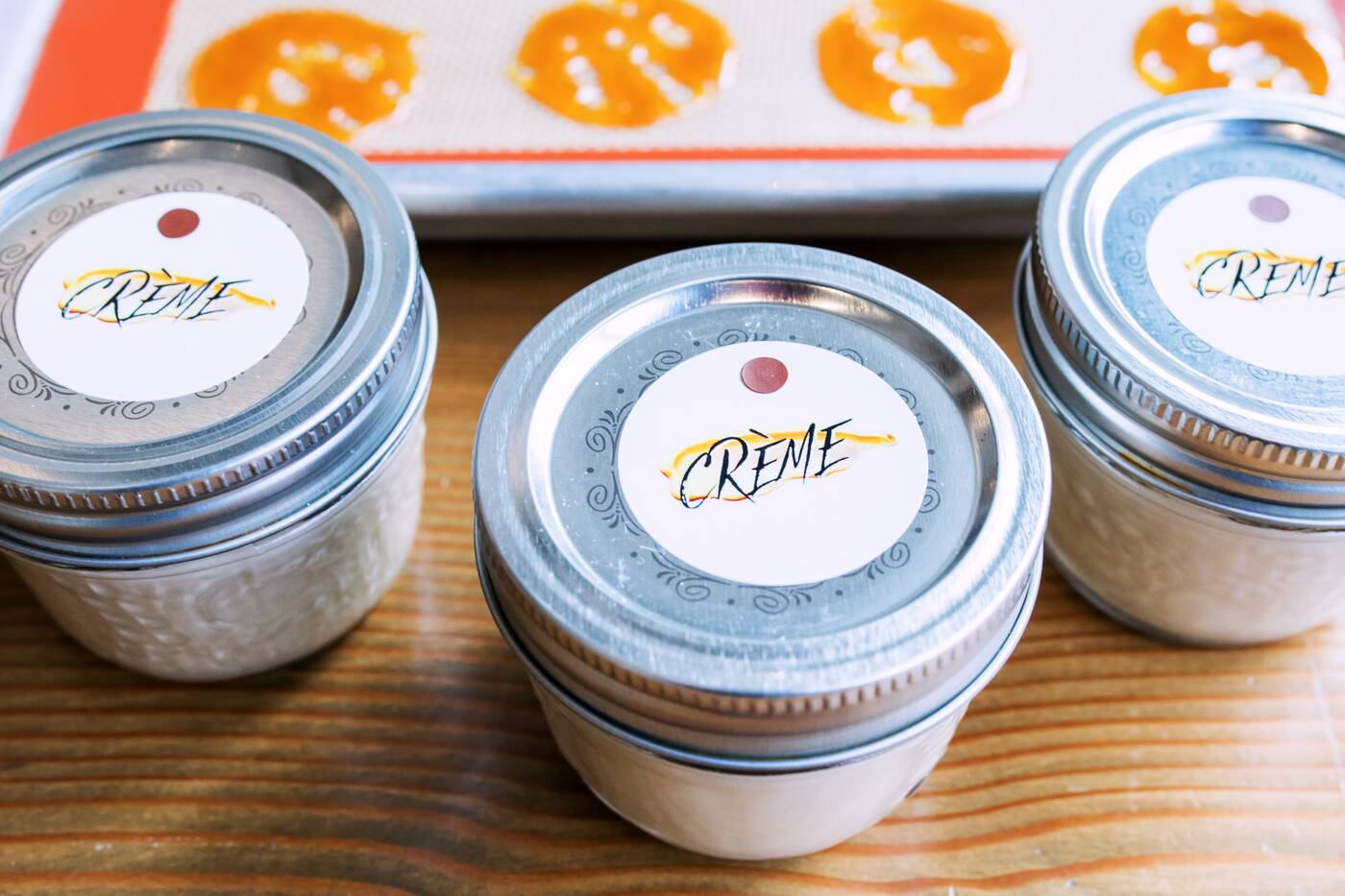 "The response to the creme brulee has been surprisingly incredible, which was a big deciding factor that made me offer them publicly. I have many return clients that can't seem to get enough of them," says Tungul.