Meet the woman who might be Toronto's Queen of Cheese

Near the corner of Baldwin & Kensington, sandwiched between the venerable green awning of Tom's Place and Sanagan's serpentine sidewalk queue, the bright yellow facade of Cheese Magic has peddled its caseus charms for over a quarter-century.

Its proprietor, 58-year-old Singaporean-Canadian Ping Chiu, has been a Kensington Market mainstay for longer still, ever since Art Eggleton’s tenure as mayor, half a decade before the Blue Jays won their first World Series.

Since opening the store in 1987, she has borne direct witness to the changing face of the Market, and despite gentrification claiming the small, independently-owned businesses of many of her former neighbours, she plans to remain for many years longer.

Chiu came to Toronto in 1985, after completing a degree in Film Studies at the University of Windsor. She worked under Jon Slan — co-founder of YTV and board chair of TIFF, when it was known as the Festival of Festivals — at Paragon Entertainment on Richmond Street for close to two years, but found herself dissatisfied with her position.

"The film industry was dead that year. There were a lot of filmmakers and screenwriters being turned away. I wasn't doing anything except making coffee, picking up dry cleaning, and looking for lost scripts," she said.

Searching for a new career, she began looking for businesses for sale, considering both a muffin shop and a florist before making the acquaintance of the husband-and-wife owners of John's Cheese House, then located at 149 Baldwin Street, currently home to the Jerk Spot.

"They were an old, grumpy Italian couple, looking to sell. I didn't know anything about cheese or Kensington Market. I grew up in Singapore, where I never ate cheese, but it was close enough to walk over from Richmond to check out during my lunch," she said.

"I spied on the business from outside for weeks to make sure they had the customers they said they had, and finally with all of my guts and a big loan from the bank I bought the business. John stayed and trained me for two weeks."

Her mother and then-husband helped her open the store.

"We had a freezer we pushed onto the sidewalk that had fresh pastas, as a backup. We didn't have much cheese then, maybe fifty kinds. Now we have closer to two hundred." 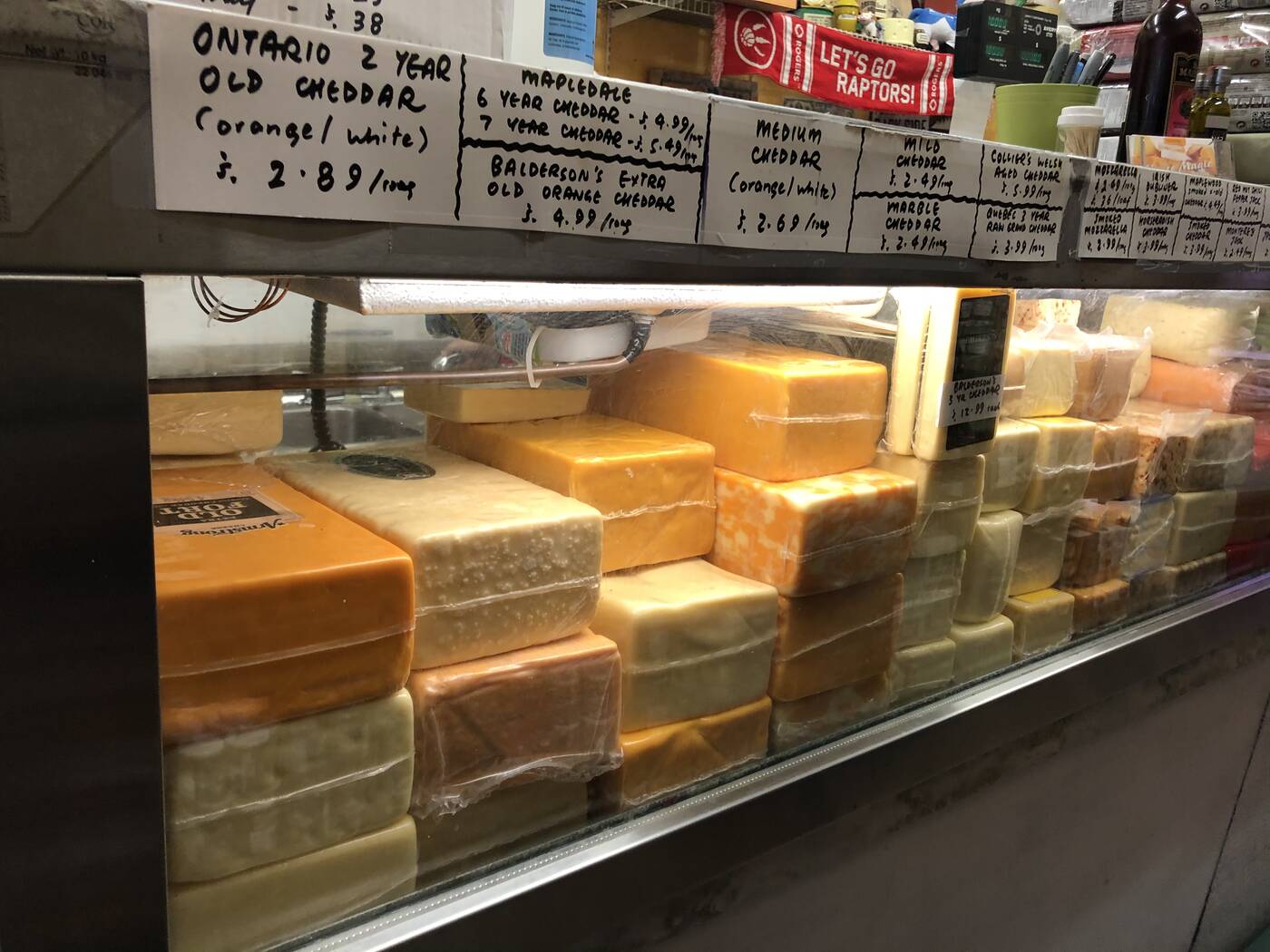 The current address, 182 Baldwin Street, was formerly the second location of the House of Spice, before a fire and a legal dispute between the Ukranian brother-and-sister owners rendered it vacant for two years.

"It was perfect. I scrambled for money again, got the mortgage, secured the spot, and moved the store over on Victoria Day weekend, 1994," Chiu said.

"I now own the building, and I live above it. That's the only way I'm remaining in business. If I had to pay five thousand dollars a month in rent, I wouldn't be here. I consider myself to be working from home." 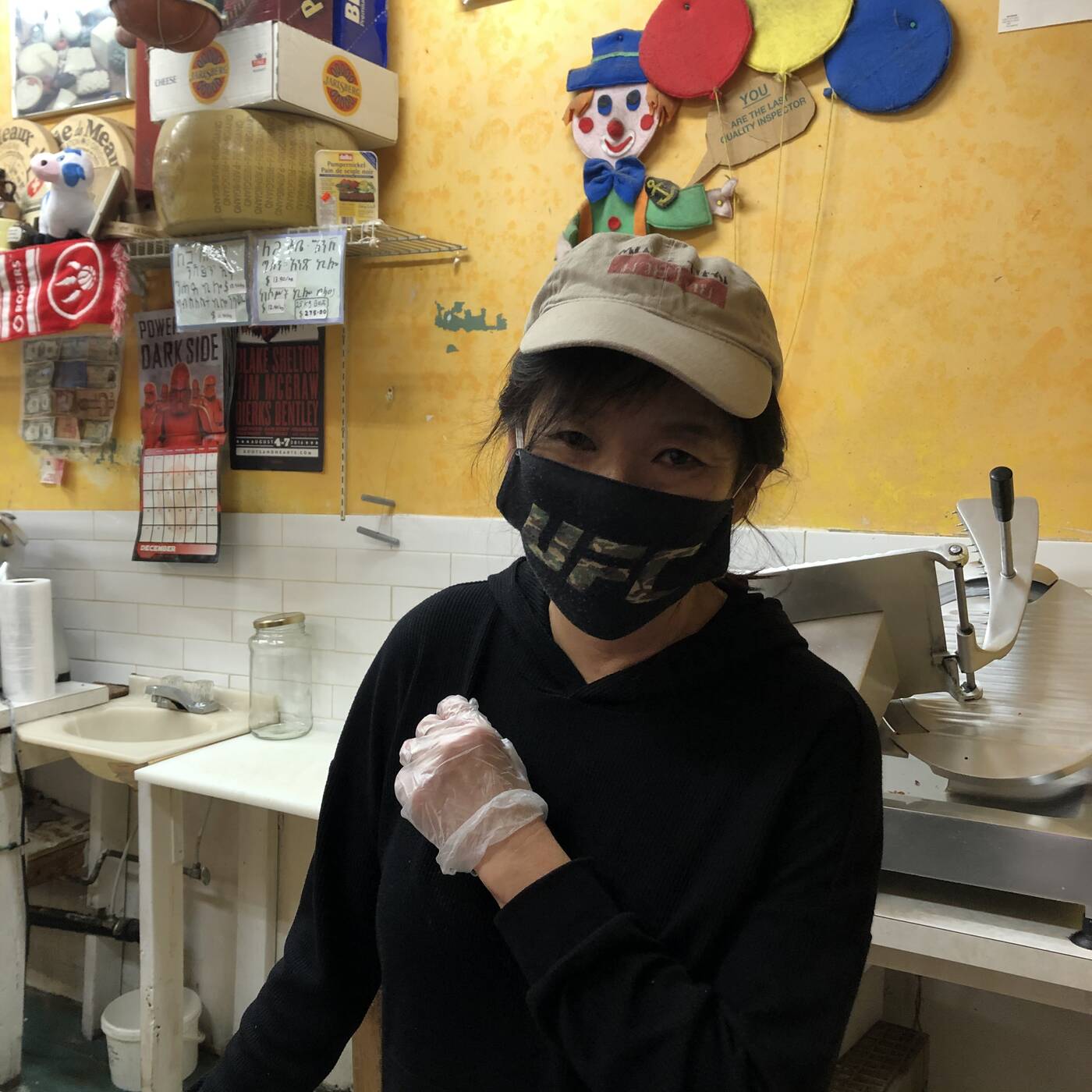 Cheese Magic has been purveying provolone, pecorino, prima donna, and hundreds of other cheeses since. In order to adapt to her customers' changing tastes, Chiu has adjusted her wares accordingly.

"People are cutting down a lot on 'normal' cheese in the last ten years. Cheddar, mozzarella, stuff like that. They have fancier tastes now, and would rather get 100 grams of several fancy cheeses than buy a pound of mild cheddar. When you have a cheese board at a party, you want to show off to your friends."

"You can get cheddar or mozzarella anywhere, but you can't get dutch black lemon gouda or rosemary iberico goat milk except in a place like this. Stronger cheeses, with a bite. Beemster, spanish Manchego. Truffle-infused cheese." 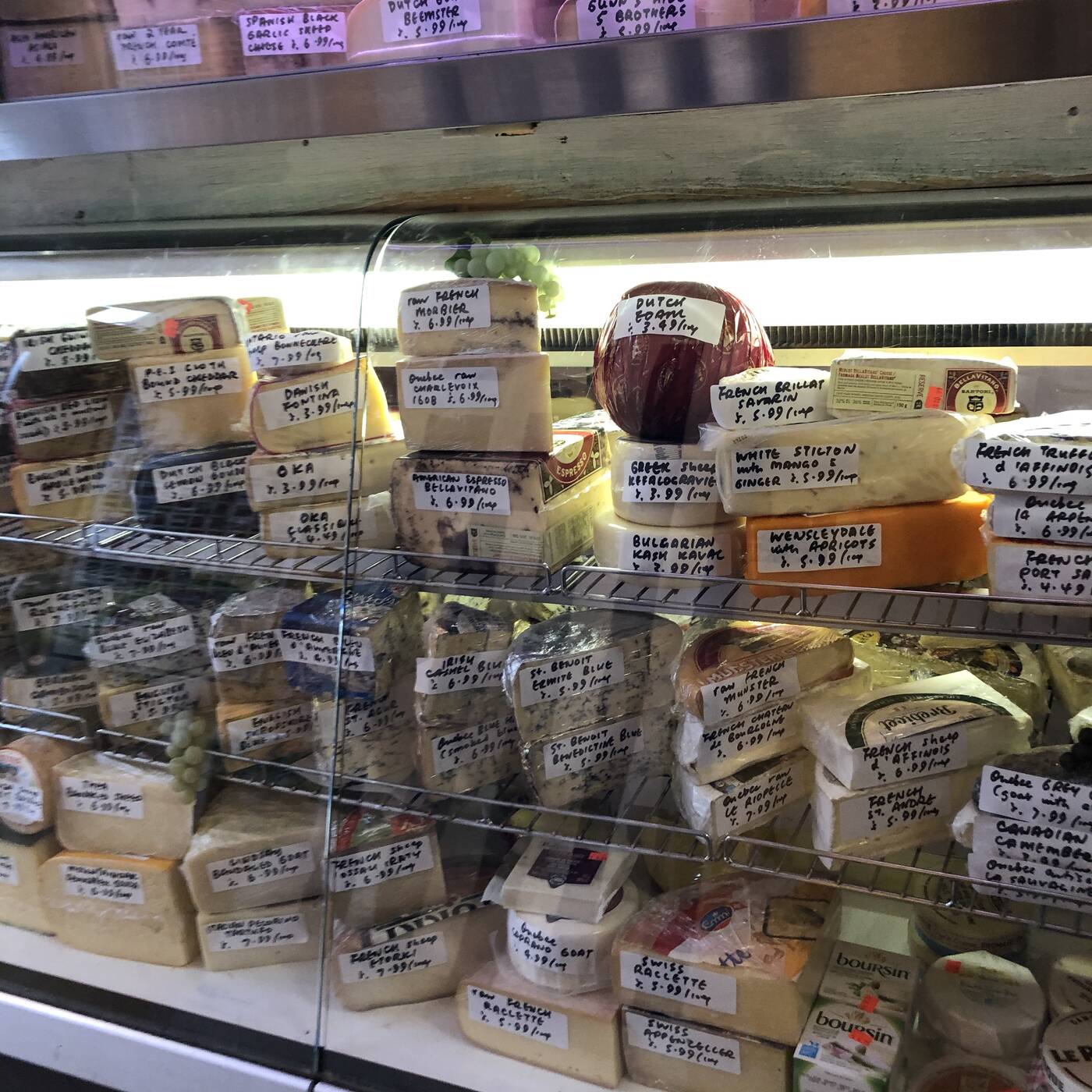 She said the store still has a few regular customers from 33 years ago.

"Over the years they have become more like friends. I know all of their names. In natural time, some move away, and new people move into the neighbourhood. We say goodbye, and we welcome the new people the same way."

This shift to more artisanal offerings is reflected in the neighbourhood at large. The delicatessen next door, European Quality Meats, in operation since 1959, closed in 2012, and was replaced by Sanagan's Meat Locker.

Many of the area's traditional grocers have been similarly supplanted by upmarket foodmongers, bars, restaurants, and — most recently — marijuana dispensaries, both legal and illegal. 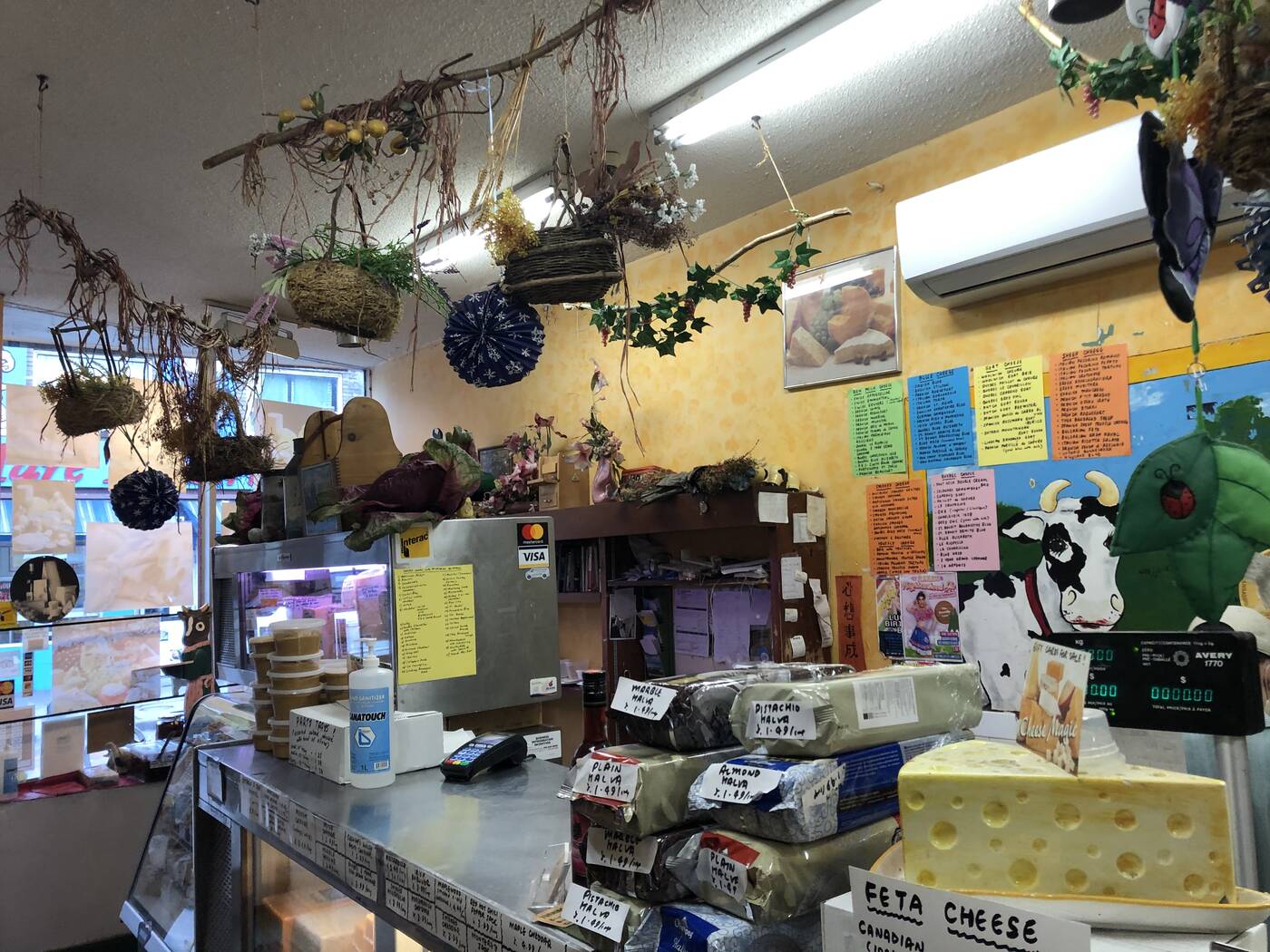 "The grey market dispensaries really changed the neighbourhood before they got shut down. The landlords jacked up the price of rent, because the dispensaries could afford it. After they were forced to close, the rent didn't go back down. The landlords would prefer to have the buildings stay vacant. They ask for triple the price once a lease is up."

She added: "It's like my neighbours down the street at Casa Acoreana. It was owned by a Portuguese man, by the name of Ossie. His family had the business for fifty-odd years. He was forced to move out."

Chiu opened and operated the beloved My Market Bakery in the building next to Cheese Magic from 1997 to 2014, until rising rents spurred her to sell. It went through several other owners until closing ignominiously in 2016, amidst allegations of unpaid wages. The mismanagement of her former bakery has made her reluctant to ever sell Cheese Magic.

"I've thought of selling the business a few times so I can spend more time with my mom in Singapore, but then, how am I going to explain to customers that I'm disappearing from the Market? I just don't have confidence in anyone taking over and doing a good job. You need some dedication," she said.

"At the beginning of the pandemic, all of my employees stayed home. It was two whole months on my own. They've since come back, but I still work more now, so I can keep the customer's prices the same, even if mine have gone up."

"I opened the store when I was 25," she went on. "My kids are 27 and 30 now. I'm a grandma to a 20-month-old baby girl. My daughters were thinking that the pandemic was going to be very slow for business, so they advertised free deliveries for me.

"My younger daughter and her boyfriend would deliver a few times a week. It helped keep people home. During the lockdown, you still see long queues for places. Especially now, in this cold, I feel sorry for the people waiting." 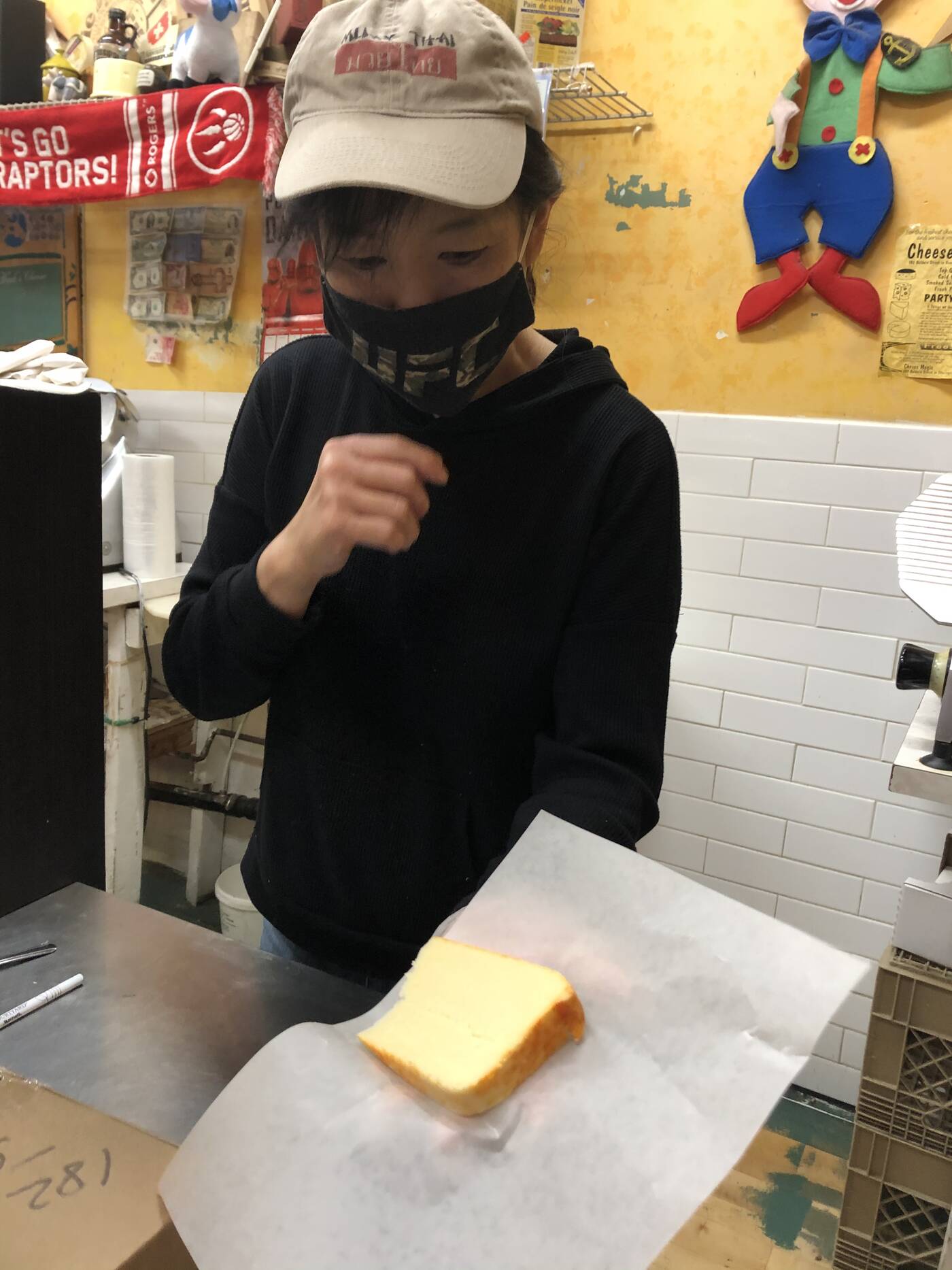 No matter how Kensington Market has changed, Chiu loves her neighbourhood, and is a frequent patron of its many establishments.

"I go to Blackbird Baking, Kensington Fruit Market, Wanda's Pie in the Sky. I pick up lunch for my cheese guys from KOS. I like the empanadas at Latin Taste, the curry goat roti at Golden Patty, and the pasta at Rasta Pasta," she said.

Chiu is as emblematic of Kensington Market as Al Waxman, the eponymous King of Kensington, whose bronze likeness presides over the southwest end of Bellevue Square. She bridges the expanse between the Market's humble, multicultural past and its nebulous present.

As businesses all over the city continue to close due to the massive economic impact of COVID-19, this small, unassuming storefront owned by a first-generation Canadian continues to sell cheese to its loyal, discerning patrons in much the same way it has done for the last thirty years.

"I'm proud to be a Torontonian. I love this city, and I love this country. There's so many ethnic groups that get along well with each other. Especially living in Kensington Market. It's such a vibrant part of the city to live in. I really like cheering for our sports teams, especially the Raptors."

She added: "I don’t think I can live in Singapore any more. It's way too hot for me." She paused, smiling. "Though, I wish Singaporean food was better here." 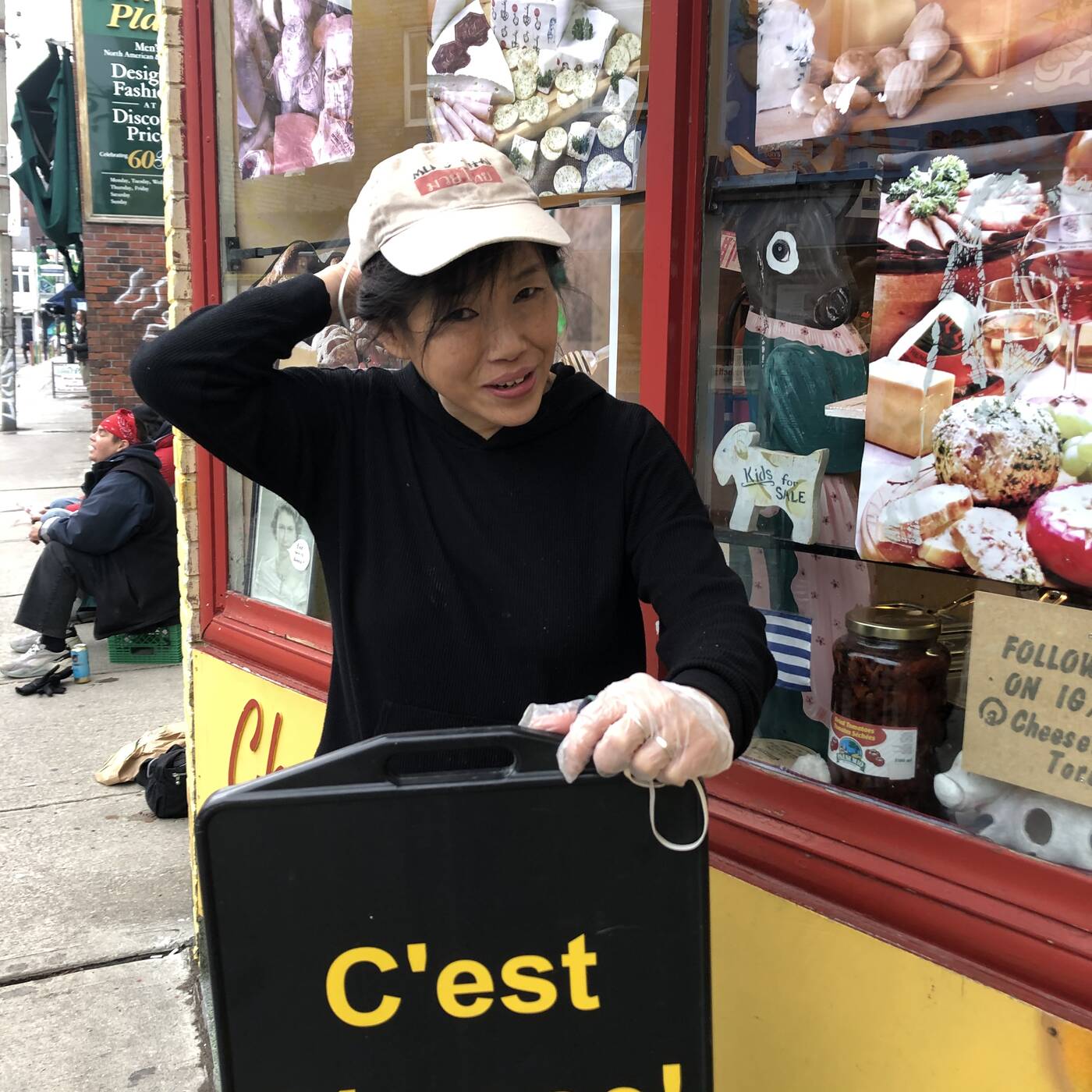