Casa Acoreana has lived many lives in the half century it's spent on the corner of Augusta and Baldwin. The cafe is now known as one of the Market 's staple coffee shops, but that wasn't always the case.

When it opened its doors in 1963, it was a grocery store, and people would stop in to buy cigarettes and shop for ingredients for dinner. Then, in the '70s, owner Ossie Pavao tells me, a man named Johnny Vince came to the neighbourhood and started selling bulk food items, like nuts and beans, from the back of his VW van.

Casa caught on to the growing bulk food trend, and added that to its sales repertoire. 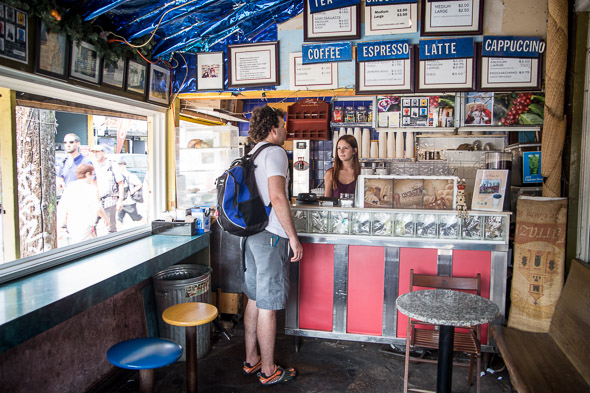 In soon became clear, though, that coffee was Casa's true destiny. Pavao tells me he and his brothers used to give customers cups of coffee to sip on while they shopped, until they noticed more people were starting to come in just for the coffee.

That's when they added a cafĂŠ portion in a three by four foot space on the side of the building, and Casa Acoreana as we know it was born.

I've been to Casa Acoreana many times, and I've never been there without seeing Pavao behind the counter. He knows his customers by name, and he says it's not uncommon for him to have served two or three generations of the same family. 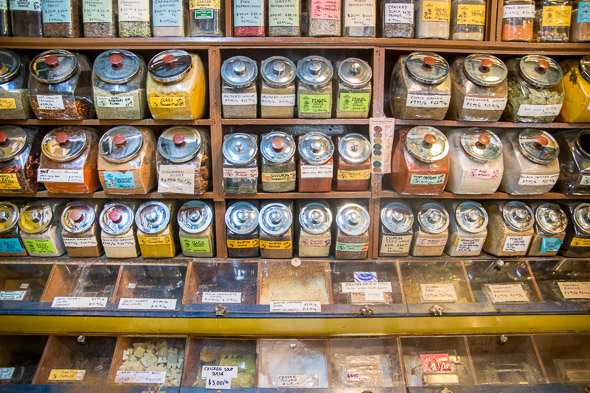 When my cousins introduced me to Casa Acoreana, they told me it was some of the best coffee in the city, and they'd sometimes come from the Beach just to get it on Saturday mornings. I was not disappointed by the recommendation.

They make the most scrumptious lattes (a medium can be had for $2.75). And in the winter, their hot cider is one of the most calming beverages I've ever consumed. They still sell bulk food, too, in the part of the building that runs along Baldwin - everything from spices, herbs and nuts to figs and gummy worms. 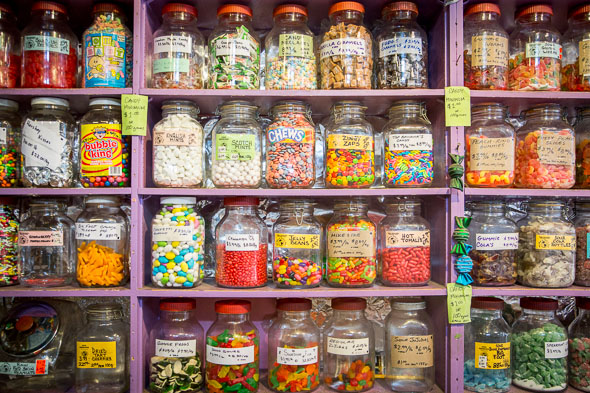 Casa Acoreana may be known for the classics, but Pavao's always trying new things. They now serve affogatos ( now seemingly ubiquitous in Toronto ) which are made by pouring an espresso over a scoop of vanilla ice cream (in this case, from Kawartha Dairy ). 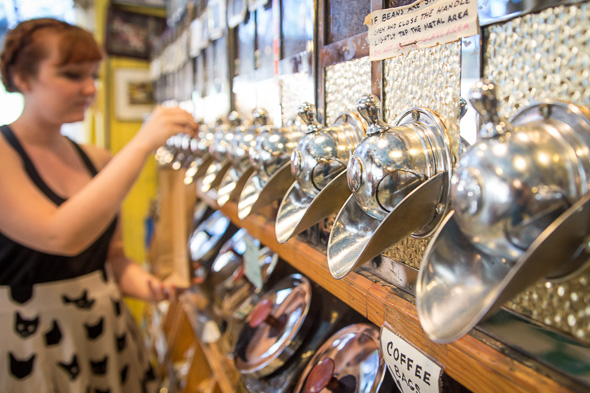 The other thing about Casa Acoreana is that it goes a step beyond fair trade, and serves direct trade coffee. All of their coffee comes from Reunion Island , which helps farmers understand exactly what each bean is worth so that they can fairly conduct their own deals.

"I may pay more than others, but I know where it's going." 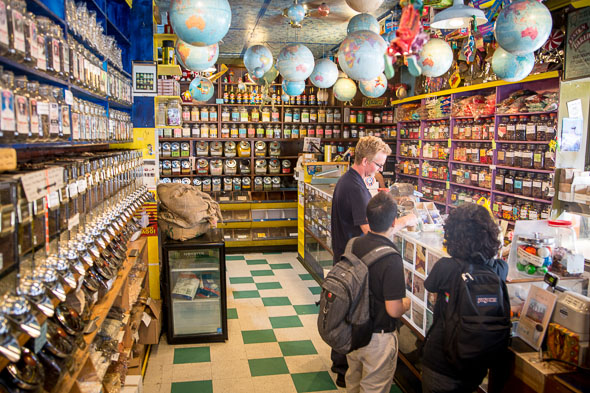 The homey operation that is Casa almost had to close its doors in spring 2013 , after they learned the owner of the building was considering raising the rent and possibly making way for a bigger, corporate tenant.

That didn't happen, though: negotiations were made, a heritage study was put underway, and Pavao re-signed the lease, taking over the office space upstairs, as well.

Kensington Market is under threat of changing all of the time , but it's got a resilience, and it's the spirits of people like Ossie Pavao, who have been in the neighbourhood for years, that give it that power. Whether you're looking for a little history lesson on the market, or just a cappuccino, I suggest paying Pavao a visit. 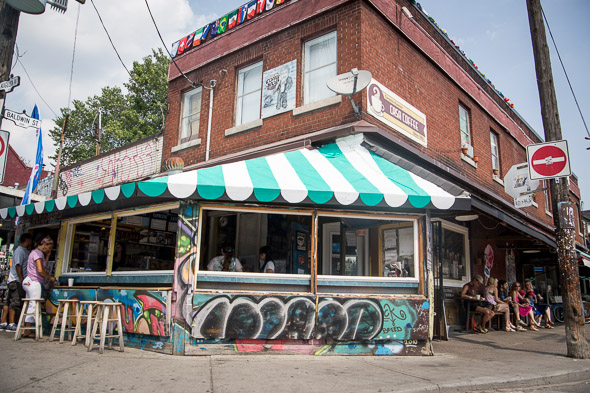